Ah, drama. We all love it. In the right dosage, it delivers the exhilaration of excess, that sense of something being just a shade too much for this mortal life to hold. And a dram of Rémy Martin Louis XIII Cognac is a perfectly calibrated dosage. Everything about this rare cognac is done with delightful, freewheeling, un-selfconcious hyperbole, and to partake in it is to throw up your hands and surrender to the joy of the drama. We are offering two bottles of Louis XIII in our Auction of Fine Wine & Rare Spirits, and to do justice to the label's full-bore commitment to being extra, we've catalogued some of our favorite of Louis XIII's more dramatic attributes.

Each bottle of Louis XIII contains a blend of up to 1,200 of the finest eaux-de-vies from the Grande Champagne region of France. The youngest of these is at least 40 years old, the oldest 100. It takes generations of cellar masters, blending and re-blending, to create the final Louis XIII product. Many times the cellar master who puts an eau-de-vie to barrel will never see the result of their work. They trust in the expertise handed down from master to apprentice to see their vision to fruition.

And a note about those barrels. Louis XIII eaux-de-vies are hardly left to age in any old tree trunk. Ah no, they are practically given a glass of hot milk, sung a lullaby, and tucked up snuggly with a kiss on the forehead, into tierçons: thin-walled barrels of French limousin oak originally made to transport cognac by horse drawn carriage. Needless to say, they are no longer produced. These unique barrels impart the silky smooth character that can only come from very old wood, and theoretically have the perfect porosity to allow the eaux-de-vies to gain character from their environment.

The Louis XIII decanter is a very pretty bottle, but in true Louis XIII fashion, it is also so much more than that. In Rémy Martin's own words, every Louis XIII decanter is a crystal masterpiece that "requires the perfect synchronization of 11 craftsmen...in a balletic performance." It was at one point made of glass, but now is produced by France's premier crystal-makers like Baccarat and Cristallerie de Sèvres.

The decanter was famously inspired by a flask from the 1569 Battle of Jarnac that Paul-Emile Rémy Martin, who conceived the Louis XIII Cognac, found in a field in 1851. Rémy Martin has released several special or commemorative versions of the decanter, such as The Black Pearl, made in dark-colored crystal to recall the original metal flask, and a decanter signed by all four living Rémy Martin cellar masters.

The undeniable momentousness of Louis XIII Cognac has, over the years, made it the perfect symbol to accompany occasions of historical import. Rémy Martin started exporting Louis XIII in 1875, not long after its first bottling, and by the early 1900s it was well-known around the world. The Louis XIII web site chronicles all the cognac's cameos at moments of global significance:

Being in the presence of the likes of Louis XIII Cognac seems to amplify our natural impulse to make a statement. Once you're drinking something that sells for between $600-$1000 for an ounce and a half, anything goes. One chef remembers a moment at his New Orleans restaurant when a diner's wife decided that the Louis XIII decanter would make the perfect container for her bubble bath. What could the diner do but buy the entire bottle and order it poured around for everyone in the restaurant so that his wife could take the empty decanter home?

Rémy Martin itself is not immune to Louis XIII-inspired grand gestures. In recent years they have embarked on two creative projects based around the cognac's 100 year process. In 2015, the brand produced a film written by and starring John Malkovich called "The Movie You Will Never See." You will never see it because it won't be released until November 18th, 2115, when the safe the movie is locked in will automatically open. Those involved in the project were given silver tickets to the movie's premier that they can hand down to their descendants, since they themselves will presumably be, well, dead.

In 2017, Rémy Martin used a similar project to raise awareness of climate change. They had Pharrell Williams produce and record a song called "100 Years: The Song We Will Hear In A Century, But Only #IfWeCare." The company's predilection for fabulous excess clearly extends to the word count of song titles. The song was engraved on a special clay disc made from the chalky Grande Champagne soil. It's being stored in a safe in the Louis XIII cellars that's impervious to everything but water, so that if the earth succumbs to rising tides, the disc will be destroyed, dissolved in the consequences of our carelessness. But if we clean up our global act, the safe will automatically open in November 2117, clay disc intact.

Is it all too much? Perhaps from a certain spartan perspective. But in this #yolo age, Louis XIII is also a timeless expression of our desire to drink life in great gulps, out of a crystal snifter. Like Whitman's "barbaric yawp" or the cannons in Tchaikovsky's 1812 Overture, Louis XIII is the cognac world's shout into the void, their assurance that we are brilliantly, dramatically alive, and will be for at least the next 100 years. 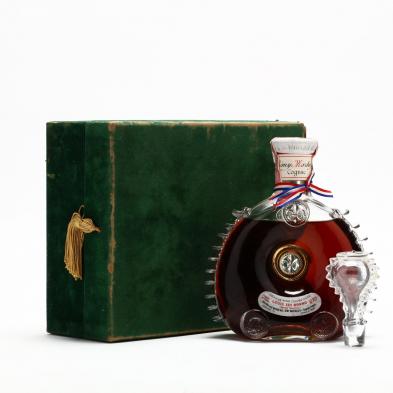 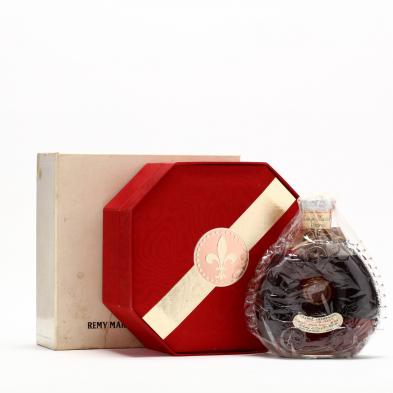