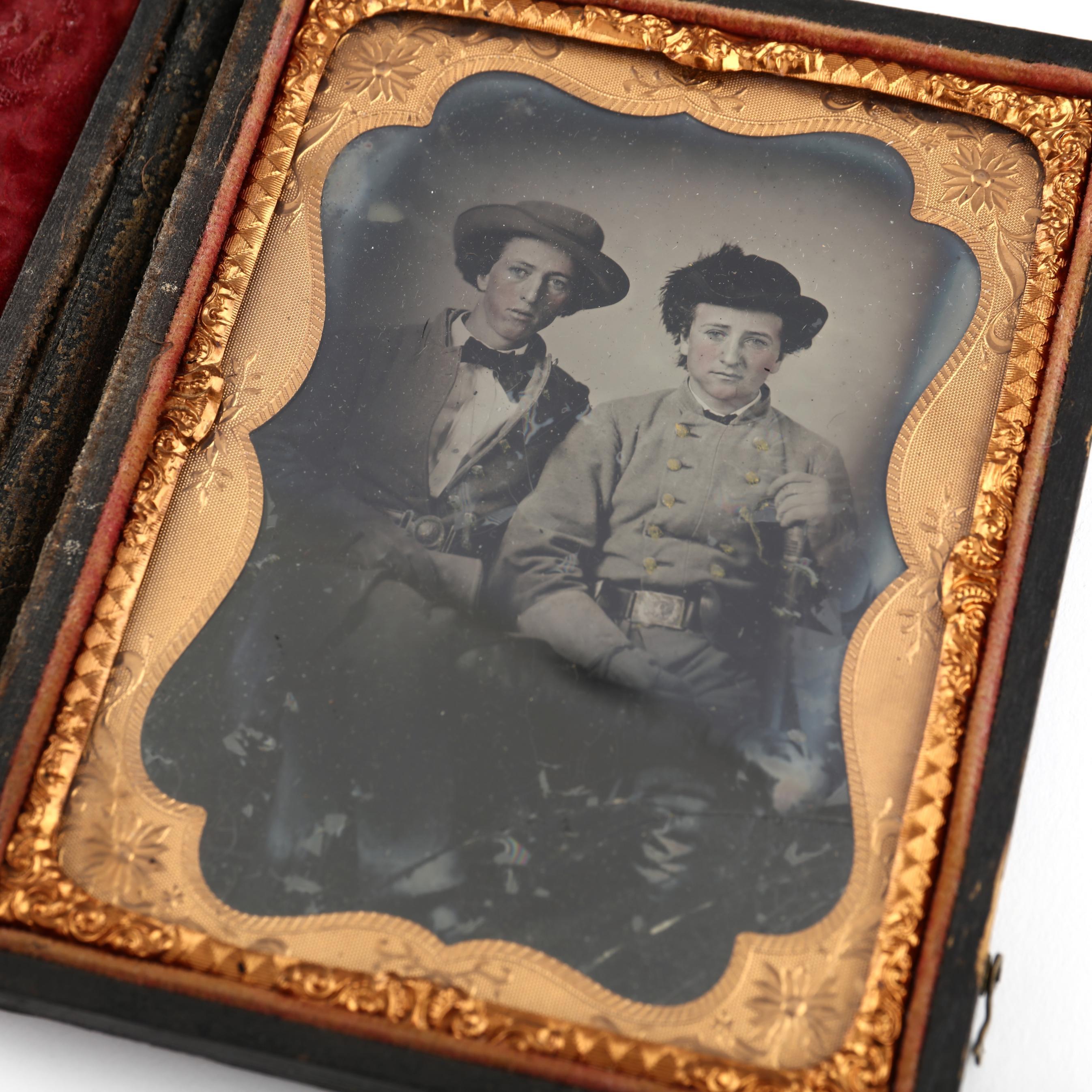 Exquisitely Beautiful Specimens of the Ambrotype
Our Rare Coins & Historical Director, Rob Golan, is proud to present a remarkable quarter-plate ambrotype of two young Confederate cavalrymen from Louisiana. This rare ambrotype, along with other ambrotypes and tintypes, was offered in our June Estate Auction.
The daguerreotype was the first publicly available photographic process, coming into popularity in the 1840s. The ambrotype was the next evolution in photographic technology, all but replacing the daguerreotype in the 1850s. As ambrotypes were printed on glass (versus silver-plated copper of the daguerreotype) they presented a more cost effective option. 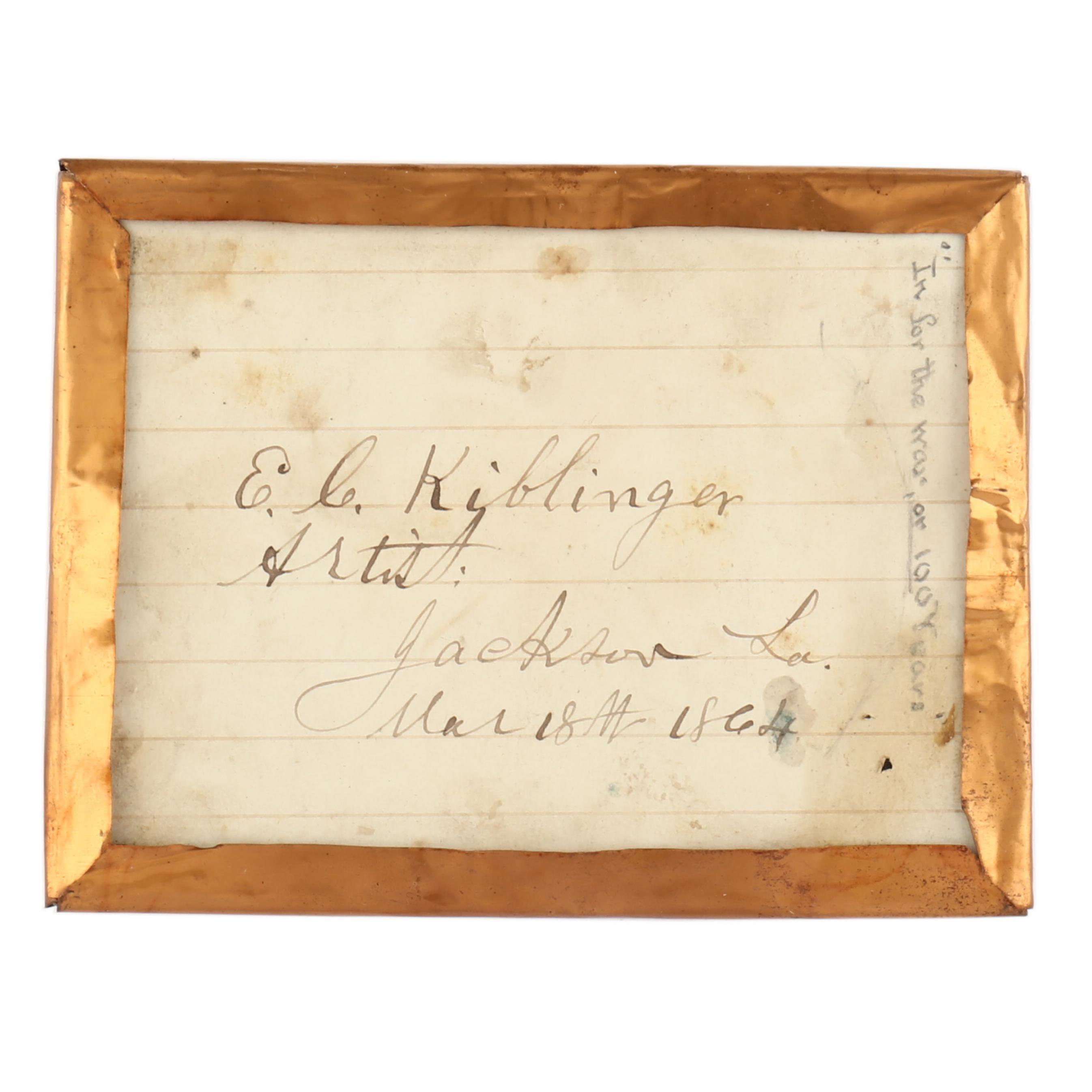 Its paper backing inscribed, E. C. Kiblinger / Artist: Jackson La. / March 18th 1864.
Although most ambrotypes were made by unknown photographers, the Magnificent Quarter Plate Ambrotype of Two Lousisiana Confederates on offer at auction is signed by the photographer E.C. Kiblinger. Records and newspaper advertisements dating back to 1855 in The American Patriot indicate he owned a daguerreotype gallery in Jackson, Louisiana. The ad encouraged any patrons who, “would catch the shadow ere the substance flies,” to visit Mr. Kiblinger’s gallery, “where the thing would be done up to their entire satisfaction.”

Another feature dated June 21, 1856 in The Feliciana Democrat highlighted his ambrotypes specifically. “On yesterday, Prof. D. G. Morse brought to our office, for our inspection, some exquisitely beautiful specimens of the Ambrotype, a modern invention in the way of likenesses, taken by E. C. Kiblinger, at his Ambrotype, Photograph, and Daguerrean Gallery, Jackson, La. These specimens show a high order of artistic talent, and prove the operator to have a thorough knowledge of his business. We would recommend the lovers of the beautiful, to call on Mr. K., at his gallery, and procure a likeness, on glass, taken by an artist second to no other. The Ambrotype is taken on glass, and is far more durable and naturally lifelike than the Daguerreotype, and is bound to supersede it.”

Magnificent Quarter Plate Ambrotype of Two Louisiana Confederates
The piece went on to praise Kiblinger’s work, “From the specimens before us, we have no hesitancy in pronouncing and recommending Mr. Kiblinger as a perfect master of the Beautiful art. He is far ahead of any operator who has ever visited this section of country.”

Listen in as Rob Golan describes the identifying features of the sitters in three ambrotypes offered in the June Estate Auction.

Leland Little is proud to offer the work of “a perfect master” in ambrotypes and a wonderful collection of civil war tintypes in our June Estate Auction on June 23.
Keyword Search
Please enter a search term.
Categories
Historical 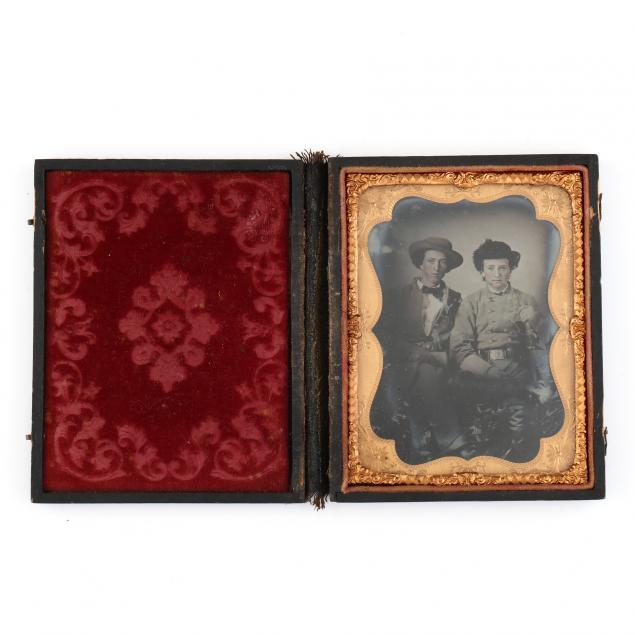 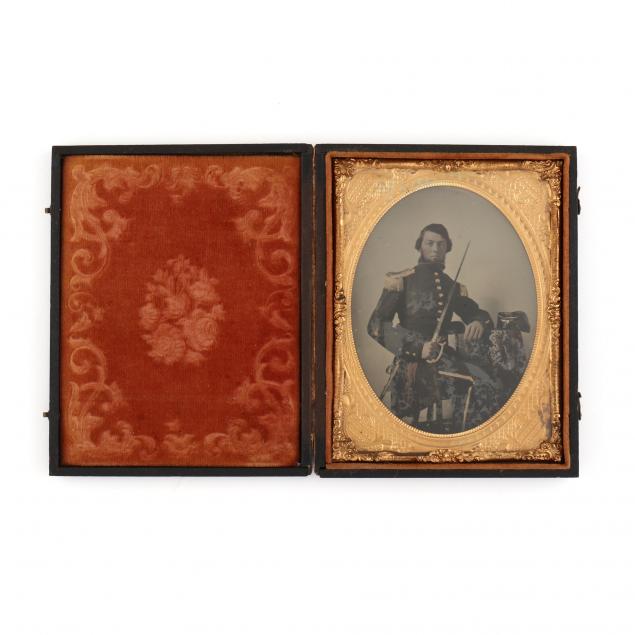 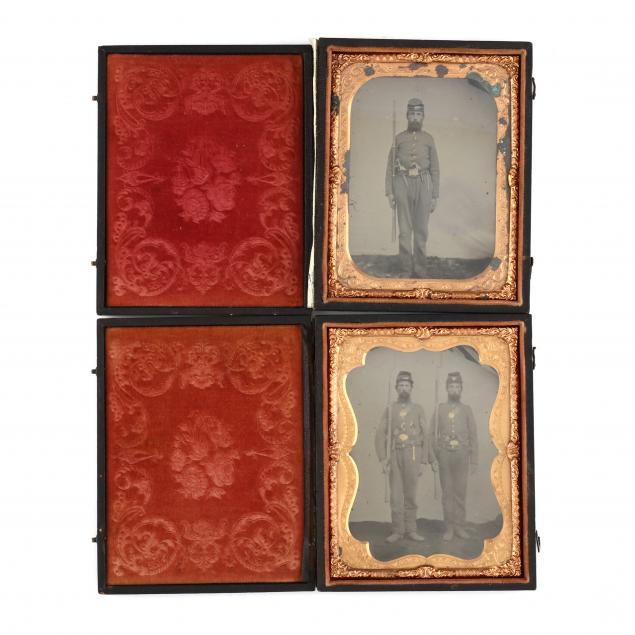 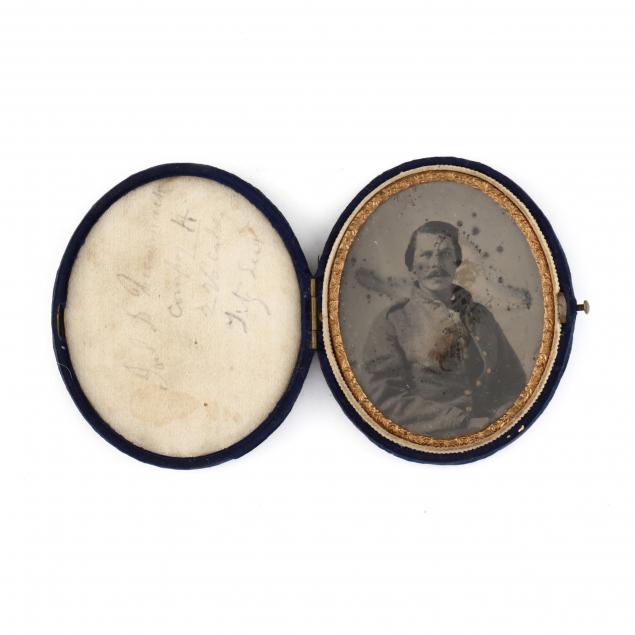 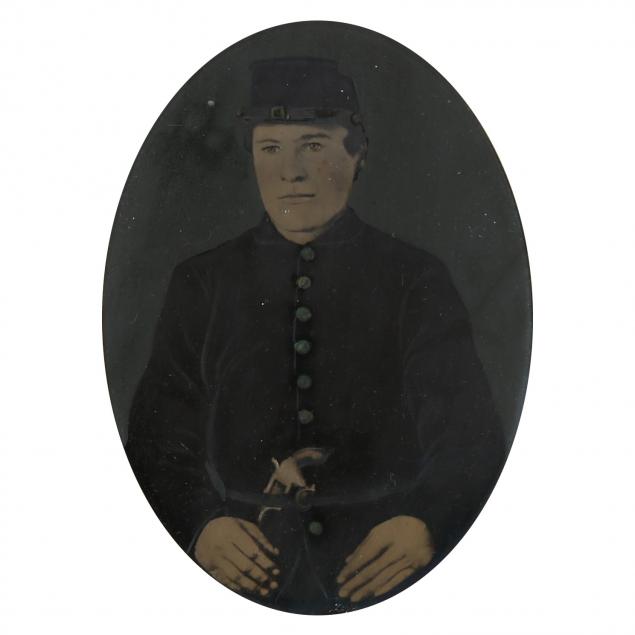 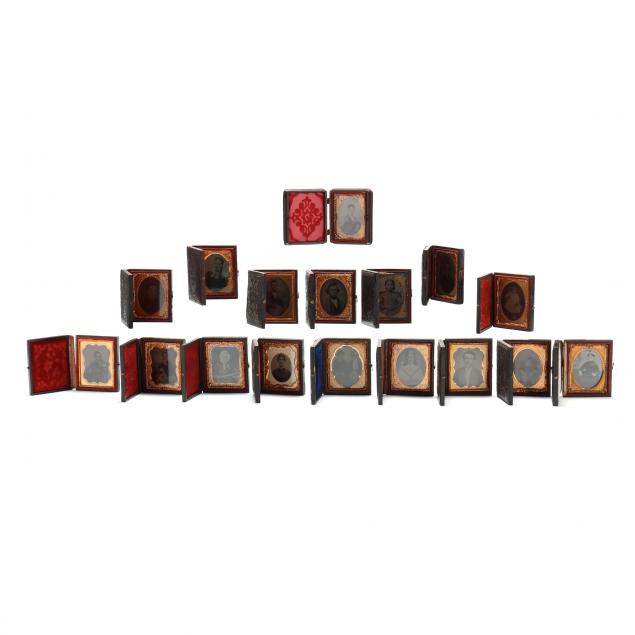 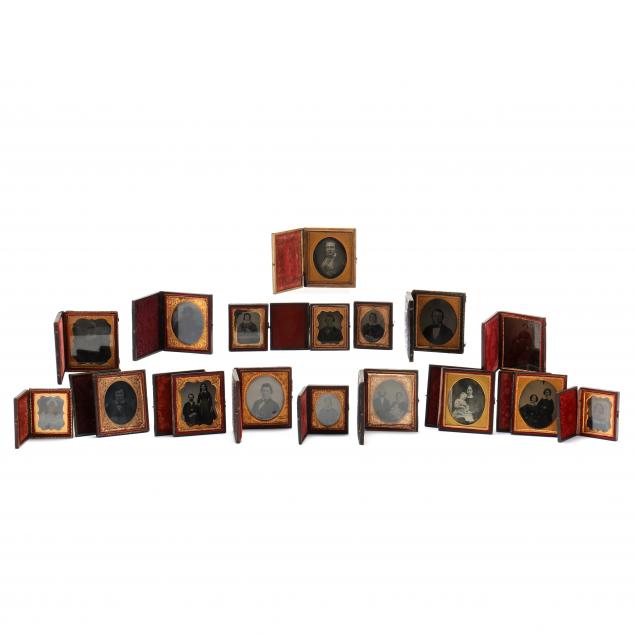 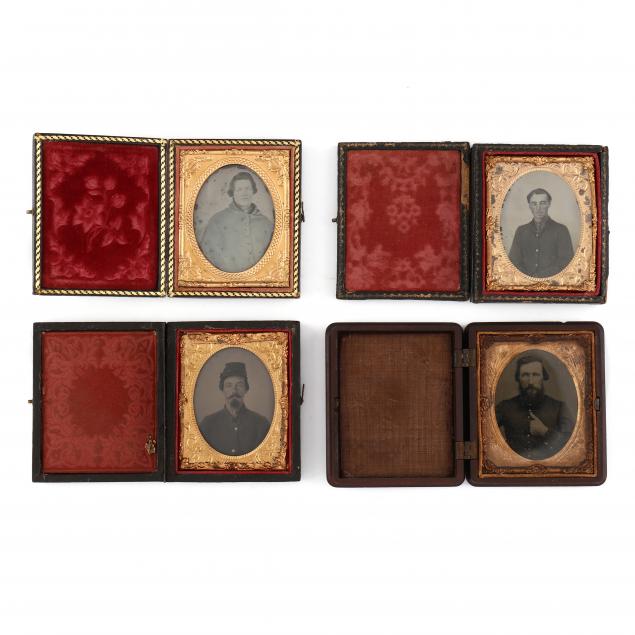 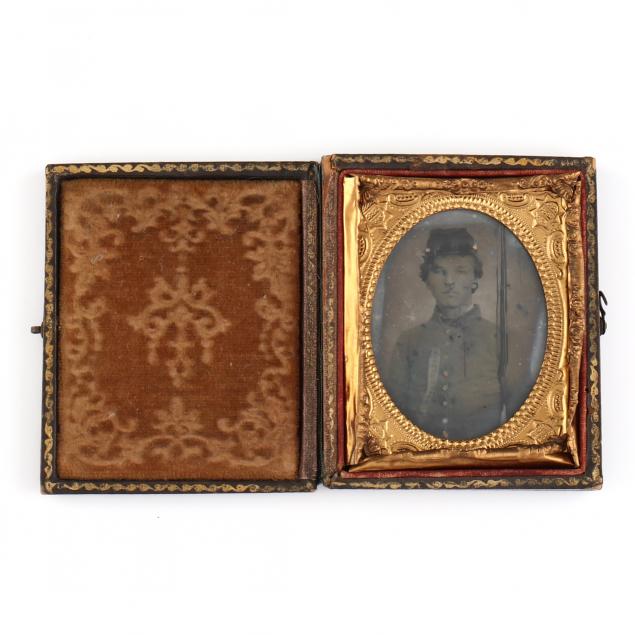 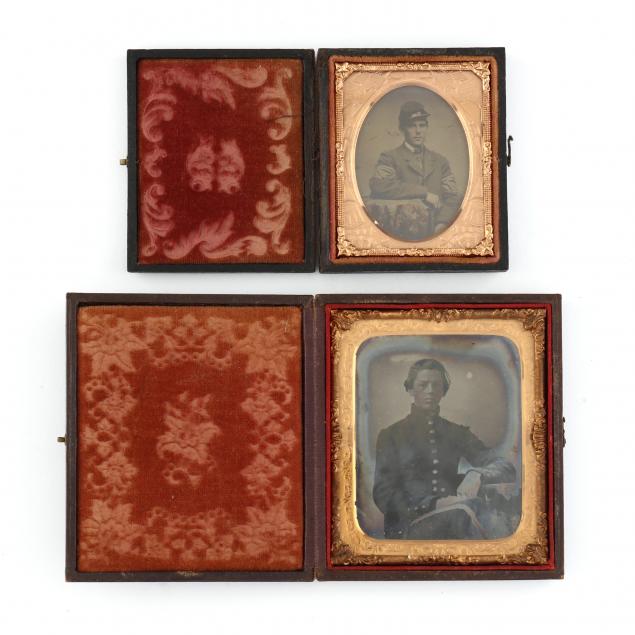