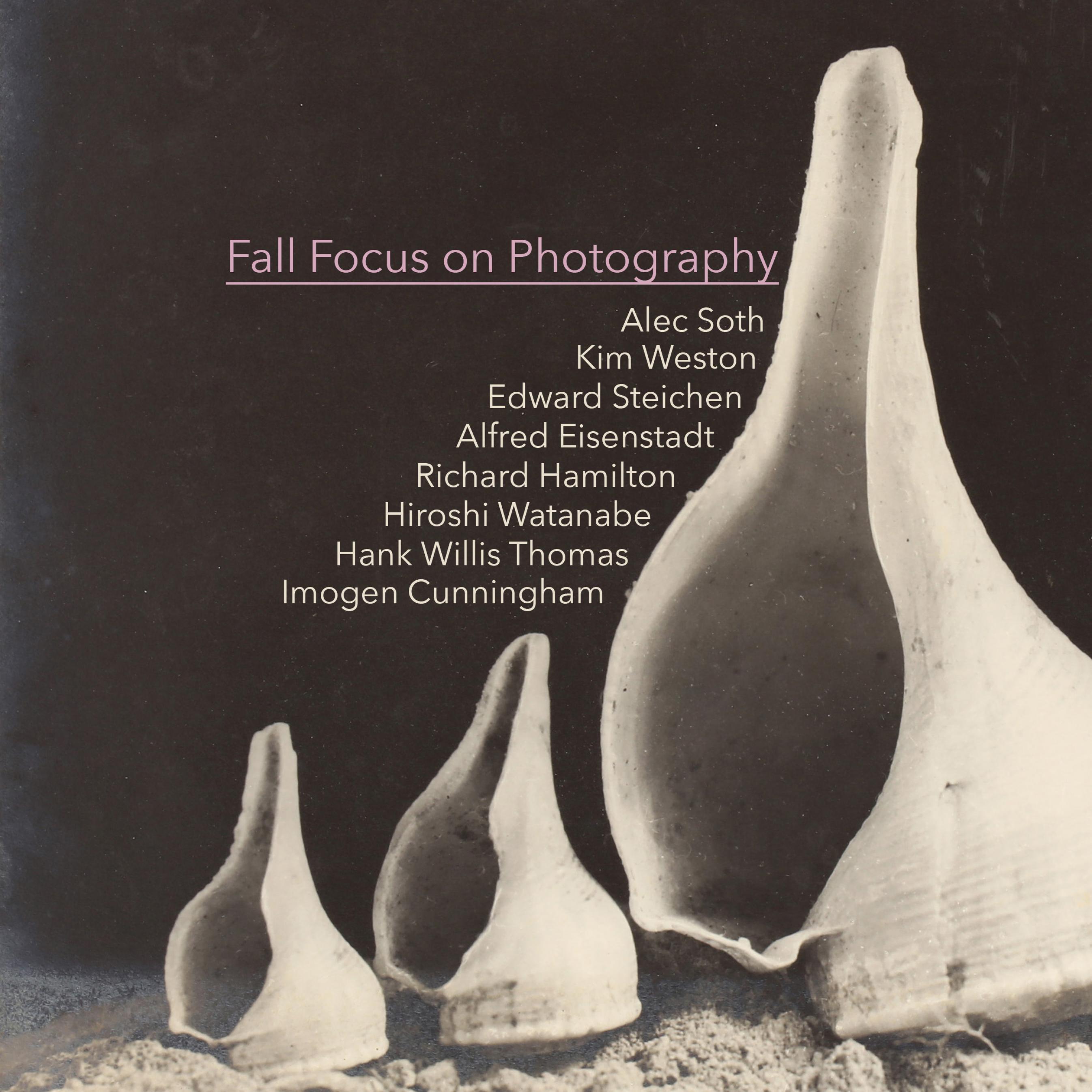 In the grand scheme of human culture, photography is a relatively young art form. But its practitioners saw its value as an expressive medium mere decades after it gained hold as a recording tool, and its artistic application has been evolving steadily alongside other artistic media ever since. In our Important Fall Auction, to be held on Saturday, September 19th, we are offering seminal photographic works from artists who exemplify the transitioning nature of photography from its earliest artistic application to the near-present, from the early portraiture of Edward Steichen, one of the first pictorialists, to contemporary nudes by Kim Weston, whose grandfather Edward Weston helped spearhead the move away from pictorialism towards modernism after WWI.

Two notable pieces included in The Important Fall Auction are a still life by Imogen Cunningham, and a Complete Portfolio of 15 photographs by Alec Soth, Hank Willis Thomas, and Hiroshi Watanabe from the Durham photography project Bull City Summer. 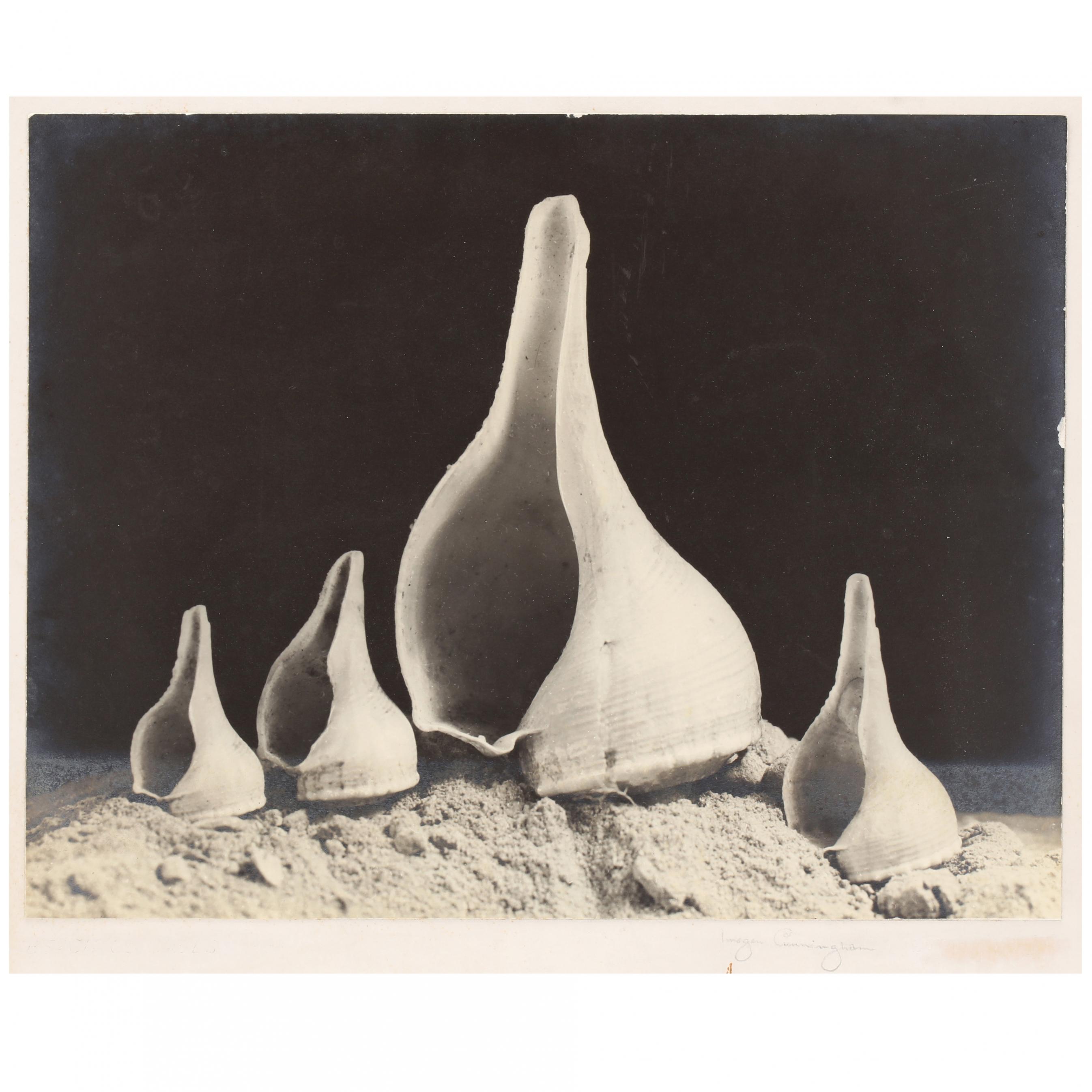 Imogen Cunningham (American, 1883–1976) was one of America's first female professional photographers, and a founding member of Group f/64, a collective of California photographers in the early 1930s who organized in response to the popularity of Pictorialism - the practice of modifying photographs with painterly technique.
Edward Steichen and Alfred Stieglitz championed Pictorialism in the first decades of the 20th century as a way of claiming photography as an art form, rather than a simple mechanical process. By the end of WWI the early East Coast Pictorialists were already moving towards a modernist aesthetic, but West Coast photographers like Imogen Cunningham, Ansel Adams, and Edward Weston felt excluded from the photographic establishment, and so began to mount collective shows under the name Group f/64 (after the aperture on a large format camera that allowed for sharp focus from background to foreground).

The Group f/64 manifesto stated that "photography, as an art form, must develop along lines defined by the actualities and limitations of the photographic medium, and must always remain independent of ideological conventions of art and aesthetics that are reminiscent of a period and culture antedating the growth of the medium itself." Group f/64 members espoused sharp, clear focus in contrast to the dreamy, blurred aspect of Pictorialist works. Cunningham became best known for her photographs of California botanicals, almost alien in their exactitude, and still lifes like Four Shells that reveal her growing interest in Surrealism. 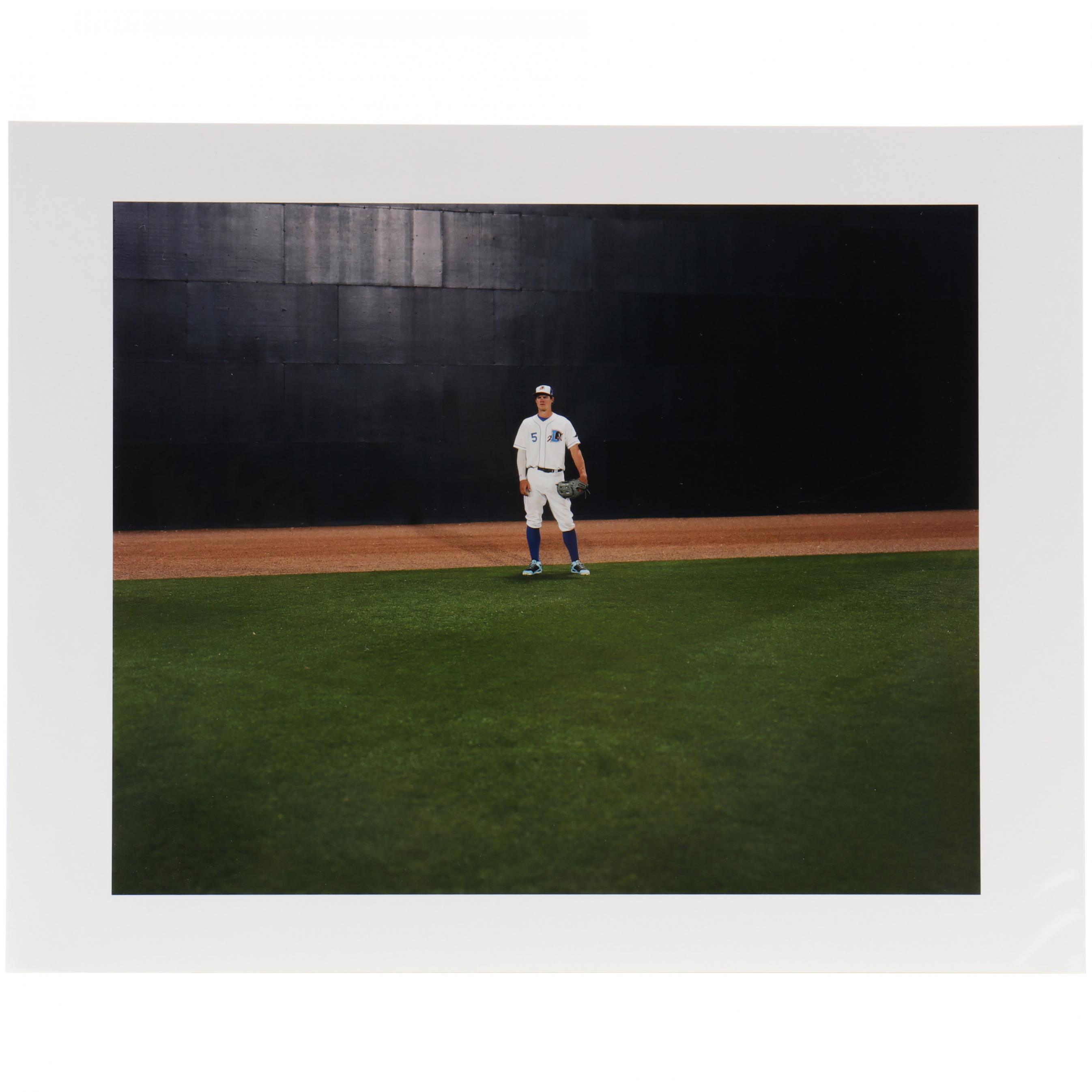 Where Cunningham's work charts the evolution of the early years of photographic artistry, the Bull City Summer project can be viewed as a catalogue of where it has arrived in the first decades of the 21st century. Mounted as a record of the 2013 season of the Durham Bulls, America's most successful and best-known minor league baseball team, Bull City Summer comprises the work of both local North Carolina photographers and several internationally-recognized photographers, all of whom were specially commissioned to capture their vision of the ballpark, players and fans. 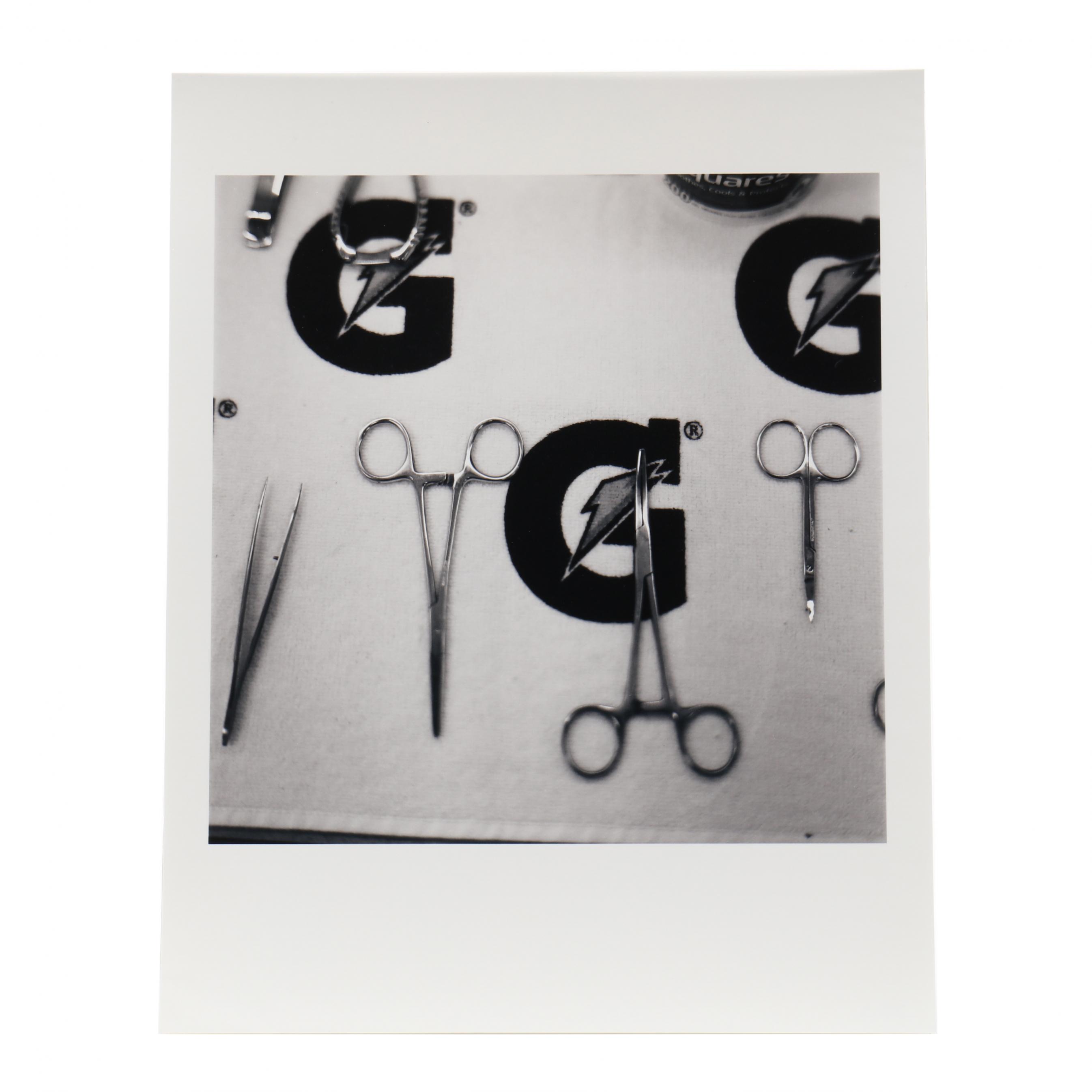 Hiroshi Watanabe, Trainers' Tools, 2013
The Limited Edition Portfolio of prints from Bull City Summer being auctioned in the Important Fall Auction includes five prints each (15 prints in total) by the three well-known photographers who were commissioned from outside North Carolina as part of the project - Hiroshe Watanabe, Alec Sloth, and Hank Willis Thomas. The curators of the project chose the photographers to represent the diversity of people working in the medium at the time as well as the breadth of their technique and perspective. The resulting collection serves as a totem of Americana, but in a uniquely complex, layered, 21st century way.
A selection of the photographs in the Important Fall Auction is below, including the Cummingham's still life and Bull City Summer. The full catalogue for the auction will be posted on Wednesday, September 2nd. 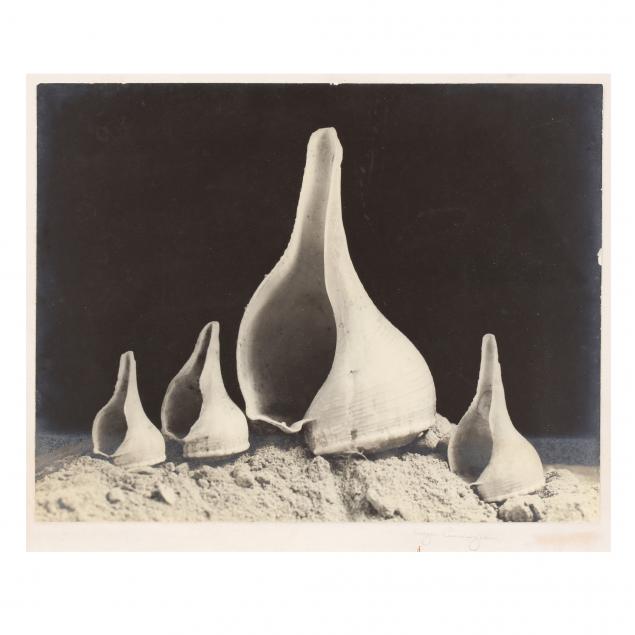 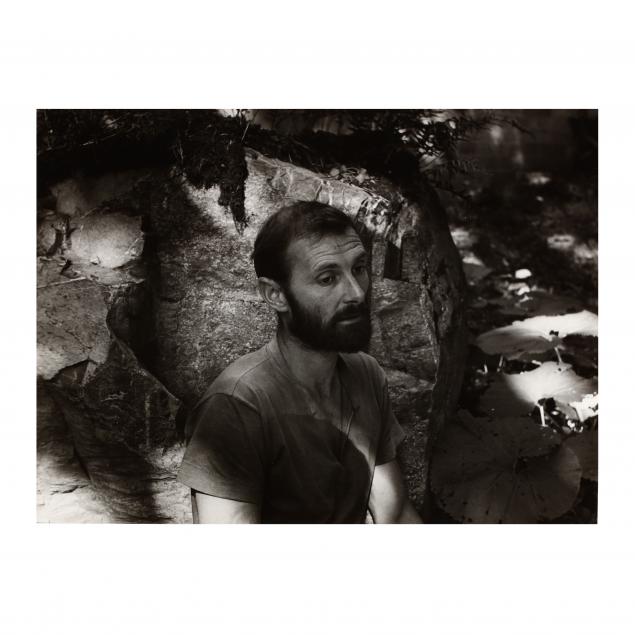 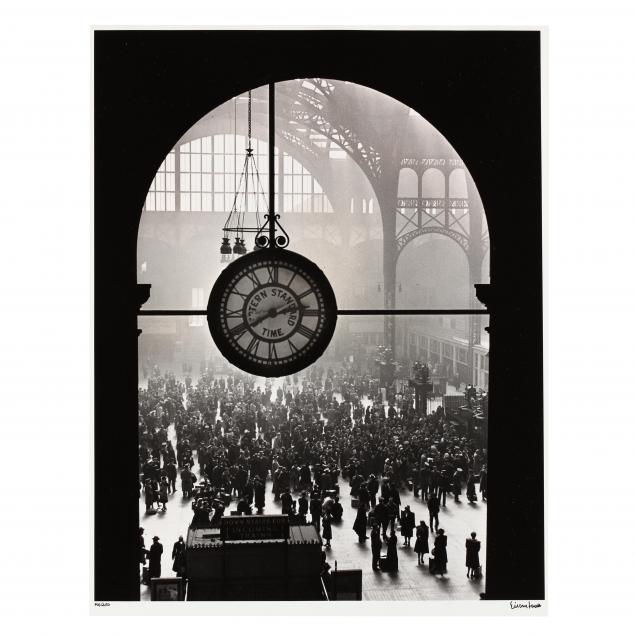 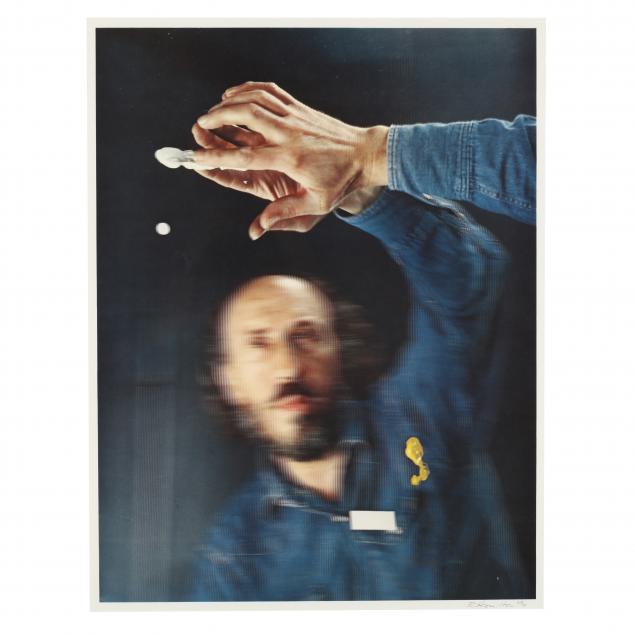 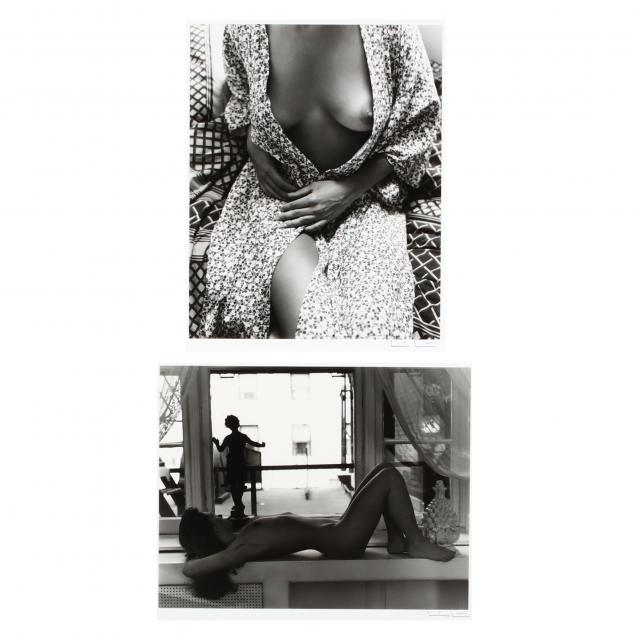