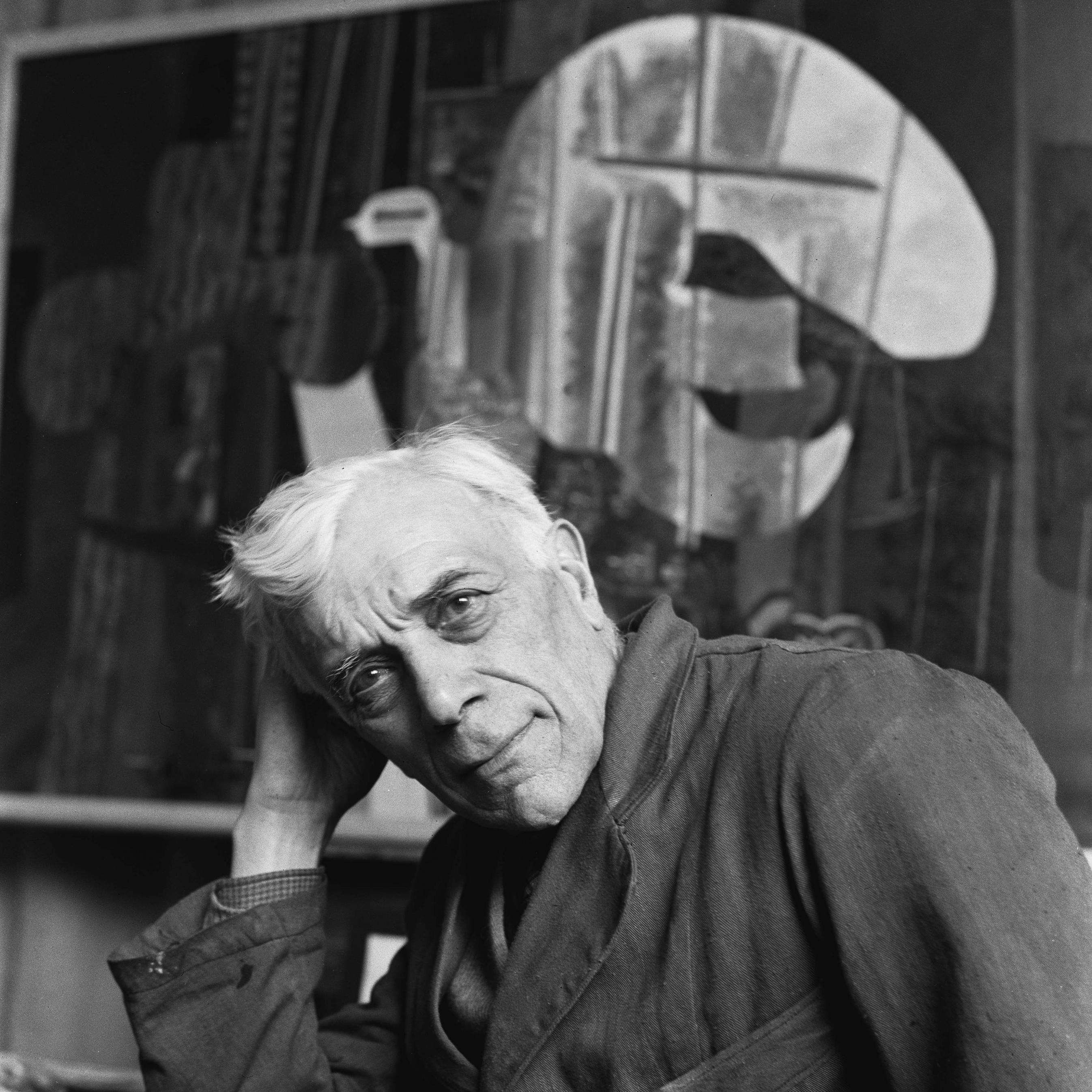 Five Things: Georges Braque's Birds
Our upcoming Signature Summer Auction will feature a selection of lithographs by Georges Braque, all depicting the dominant theme of his later work: birds. In advance of the auction, we explore five facts about these avian works by one of France's most significant 20th century artists.
1. Braque’s birds were a departure from the work that made him famous.

Though Braque is perhaps best known for launching Cubism alongside his lifelong frenemy Pablo Picasso, his focus on birds intensified in his later work, where his style loosened from the more geometric Cubism of his earlier pieces. He never left Cubism behind all together, but his volumes of bird prints - etchings, aquatints, lithographs, and more - are a much airier, minimalist expression. 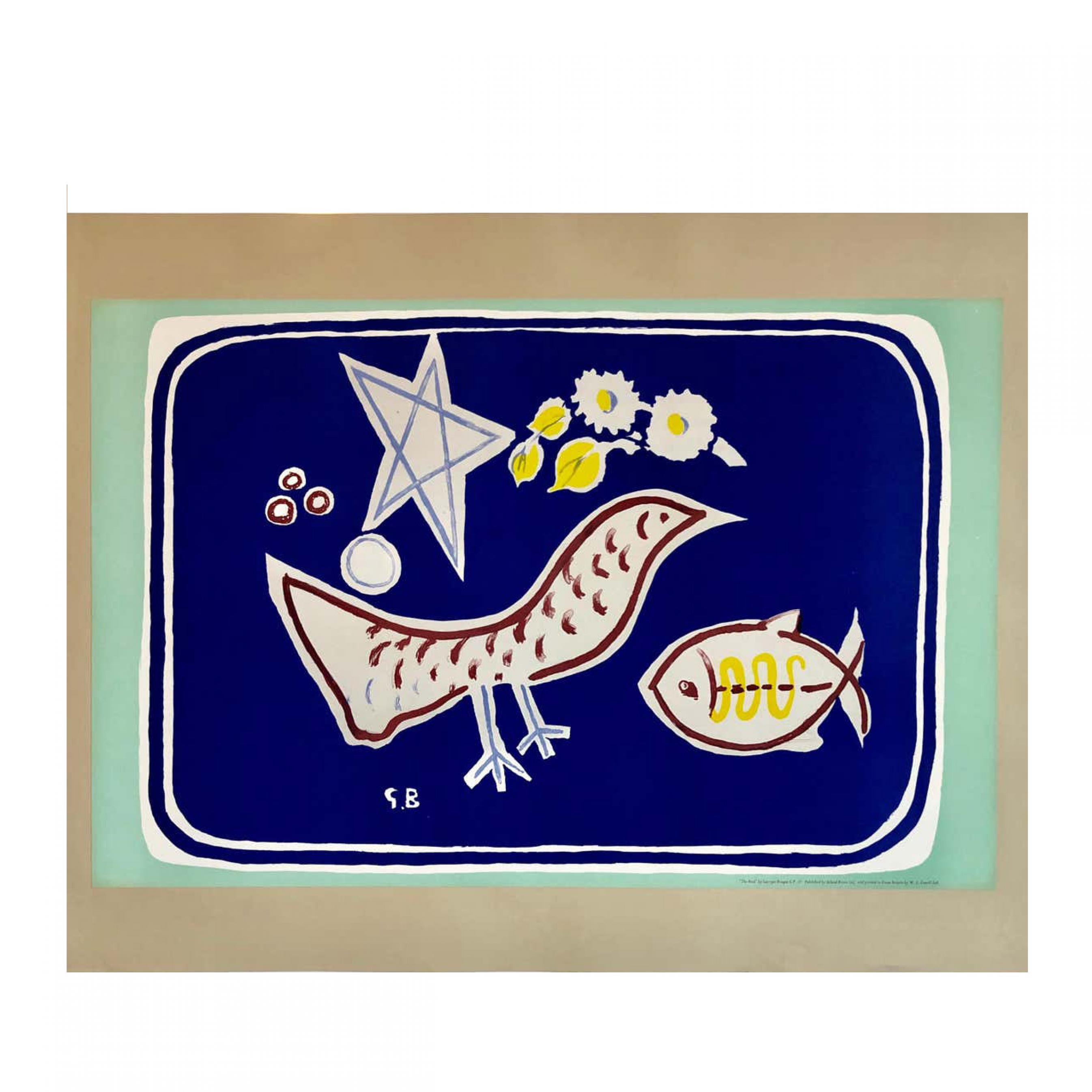 2. Braque made one of his bird prints to be included in the industrious School Prints scheme.

In 1935, the British pilot Derek Rawnsley embarked on an ambitious plan: to commission original fine art prints from the world’s most celebrated artists, to be produced economically enough to be sold cheaply to participating public schools, with the goal of exposing young children, who wouldn’t otherwise have the opportunity to visit museums and galleries, to the world of fine art. Rawnsley was killed during WWII, and though his widow Brenda persevered with the plan, the complications of making anything and everything in the aftermath of war eventually caused its demise. Before the project’s end, however, Rawnsley did succeed in commissioning an astonishing array of artwork by the likes of Picasso, Dufy, Matisse, L.S. Lowry, and, of course, the lithograph Bird, Fish, Star by George Braque.

In honor of Braque’s 80th birthday, in 1962, French diplomat-turned-poet Saint-John Perse wrote a poem about birds in general, and Braque’s birds in particular. To accompany the poem, Braque made twelve new bird aquatints, and together they were published as L’ordre des oiseaux (The Order of Birds).
4. Braque’s birds are on the ceiling of the Louvre.

Braque’s birds can be seen on a grand scale on the ceiling of the Salle Henri II at the Louvre in Paris. In 1953, the museum commissioned the artist to paint three panels on the ceiling of the room, in between the original ornate wood carvings done by Scibec de Carpi in 1557. The contrast of the classical carvings with Braque’s bold, minimalist birds set the stage for several other contemporary artists to paint ceilings at the Louvre, most recently Cy Twombly. In 1961, Braque was the first living artist to be the subject of a solo exhibit at the museum, which reportedly did not sit well with his estranged friend Picasso. 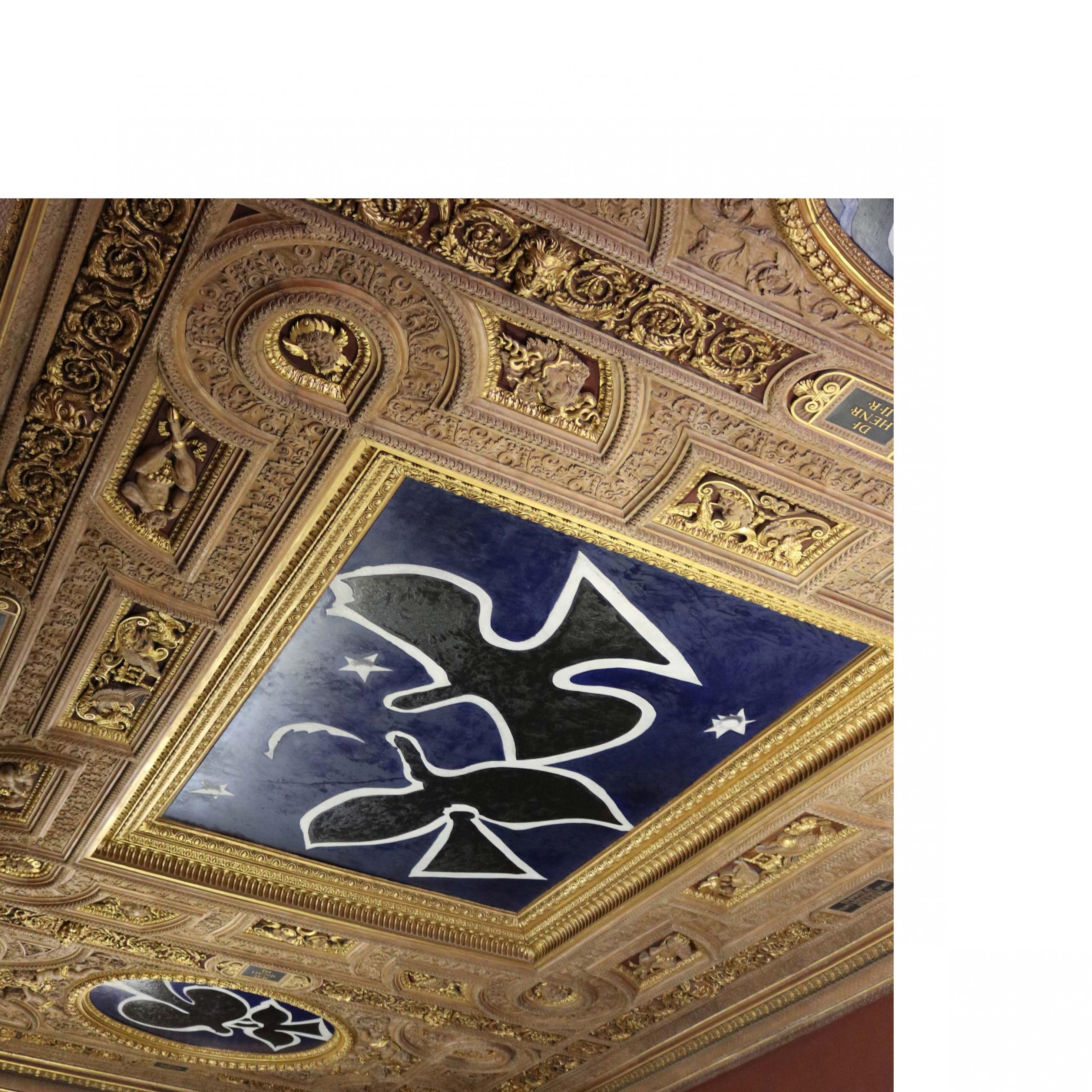 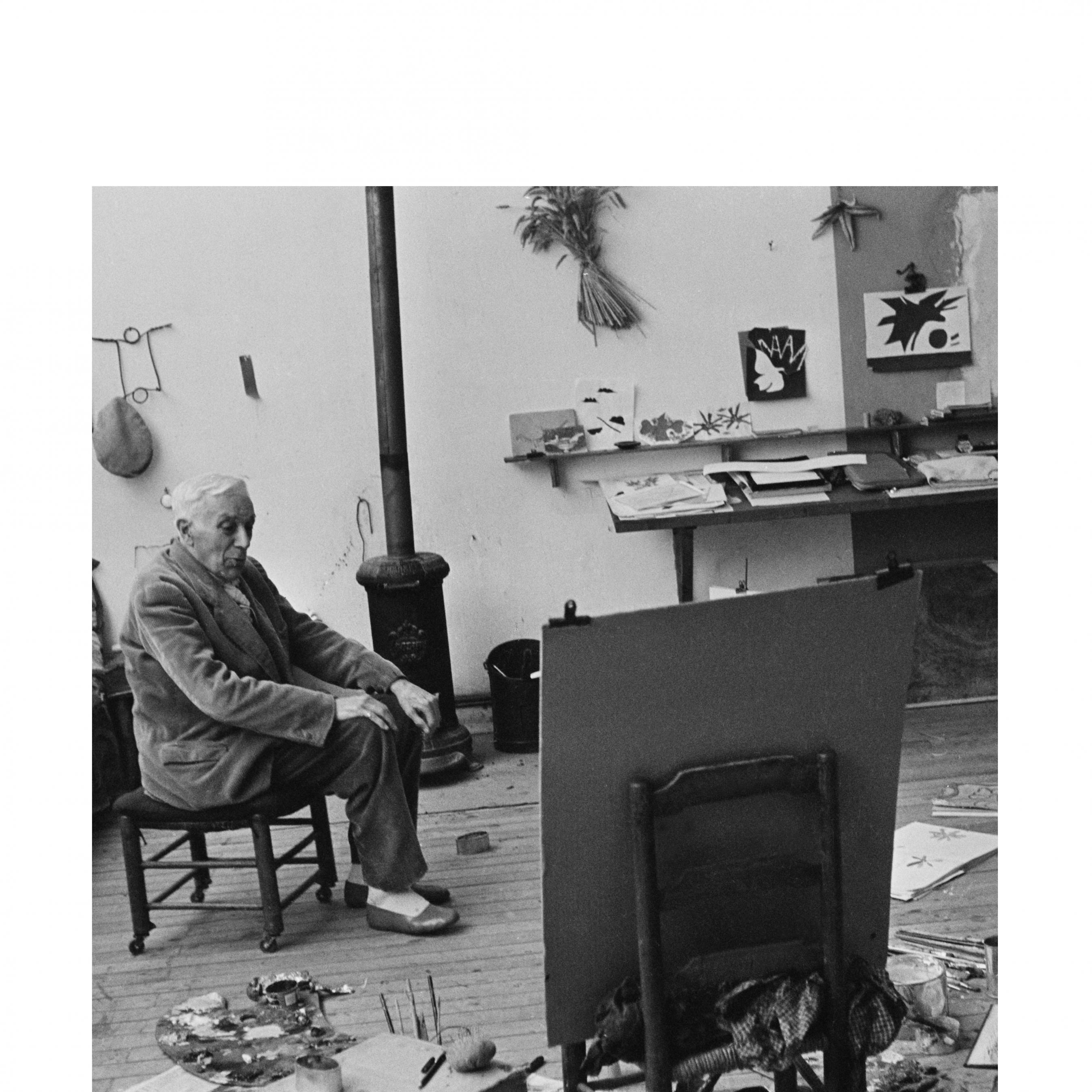 Georges Braque in his studio
5. The bird in Braque's famous Studio series was inspired by one of his own canvases.

Starting in the 1940s Braque completed a series of Cubist paintings of his own studio over a period of about 15 years. The works often included a large white bird, sometimes as a feature and sometimes as a sort of shadow presence. Many conjectured that the bird was one that had actually flown into Braque’s studio as he painted, or that it represented a spiritual presence. One journalist who asked Braque if it was inspired by Picasso’s dove of peace was invited to leave. The bird was none of the above - it was simply the image on a canvas in the studio that Braque had previously painted. That canvas itself was later destroyed.

Braque's three lithographs of birds from the upcoming Signature Summer Auction, as well as previously sold bird prints by Braque are shown below. 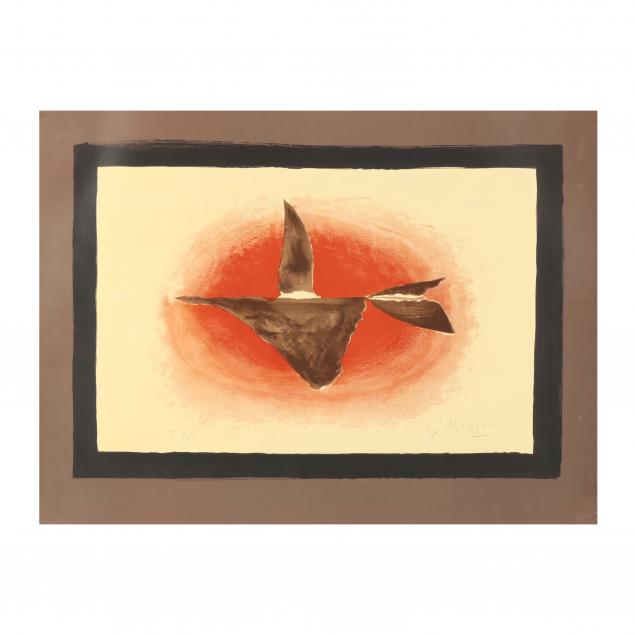 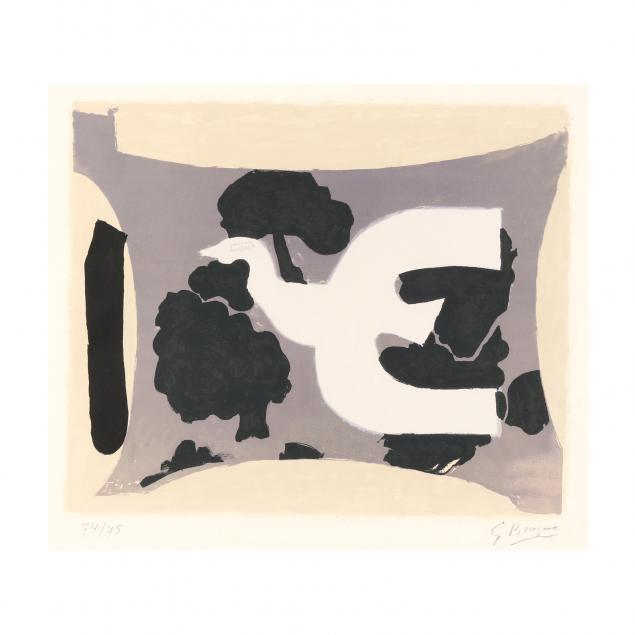 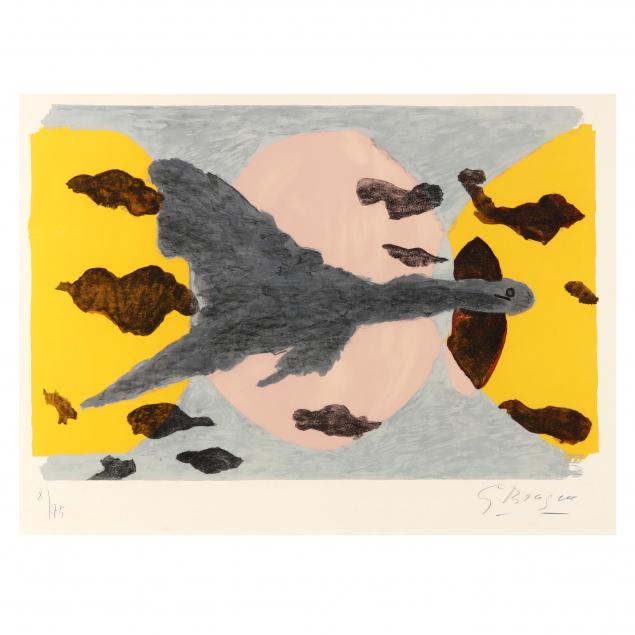 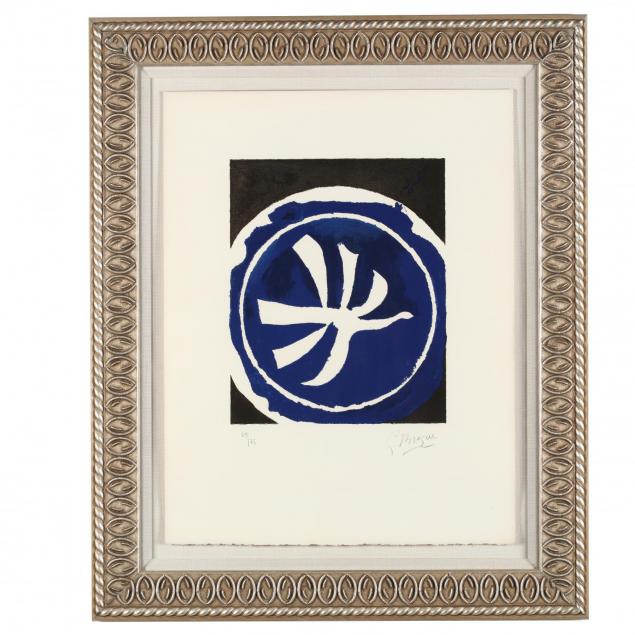 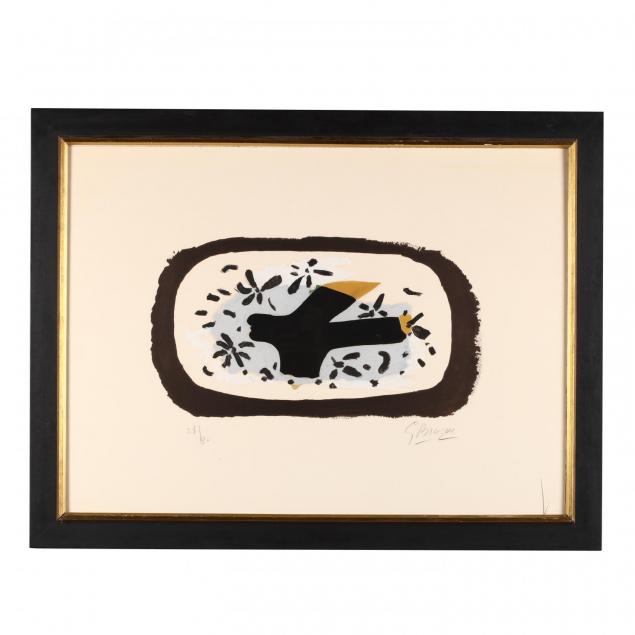 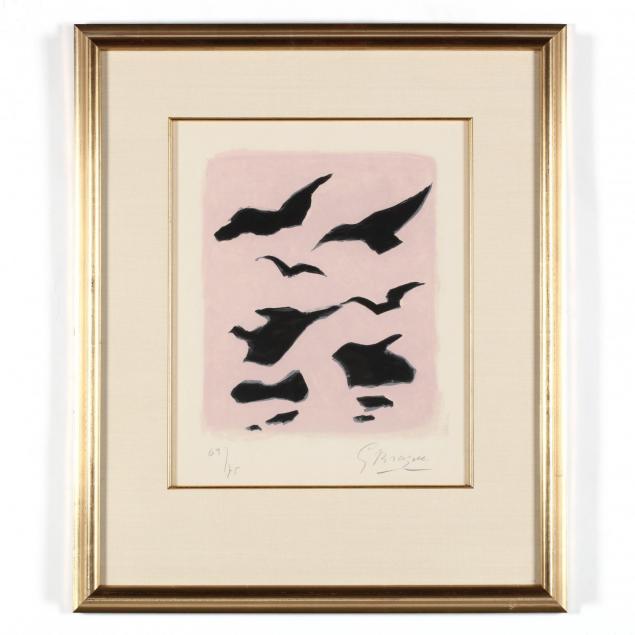 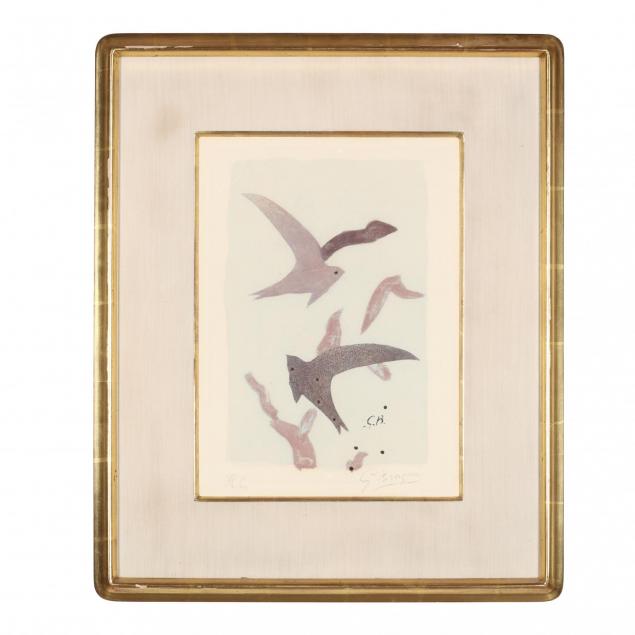 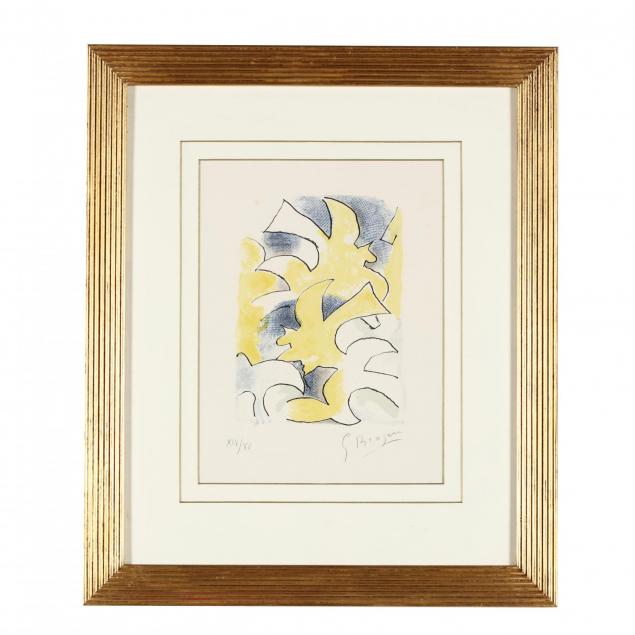 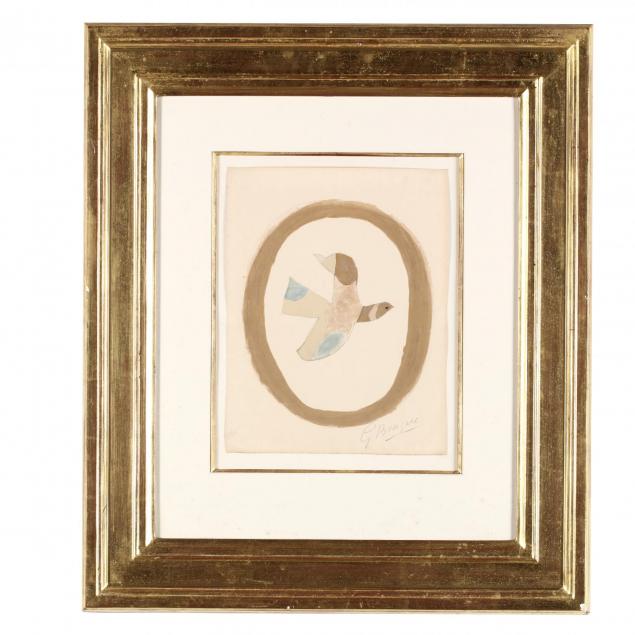 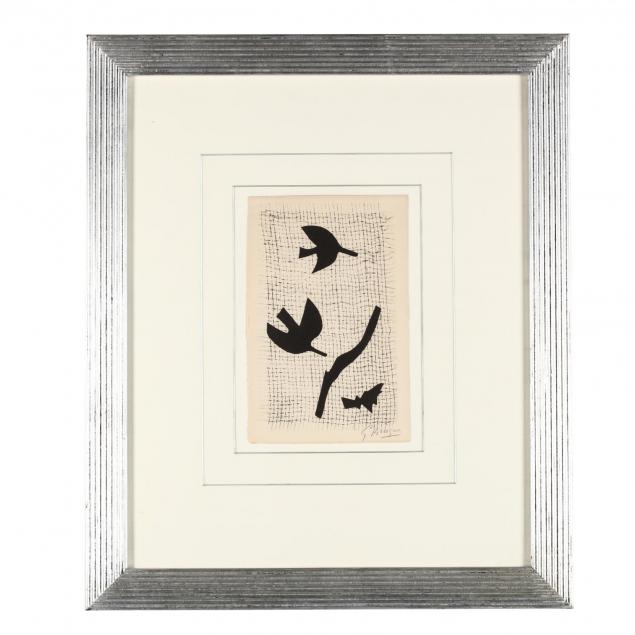 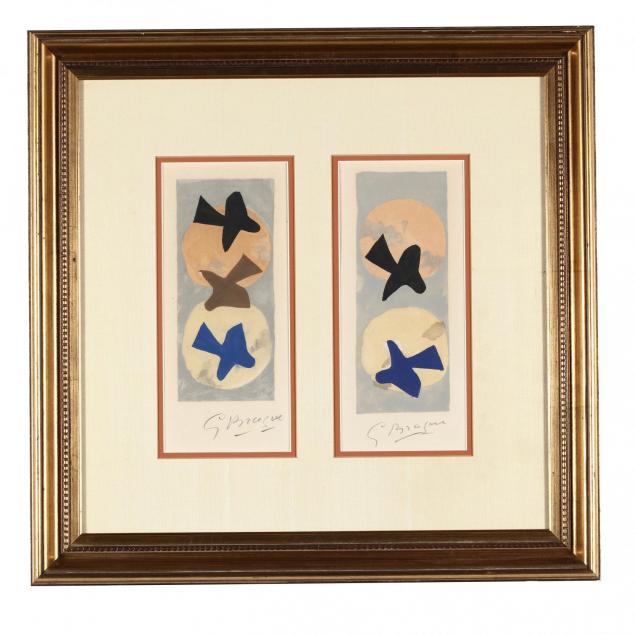