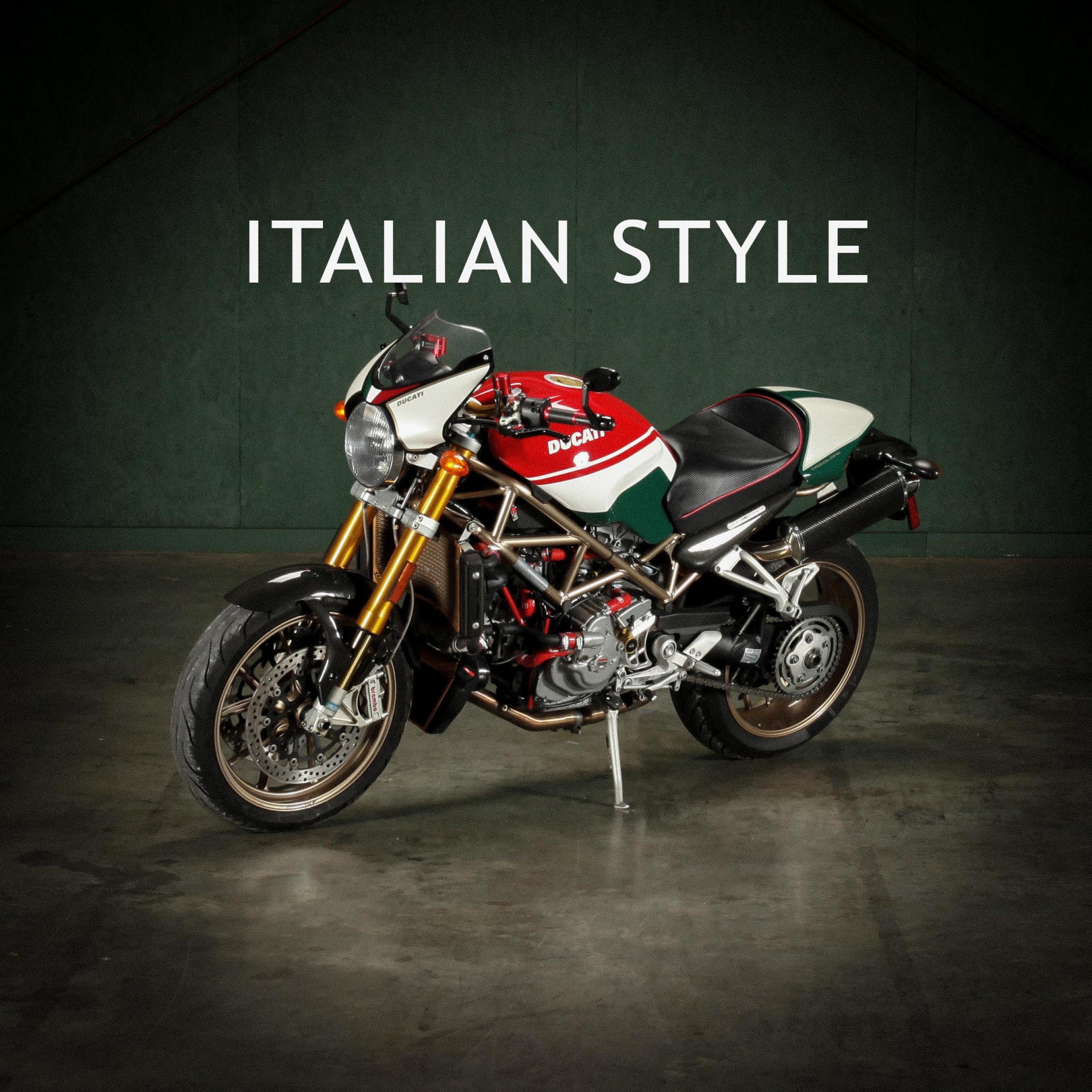 In the early 1990's, the motorcycle industry was dominated by Japanese sport bikes with aerodynamic plastic casing and American bikes with ostentatious brawn. Massimo Bordi, who was then the manager of Ducati, surveyed this market and directed one of his designers, Miguel Galluzzi, to make something different, something Italian, something with style. 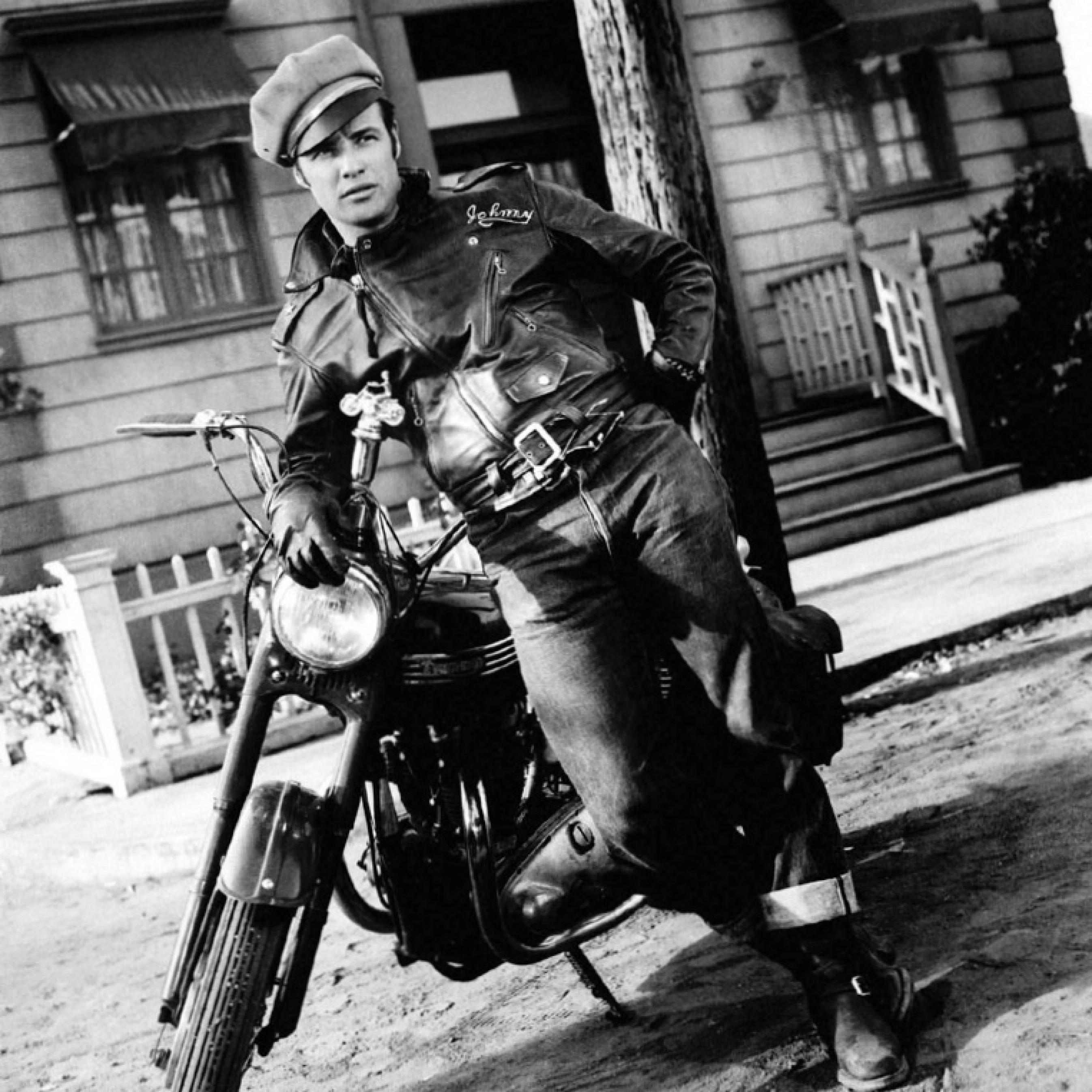 Marlon Brando and his motorcyle in "The Wild One"
Galluzzi's answer to this directive was the Ducati Monster - the first ever "naked bike" - which stripped away every unnecessary component to bare its motorcycle soul. Galluzzi is quoted as saying that to a purist, all a bike needs is "a gas tank, a seat, and motor." When Bordi saw the machine that Galluzzi had developed, he commented that it looked like the bike Marlon Brando would have ridden in "The Wild One." The Ducati monster was short on flash, but long as the eye could see on cool.
The Ducati Monster was an immediate hit with urban sophisticate motorcycle enthusiasts, and its popularity pulled Ducati through a lean financial period in the '90's. By the 2000's, the Monster accounted for around a third of all Ducati sales. In some years, as many as nine models were released. The Monster became the city rider's answer to the racetrack - capable of speeds not legally achievable on the road, and classically gorgeous.

The 2008 Ducati S4RS Testastretta Tricolore 988 being offered in our Memorial Day Auction, however, was a very special edition of the Monster, with the ultimate Italian green-white-red styling. One of only 400 made, it is not only beautiful, but also, as of its manufacture date, was the most powerful iteration of the Monster. The consignor of this bike was known to say that it was so pretty that if he had a living room big enough, he would simply put the Monster in the middle of it. Decor accomplished.

Ducati motorcycles command their place at the top of the market because of their uncompromising engineering and sophistication. In this age of global manufacturing, Ducati bikes are still produced in the Ducati factory in Bologna. And while the company is now owned by Volkswagen, Ducatis are made in the true spirit of Italian craftsmanship - by well-trained hands, with an eye for detail and excellence. This all comes to bear on the 2008 Tricolore Monster - its Italian colors herald its Italian essence. 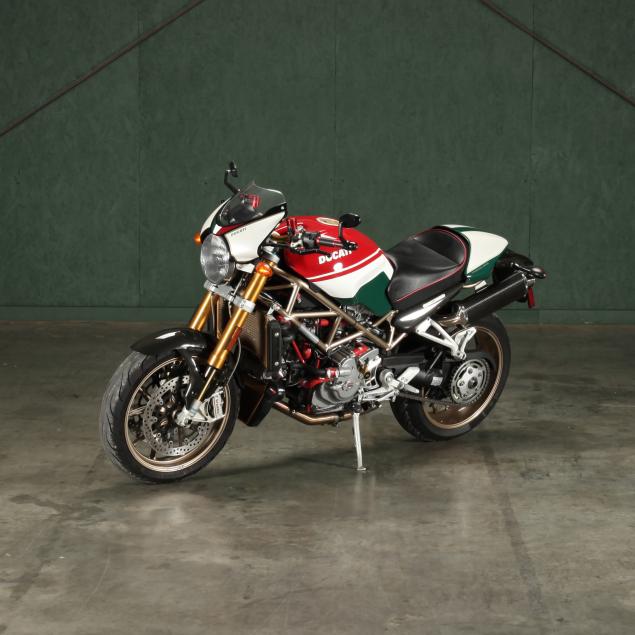