Home  ·  Kashmir Sapphires: The Rarest of Gems from a Miles-High Mine  ·  Jewelry & Watches 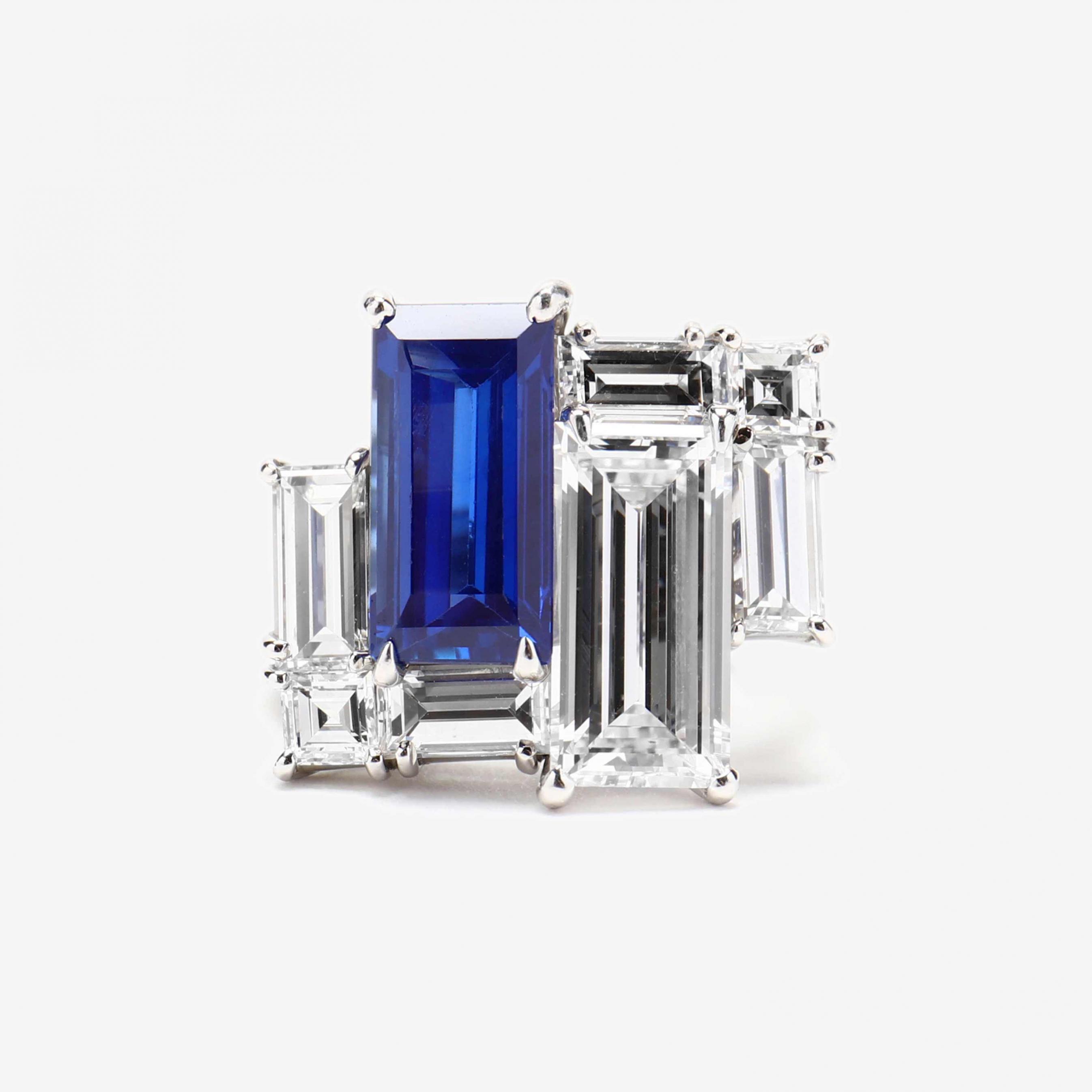 The value of jewelry is an interesting thing. When someone puts on a truly exceptional piece, the objective value of it - derived from expert assessment of quality and simple scarcity - becomes almost irrelevant. In that personal moment, the specialness of jewelry comes from its elegance, from the weight of it on the skin, from the gleam and saturation of its gems as seen by the naked eye. But with pieces like the Important Platinum, Kashmir Sapphire, and Diamond Ring in our Important Spring Auction, the heft of the history behind the jewel creates an entirely new level of beauty and value. The incredible confluence of millennia of geologic circumstance and plain human luck that must occur for us to access these gems is the reason that we value them so highly.

Kashmir sapphires are the gemologist's holy grail. They are one of the rarest, most valuable stones in the world. As with most things that carry this almost mythical status, their desirability comes from a simple combination of quality and scarcity. Kashmir sapphires have a large number of tiny "silk" inclusions of acicular rutile. These kinds of inclusions are also present in Burmese and Sri Lankan sapphires, but in Kashmiri stones the inclusions are whispy arrangements of dust bands or blocks, diffusing light throughout the stone and giving the Kashmir sapphire its famous "velvety" quality. The color of Kashmir stones is also especially vibrant, often compared to cornflowers or peacock feathers.

In addition to being strikingly beautiful, Kashmir sapphires are incredibly rare. Most gem enthusiasts will never see one in person outside a museum. Kashmir (currently the state of Jammu and Kashmir) is a valley high in the Himalayas between Pakistan and India. It was given to the Raja Gulab Singh by the English East India Company after the Anglo-Sikh War in the mid-19th century in exchange for an indemnity payment. So the region was under partially autonomous rule when sapphires were discovered there after a landslide in 1880. When then Maharajah Ranjit Singh heard of the sapphires' incredible beauty, he posted guards outside the mine and began to work it heavily. It produced vast amounts of wealth for the region from 1882 to 1887. When yield from the mine declined drastically in 1887, the then Maharajah Pratap Singh sent in government experts to find out why. They discovered that the original Kashmir sapphire mine had been completely exhausted.

For years various speculators tried to identify additional sapphire deposits in the area of the original "Old Mine," but no one ever found another site that produced gems of the quality (or quantity) of the original deposit. Since the partition of India and Pakistan in 1947, the two countries have fought three wars over Jammu and Kashmir, and for a period of time in the late 20th century the region was so violent that the Old Mine was completely inaccessible. When the government was finally able to reach it again in the late 1990s, they found that illegal mining had been taking place for years, often using dynamite, which seriously compromised the structural integrity of the mine. And still almost no new Kashmir sapphires ever came to market. To this day most of the Kashmir sapphires on the market were mined over 140 years ago.

Leland Little Jewelry Director Nancy Blount notes that the ring in our Important Spring Auction is exceptional not only because of the desirability of its central Kashmir sapphire, but also because of the meticulous care taken in the selection of the rest of the stones. The diamonds are perfectly matched in their size, color and clarity - a feat of significant effort for any jeweler. The ring came to its owner by descent, and was part of a larger jewelry collection of careful pedigree. From its journey from miles under the earth's crust to our gallery, the Kashmir sapphire ring in our auction carries with it the story of its incredibly rare and improbable existence. 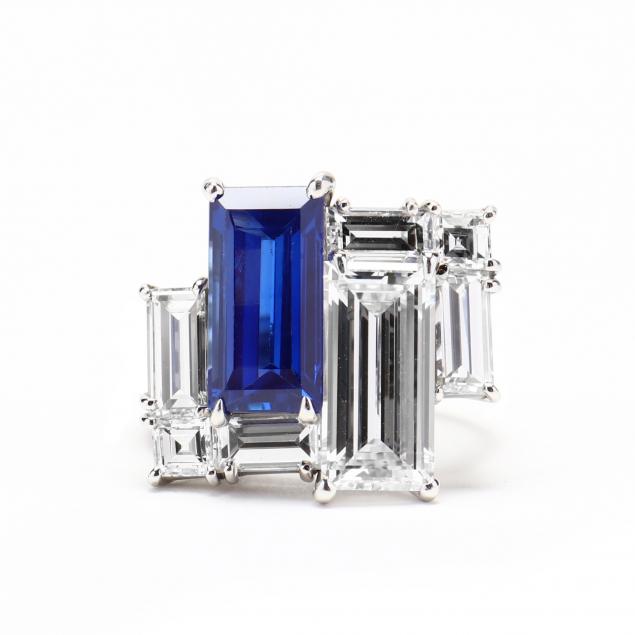