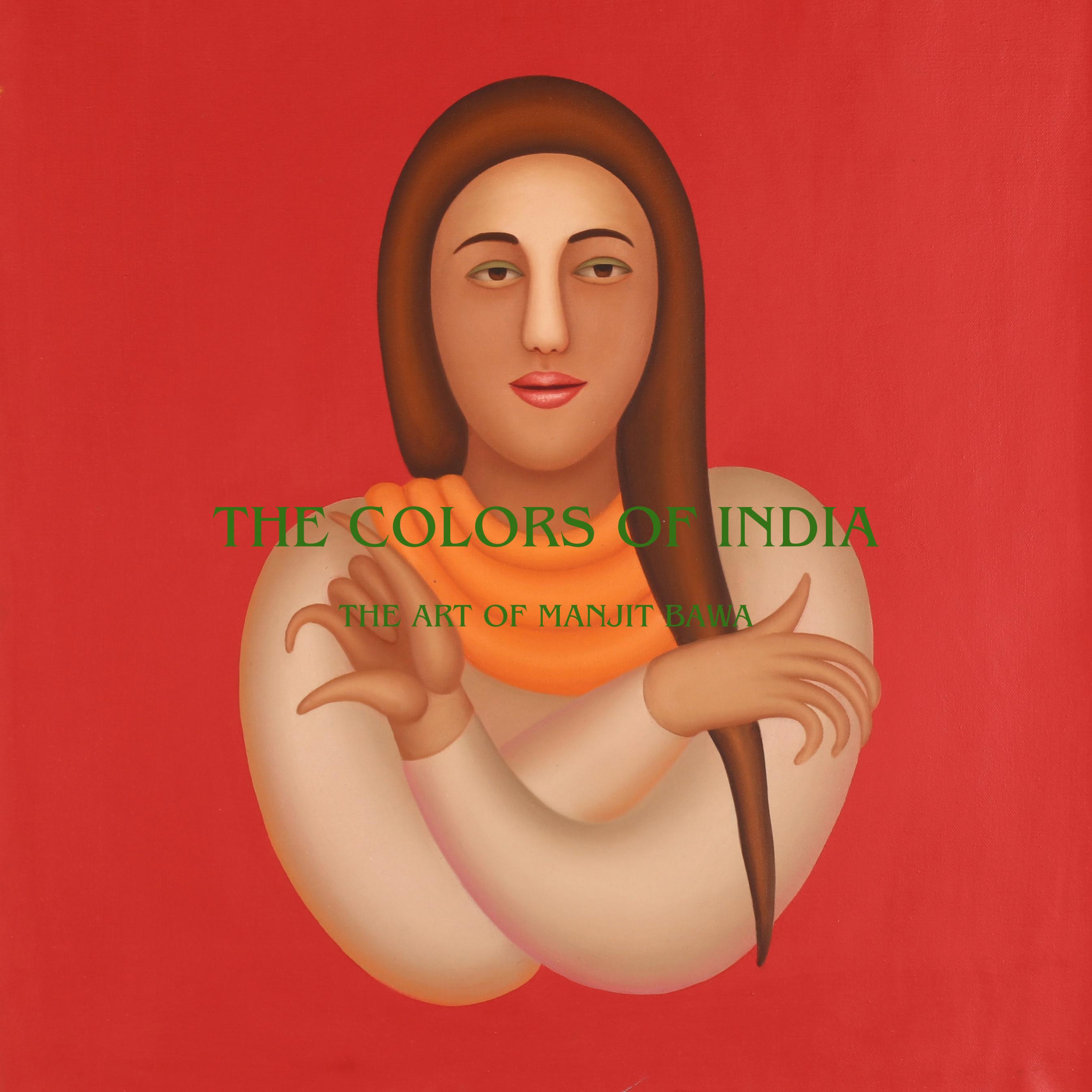 Degas had ballerinas; Vermeer had Dutch women in daily life; Pollock had tumultuous paint splatters. The unique style and subject matter adopted by individual artists is like its own entity, as distinct and nuanced as the people who put paint to canvas. Manjit Bawa, one of the most important Indian painters of the 20th century, contributed his own unique perspective to the art world, characterized by color, mysticism, and form. In our Important Fall Auction we are offering an untitled original work by Bawa that exemplifies the artist’s aesthetic in its luminous simplicity and vibrant palette.

Manjit Bawa was born in Dhuri, in Punjab, in 1941. At 17, at the urging of his older brothers, he went to study at the College of Art in New Delhi, where he was tutored by major figures in Indian art, such as Somnath Hore, Dhanraj Bhagat, B. C. Sanyal, and Abani Sen. Bawa credited Sen, who was instrumental in establishing a post-colonial Indian artistic identity, with helping Bawa to discover his own form. After several post-college years in England working as a screenprinter, Bawa returned to India. It was then that he found the unique artistic perspective from which he would work for the rest of his career.
In Bawa’s formative years - the mid 20th century - the prevailing trend in Indian art was abstraction in muted grays, blacks, and browns. And so Bawa’s return to figurative painting in saturated color was a major departure from the work of his predecessors and peers. Bawa wanted to express something uniquely Indian, and so he chose to work in the rich reds, deep yellows, bright blues, and velvety greens so prevalent in other areas of Indian culture. As a profoundly mystical person, Bawa’s work was also inspired by various Indian religious stories and Sufi poetry. He often painted characters such as Krishna, Shiva, and Kali. Animals figure prominently as well, sometimes on their own and other times along with a human companion. 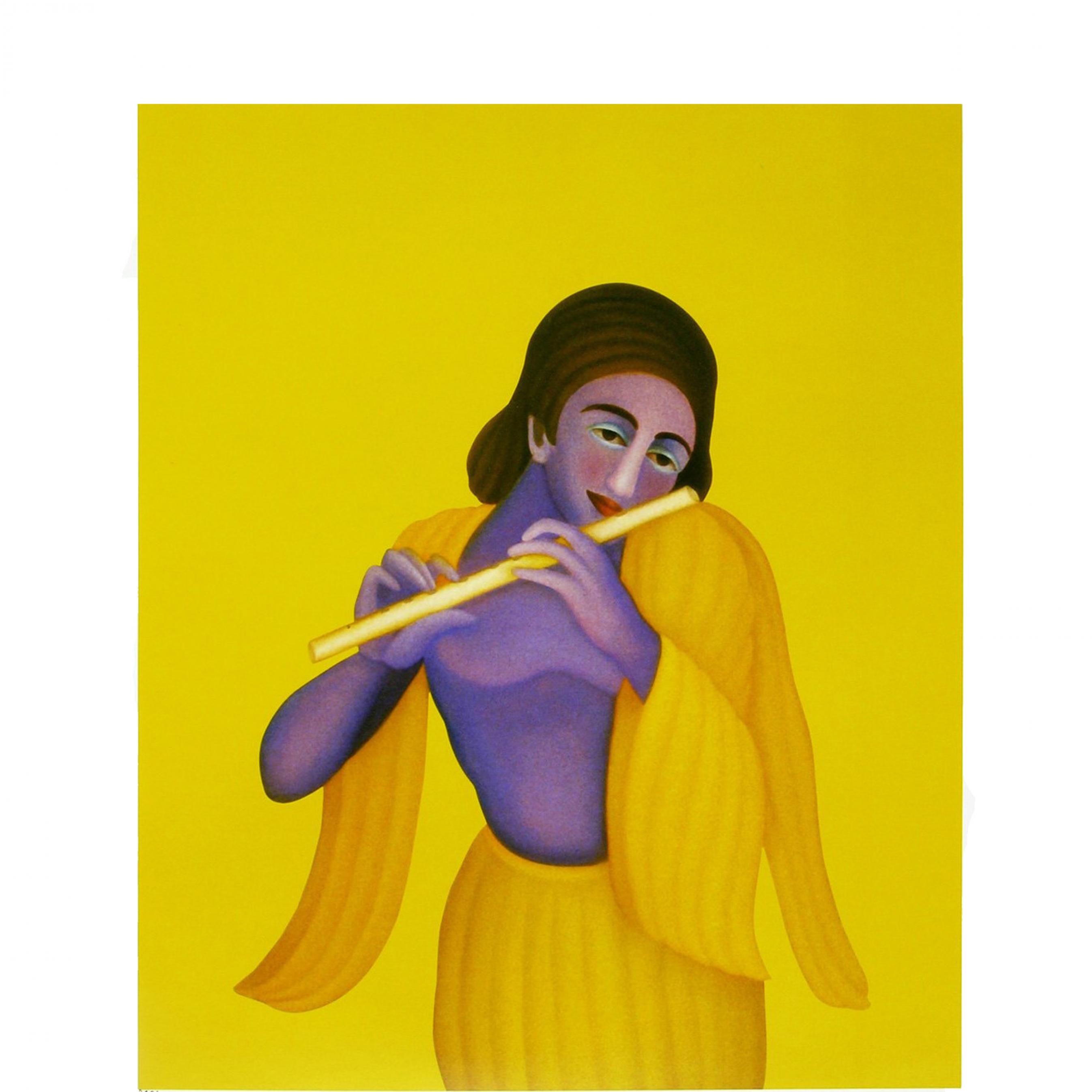 The Purple Piper, 1978, Bawa's first painting of Lord Krishna
Bawa was one of the first to bring Indian painting back to figurative subjects, and he did so in such a stylized manner as to make his work unmistakable from anyone else’s. The forms of people and animals are clear, but they float in brilliant color fields devoid of any other context. In effect, the color is the context. At first glance, Bawa’s strong shapes and color forms look simple and two-dimensional. But as they draw the viewer in, their roundness and subtle perspective become apparent. With layers and gradations of color, always color, Bawa gave quiet depth to his paintings.

Interestingly, since there is no context to Bawa’s scenes other than the color field in which they exist, light is also a strong element in his work. His style is often referred to as a form of chiarscuro, though again, there is no apparent, or even implied, light source. But the strong contrast between color fields, and incredibly subtle shading, give the impression of an inner light emanating from Bawa’s forms. 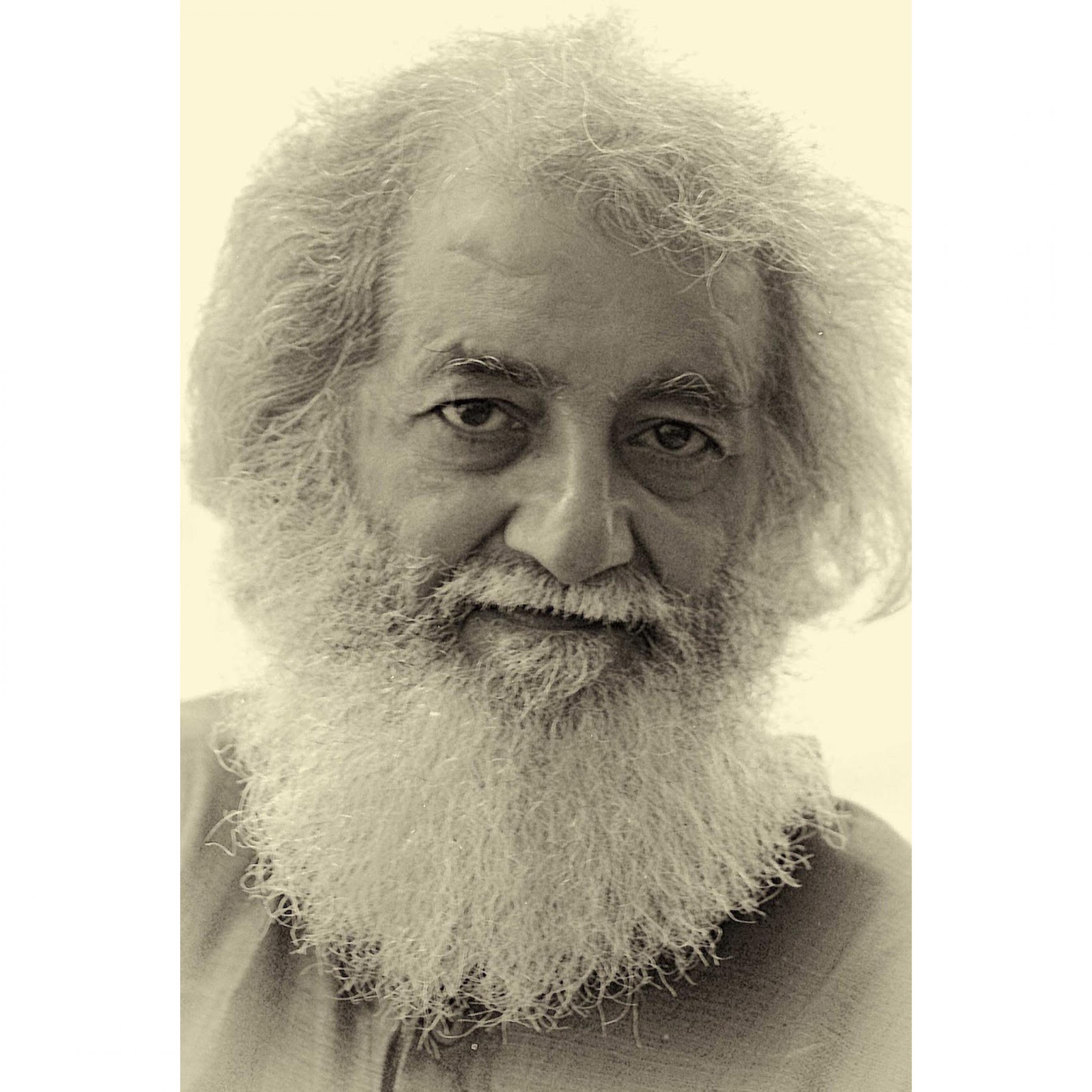 Manjit Bawa
Manjit Bawa’s work was the subject of many gallery and museum exhibitions during his lifetime, including at The Royal Academy of Art and the Hirshhorn Museum in Washington D.C., and the National Gallery of Modern Art in New Delhi. His paintings were highly sought after during his lifetime, and by his own admission, he felt the pressure of there always being more buyers than canvases. Bawa was also the subject of the documentary Meeting Manjit, which won the National Award for Best Documentary and the books In His Own Words and In Black and White by his close friend Ina Puri.
Below is the untitled work by Manjit Bawa being offered in our Important Fall Auction, along with two paintings by another Indian artist, M.F. Husain, which exemplify the Cubist style from which Bawa’s work is such a departure. All three paintings are from the Collection of Kuljeet Singh Butalia, owner of Gita Art Gallery (now G.A.G. moderné), New Delhi.