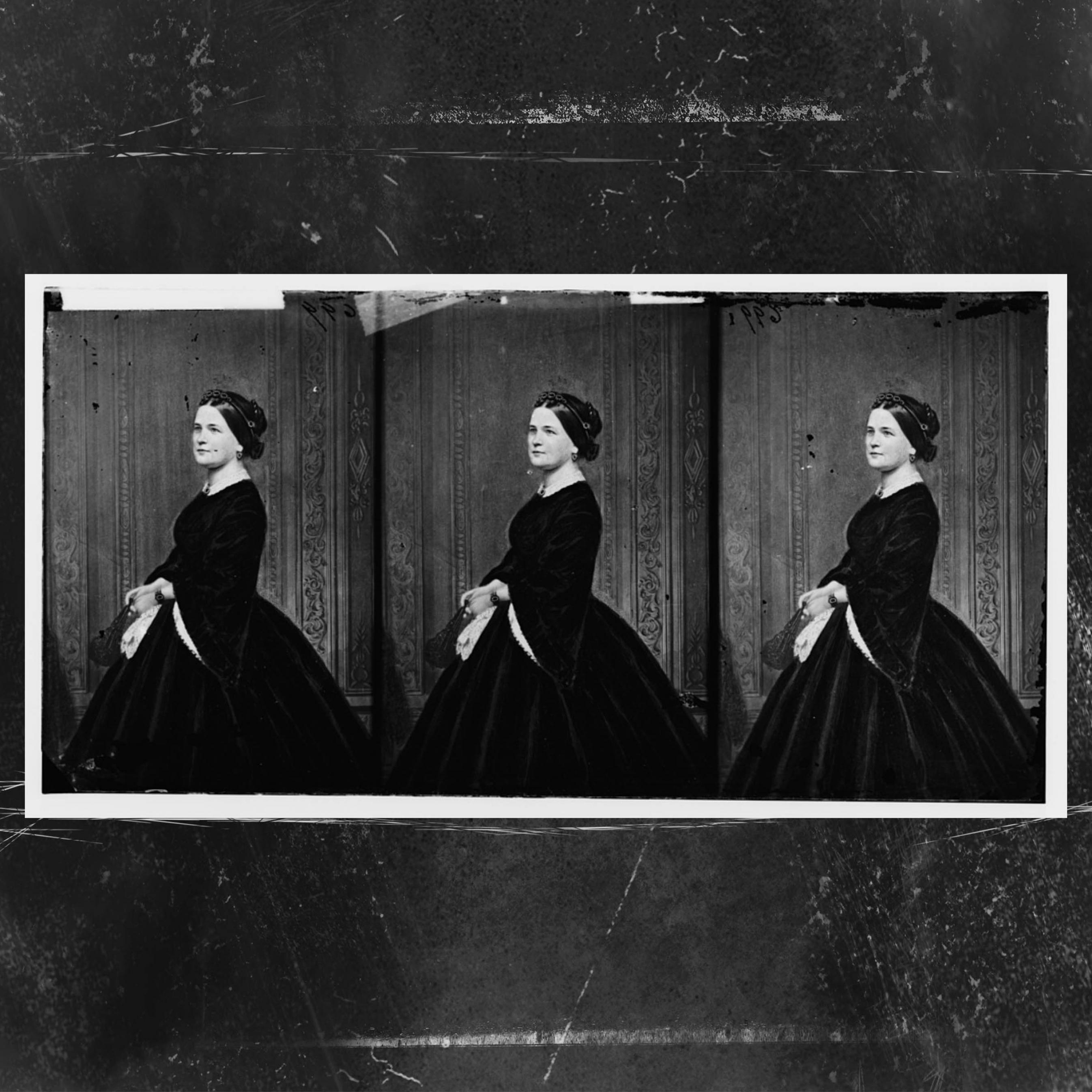 Mary Todd Lincoln's Silver Service Scandal
The Gorham Coin Silver Tea Service in our upcoming Signature Summer Auction is nearly identical to the one purchased by Mary Todd Lincoln during her famously over-budget White House redecorating spending spree in the early 1860s.
When the Lincolns moved into The White House in 1861, Mary Todd declared it uninhabitable. Upon marrying Abraham Lincoln, Mary went from the life of a Lexington, Kentucky socialite to living in a single room in a Springfield boarding house. Her position as First Lady was a chance to regain her previous social standing. Though The White House had been redecorated twice in the preceding decades, Mary Todd went about the business of spending the $20,000 traditionally appropriated by Congress to allow new Presidents to make the White House their own. She bought drapes and china, furniture and rugs. By the time she was done, she’d spent $6,878 over the allotment from Congress. Mary Todd sent the Commissioner of Public Buildings to plead her case with her husband, to which Lincoln replied that he “....would never approve the bills for flub dubs for that damned old house!...It would stink in the land to have it said that an appropriation for $20,000 for furnishing the house had been overrun by the President when the poor freezing soldiers could not have blankets." In the end, Congress quietly covered the First Lady’s expenditures in the next year’s appropriations, Civil War notwithstanding. 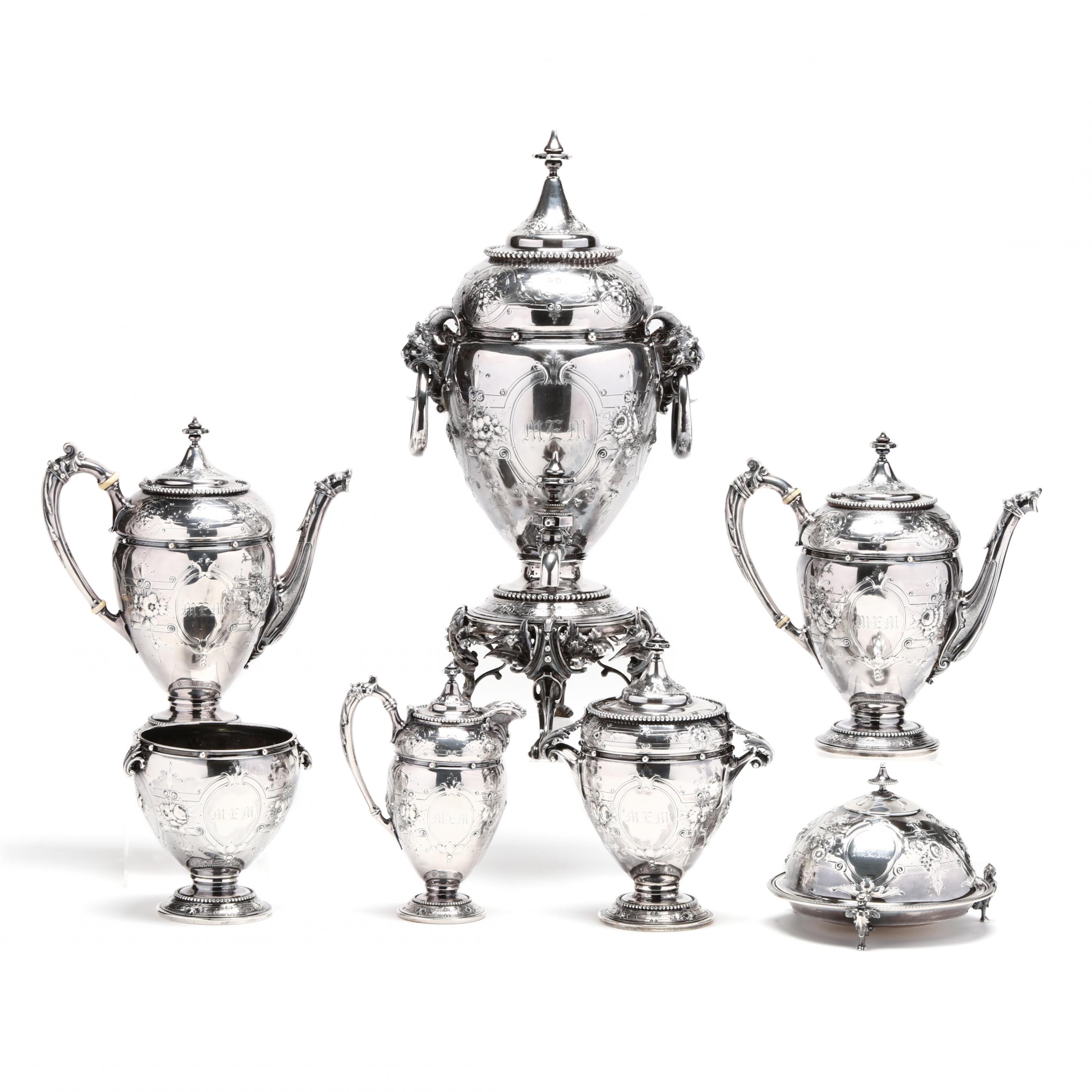 The upheaval over Mary Todd Lincoln’s decorating bills may be why she generally claimed that her striking coin silver tea service, which appeared at the White House early in her residency was “presented [me] by New York friends.” The set now resides at the Smithsonian’s National Museum of American History. Their catalogue listing cites Lincoln’s claim that the silver was gifted to her, but historian Charles H. Carpenter notes in his definitive volume on the history of the Gorham silver company that Lincoln likely purchased the set at the same New York firm where she bought a Haviland dinner service.
It is perhaps lucky for popular history that Lincoln’s tea set was not specially commissioned for her by the aforementioned “New York friends “ - Gorham did produce a number of other sets in the ornate pattern. The set being offered in our Signature Summer Auction was handed down through the family of a Lincoln-era contemporary from Maryland. Full sets like it are rare to come to market.

History loves to judge Mary Todd Lincoln, for better or for worse. Was she an unstable spendthrift opportunist, or a loyal and supportive First Lady? When she entertained in high style during the Civil War she was criticized for being tone deaf to the suffering of the nation. When she became withdrawn after the death of the Lincolns’ son, Willie, in 1862, she was criticized for being aloof. Like most public figures, Mary Todd Lincoln could never satisfy everyone’s expectations all at once.

P.S. If you ask us, it can all be explained by the corsets - who wouldn’t behave erratically on such a reduced oxygen supply? 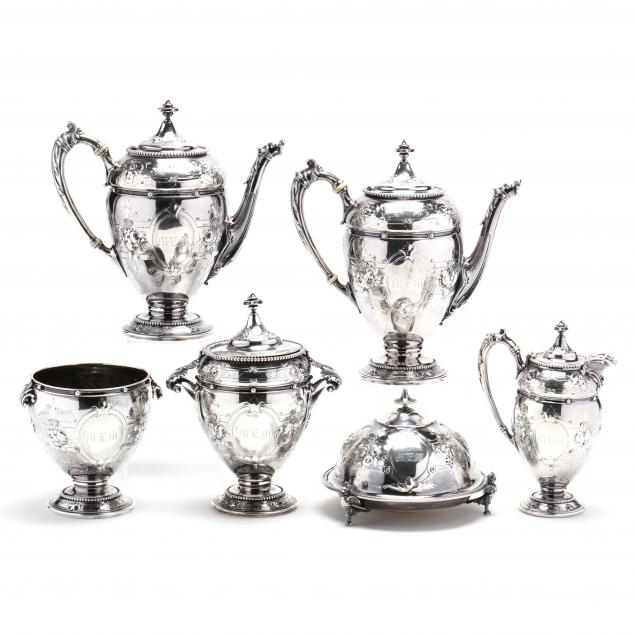