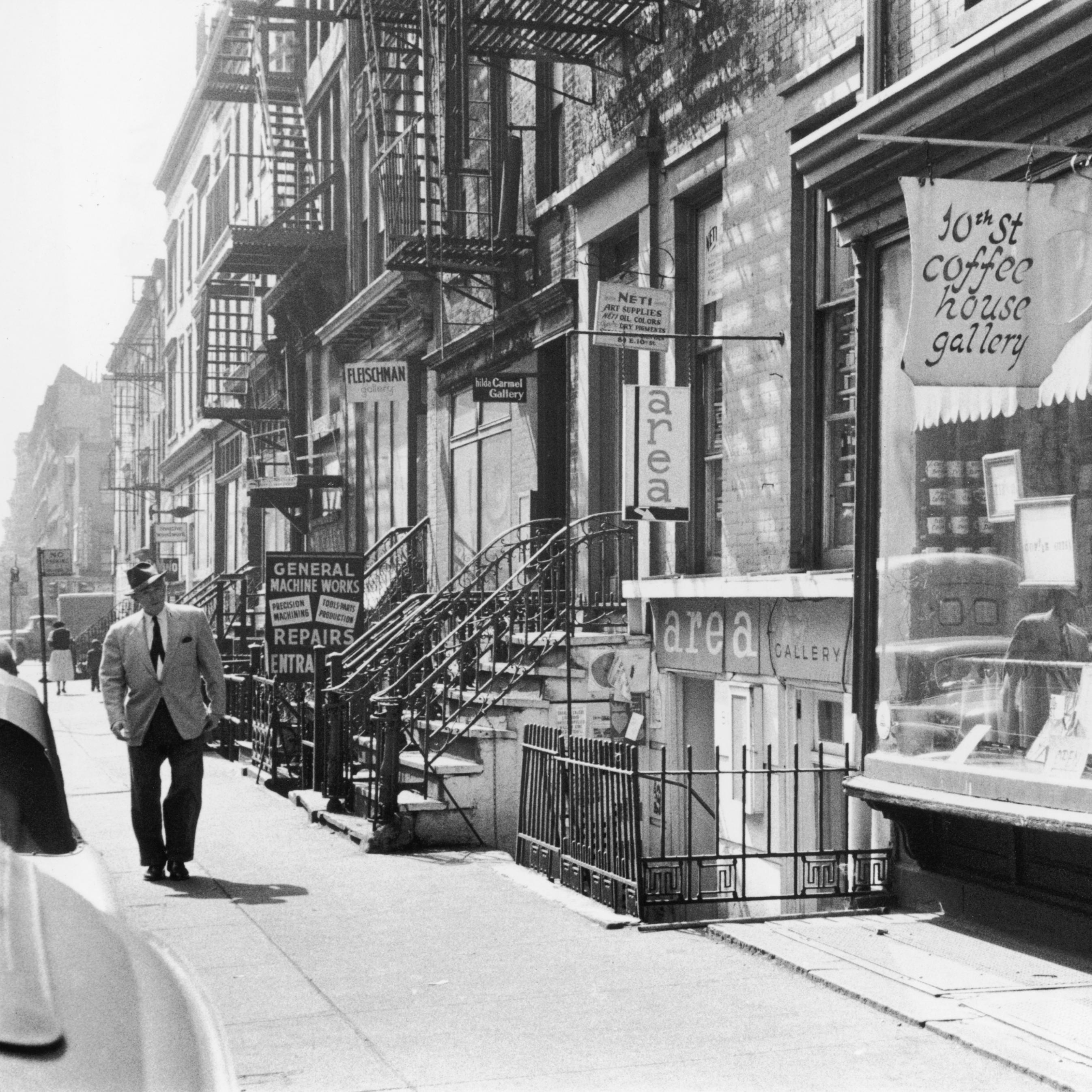 New York's First Artists' Cooperatives
"Here's an idea that makes me super comfortable: how about instead of getting a steady job you try to scrape out a living as an artist?" said no parent in history.
It's funny, isn't it, that even though becoming an artist usually requires one to buck conventional expectations, an art "establishment" that makes conventions for which art is valuable enough to get seen still always manages to emerge? In post-war New York, that art world establishment was firmly rooted in the uptown galleries on Madison Avenue and 57th Street. And unless one's work was represented there, it might as well not have existed. That is, until a scrappy band of abstract expressionist art students, two of whose work we will be offering in our Signature Summer Auction, took matters into their own hands. 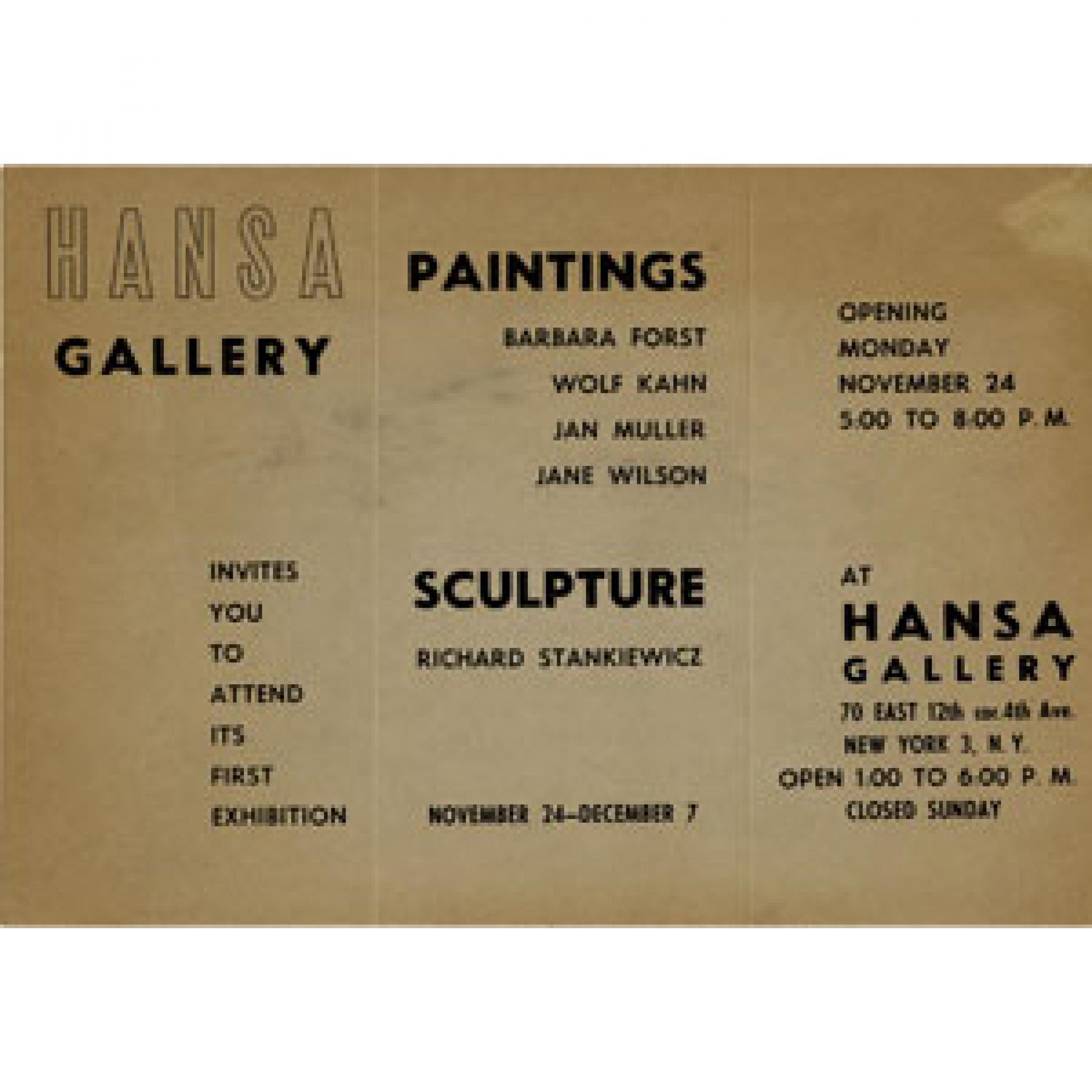 Invitation to the first show at The Hansa Gallery
In the fall of 1952, eight relatively unknown students of the Abstract Expressionist artist and teacher Hans Hoffman from the Art Students' League banded together in a space in a grungy, utilitarian part of downtown Manhattan, where rents were cheap and fancy gallerists held no sway. The group named their collective The Hansa Gallery, both after Hoffman and also, according to founding member Wolf Kahn, because "it was the name of a medieval league of free cities which combined for mutual gain."
The artists did the same - they paid dues, shared clerical and custodial duties, and mounted both combined and solo shows of their work. Because the artists were in the nascent stages of their careers, a definitive roster of the founding members of the Hansa Gallery is hard to pin down. According to an interview with Richard Bellamy, who joined the Hansa as Program Director in 1955, after it had moved to a swankier uptown address, early members of The Hansa included Jean Follett, Barbara Forst, Miles Forst, Wolf Kahn, Allan Kaprow, Felix Pasilis, Richard Sankiewicz, Jacques Beckwith, and Jane Wilson. Wilson's husband, the composer and writer John Gruen, served as the co-op's first Program Director, despite his inexperience in the art world.
Both Wilson and Kahn, whose works are in our Signature Summer Auction, were, at the time of The Hansa Gallery, beginning to experiment with the figural evolution of abstract expressionism. Both became well-known for their expressionist landscapes. After their work attracted considerable attention at The Hansa Gallery, they went on to find representation with better-known galleries. Their artists' work is now represented in major museum collections such as The Metropolitan Museum of Art, The Museum of Modern Art in New York and The Smithsonian American Art Museum. 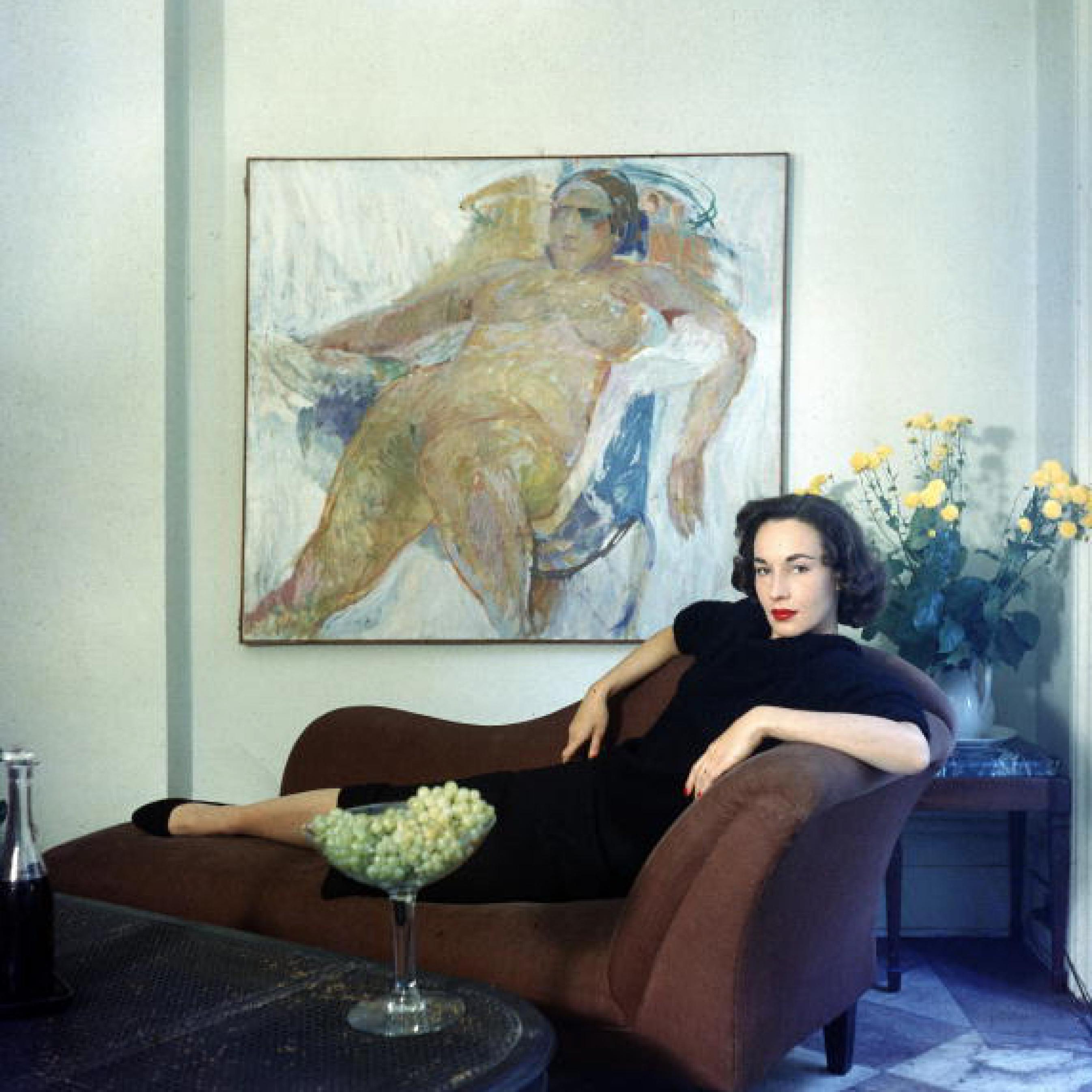 Jane Wilson posing in front of one of her paintings in 1957. Wilson also worked as a model to supplement her income.
The Hansa Gallery relocated to an uptown address in 1955, though it maintained its cooperative structure until it closed in 1959. Meanwhile, other artist collectives sprang up downtown, and became known as the 10th Street Galleries. The Tanager Gallery was best known along with the Hansa, and some artists had membership in both. Alex Katz was one of the founding members of the Tanager, and Willem de Kooning joined it soon after. Other cooperative galleries that sprung up in the area included the Area Gallery, the March Gallery, the Brata Gallery, the Camino Gallery, the James Gallery and more. In 1959, Yayoi Kusama, who had come to New York from Japan just two years before, held her first solo exhibition at the Brata Gallery. By the end of the 1950s, The 10th Street neighborhood had become the center of avant-garde activity for everyone from painters to performance artists to jazz musicians to Beat poets. The urban surroundings may have been bleak, but the creative minds who found a home there imbued it with their innovative energy. 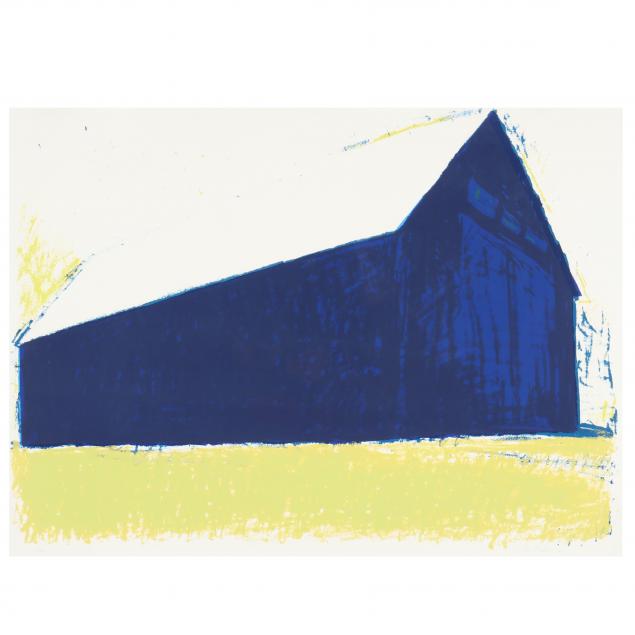