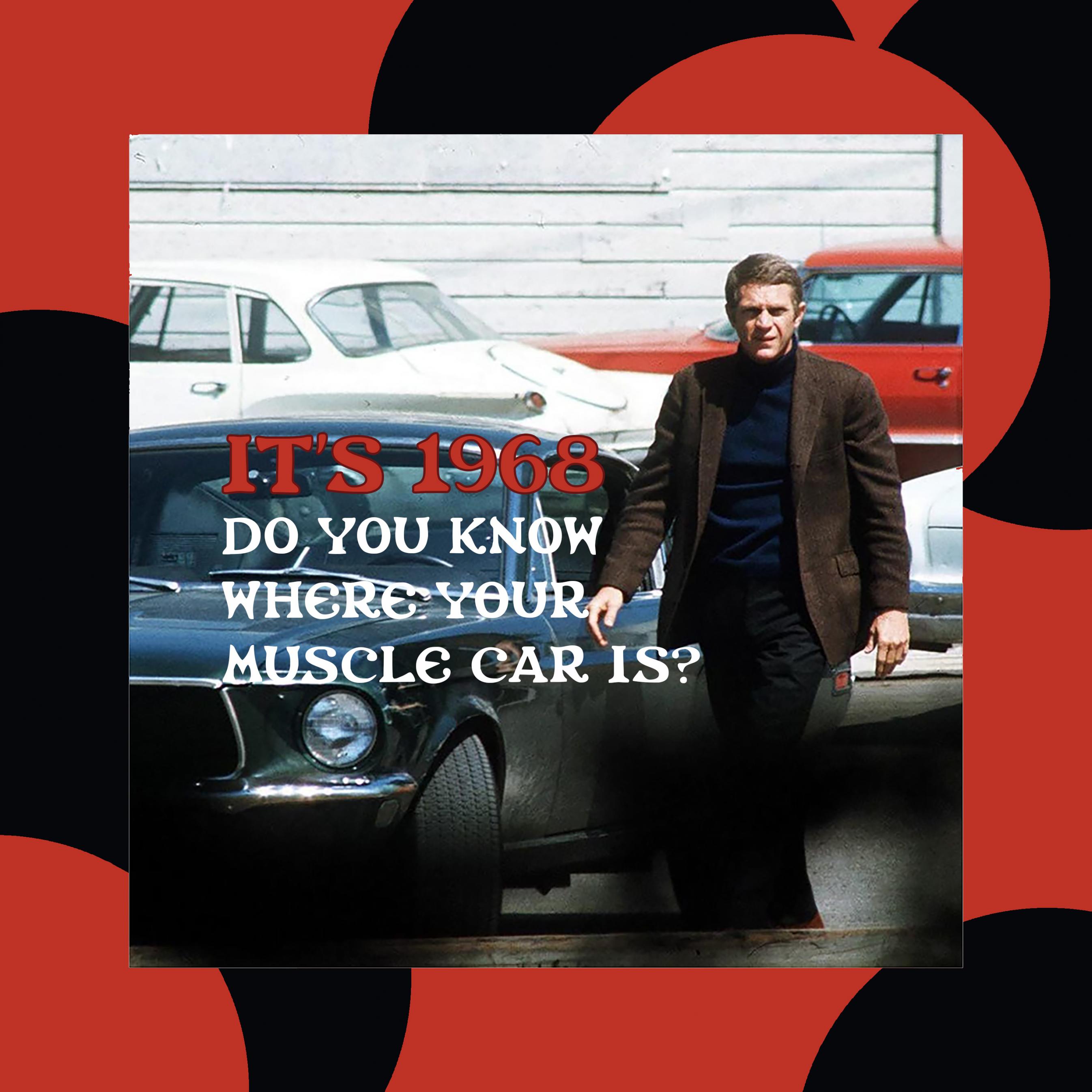 As car bloggers the internet over will come running to tell you, the 1960s were the heyday of the American auto industry. Gas was cheap, safety and environmental restrictions were scarce, and foreign exports were staying home. The racetracks and driveways of America were the Big Three's territory to conquer and their design teams were cowboys in suits. It's no wonder that one of the most iconic cars of the decade was called the Mustang, and that it spawned an entire class of "pony cars."

Cars in the 1960s were also comparatively affordable, making them an accessible cultural touchstone. In the mid-'60s the average car cost only about 1/3 of the median household income, whereas today's average new car costs more than the average American earns in a year. And so in the '60s, cars could be successfully marketed to a younger demographic, who wanted to go fast in style. Those young car buyers of the 60s are the vintage car collectors of the 2000s, and our Holiday Estate Auction boasts a line-up of the fastest, most stylish cars produced during that golden decade of the American automobile. 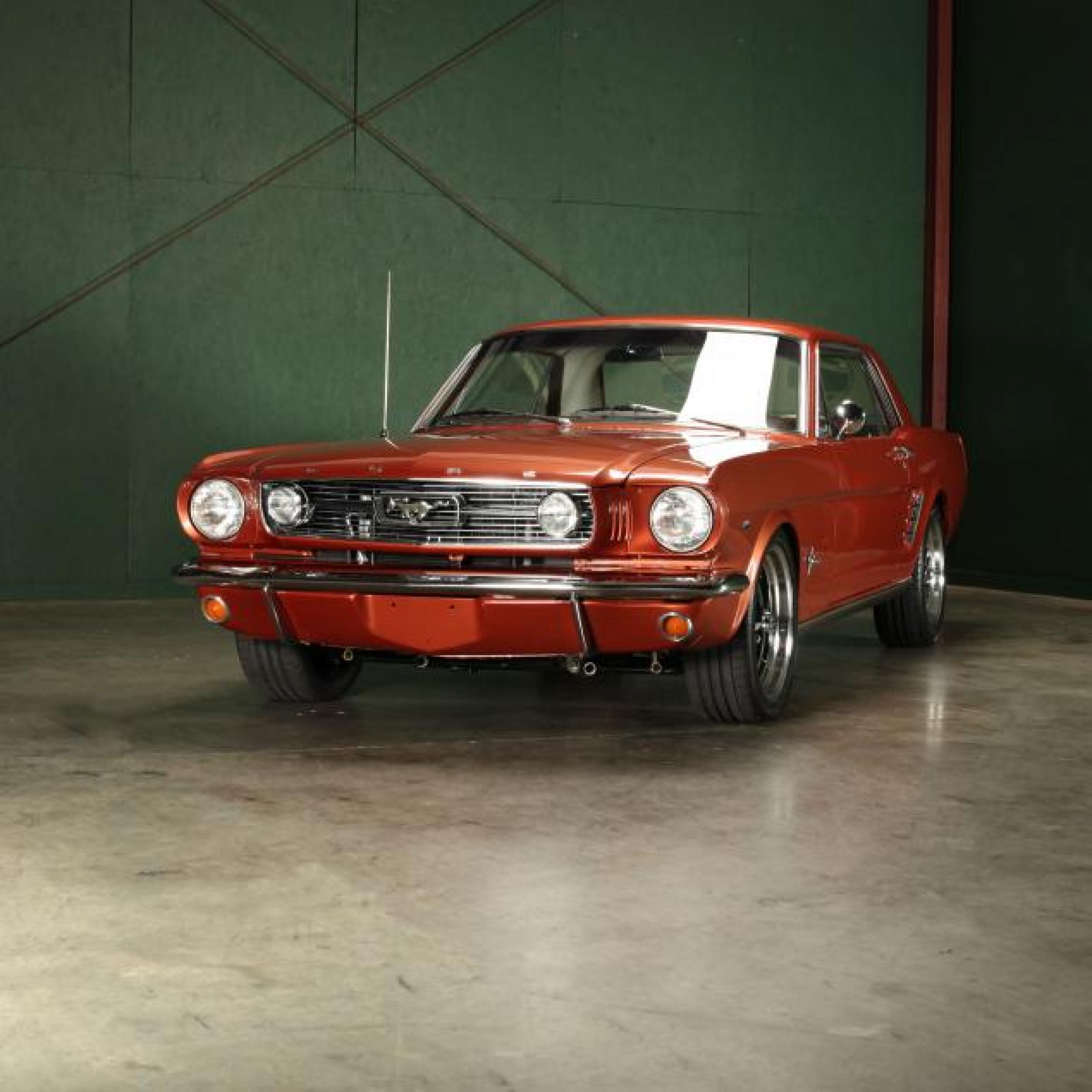 Very Special 1966 Ford Mustang
Head of the Class
The very first Ford Mustang, conceived as an affordable version of the Thunderbird, was introduced in April 1964 at the World's Fair. Ford expected to sell a total of 100,000 of this 1965 model - they sold over 20,000 in the first day, and 400,000 in the first year. The Mustang pioneered the "pony car" - essentially a compact car with a fast engine.
The 1966 Mustang we are offering was given the royal treatment at Petty's Garage after it was last sold by Leland Little Auctions with an established provenance. Though later in the '60s and into the '70s the Mustang design expanded some to accommodate ever-larger engines, the 1966 model had changed little from the outrageously popular '65s. All restoration to this Mustang has stayed true to spirit of the original - this is the Mustang with which America fell in love. 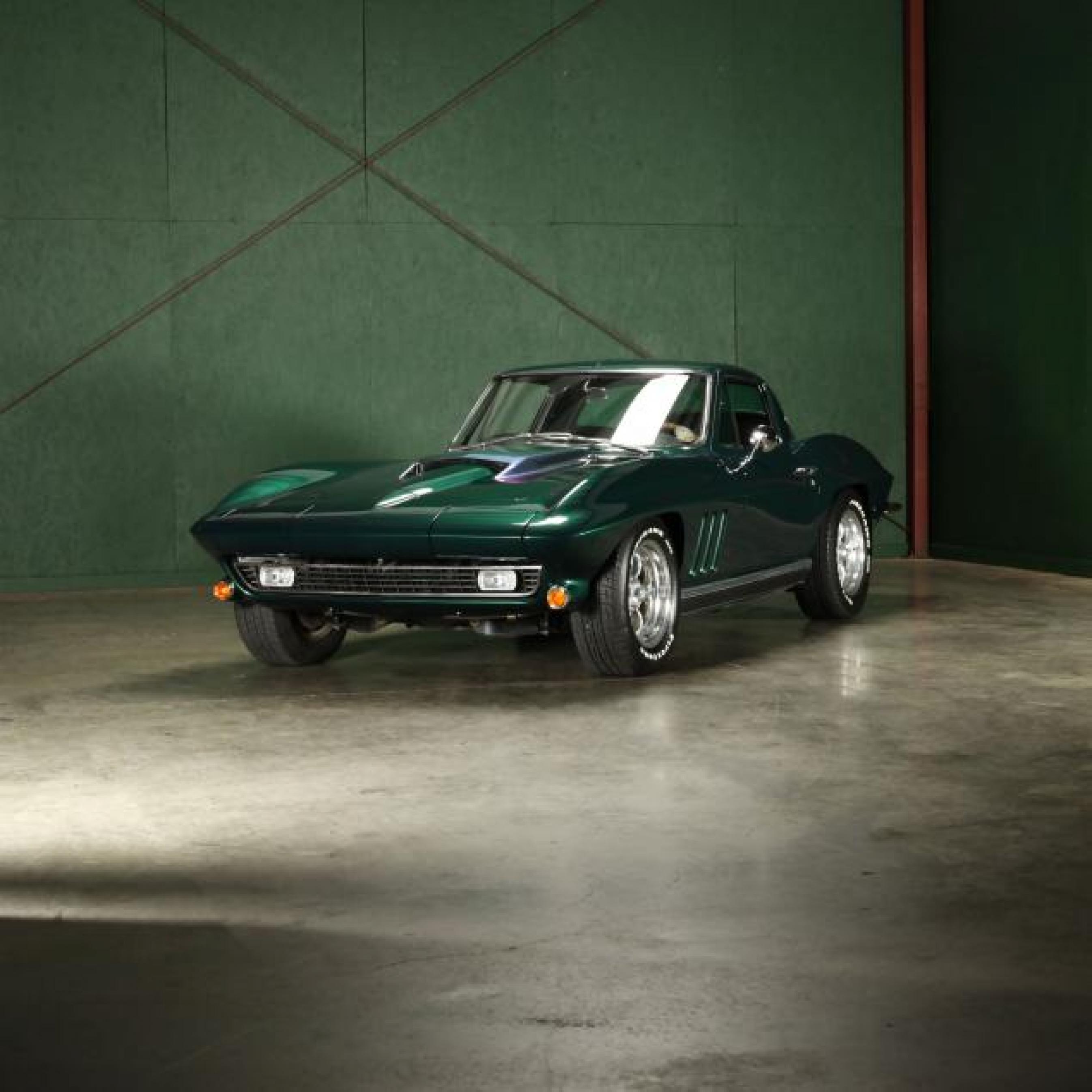 1966 Chevrolet Corvette Stingray
America's Most Popular Sports Car
First introduced by Chevrolet in the early 1950's, the Corvette was named for the compact, highly maneuverable ship that was used against submarines in WWII. The second generation of Corvettes, of which the car in our auction is one, was called the Stingray, and was produced from 1963-1967 only. The '66 Corvette in our auction was meticulously cared for and customized by a dedicated car enthusiast and won a number of car show awards under his ownership. 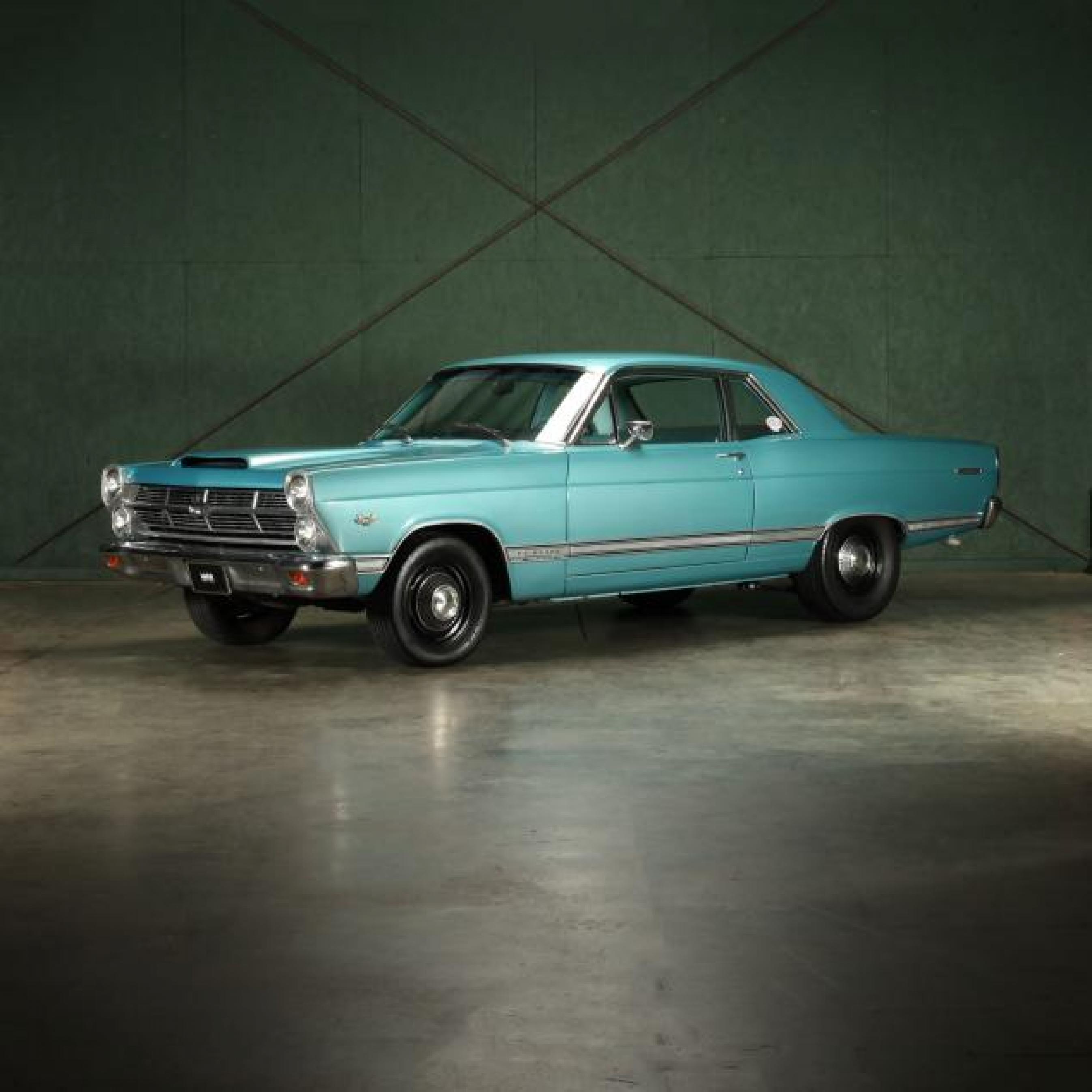 1967 Ford Fairlane 500
The Breakaway Racer
The late 60's generation Ford Fairlane was the epitome of the "win on Sunday, sell on Monday" marketing adage of the day. These were the cars that made Ford a real contender at NASCAR, with the help of Holman Moody. Adding to the racetrack cred of the Fairlane in our Holiday Estate Auction is an engine built by Barrie Poole of the Border Bandits - the team of Canadian drag racers who would dominate US racetracks and then hustle back over the border to Canada with their trophies in the late '60s and early '70s . 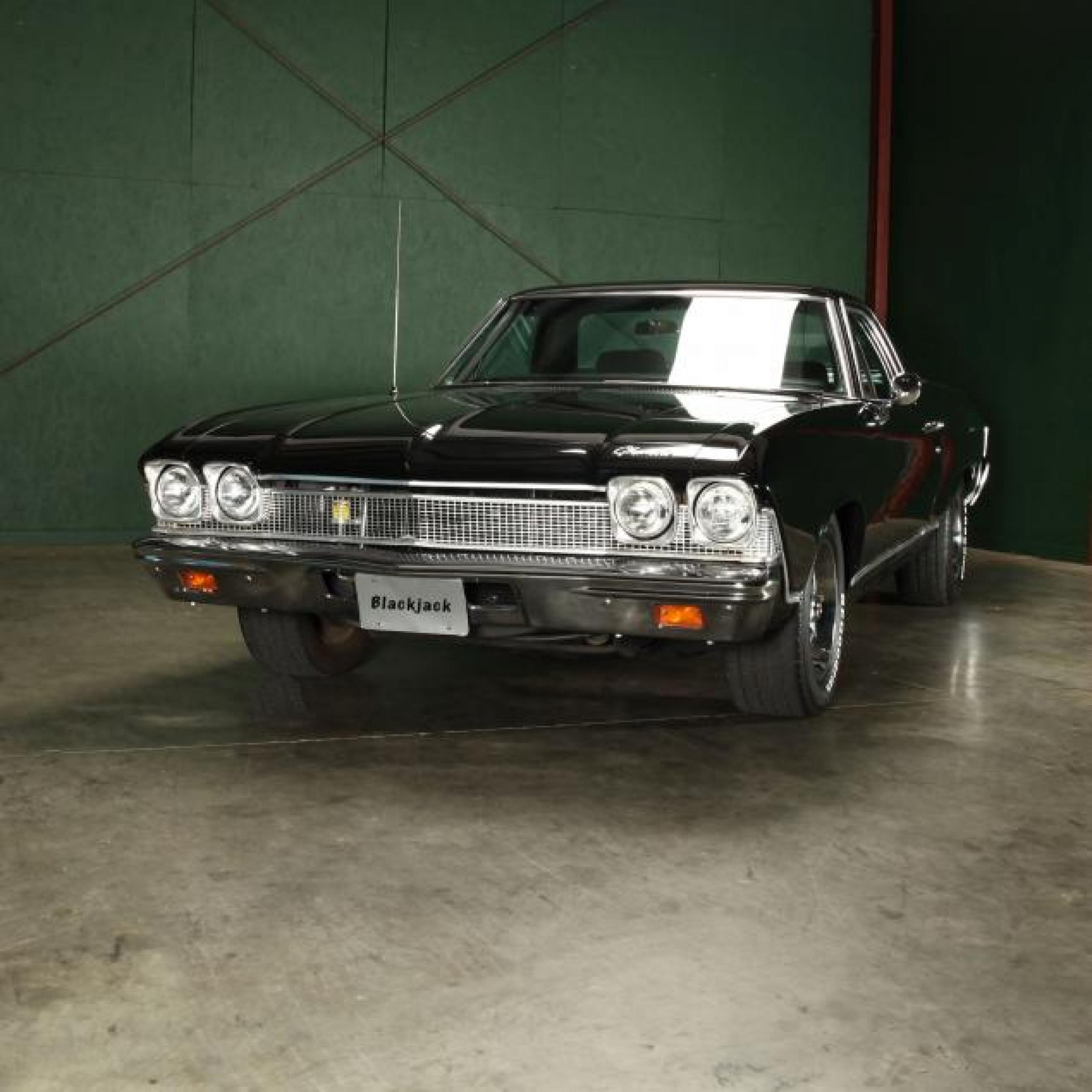 1968 Chevrolet El Camino
It's Both
Perhaps nothing can sum up the contradiction (or harmony?) in the soul of the El Camino like the original line Chevy used to market it: "It rides and handles like a convertible yet hauls and hustles like the workingest thing on wheels." The El Camino was introduced to compete with the Ford Ranchero, which legend has it was Ford's answer to the request of an Australian housewife who wanted a car she could drive to church on Sunday and her husband could use to haul livestock on Monday. But regardless of whether you think it's a car or a truck, the El Camino we are offering is 100% muscle, with the V8 engine to prove it. 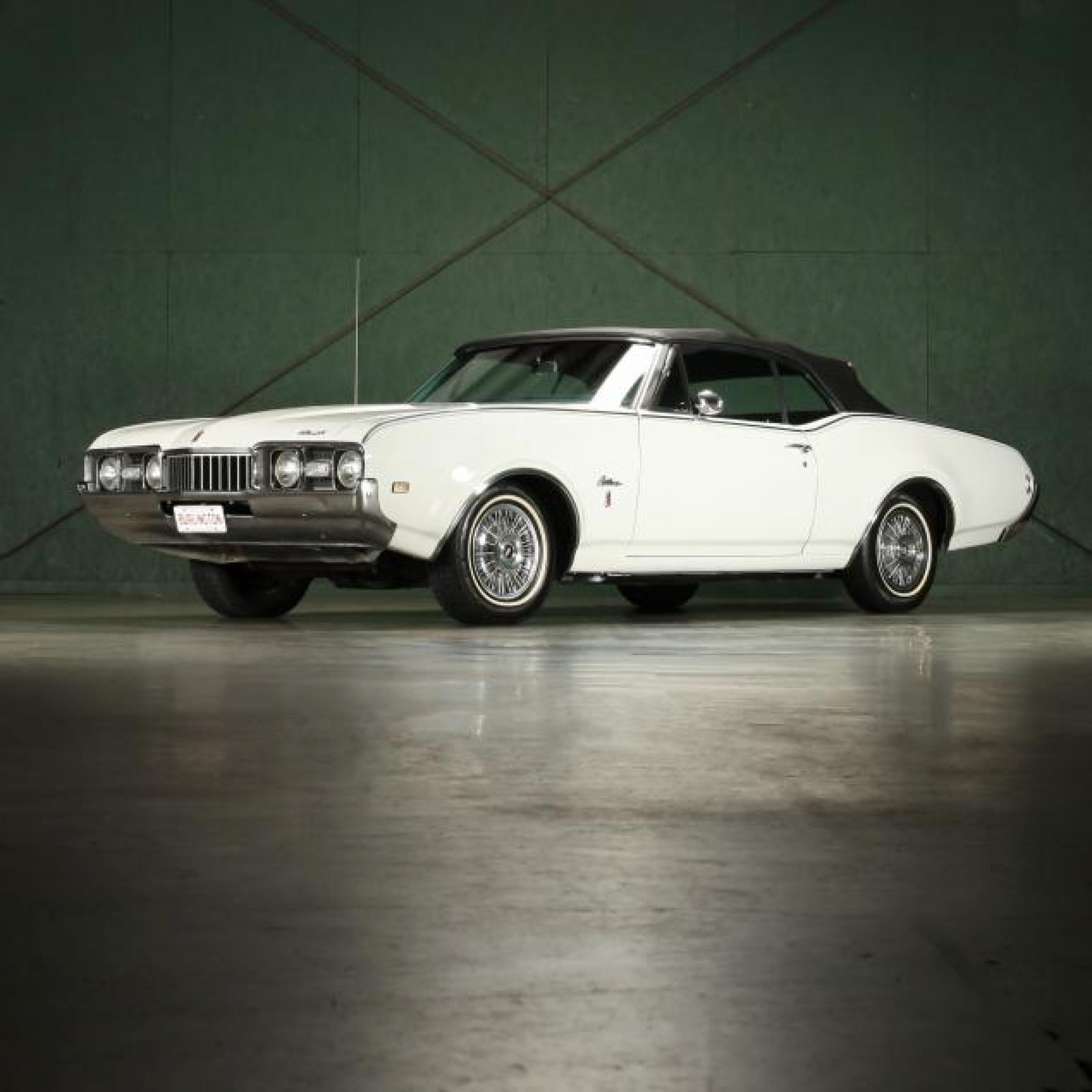 Muscle For Everywoman
The mid-60s version of the Oldsmobile Cutlass was GM's answer to cars like the Fairlane. Though never a contender on the racetrack like the Fairlane, the comfort and accessibility of the Cutlass, combined with its true muscle car V8, made it the dark horse winner at the dealership by the end of the 70s. The Cutlass Convertible in the Holiday Estate Auction was in the care of single owner, who drove it for decades to her daily golf game, since it was purchased from the dealership in 1968. 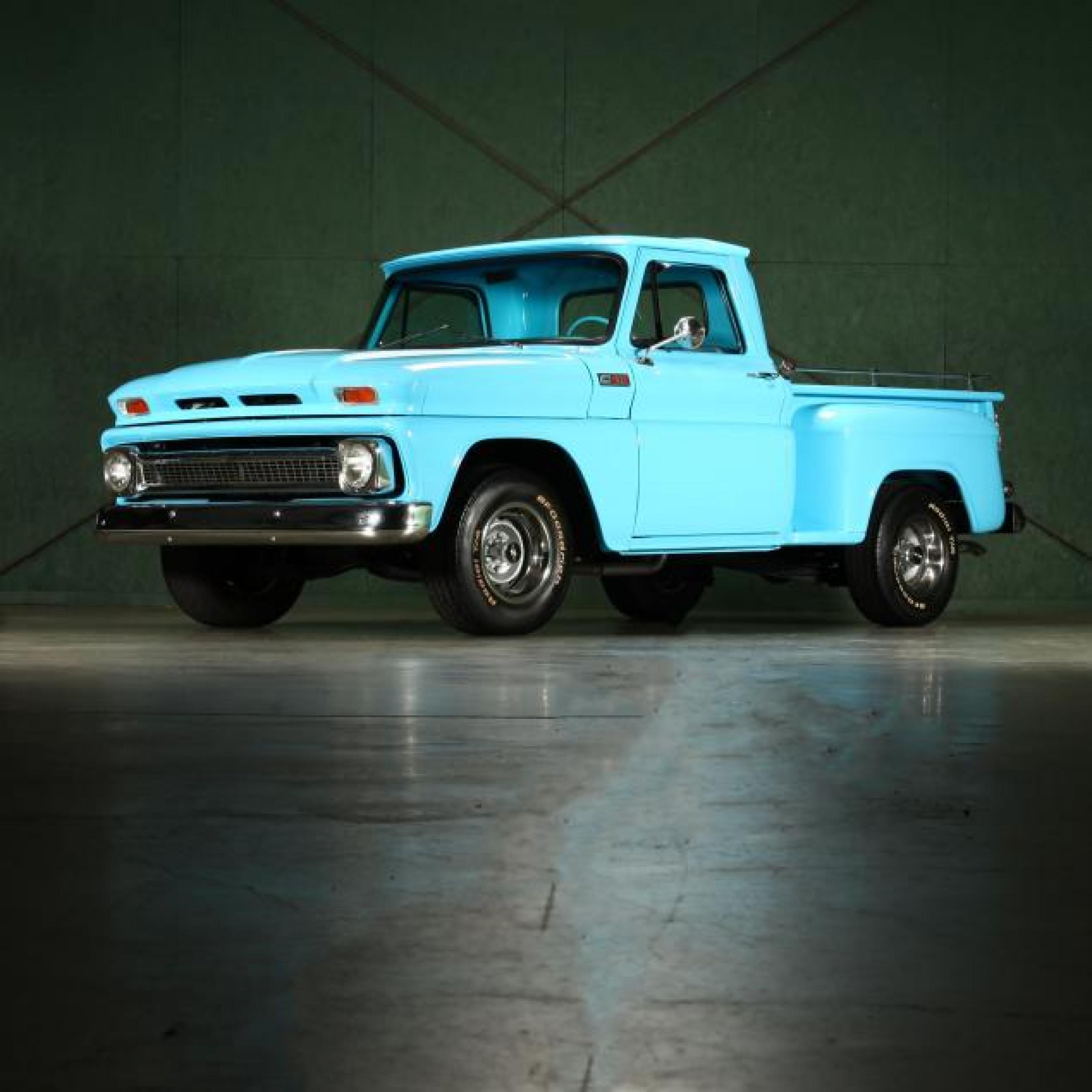 Off The Beaten Track
Our last offering in the Holiday Estate Auction from the 1960s is a departure from the rest of the racetrack-focused selection. American pick-up trucks in the '60s were all about transforming a utilitarian vehicle into something with style and comfort. This 1965 Chevrolet C10 is no exception - given a stunning restoration around 2000, it's arguably more attractive than most modern pick-ups and rides more smoothly more than its muscle-bound companions.
The Holiday Estate Auction
Thursday, December 17th
10:00am (EST) 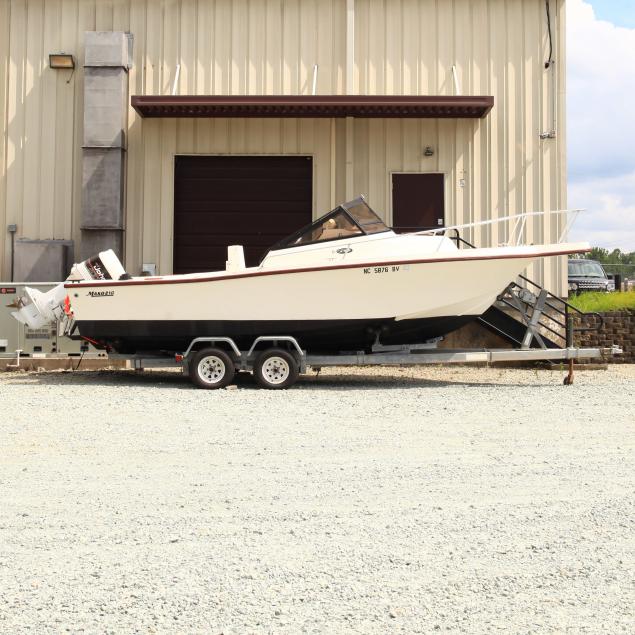 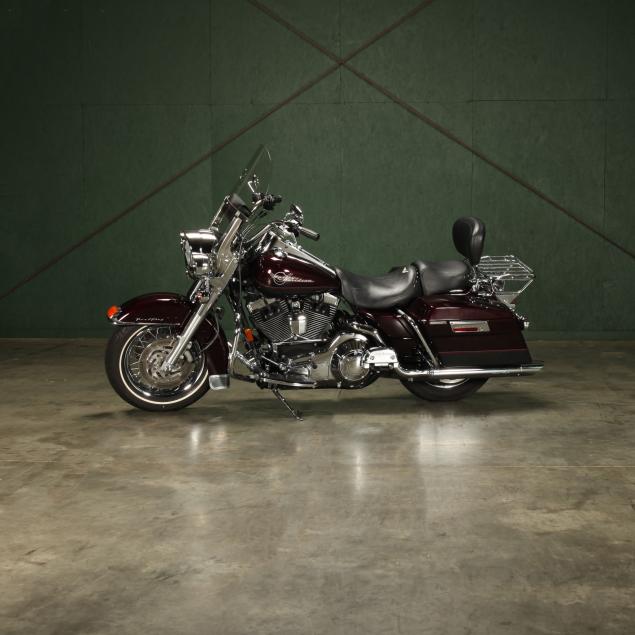 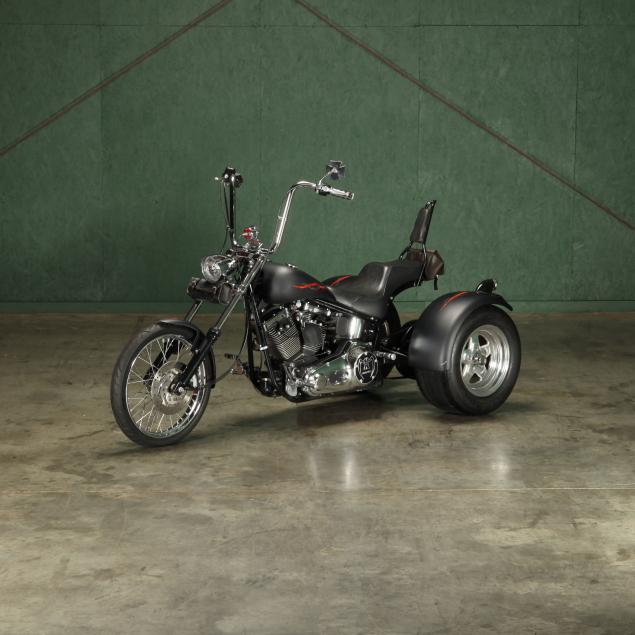 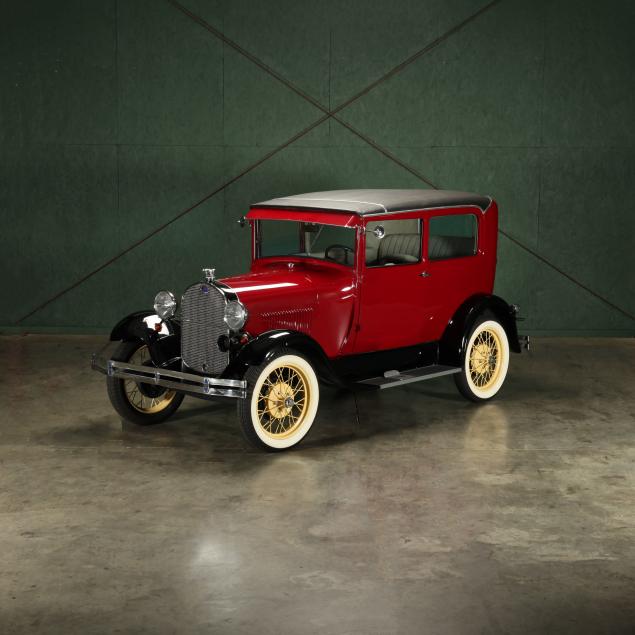 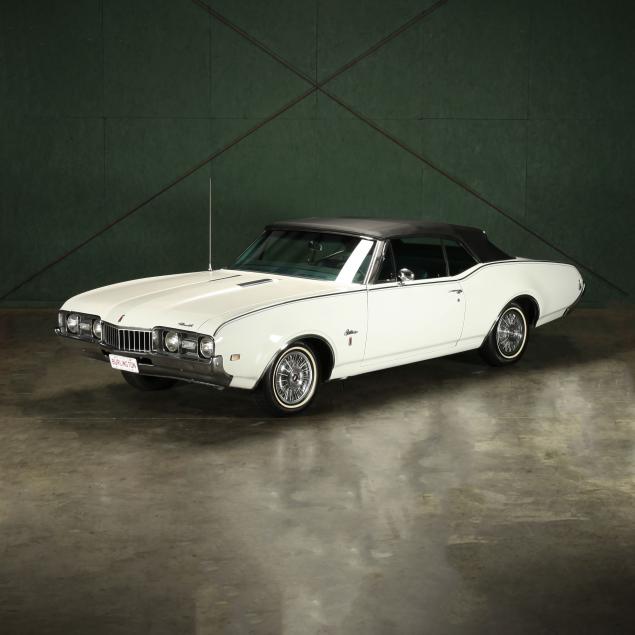 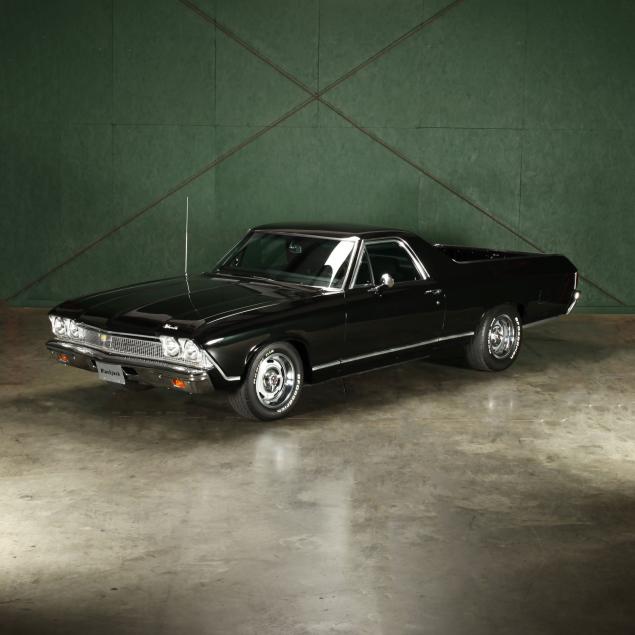 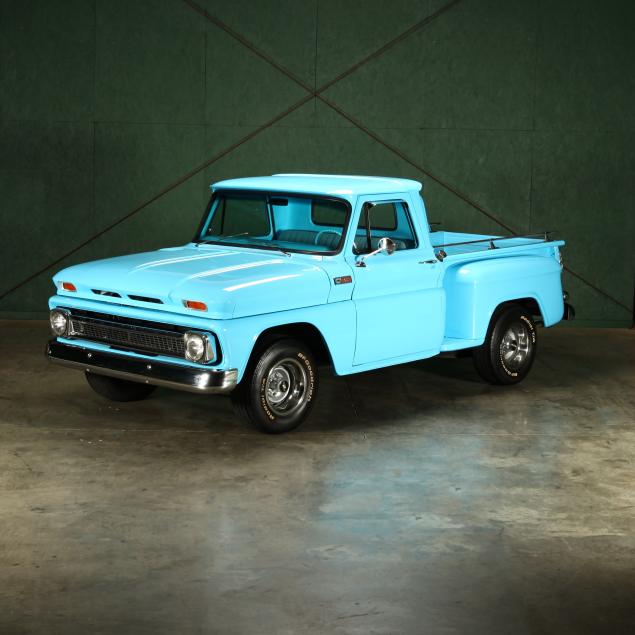 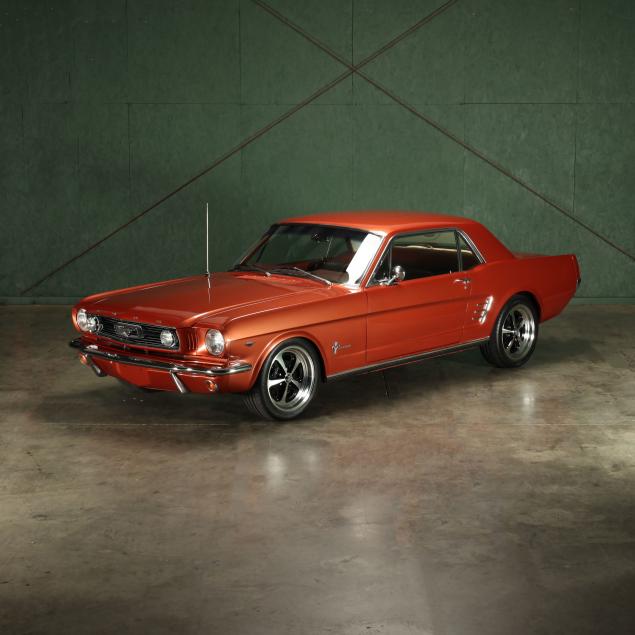 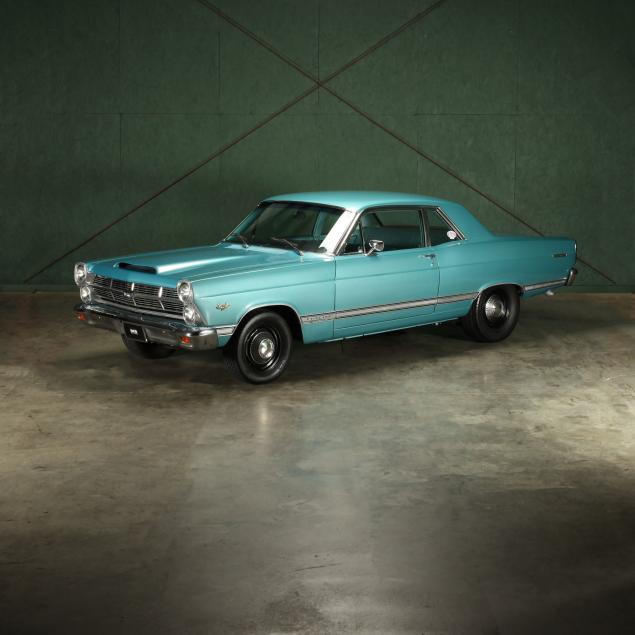 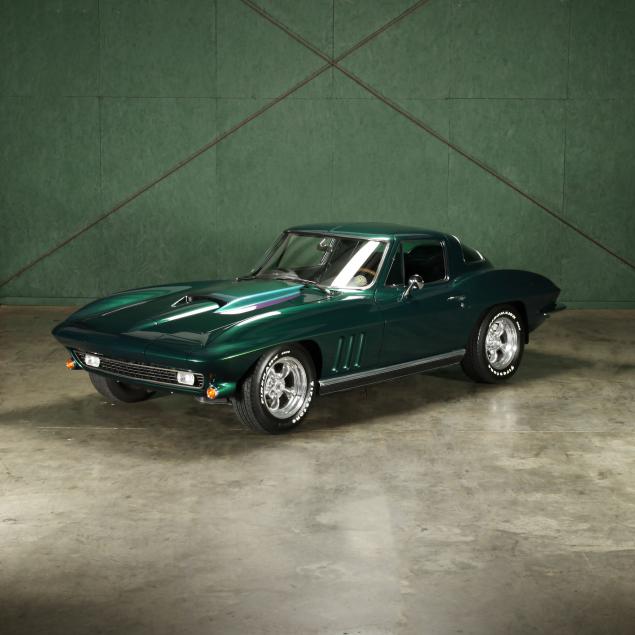