Home  ·  Stories  ·  Queen Victoria at the Table - The Original Influencer 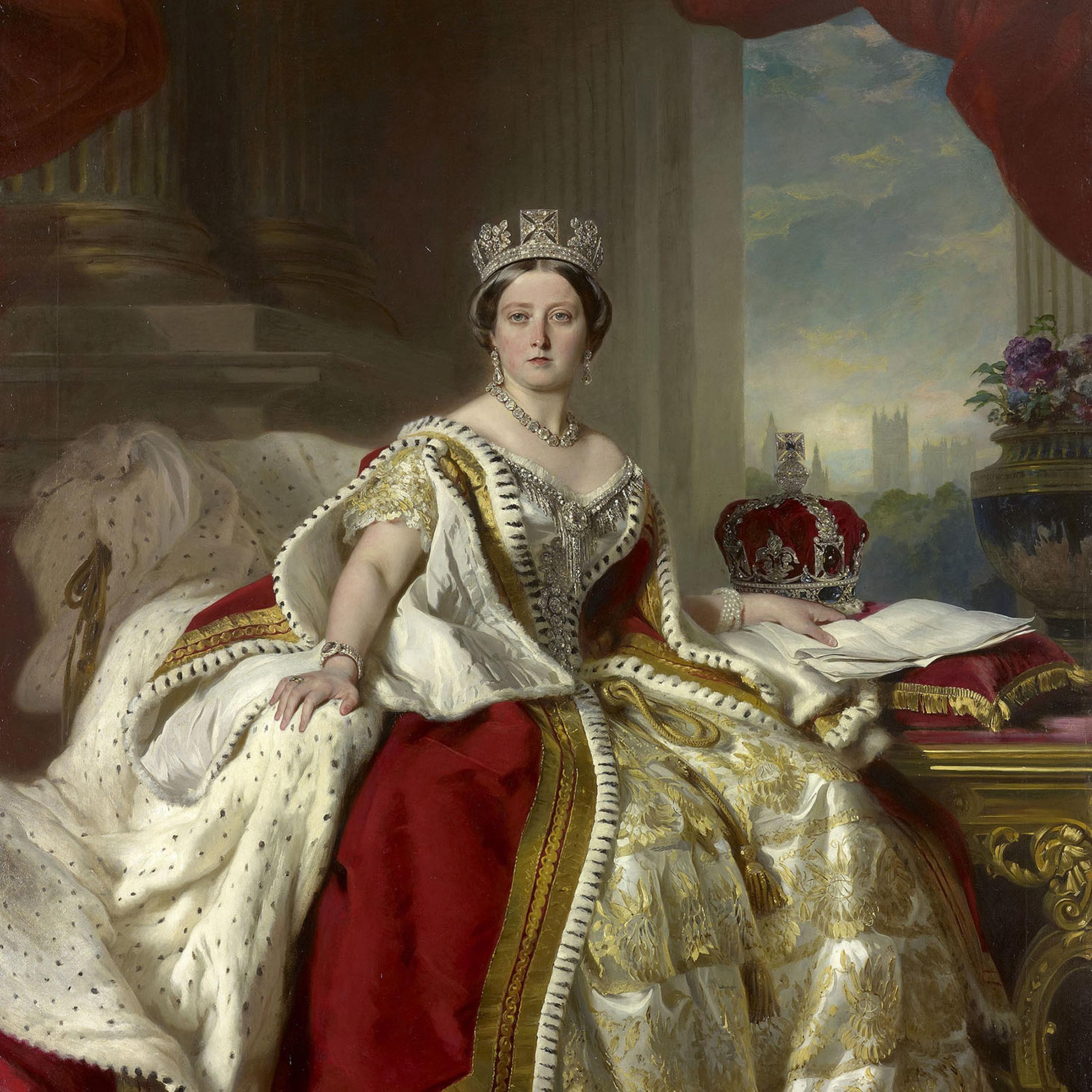 Queen Victoria was responsible for a surprising number of things that populate our daily lives. The white wedding dress, cameo jewelry, the primacy of the nuclear family, Christmas. OK, maybe we have an even earlier "influencer" to thank for Christmas itself, but it was because of Prince Albert's German roots that Christmas trees became a ubiquitous holiday tradition in England. The habits of the royals had long laid the groundwork for the trends of their subjects, and Queen Victoria was a particularly popular queen. What Victoria liked, everyone else did too. And the conventions of the dining table were no different. And so, with a selection of one of Victoria's china patterns, Queen Victoria by Herend, on offer in the April Estate Auction, we delve into what Victoria prescribed for the table. 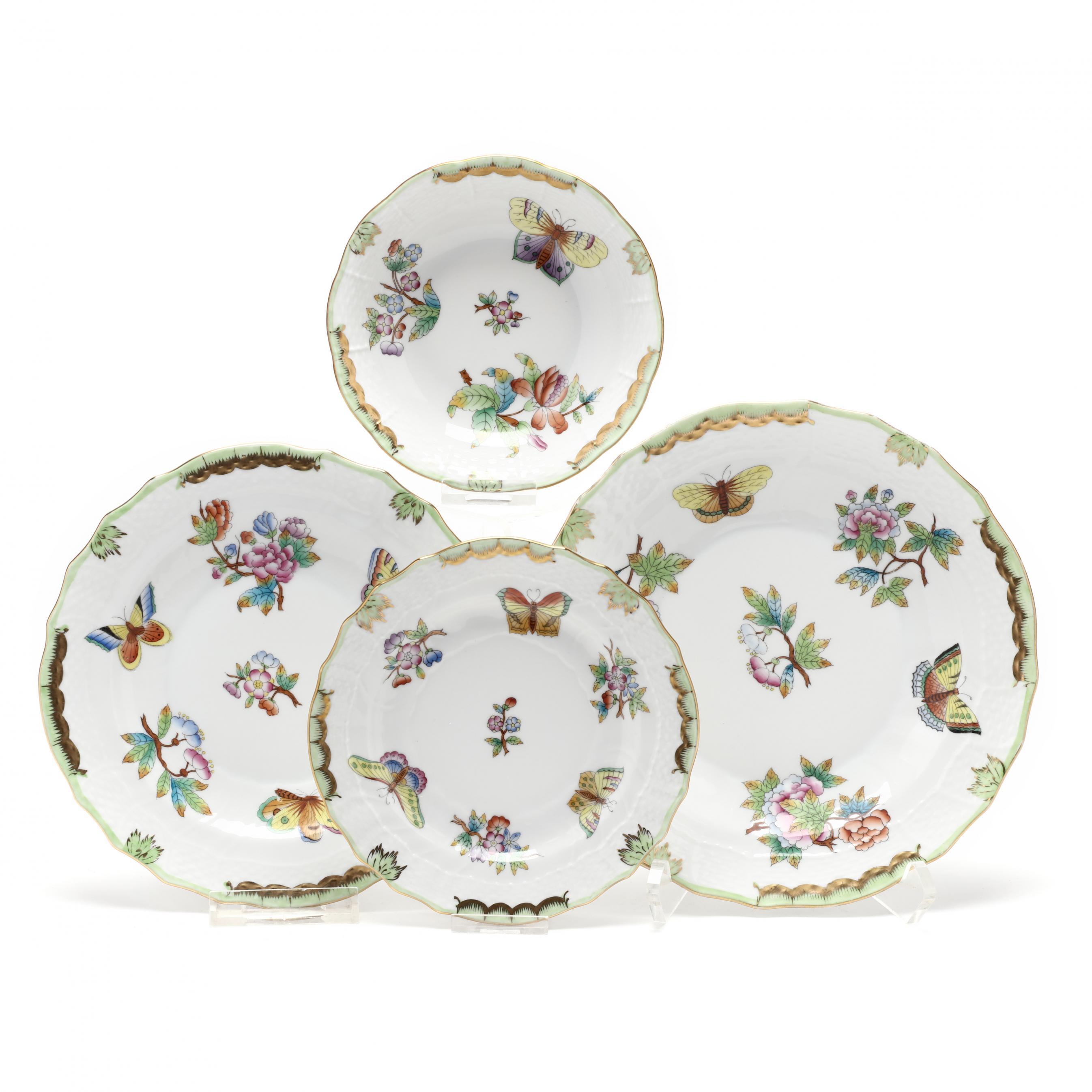 Herend Queen Victoria Porcelain Dinnerware
Victorian table etiquette was every bit as baroque as the rest of the rituals that governed Victorian life. For the royals and the upper classes, the rules of the table served to enforce the class hierarchies of the day not only directly (the Queen was served first, and everyone else's plates were cleared as soon as she was done eating) but also obliquely - a less than definitive knowledge of table etiquette was a telltale sign of one's humble origins.

It was during the Victorian era that place settings reached the nadir of their complexity. During Victoria's reign she phased out service à la française and ushered in service à la russe. In the former, individual plates were served one at a time. Everything was cleared off the table between courses, sometimes including even the tablecloth. All this clearing and resetting meant that only one course's worth of flatware and dishes would be set at a time.
In service à la russe however, platters of dishes were placed on a sideboard, and portions were served to each diner by servants. Hence the elaborate rows of forks and knives and spoons - each for their own course, from cold soup all the way through to cheese and fruit - extending from the edge of one's plate as far as the eye could see. In actuality, the norm settled on silverware for only about three or four courses to be preset, to keep from having to set each place so far apart that conversation between diners would be difficult. 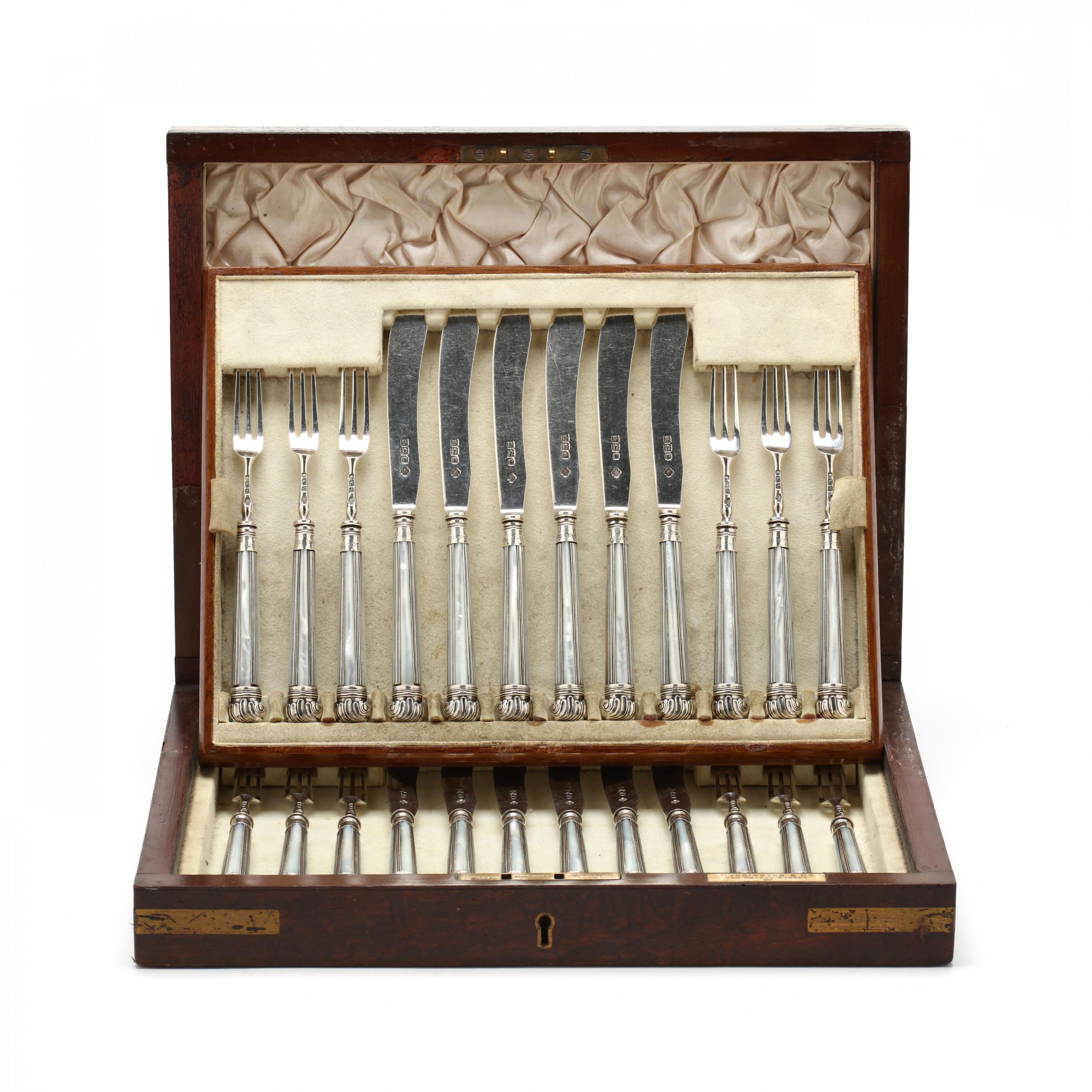 A Victorian Silver & Mother-of-Pearl Fruit Set, made by Carrington & Co, one of the silversmiths given a royal warrant by Queen Victoria. Sold $700. 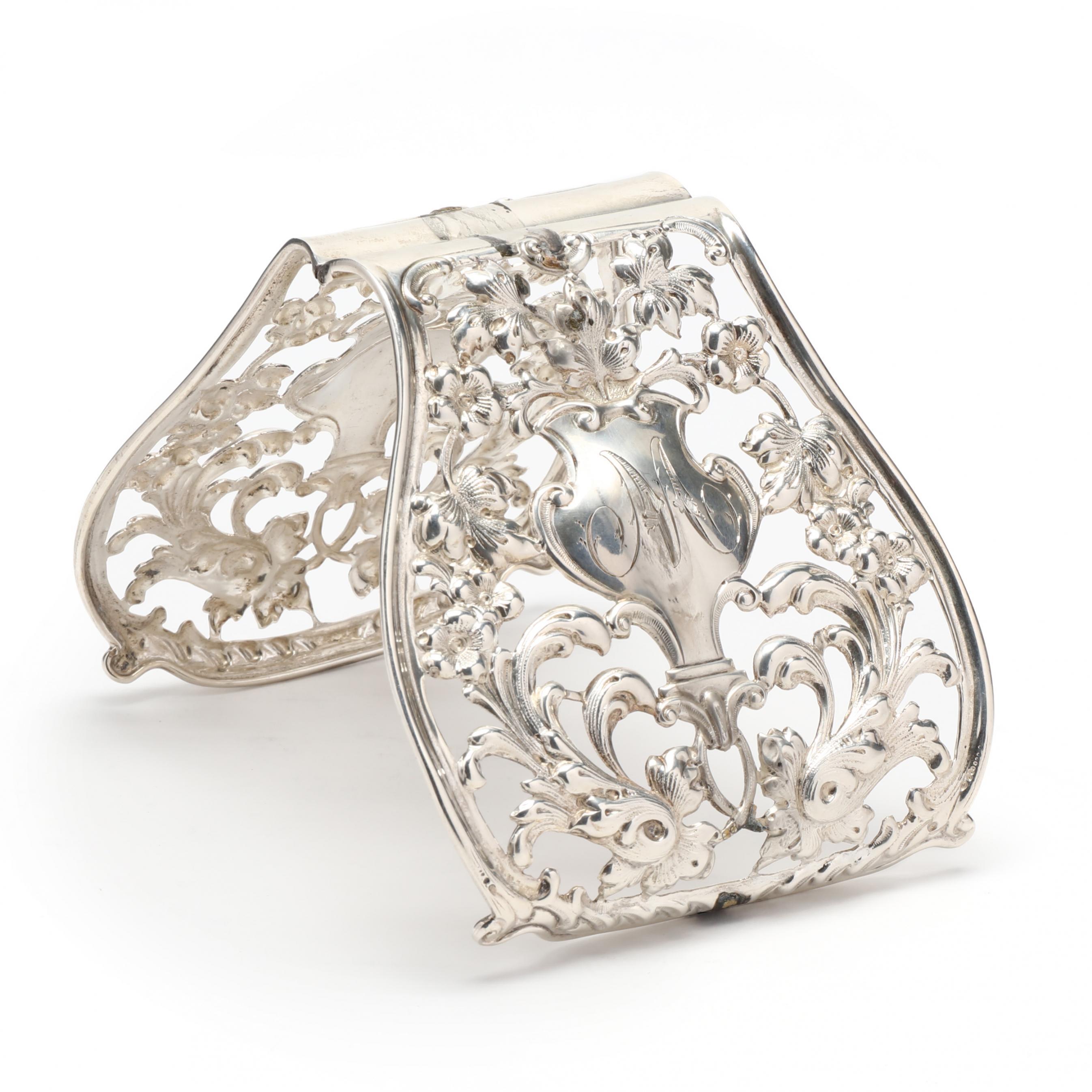 A sterling silver asparagus server, offered in the 2021 February Estate Jewelry, Silver, and Rare Coins Auction. Sold $310.
The Russian style of service also made necessary an elaborate array of serving utensils, also specialized to their task. Cucumber servers, asparagus tongs, cake breakers, cheese scoops, toast forks, ice cream slicers, grape shears: the efficiencies of the industrial revolution combined with the Victorian love of the arcane and complicated had a bewildering array of silver serving utensils rolling out of silversmiths and onto refined tables at a brisk clip.
Victoria's china pattern also found its way from her table to those who wanted to emulate her. Herend, the Hungarian porcelain maker, debuted their new Far Eastern pattern at the 1851 Great Exhibition in London, of which Queen Victoria was the patron. The queen spied the set, and liked it so much she purchased it, leading the company to change the pattern's name to Queen Victoria in perpetuity. It has been one of Herend's most popular patterns.

Given the number of people, places and things that still bear Victoria's name today, from train stations to mountains to museums, it's not surprising that she had a lasting influence on our place settings. We may not lay the table with four forks at a time anymore, but next time you say "you could cut that with a butter knife," remember the queen. It was she who encouraged silver makers to round the ends of table knives to discourage diners from using them to spear bites instead of their forks. Any number of forks.

Queen Victoria Herend in the April Estate Auction is below. 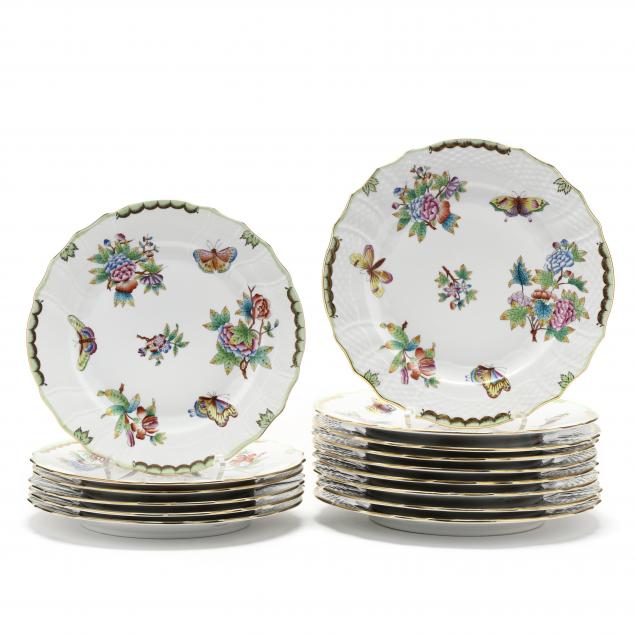 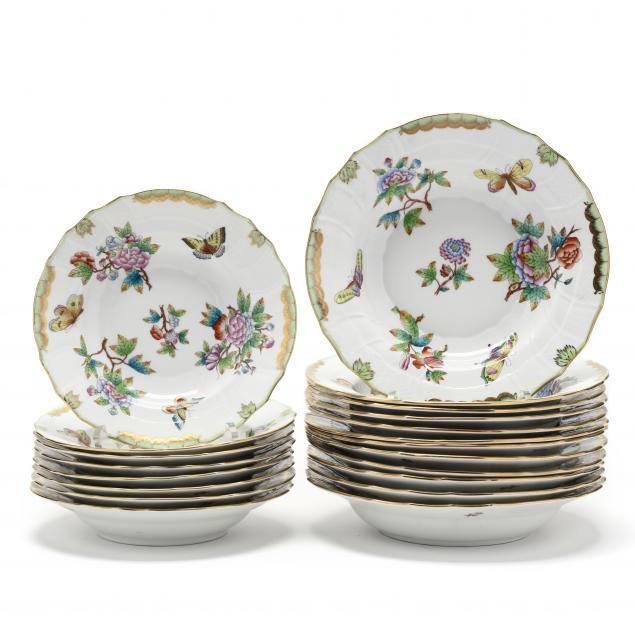 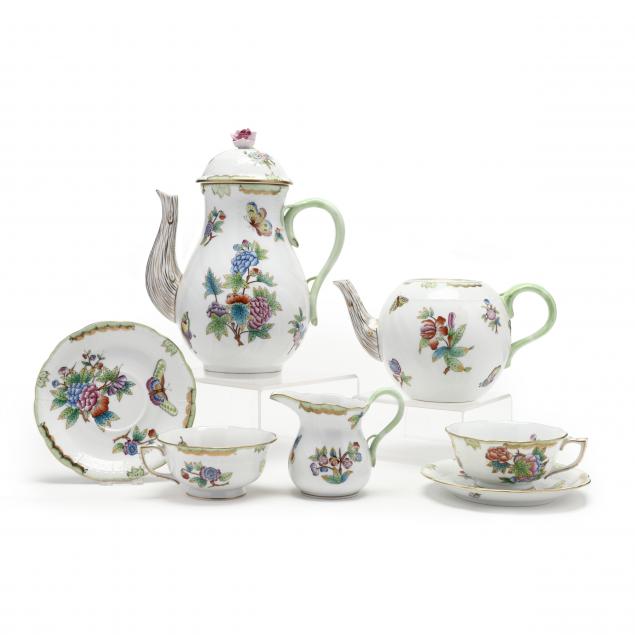 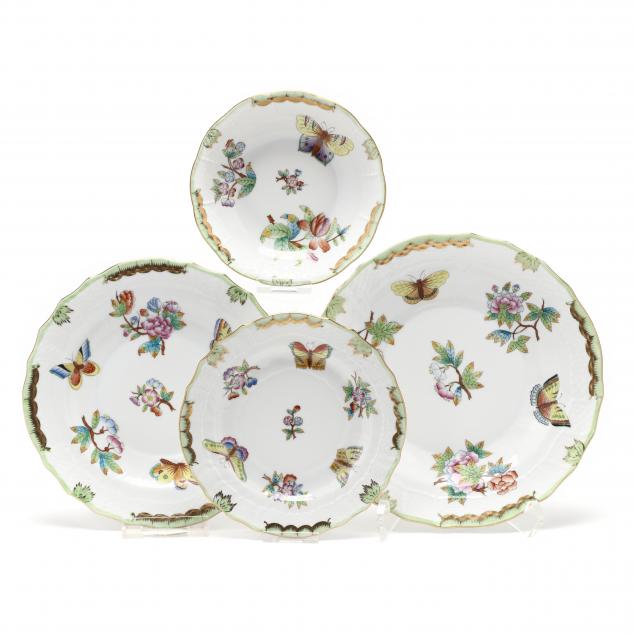 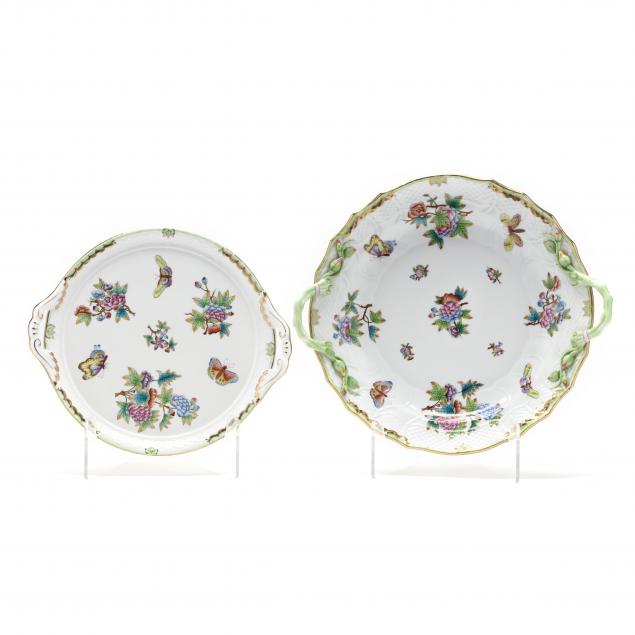 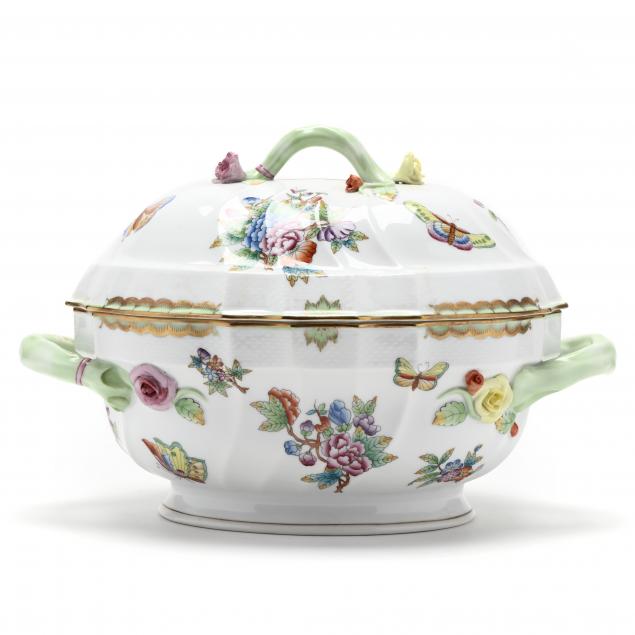 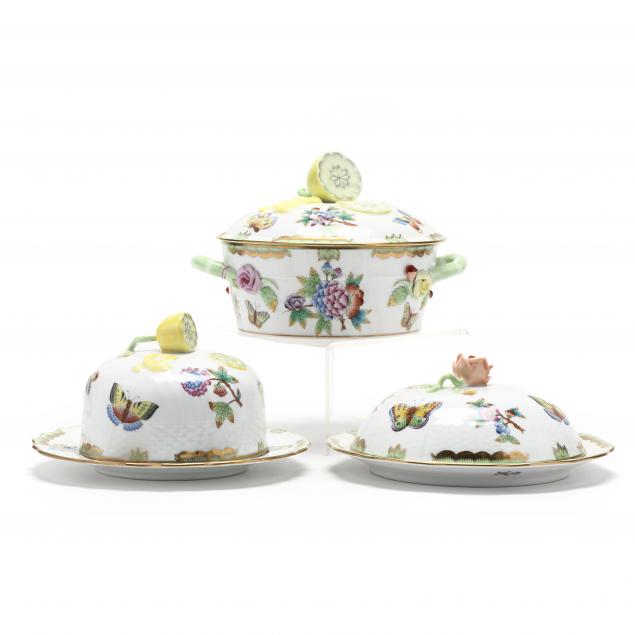 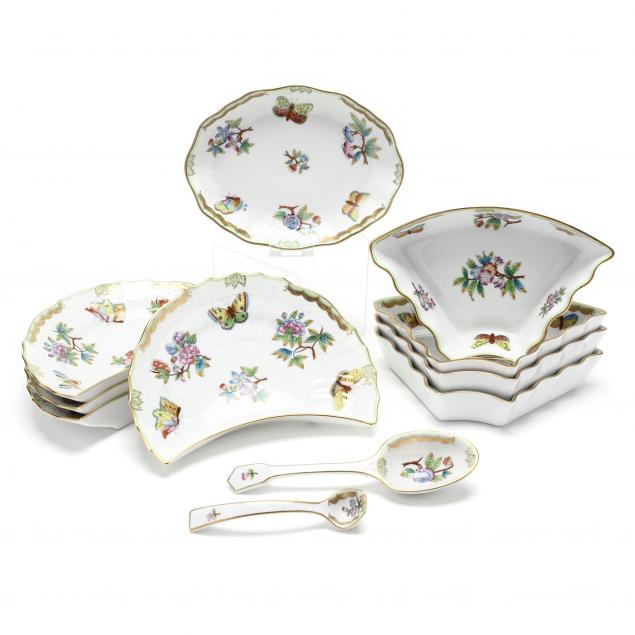 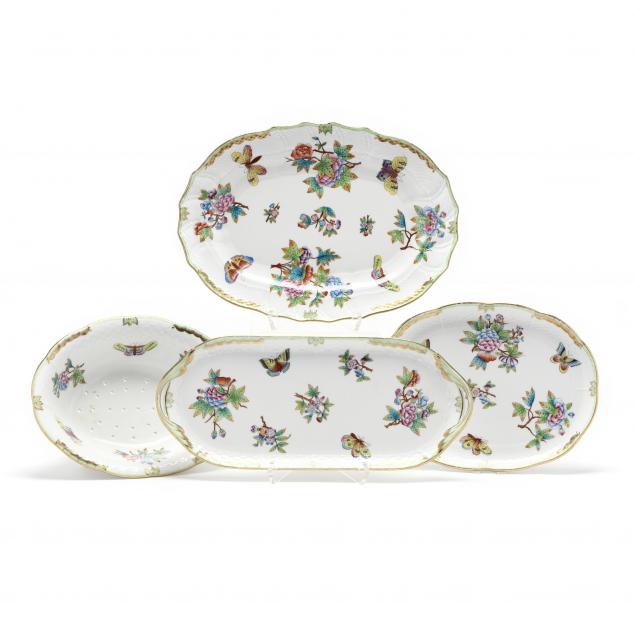