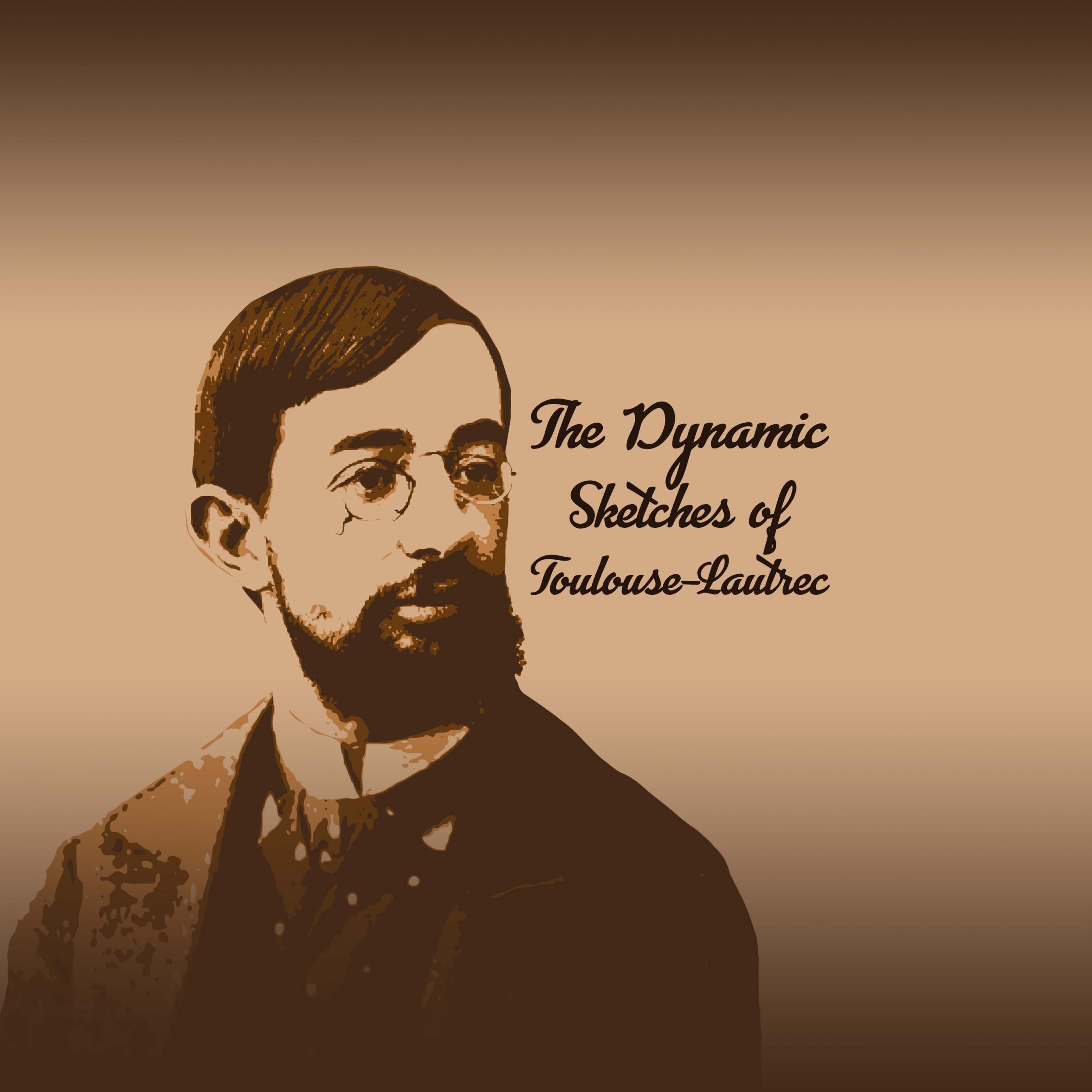 When contemplating art, the question that consistently tickles at the edge of our minds, no matter how disciplined we attempt to be, is always “what was the artist thinking?” And so part of the beauty of artists’ sketches is that they reveal to us a bit about what preoccupied their creator. In our Important Spring Auction, we are offering a set of sketches by Henri de Toulouse-Lautrec (1864-1901), whose darkly tragic life offers plenty of subject for speculation.

Toulouse-Lautrec was famously crippled at a young age by a congenital defect as the result of inbreeding - his parents were first cousins, and were not the only family members to marry. Toulouse-Lautrec was a sickly child, with weak bones. His family were aristocratic equestrians, and Toulouse-Lautrec broke both legs in separate riding accidents, after which his legs stopped growing. Toulouse-Lautrec’s torso developed normally, but he never grew taller than four foot eleven, and walked with a cane for the rest of his life. 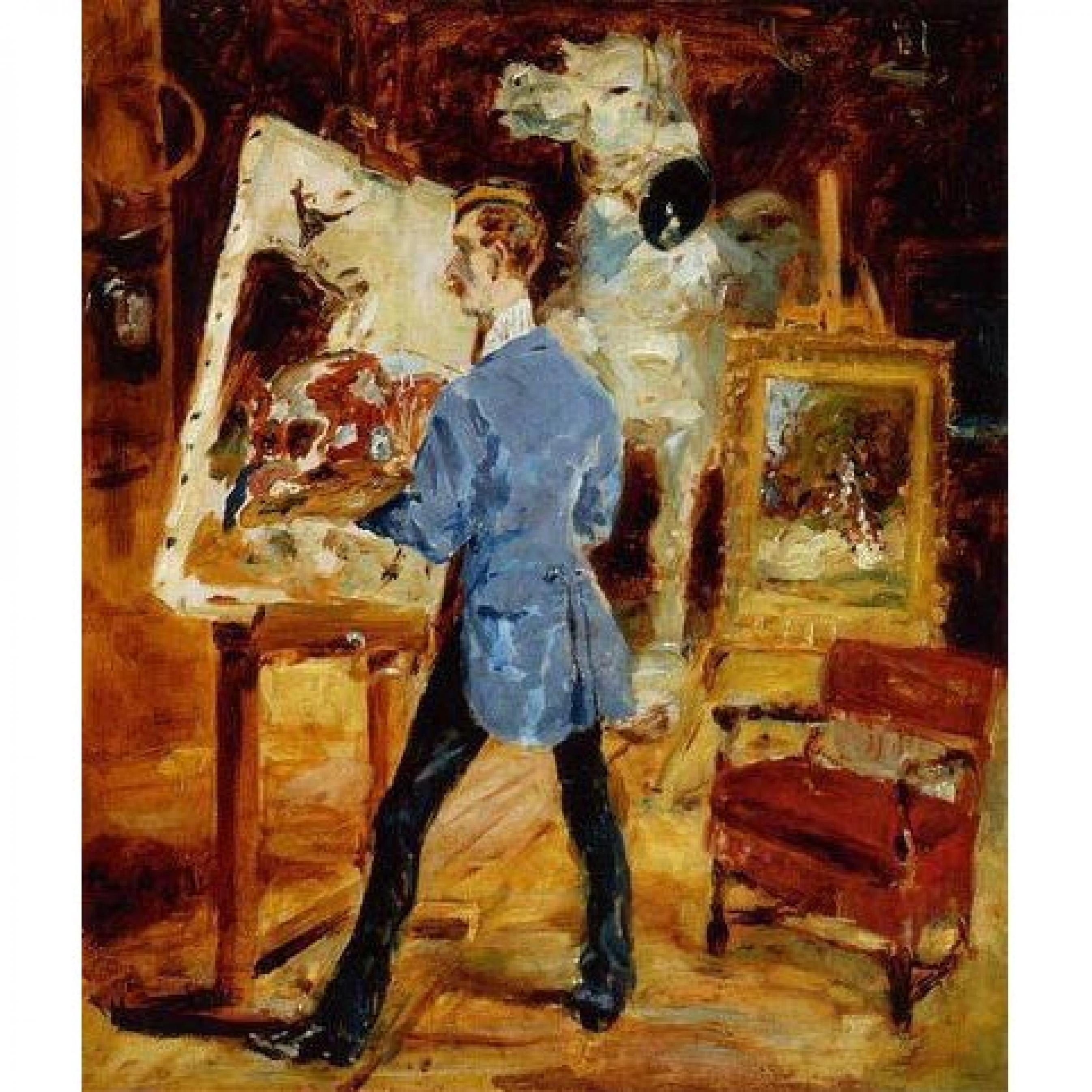 Portrait of René Princeteau by Toulouse-Lautrec, 1881
Because of his limited mobility and general ill health, Toulouse-Lautrec channeled his energy into art from an early age. He sketched prodigiously, filling notebooks that have been the subject of their own exhibitions. His first art tutor was his father’s friend René Princeteau, a deaf-mute painter in whom Toulouse-Lautrec found a kindred spirit. Princeteau mostly painted sporting pictures and animals, and while Toulouse-Lautrec would become famous later on for his depictions of Parisian nightlife and its colorful characters, one of his earliest subjects were the horses and other animals that populated his childhood and Princeteau’s paintings.

The sketches in our Important Spring auction capture Toulouse-Lautrec’s early passion for animals. From the estate of the late Mary Hill of Chapel Hill, they were purchased by Hill’s mother-in-law, Anne McCulloch Hill, who founded the prestigious private school Durham Academy. Hill purchased the sketches from a gallery in New York in 1936. One of the works is double-sided, with a sketch of a bull fight on one side and a fascinating group of almost doodle-like figures - fierce faces, a turtle, a lion, jaunty heads in top hats, remarkably detailed horses and riders - on the other. The second work is two separate sketches, one of a man and a dog and the other of a horse in repose. 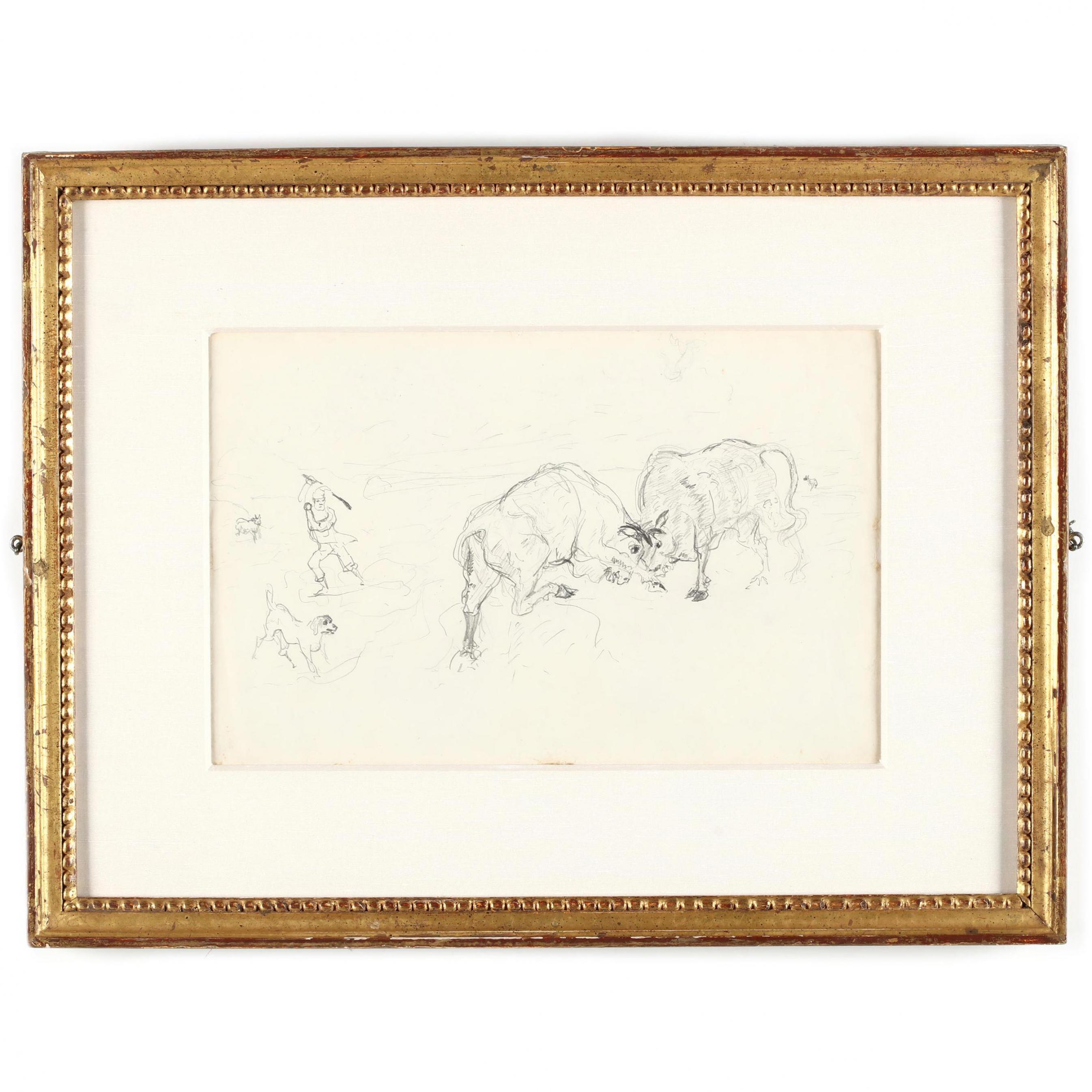 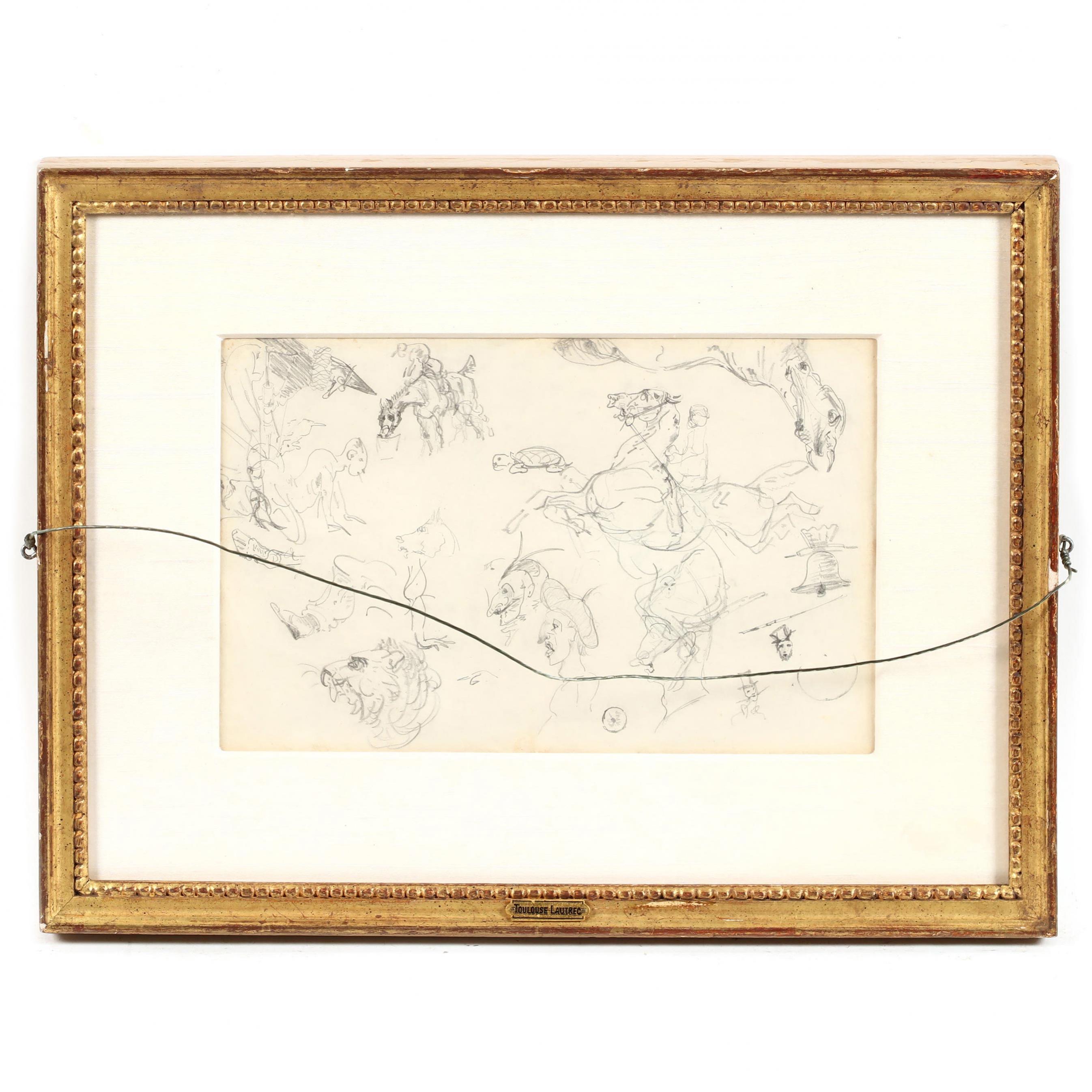 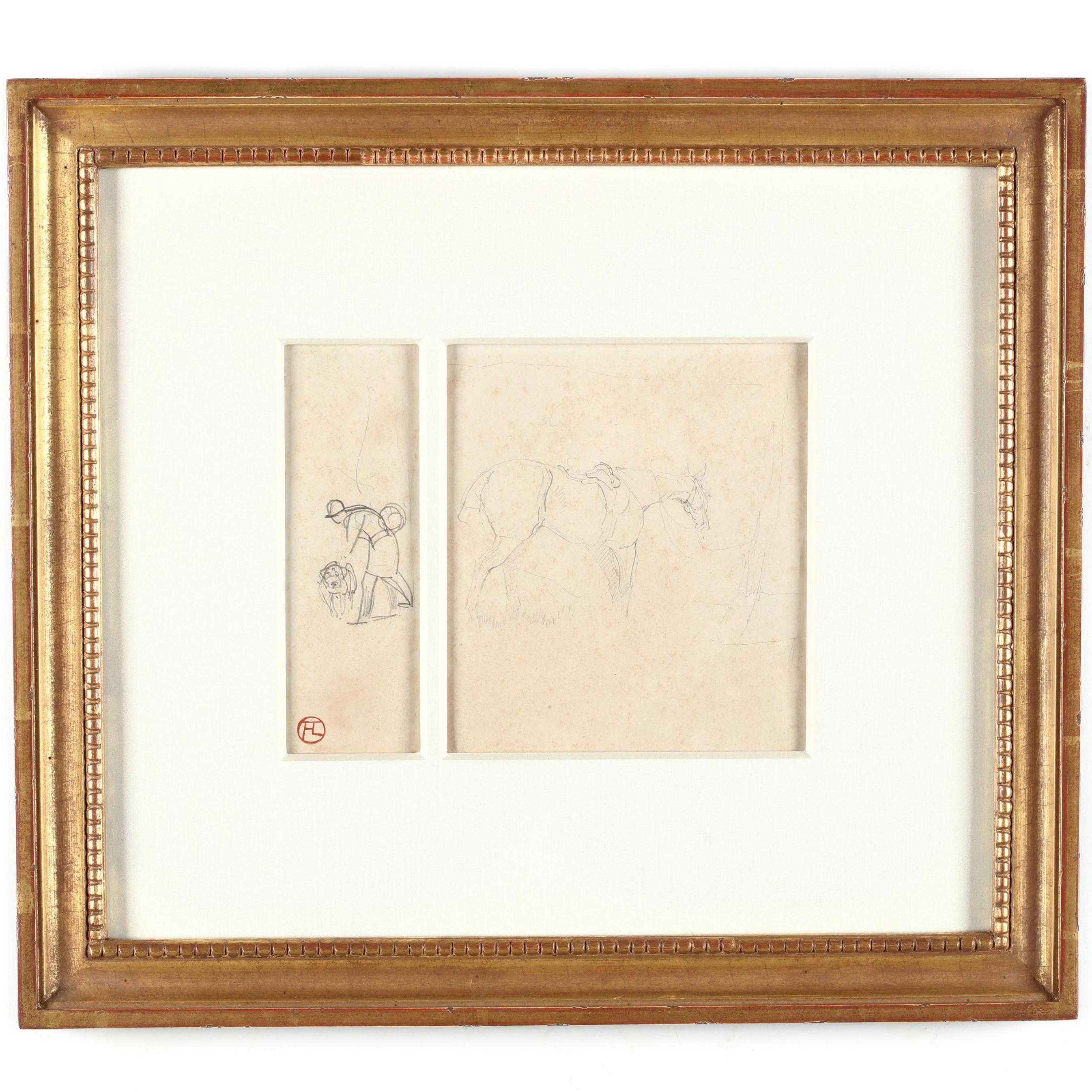 Henri de Toulouse Lautrec, A Woman and a Man on Horseback (1879-1881)
The latter work is reminiscent of one of Toulouse-Lautrec’s earliest dated sketches, A Woman and a Man on Horseback (1879), which is in the permanent collection of the Metropolitan Museum of Art in New York. The former, the double-sided work, feels almost stream-of-consciousness, as if we caught Toulouse-Lautrec daydreaming during a boring lesson or a too-long meeting. The kinetic dexterity of both of these works reveals Toulouse-Lautrec’s talent for capturing potential energy on paper - one can feel the power in the bulls’ haunches, the force of their locked horns, the danger of the bucking horse and the lion’s gaping jaw. The turtle...well, the turtle is perhaps less dynamic, but then, turtles are.

As Toulouse-Lautrec turned his attention to dance hall stars and prostitutes, his ability to illustrate movement came through in swirling can can skirts and over-the-head kicks. But his love of animals endured, and he found a grittier, urban iteration of the subject in circus horse acts. He painted one of these circus horse paintings, the sparely haunting At the Circus: The Spanish Walk (1899) expressly to prove his sanity to the doctors at a Paris sanatorium towards the end of his life. It must have seemed a mark of stability in comparison to his tubercular dancers - he was released. 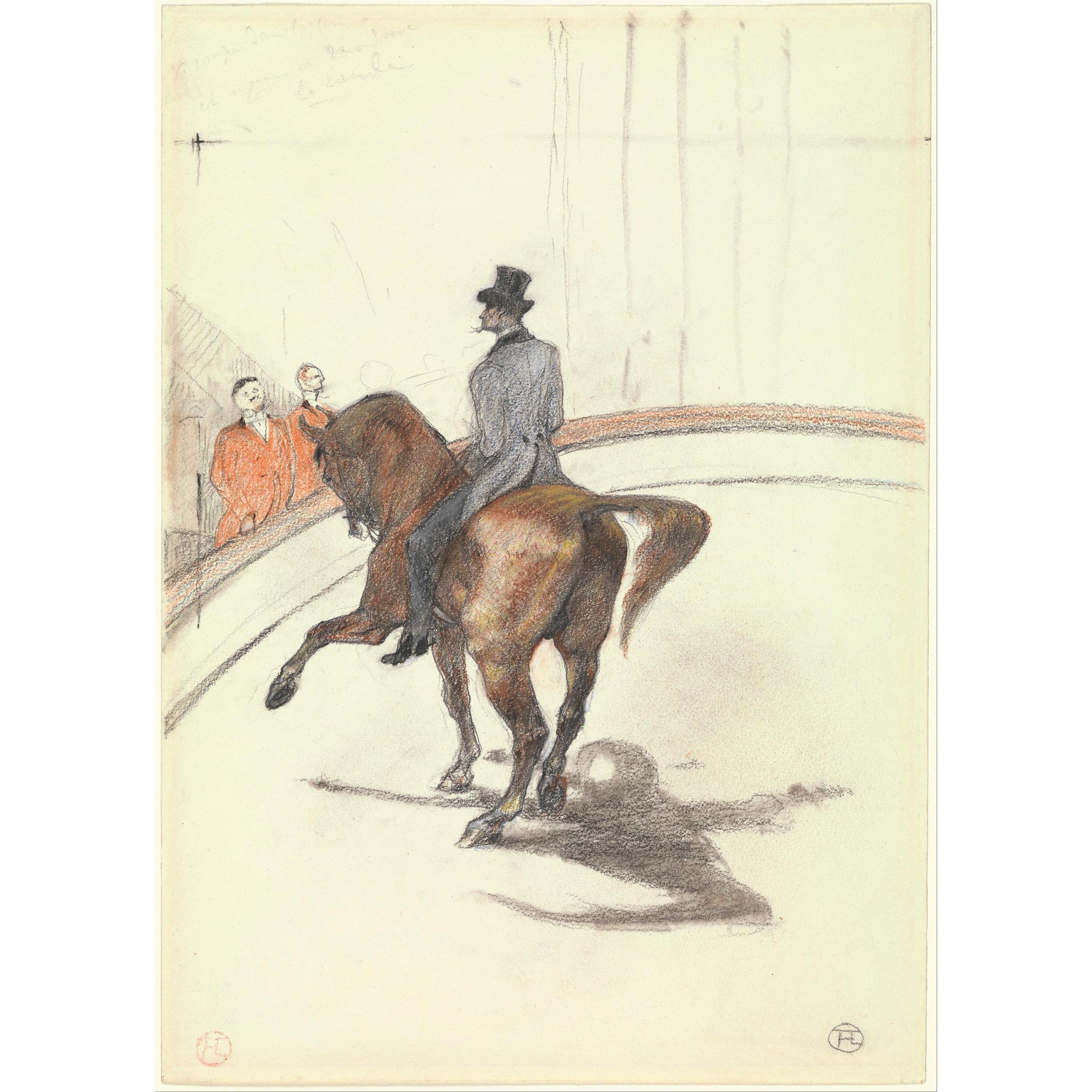 Henri de Toulouse-Lautrec, At The Circus: The Spanish Walk
Through all of these works we get a window onto Toulouse-Lautrec’s soul, his thwarted heart and his displaced energy. Thanks to his handicap, Toulouse-Lautrec was never able to function fully in the world, and so his passions played out on paper. 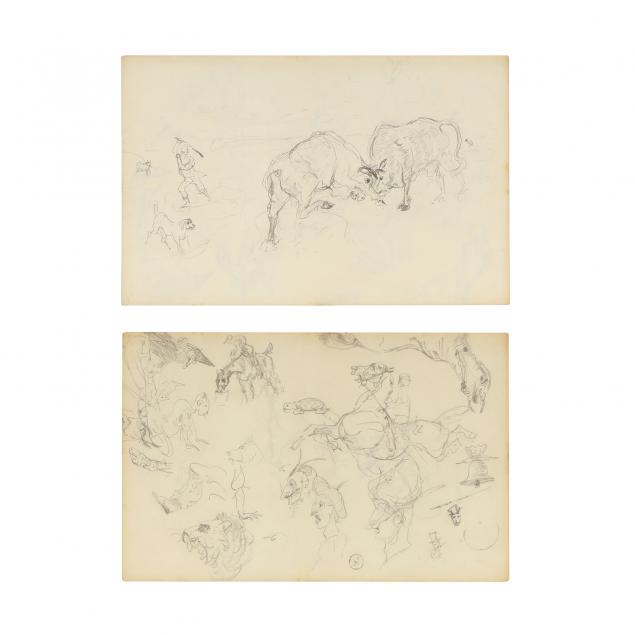 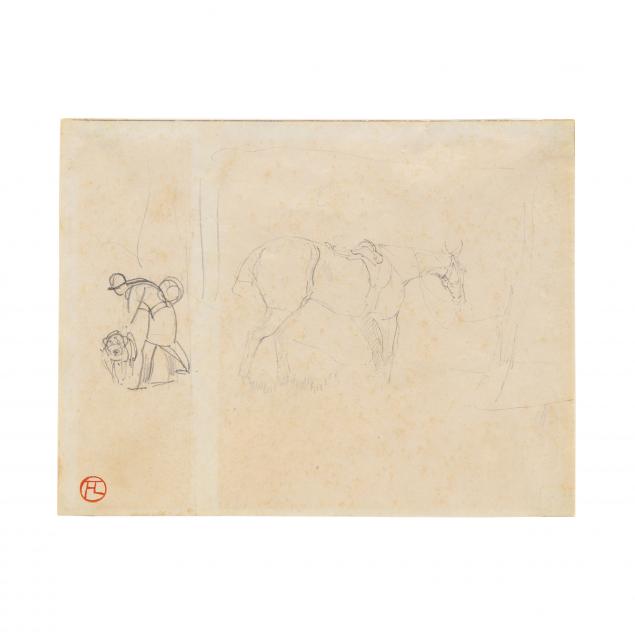