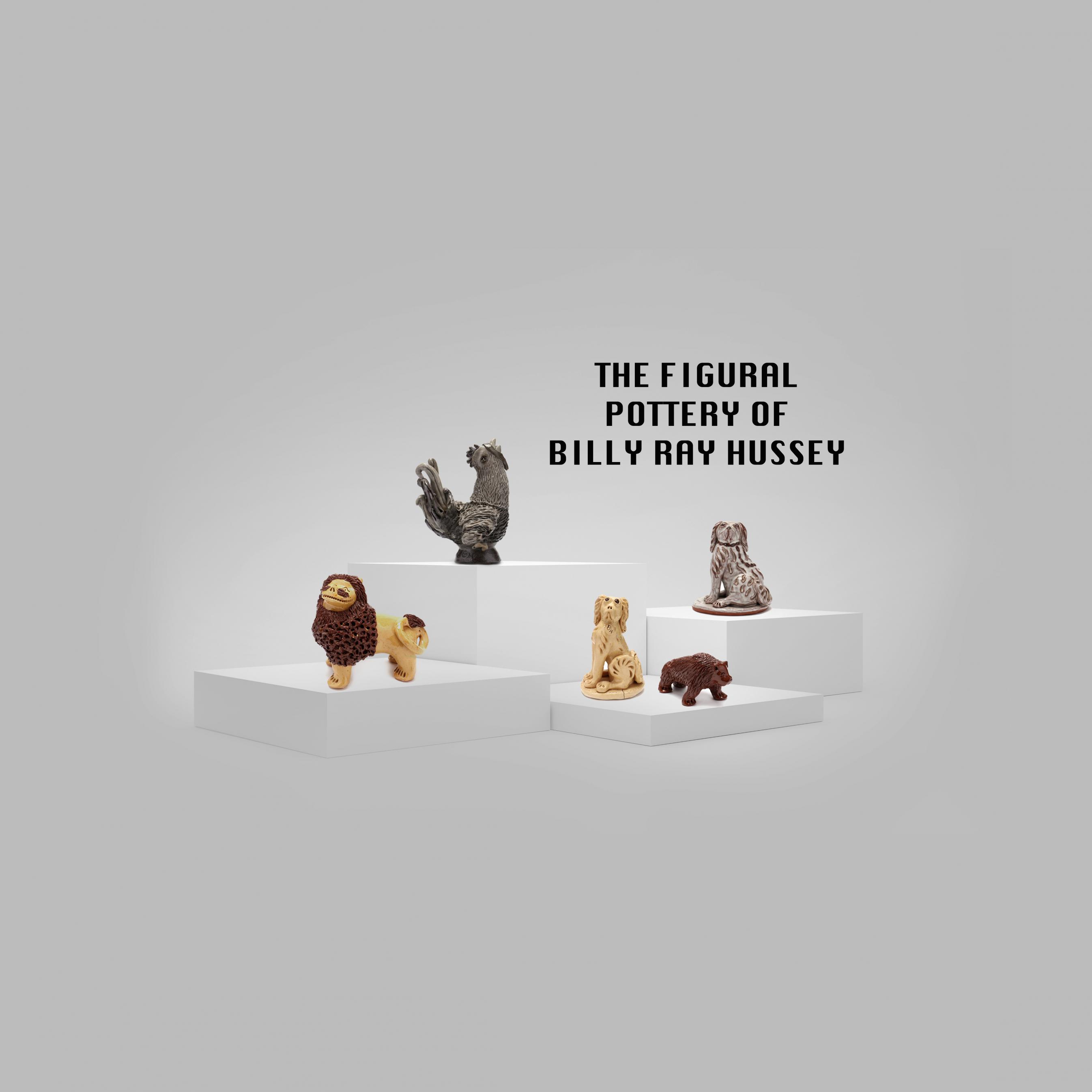 Billy Ray Hussey's animal figurines, with their wide grins and chunky bodies, are among the most recognizable and collectible pieces of contemporary Southern pottery. Their cartoonish aspect expresses lighthearted joy, but they hold generations of ceramic artistry in their earthenware forms. The extensive array of Hussey's figural pieces in our recent Arts of the South session help to illustrate the origins of the Southern pottery lion and other animal figures.

Hussey himself is the product of an immersive education in North Carolina pottery-making, both by birth and by environment. Hussey was raised in Seagrove, North Carolina, across the street from Owens Pottery, where his great uncle M.L. Owens tutored Hussey on making his own pottery from a young age. Over the years, Hussey began to sell pieces under the Owens Pottery name, and finally in 1988 opened his own shop, firing his ceramics in a kiln he built himself.

Hussey's very first pieces were face jugs, but by the early 1990s he had begun to focus more on his figural pieces. His lions, dogs, and bears have their own pedigreed lineage that goes all the way back to Staffordshire, England. Figural animal ceramics became increasingly popular in England throughout the 19th century, as the predilections of the animal-loving Queen Victoria trickled down to her loyal subjects. Not to be outdone, American craftsmen made their own versions. Ceramic lions made by the Bell brothers, Solomon and John, in the mid-19th century Shenandoah Valley, are in the collections of major museums such as the Metropolitan Museum of Art. It is after these lions and other animals that Hussey modeled his 20th century versions. He soon branched out from lions and dogs to bears and horses and people. One of his figural pieces is in the Smithsonian American Art Museum, and his work can also be found at The Mint Museum in Charlotte, North Carolina, and the North Carolina Museum of History in Raleigh, North Carolina.

Below is a featured selection of the many pieces by Billy Ray Hussey being offered in our recent Arts of the South Session in the Winter Estate Auction. 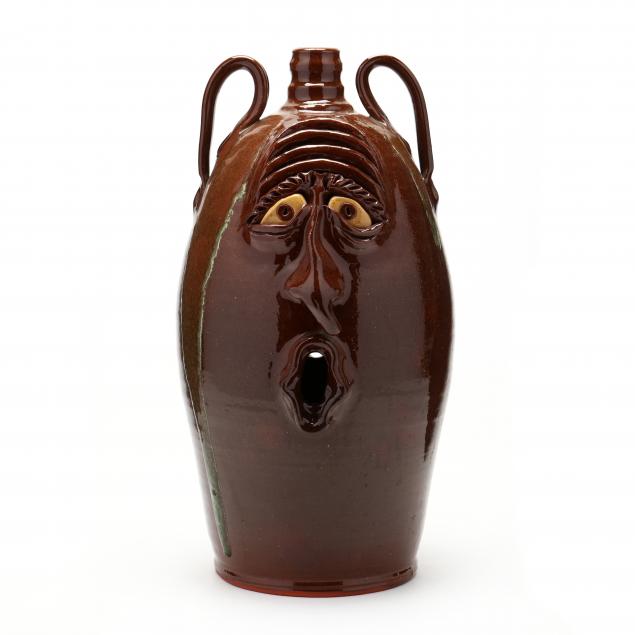 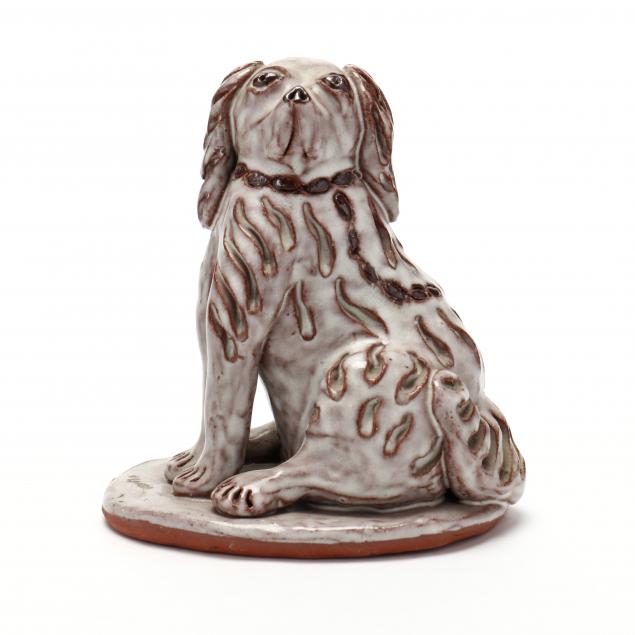 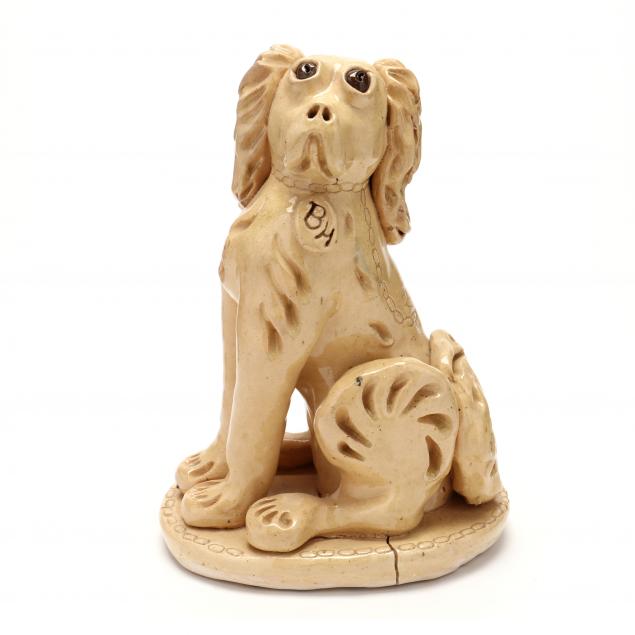 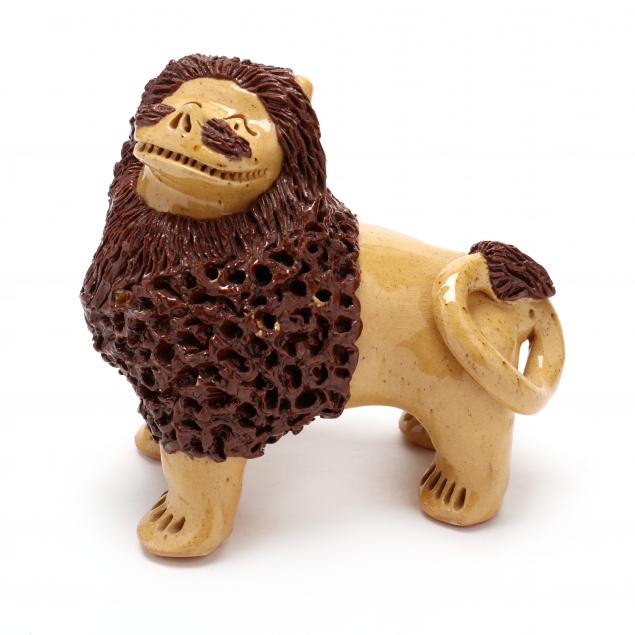 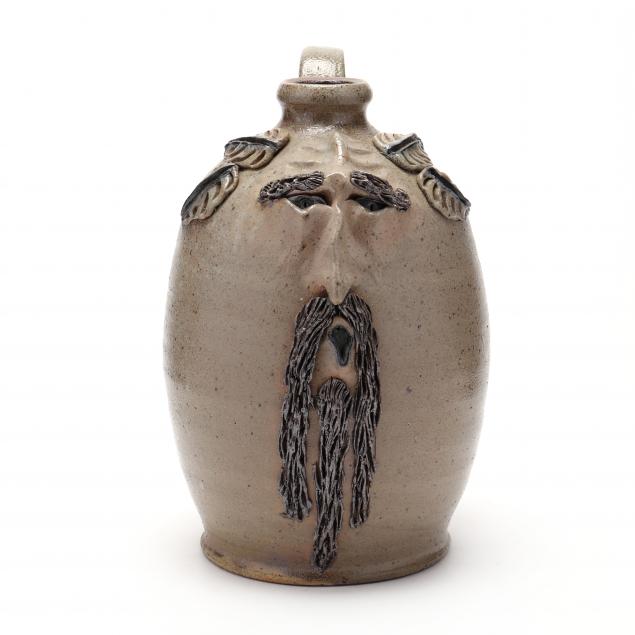 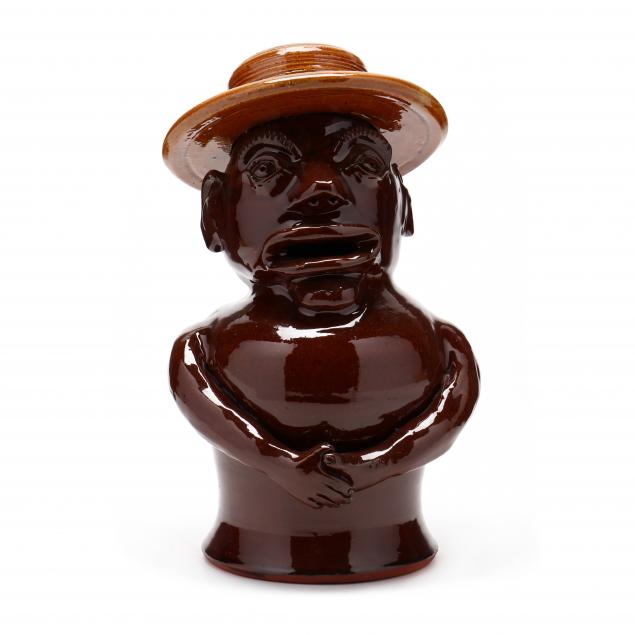 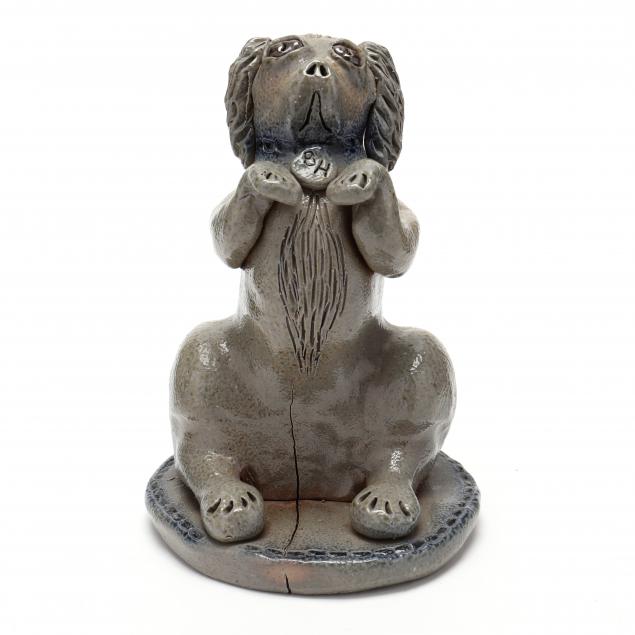 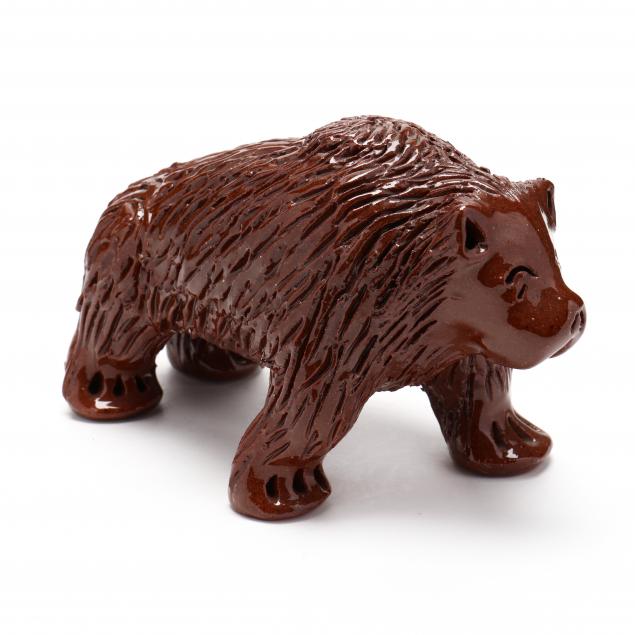 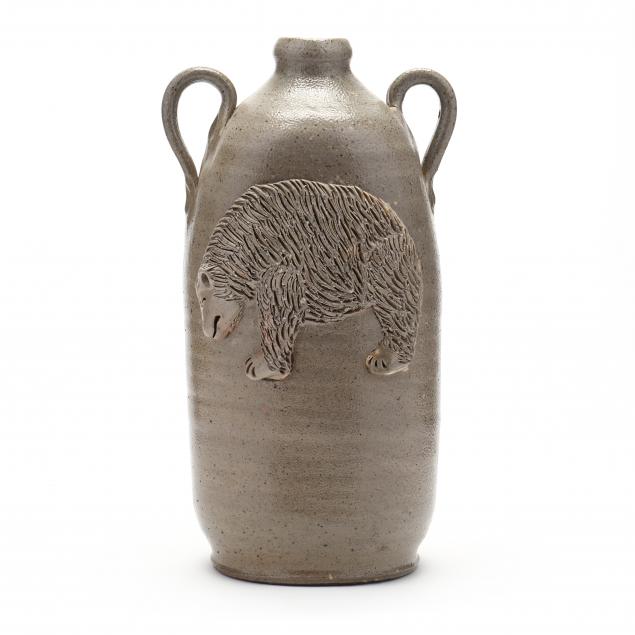 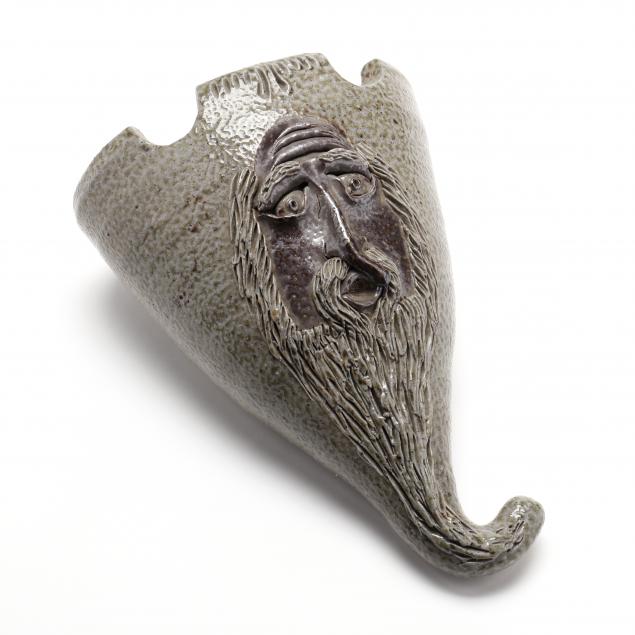 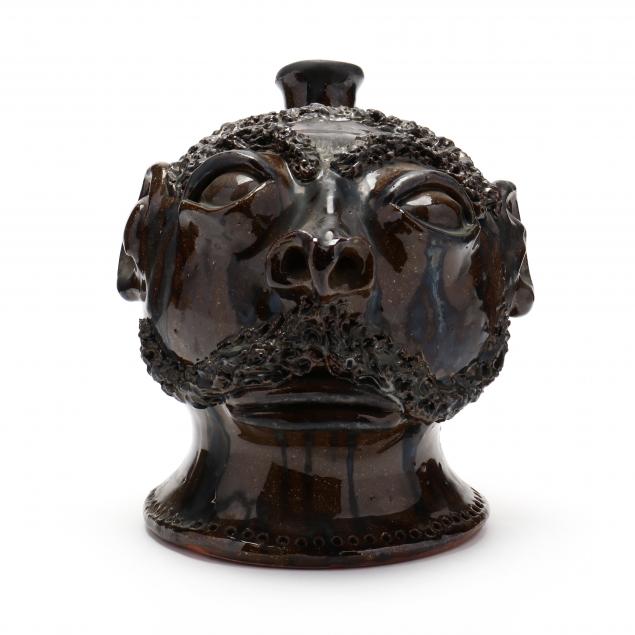 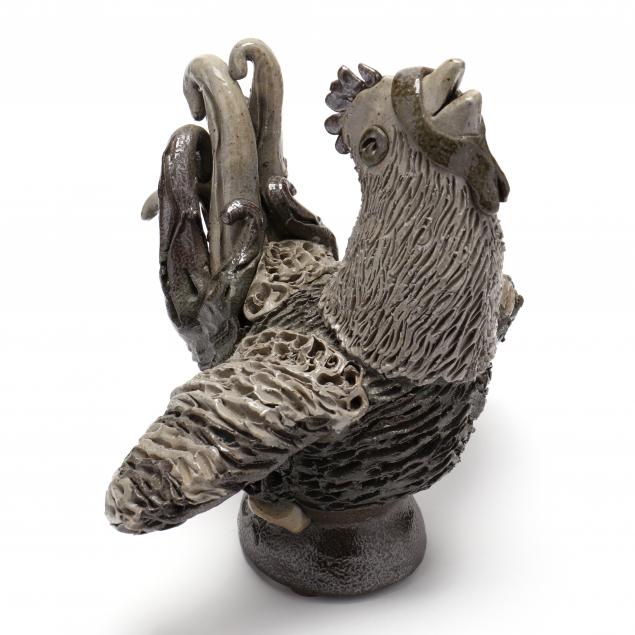