Lot 768
Ancient Egyptian Old Kingdom Limestone Relief
Lot Details & Additional Photographs
Fragmentary, circa 3000 B.C., depicts an attendant leading an offering procession (as is evidenced by the partial figure behind him), flesh tones are tinted red, a large hieroglyph is on either side of the subject. Mounted with brass brackets for hanging.

Purchased in 1965 from prominent New York City dealer and scholar Michel E. Abemayor, who died in 1975. Copies of the original invoice and a cover letter are available.

Objects originating with Abemayor may be found in the British Museum, the Met, The Royal Ontario Museum and the Virginia Museum of Fine Arts. The American Institute of Archaeology still presents an annual Michel and Nelly Abemayor Lecture.
The Collection of Dr. Malcolm Hardy, Chapel Hill, NC

Overall wear; fading to the paint. 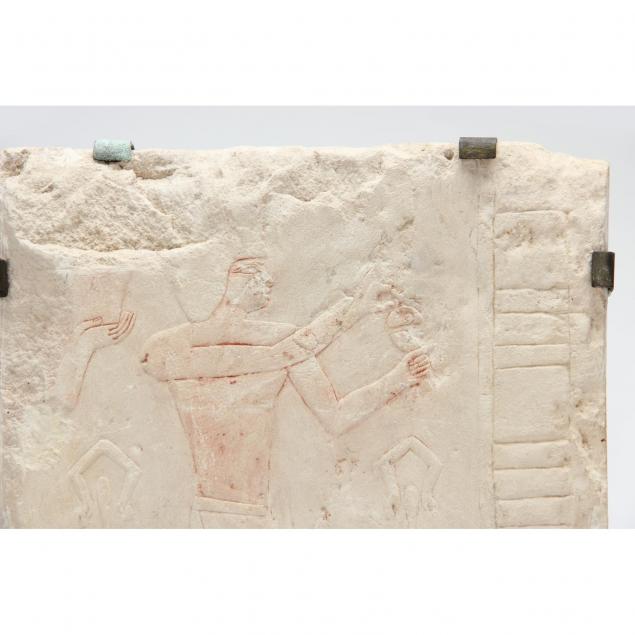 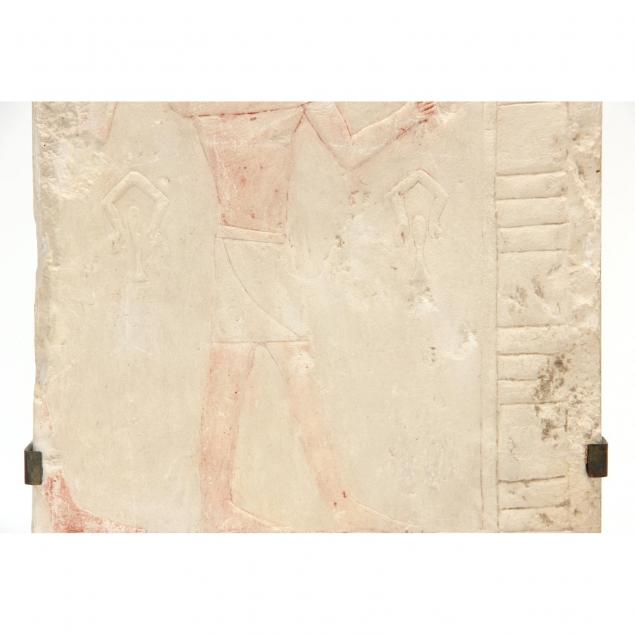 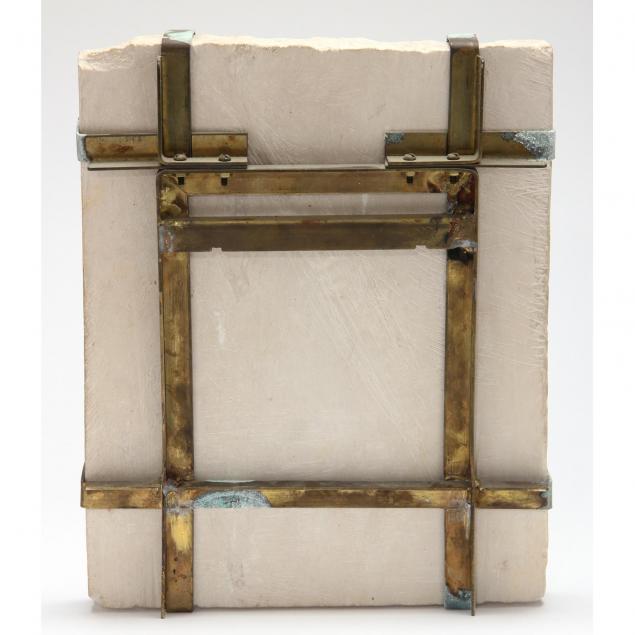