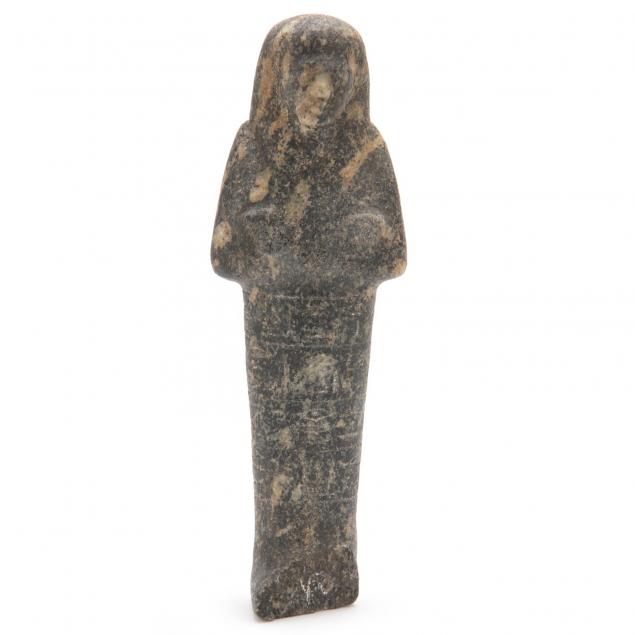 Purchased in 1977 from dealer Lucien Viola, New York City. Copies of Viola's cover letter, bill of sale, descriptive listing and an account statement naming this item are available. This item was formerly in the collection of early 20th century Cairo dealer Maurice Nahman, a friend of Howard Carter's!

Lucien Viola currently resides in Morocco where he continues to run "Galerie L'Ibis." He has donated Egyptian antiquities to such esteemed institutions as the Louvre and Boston's Museum of Fine Arts. Mr. Viola is proud to count John Lennon and Yoko Ono among his former clients.
The Collection of Dr. Malcolm Hardy, Chapel Hill, NC

A rare and special medium for ushabtis, which were more commonly made of faience, wood or terracotta.

Large chip on the feet, else expected wear; glue residue on underside from mounting. 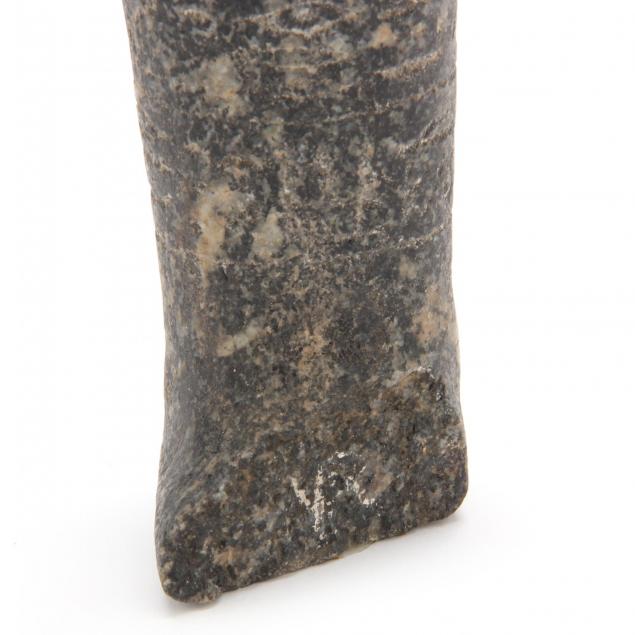 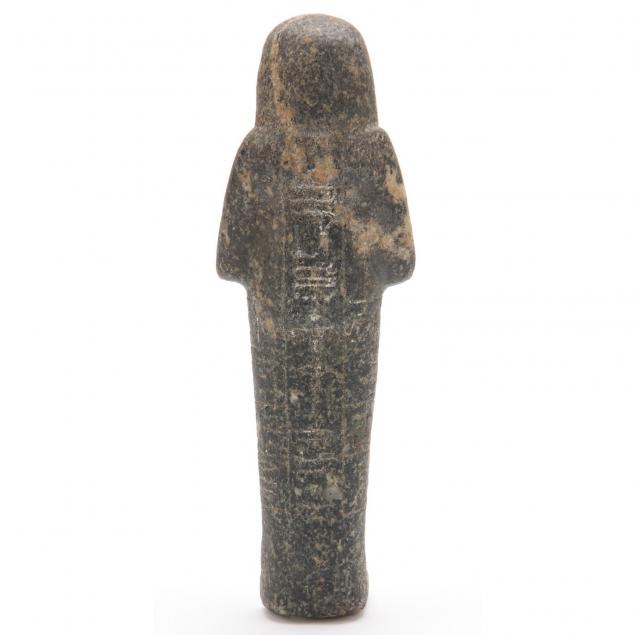 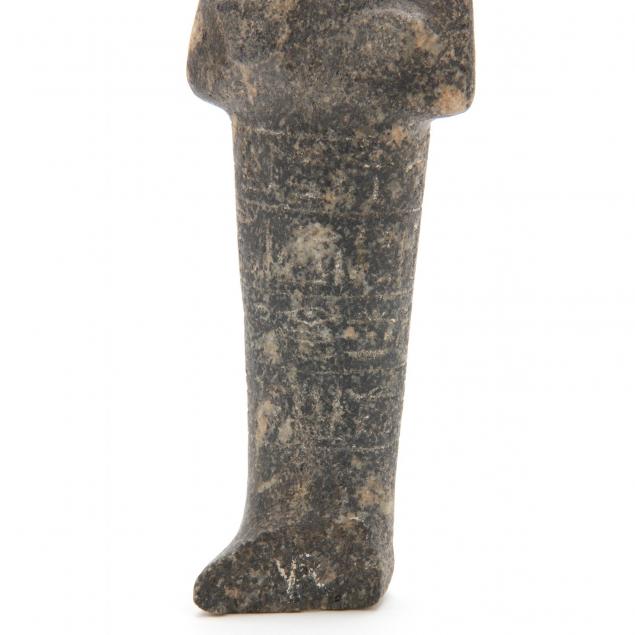