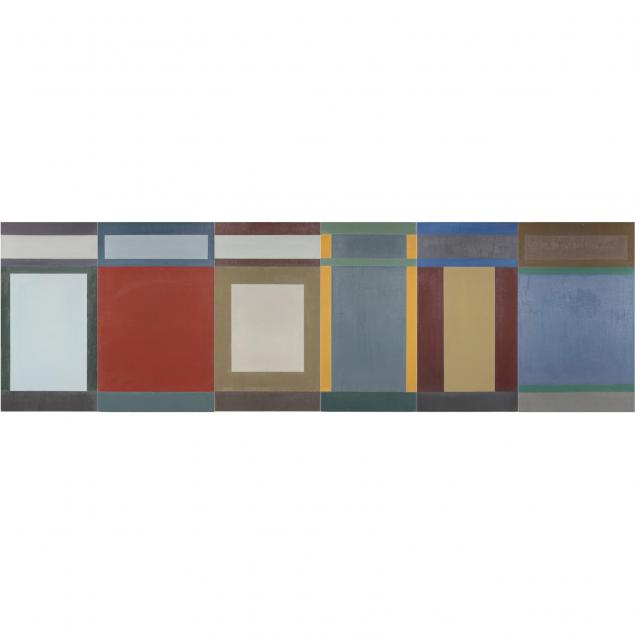 David Novros began painting on walls as a child, encouraged by his father to create a new mural every year on the family's garage. This fascination with large scale paintings, incorporating the place, continued throughout his career. After graduating from USC and traveling through Europe, he found his home in New York City. There he showed at Park Place and Bykert Gallery. He received commissions from luminaries of the art world, including Donald Judd, and was included in exhibitions held at the Guggenheim and elsewhere. Novros maintains a studio in NYC.

Several panels with areas of craquelure associated with blunt impact; one panel with small "dimple" along top edge; several minor abrasions; wires are a later addition not sanctioned by the artist. 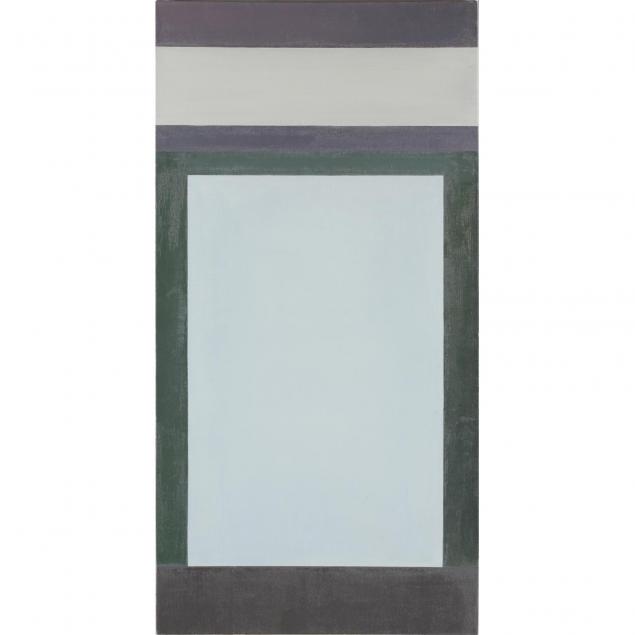 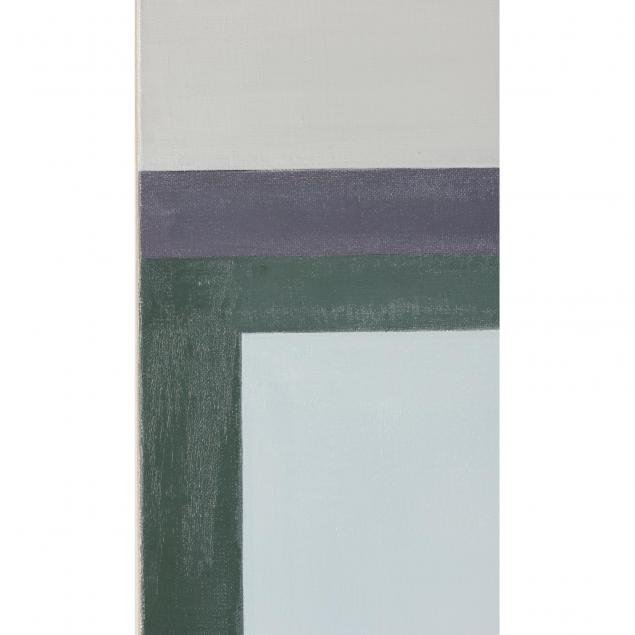 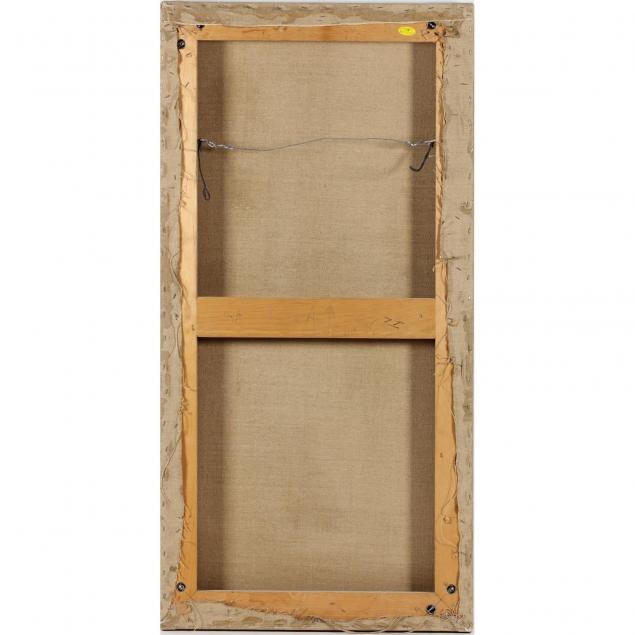 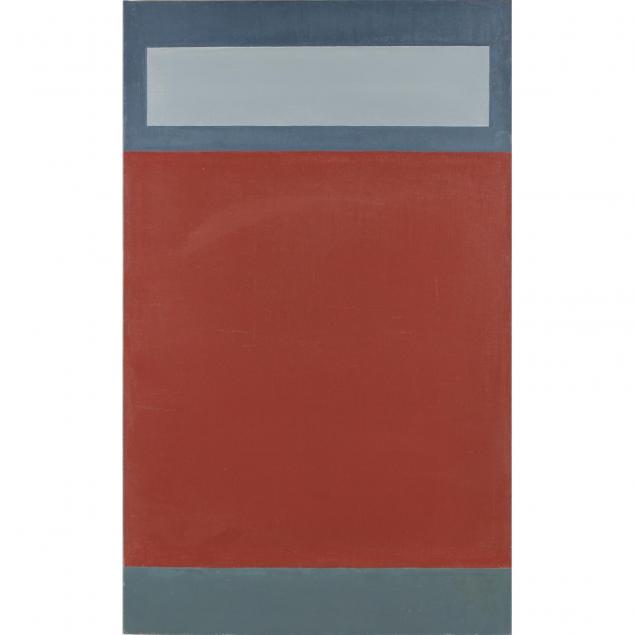 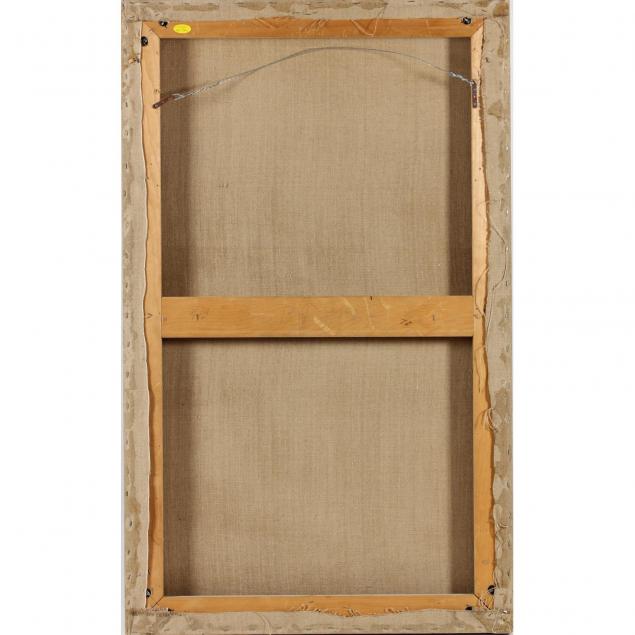 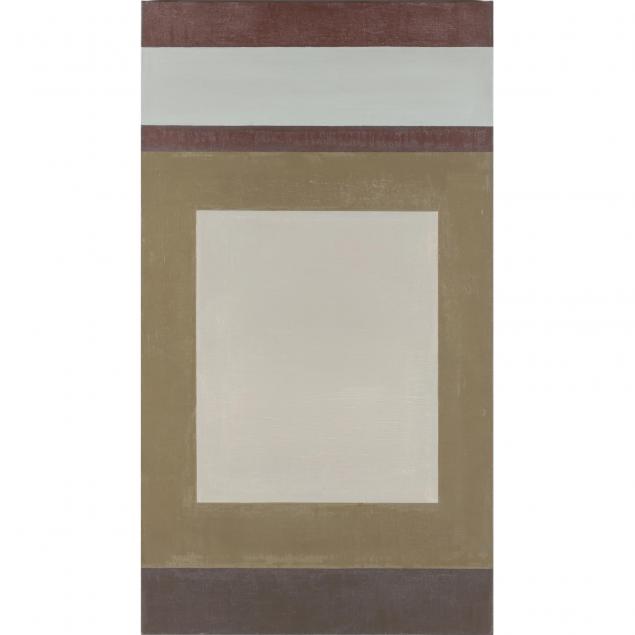 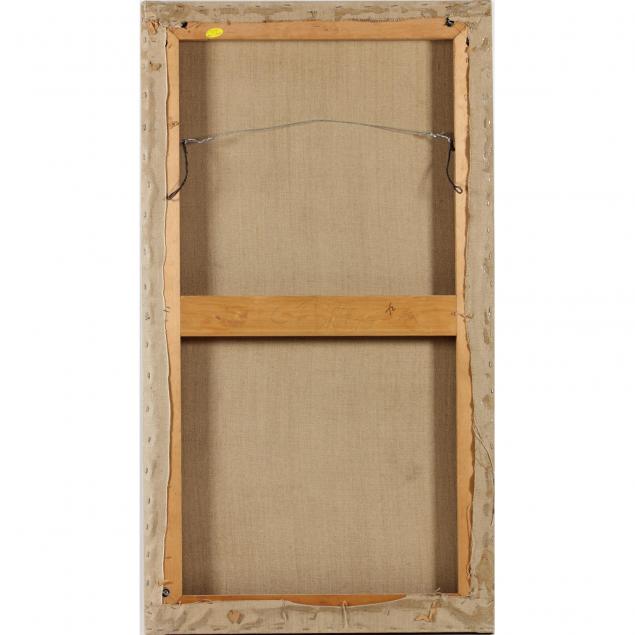 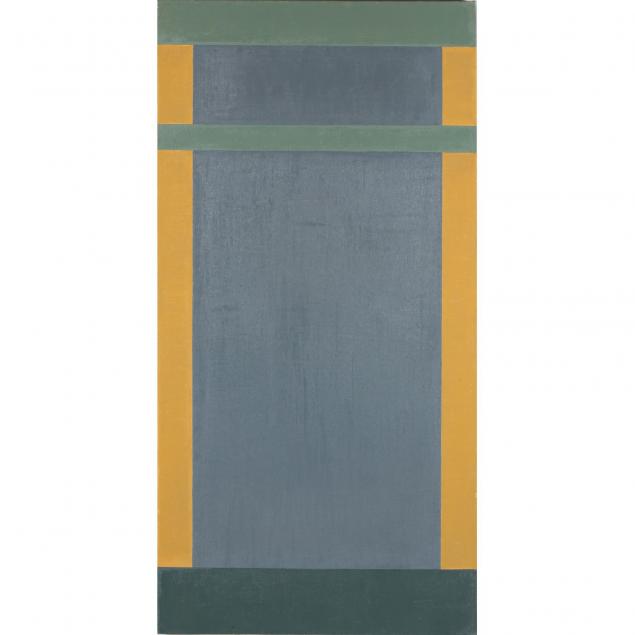 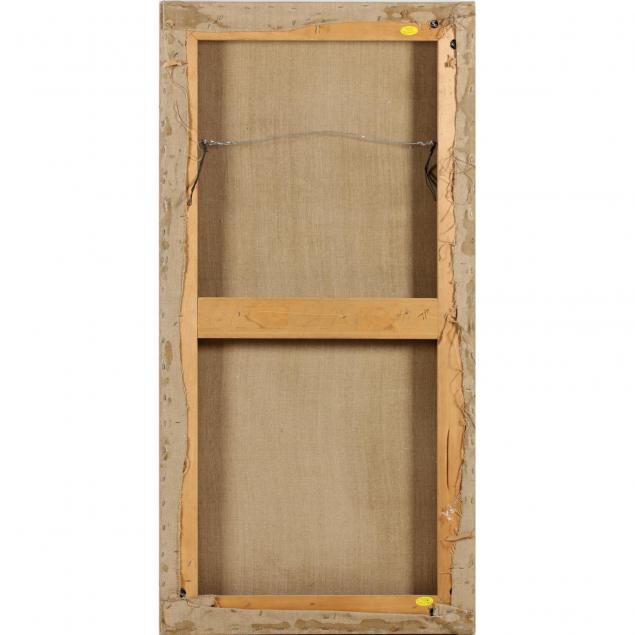 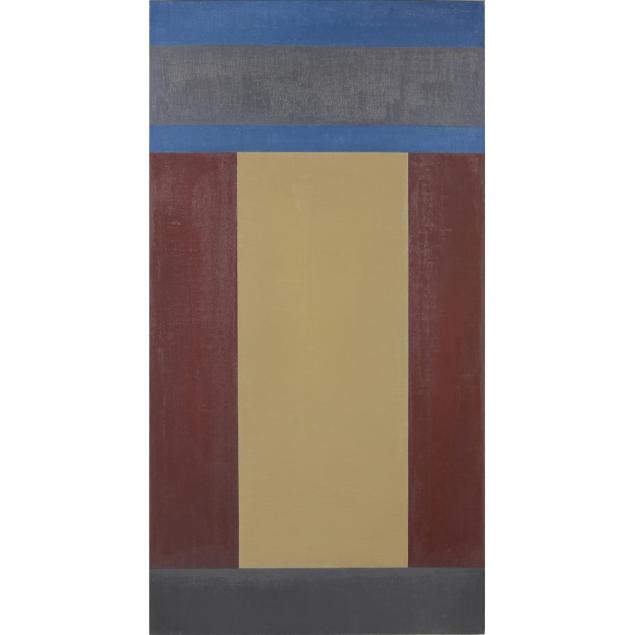 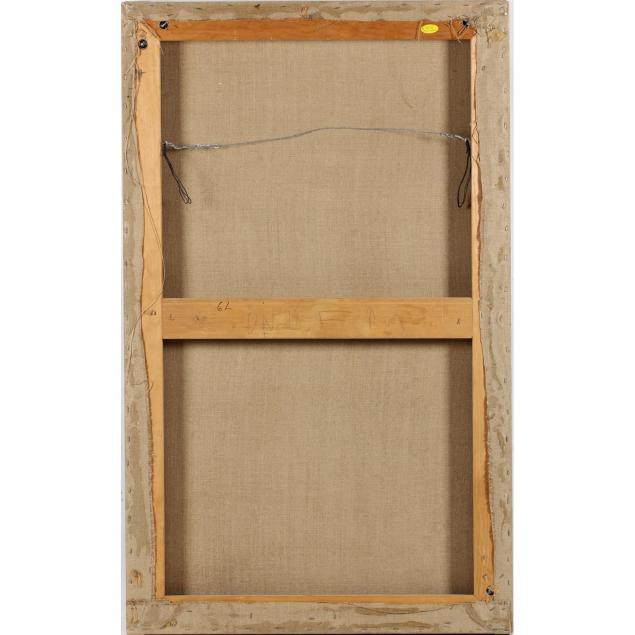 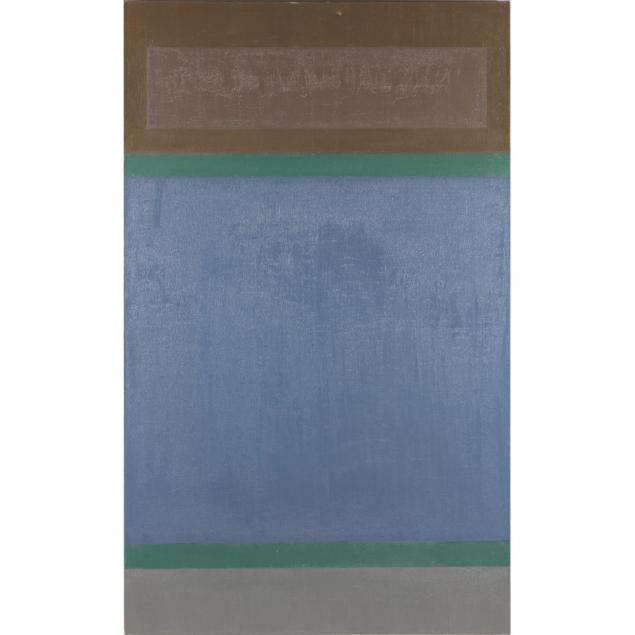 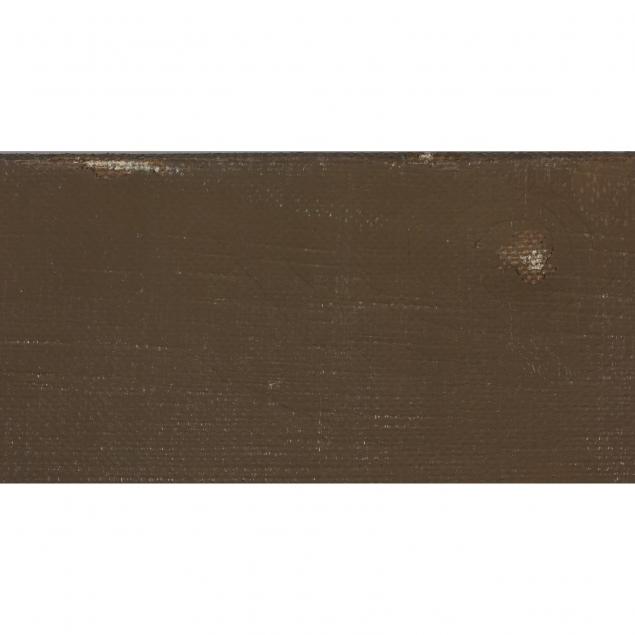 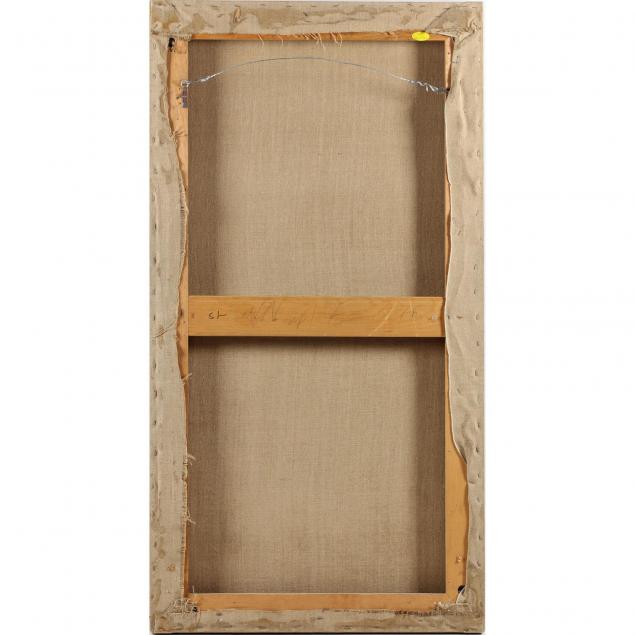