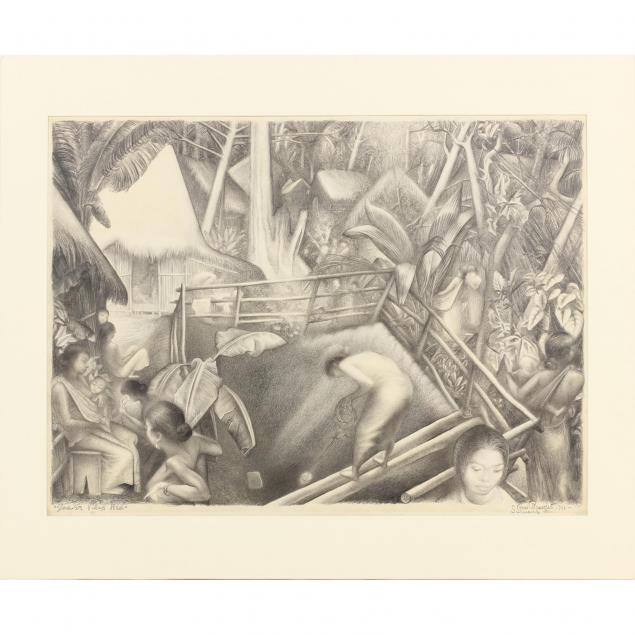 From the collection of Thomas Hart Benton and Rita Piacenza Benton

From a Maryland Collection
Illustrated in THE WORK OF OUR FRIENDS: THE COLLECTION OF THOMAS HART BENTON AND RITA PIACENZA BENTON, Aaron Galleries, Chicago, IL

Braught was formerly trained at the Pennsylvania Academy of the Fine Arts, where he studied with Daniel Garber. Following a study abroad, he exhibited frequently throughout the 1920s at the Pennsylvania Academy, the National Academy of Design, the Corcoran Gallery, and the Society of Independent Artists. In 1931 he and his family settled in Kansas City where he accepted a position in the art department at the Kansas City Art Institute. It was here that he met Thomas Hart Benton, who called him "the greatest living draughtsman."

By the mid 1930s, Braught, an unusual and mystic person, left the United States for more tropical and exotic locales. It was in these wild jungles he created some of his most intriguing and technically impressive work, of which this drawing is a strong example. 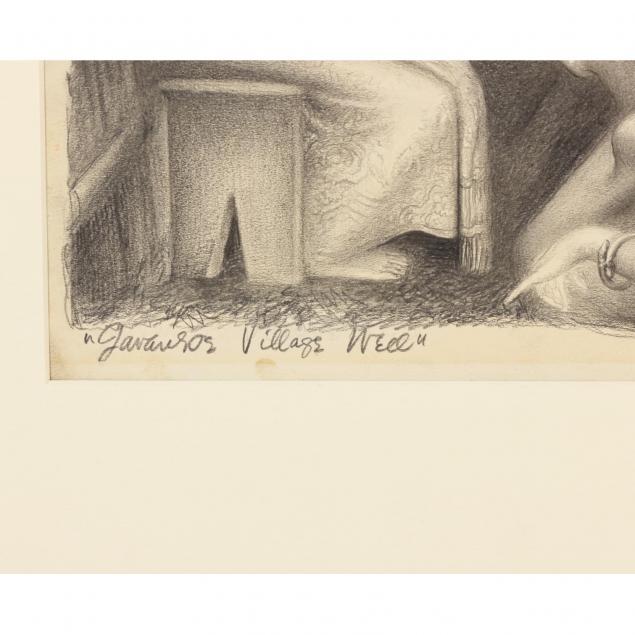 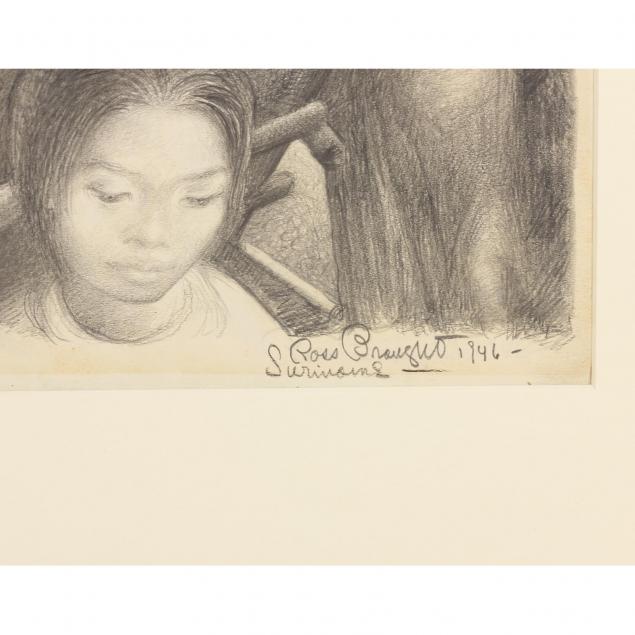