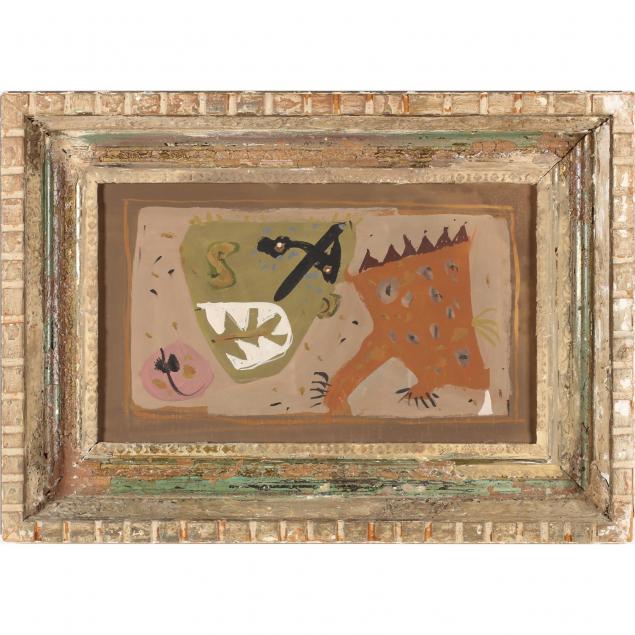 From the Estate of the Artist

This work alludes to the Cold War climate and threat of nuclear attack posed by the Soviet Union. It contains Danella's examples of fable-like animal imagery in a modernist context.

Danella began his early studies in Utica at the Munson-Williams-Proctor Institute. By the age of sixteen, in 1944, he had moved to NYC and enrolled at the Art Students League. While in NYC he befriended Alfred Stieglitz and John Marin. He later met and impressed Josef Albers, whose geometric abstractions and color studies greatly influenced Danella during the period this painting was completed. Danella went on to influence his own cadre of students, never setting the brush down himself. 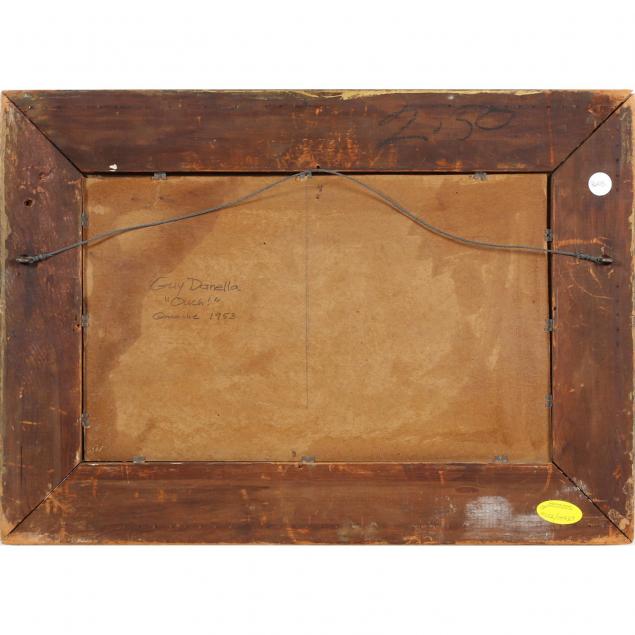 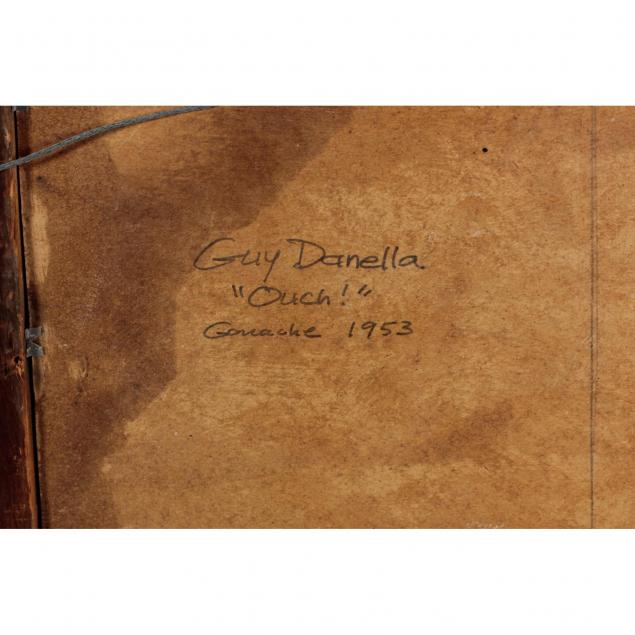