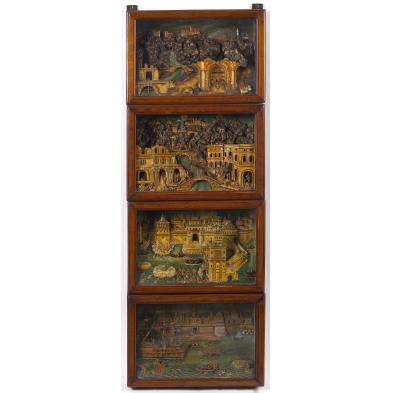 Lot 744
Set of Four Antique Biblical Dioramas
Lot Details & Additional Photographs
19th century or earlier, each presented in a rectangular mahogany frame under glass, scenes include: the Nativity scene, the Flight into Egypt, a scene with saint being fed to the fishes, and the final scene depicting a figure being fed to a sea monster; each with carved and polychrome decoration.

Some loose elements in each scene, but all elements appear to be present. 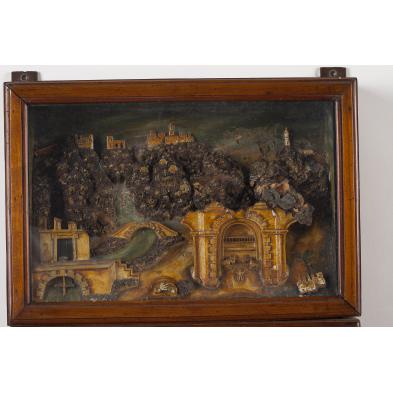 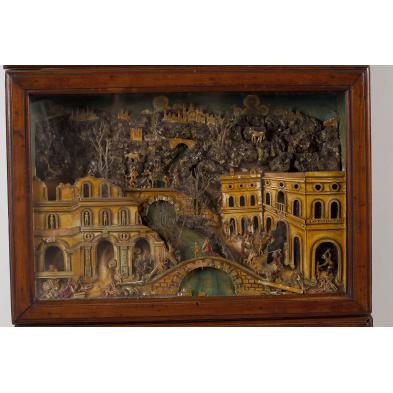 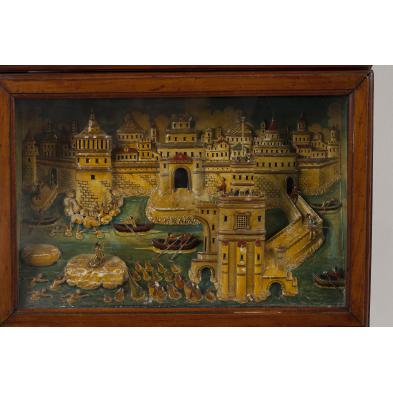 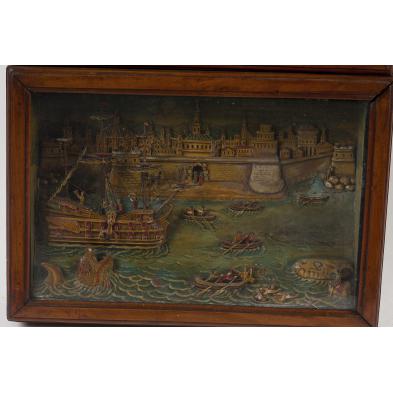 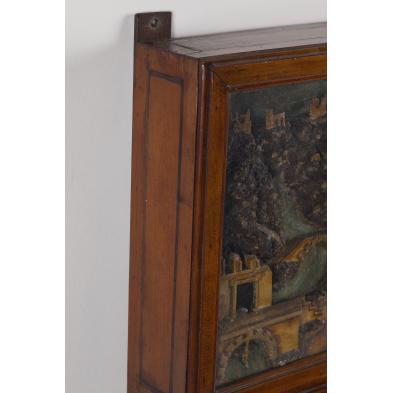