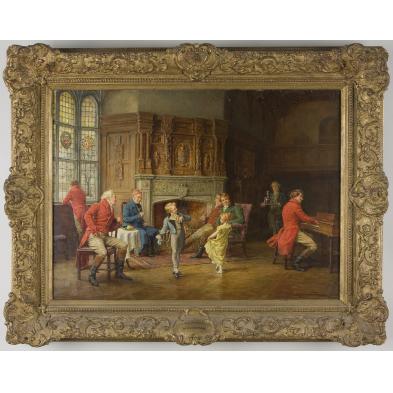 Lot 25
Margaret Dovaston (English, 1884-1955), "Minuet,"
Lot Details & Additional Photographs
Oil on canvas, signed lower right "M. Dovaston," housed in the original ornate gilt composition frame. Margaret Dovaston was born to a well-established family in Battersea, Middlesex. By the time she was 17, Margaret had enrolled in the Ealing Art School and later at the Royal Academy School. She was elected to the Royal Society of British Artists in 1905, just three years after they allowed full membership to women. Her work garnered much praise professionally and she exhibited frequently at the RBA, the Royal Academy, and the Walker Gallery in Liverpool. She is most known for her genre paintings, of which she found inspiration from her vast collection of period costumes and furniture. She said of her paintings "They tell a story in which the spectator is invited to fill in the details at will." This painting is among her finest work, showcasing her talent for composition, coloring, and detail. In addition to signing the painting, Dovaston also incorporated her own family motto "Percussus Elevor" - strike hard and lift up - a trait which she exemplified. 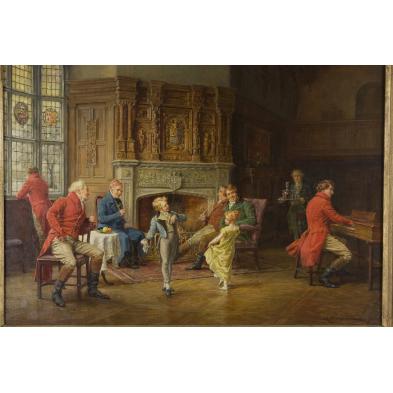 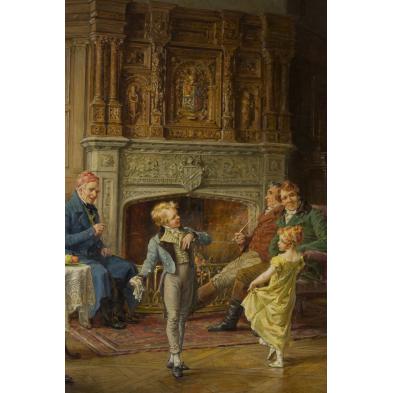 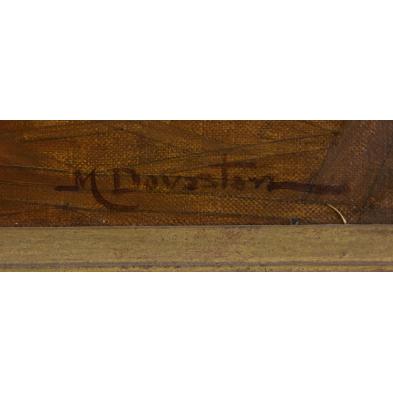 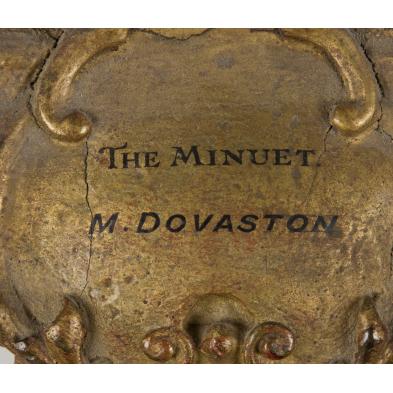 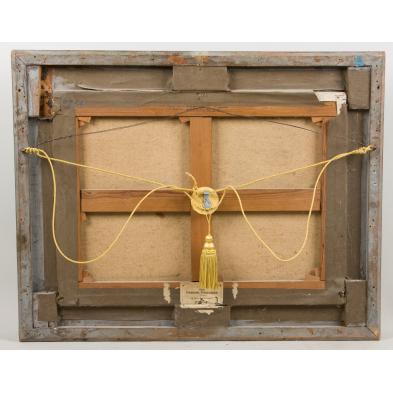 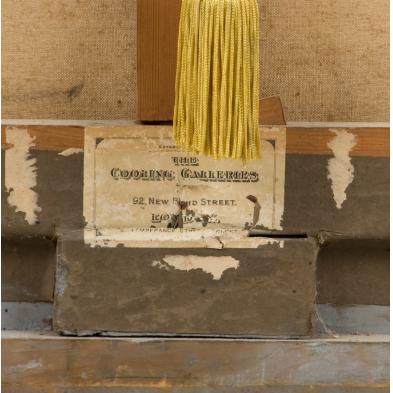