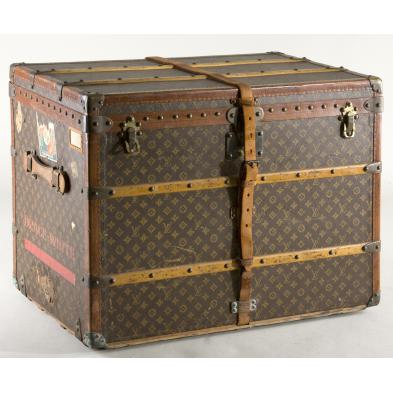 Estate condition - structurally sound, some wear to leather strap on exterior, the leather hasp on front is broken with an attempted repair, some scuffing, one divider to 2nd tray is missing. Overall a fabulous trunk with beautiful original patina.

Originally owned by Rear Admiral Richard Drace-White, who served his country with distinction and was awarded Commander of the French Legion of Honor by the French government after being wounded in combat off the French coast in 1918. He traveled extensively during his tours of duty and served as Naval AttachŽ in Rome, Vienna, Paris, Madrid, and Lisbon. He also was appointed Supervisor of New York Harbor. This trunk was a gift to his girlfriend and from thence, by descent in her family. 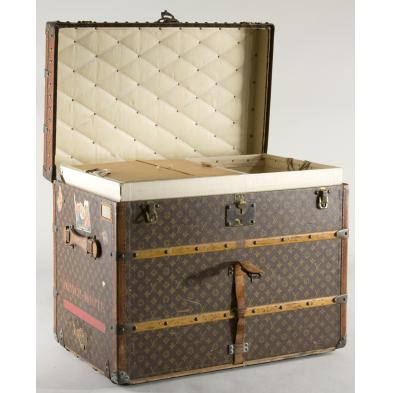 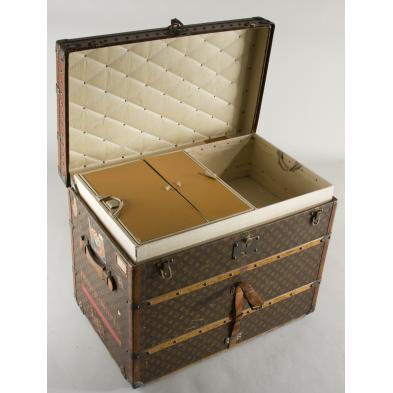 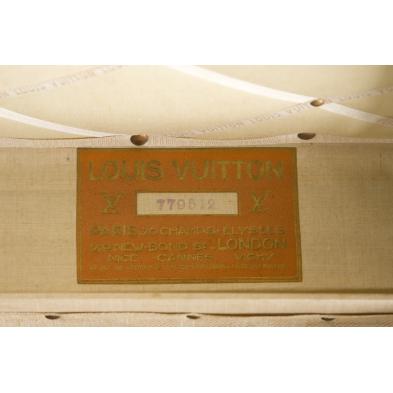 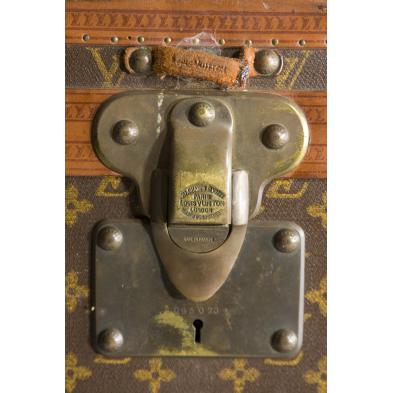 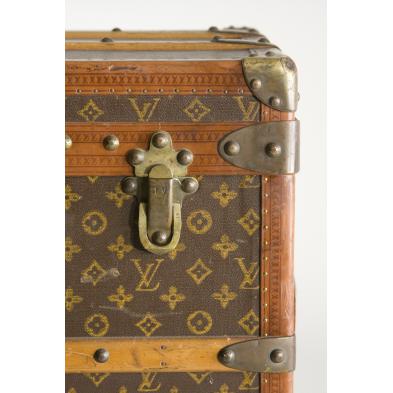 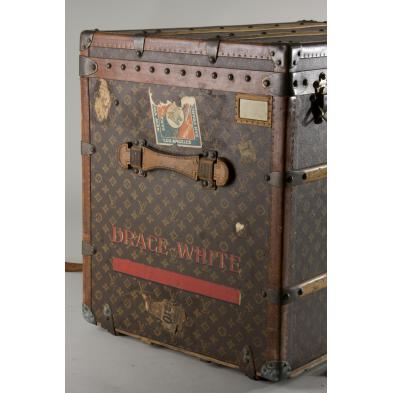 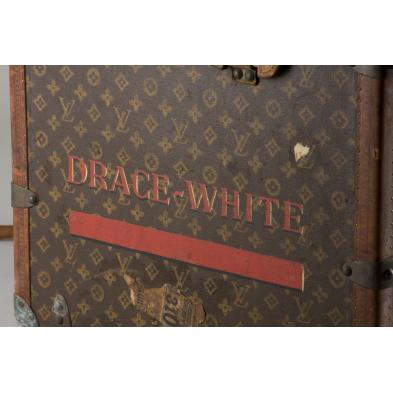 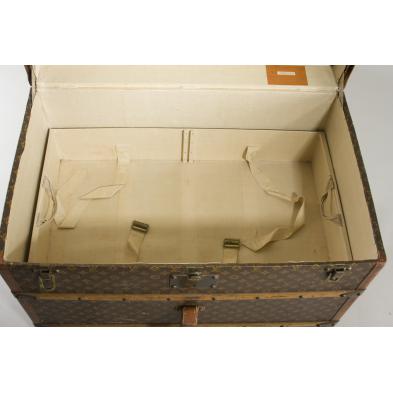 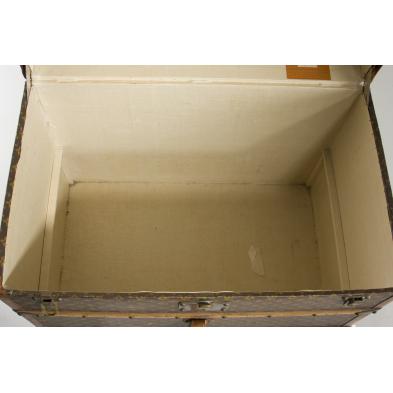