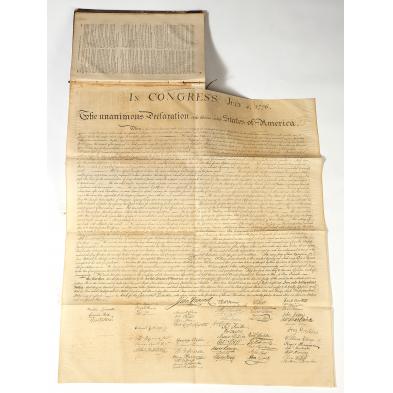 Peter Force's Declaration of Independence facsimile is rarely made available to collectors and is the earliest one generally seen on the market. It was reprinted under Congressional authority using William J. Stone's 1820 plate derived from the original Declaration. Congressionally authorized and used William J. Stone's 1820 copperplates, which were made from the original Declaration. Only a few hundred copies were made, with

The Declaration imprint has a 6 in. diagonal split bisecting the"O" and "C" of "Congress" in the title; there are a few tiny marginal splits along the edges; the document has even light age toning as expected; the covers on all books are somewhat loose, with the back cover on Volume I being disbound; leather elements are worn, chipped, dry and show some loss; internal light foxing; damp stains and loss are present, especially to the first few pages of Volume III, which also has substantial paper loss to the front cover. The books are from fair to good condition, yet the Declaration is clean and is in very good condition aside from the aforementioned split. The document is an excellent candidate for minimal restoration and framing if desired. 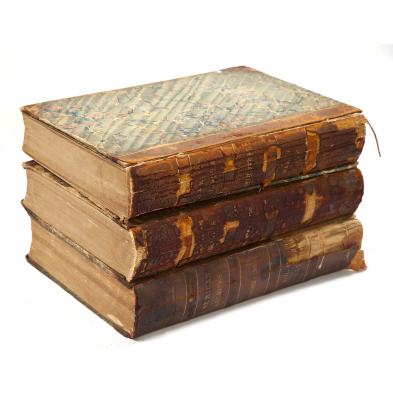 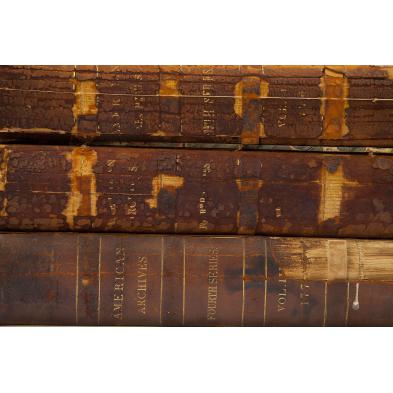 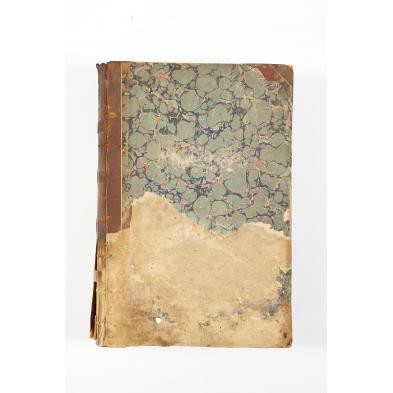 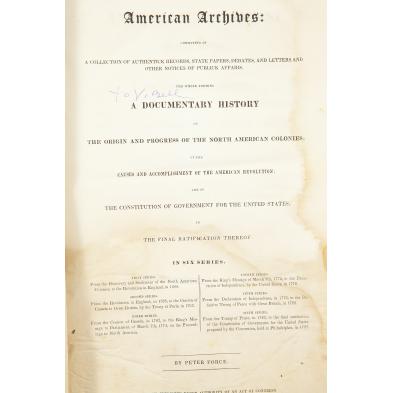 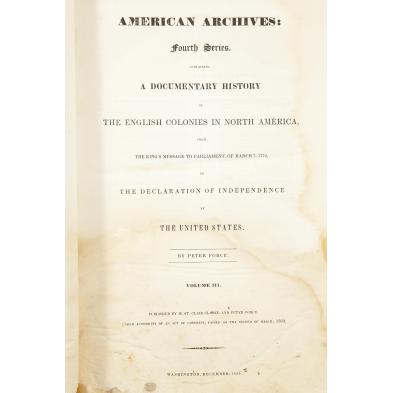 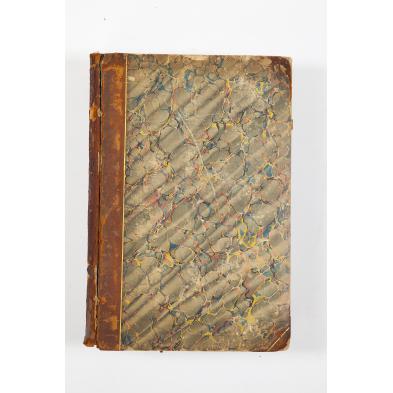 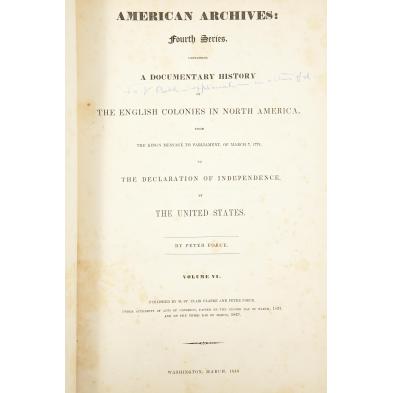 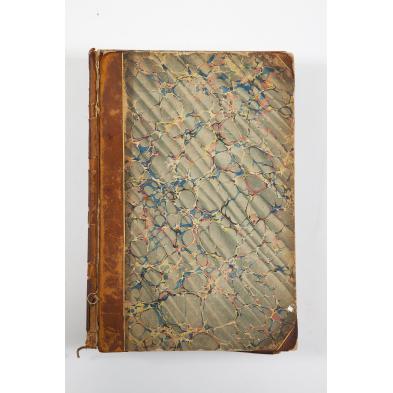 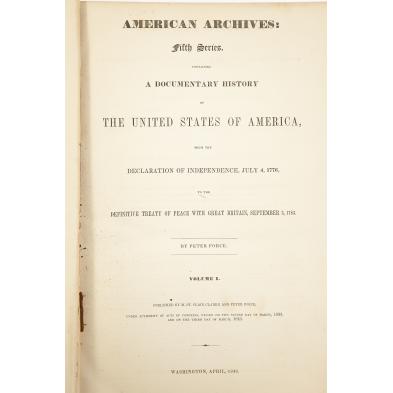 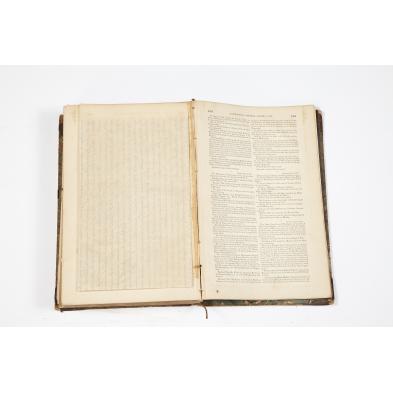 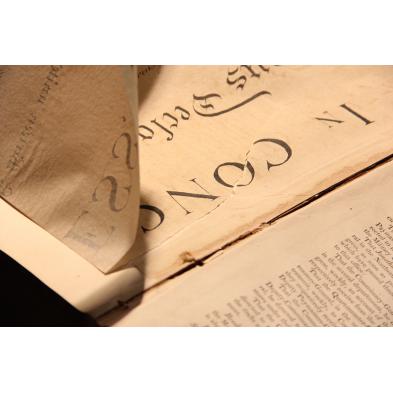