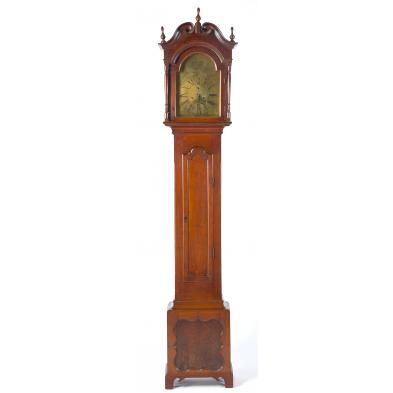 Lot 486
Important North Carolina Tall Case Clock
Lot Details & Additional Photographs
Piedmont, circa 1800-1820, walnut case, yellow pine secondary, the hood features a molded broken arch pediment with finials; the frieze, on three sides, "decorated" with carefully placed pegs, supported by four fully turned columns above a brass face engraved and black highlighted "Joseph Pyle," with seconds dial and time and chime wind and date aperture, unmarked brass works, the arched molding of the waist door encloses an inset panel as does the shaped molding of the base, raised on an applied bracket foot base. Included are two weights and pendulum. HOA 99 in.; Without finial 95.5 x 19 x 12 in.

Joseph PyleÕs relationship to this clock remains unknown since there is no listed clockmaker of that name. It is possible, however, that Pyle was actually the clockÕs proud owner and simply placed his name on the dial as such. Exploring the ownership scenario, a probable signatory would be a certain Joseph Pyle who was born in 1760 to Dr. John Pyle of Chatham County. If so, the clock would have a collateral association with ÒPyleÕs Defeat,Ó a celebrated event in local Revolutionary War history. (Dr. Pyle, a Loyalist militia colonel, saw his command wiped out in present-day Alamance County on February 21, 1781 by Patriot cavalry under ÒLighthorseÓ Harry Lee, father of Robert E. Lee. Curiously, Dr. Pyle later changed sides and retired to Chatham County. During the early national period the name ÒJoseph PyleÓ makes a second and final appearance in the historical record of Piedmont North Carolina. An 1836 will probated in Guilford County notes a Joseph Pyle residing in Orange County, the western portion of which would become Alamance County in 1849. The Pyle clock, having surfaced in Alamance, suggests ownership by this Joseph Pyle. Further research at the NC Department of Archives and History could show that the newborn 1760 Joseph Pyle of Chatham and the mature 1836 Joseph Pyle of Orange (Alamance) were the same person. Should this prove the case, the ultimate provenance of the clock will be established. 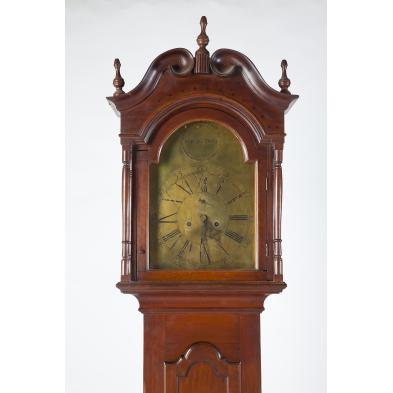 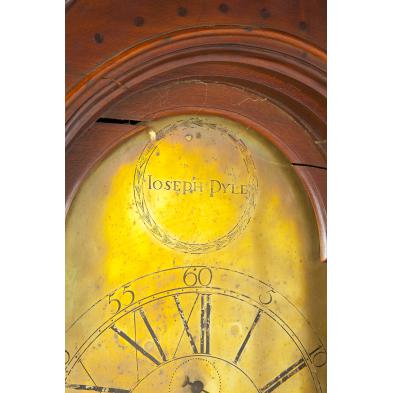 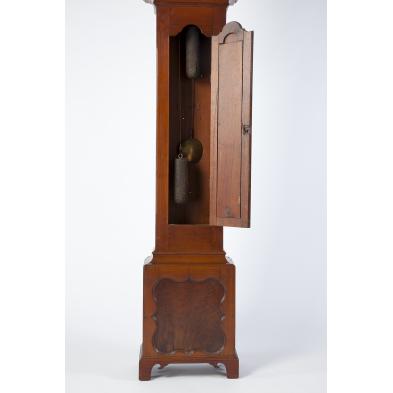 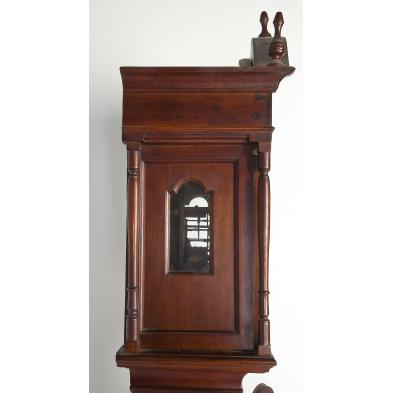 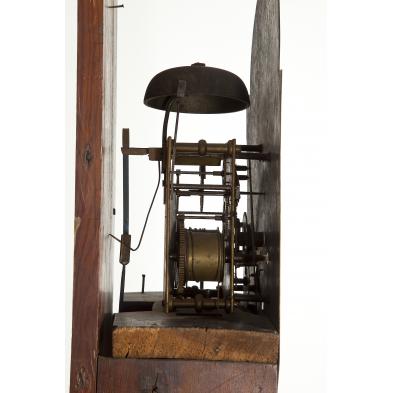 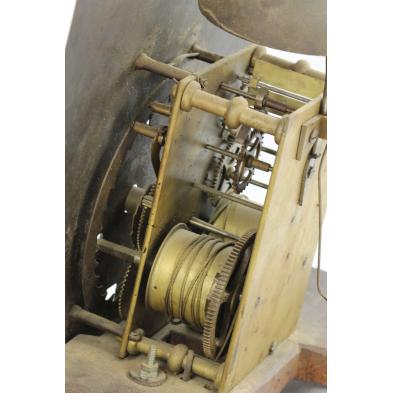 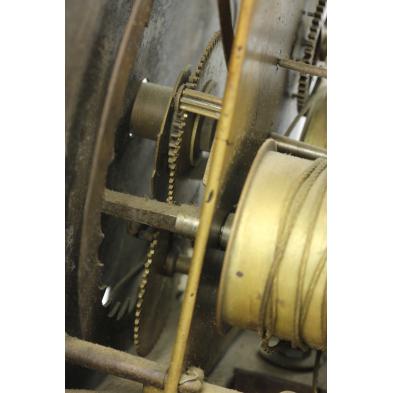 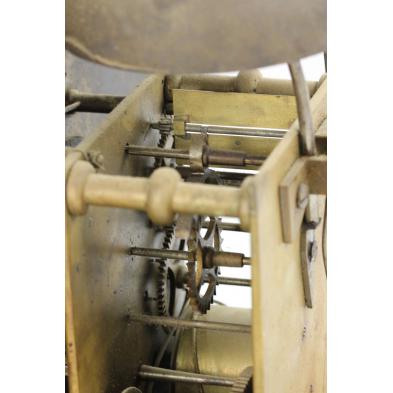 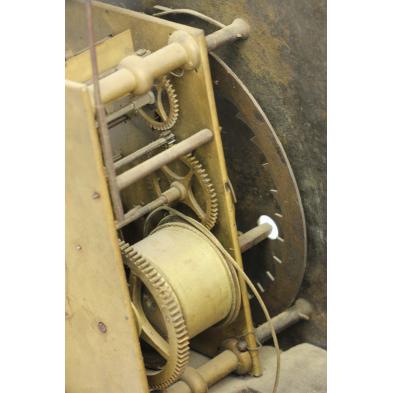 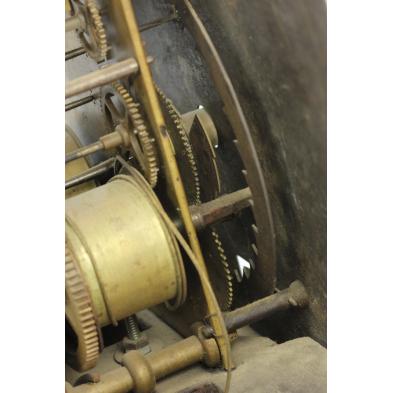 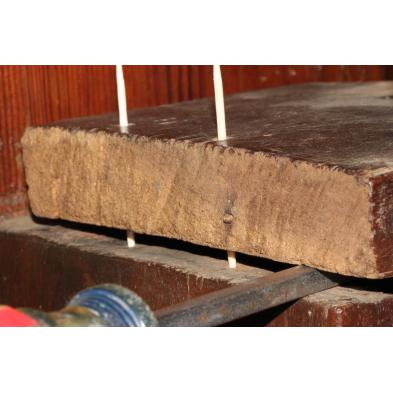