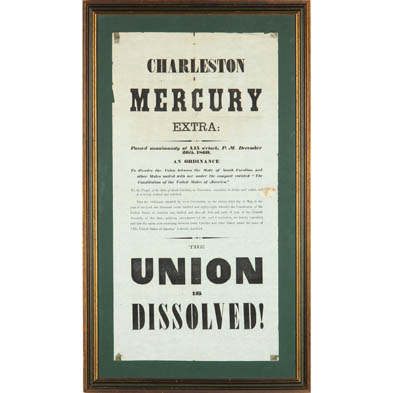 Lot 510
Rarer Variant of THE UNION IS DISSOLVED Broadside
Lot Details & Additional Photographs
This poster was printed and distributed on December 20, 1860 by the Charleston Mercury within minutes of South CarolinaÕs decision to leave the Union. The text of this announcement, arguably the first imprint of the Civil War, reads ÒAN ORDINANCE to dissolve the Union between the State of South Carolina and other States united with her under the compact entitled ÔThe Constitution of the United States of America.Õ We, the People of the State of South Carolina, in Convention assembled, do declare and ordain, and it is hereby declared and ordained, That the Ordinance adopted by us in Convention on the twenty-third day of May in the year of our Lord one thousand seven hundred and eight-eight, whereby the Constitution of the United States of America was ratified, and also, all Acts and parts of Acts of the General Assembly of this State, ratifying amendments of the said Constitution, are hereby repealed; and that the union now subsisting between South Carolina and the other States, under the name ÔThe United States of America,Õ is hereby dissolved.Ó Presented in a plain wooden frame.

This broadside is coming to the market after an absence of at least fifty years. An unknown dealerÕs faint pencil notation in the upper left corner reads ÒCivil War / 65.00Ó while an old collection sticker, ÒEx. Libris TWS,Ó is on the verso. The various diagnostic characteristics of genuine Charleston Mercury broadsides are all present here. It is also one of the very few surviving examples of the broadside without a comma after ÒP.M.Ó Another is in the Library of Congress. Scholars suggest that this grammatical mistake was noticed during the press run and subsequently corrected for the remaining impressions.

Dried glue at the corners and at the library label bleeds through from behind; fold creases; slight edge irregularities; a few pinholes along some folds. The lightweight paper remains sound and is in very good condition overall with no prominent areas of loss. 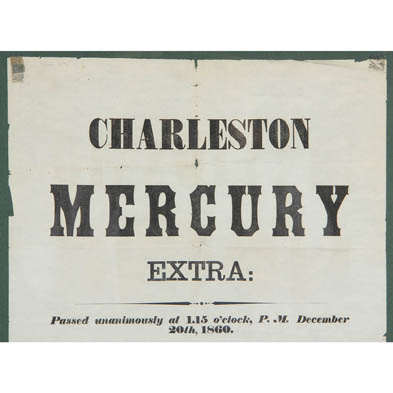 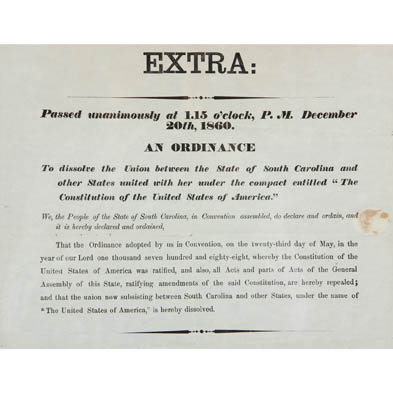 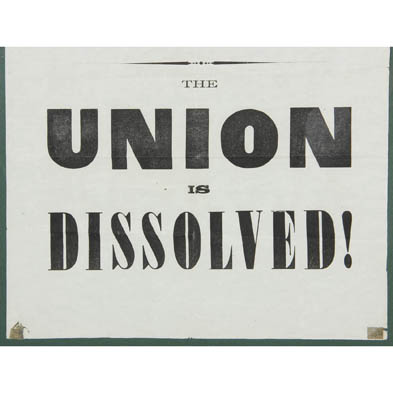 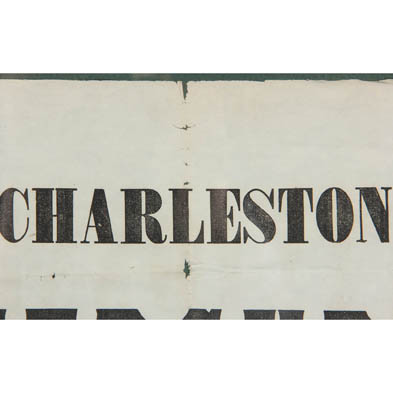 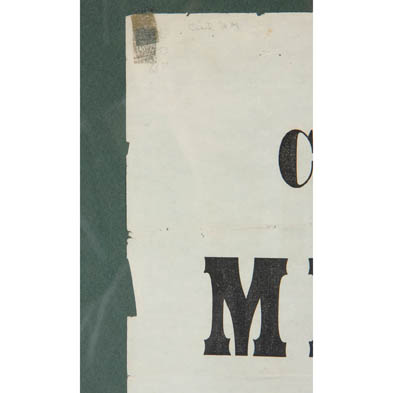