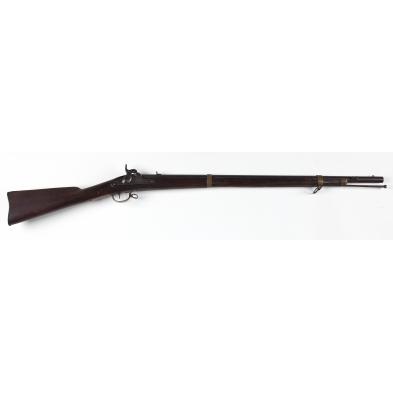 Lot 17
Rare Mendenhall, Jones & Gardner Confederate Rifle
Lot Details & Additional Photographs
Made in Jamestown, Guilford County, North Carolina under state contract. A very early model with the lockplate and 33 in. barrel unmarked by the manufacturer. This rifled-musket has a .50 caliber bore, is 48.5 in. overall and is stamped "85" on the walnut stock opposite the hammer. The M1841-style side plate, nosecap, trigger guard and barrel bands are of brass; the buttplate and sling swivels are of iron.

A mere 2,239 MJ&G rifles were acquired by the State of North Carolina between 1862 and 1864. Most of these are maker-marked and have the era's standard .58 caliber bore. This unmarked example, however, is an exceedingly rare survivor from MJ&G's initial 1862 production run, which consisted of .50 caliber rifles. Norm Flayderman states there were "under 100 recorded delivered." As such, the .50 caliber MJ&K rifle made up less than 5% of the firm's already miniscule output.

Working action at full and half cock; expected shallow scratches and dings from field use; the barrel retains traces of its original finish; toned brass elements. Overall good condition. 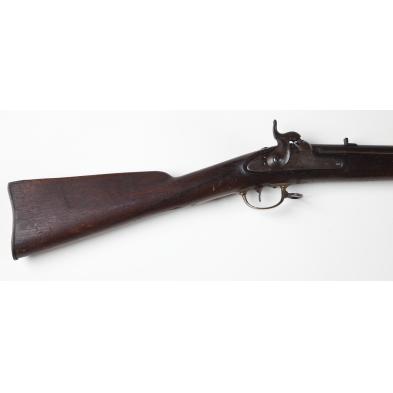 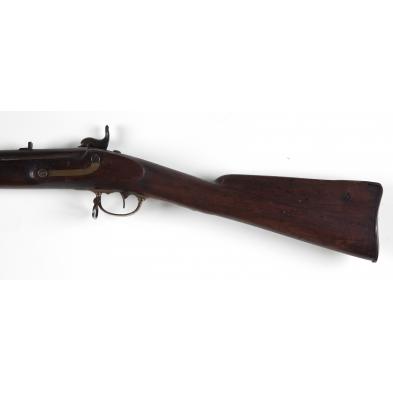 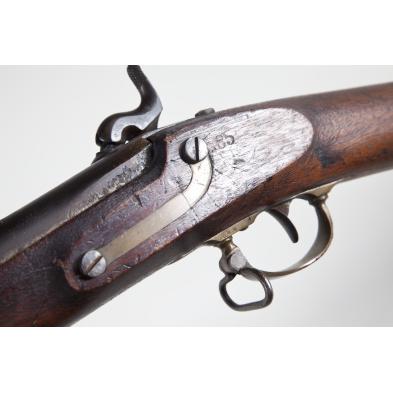 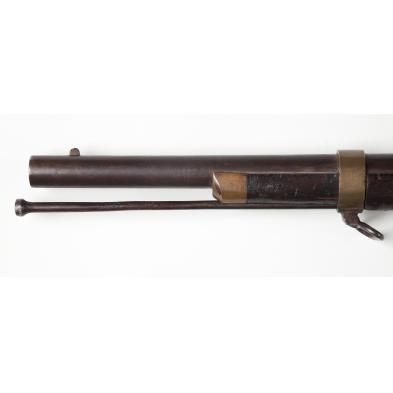 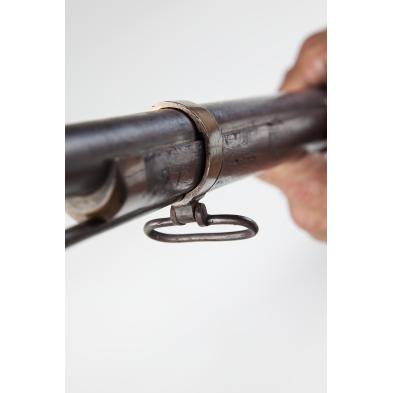 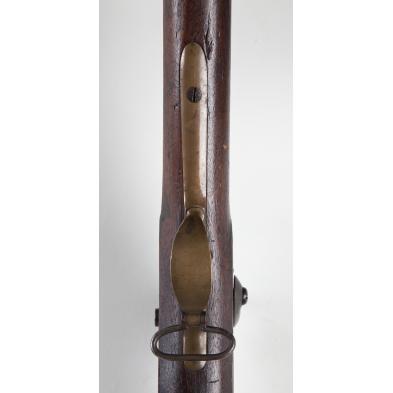 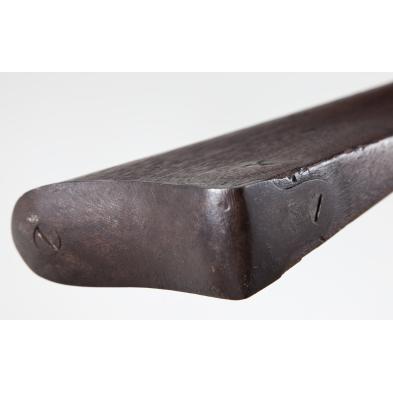 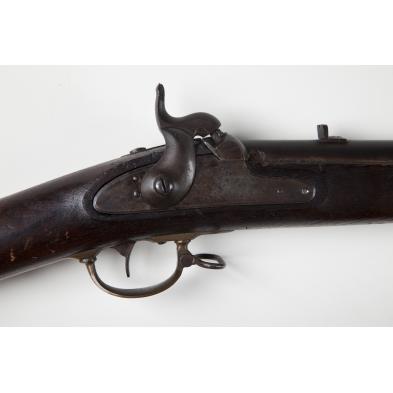