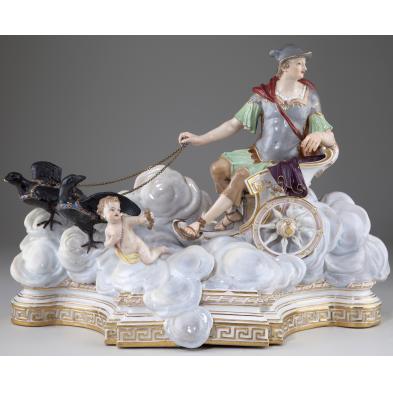 Lot 13
Meissen Mythological Chariot Group with Mercury
Lot Details & Additional Photographs
Late 19th - early 20th century, the Roman god is depicted in his chariot pulled by two ravens, a putto emerging from the clouds below, two part form modeled after an earlier work by J. J. Kandler. One half with incised "No. 30" and impressed "100," the other half incised "#30" and impressed "121." Both halves with underglaze blue crossed swords mark.

Depictions of Mercury in a chariot pulled by birds, while uncommon, can be traced back as early as 15th century, including a 1491 woodcut in an astronomy book by Guido Bonatti.

With loss and old repairs - please contact the gallery for a complete condition report. 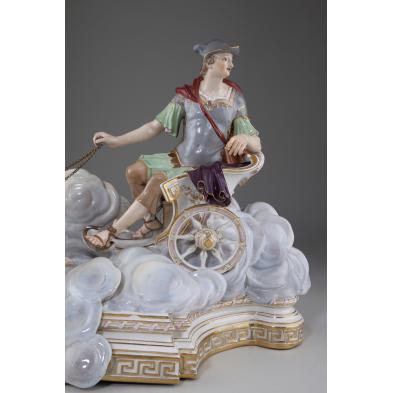 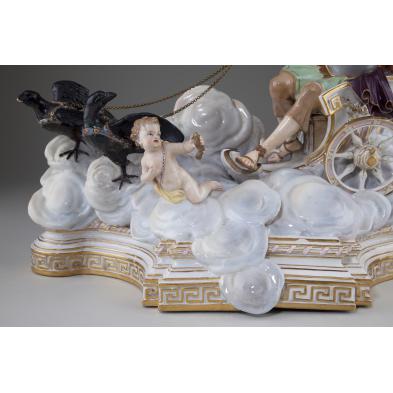 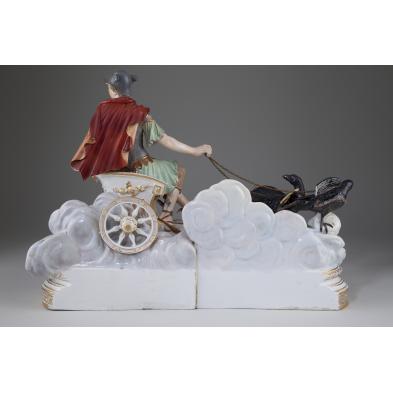 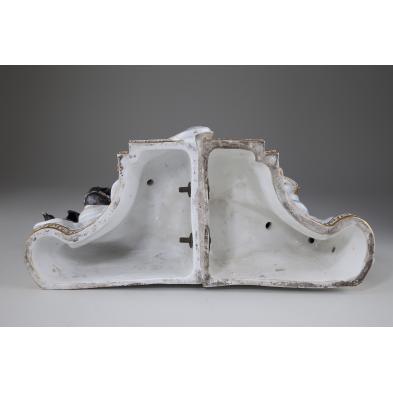 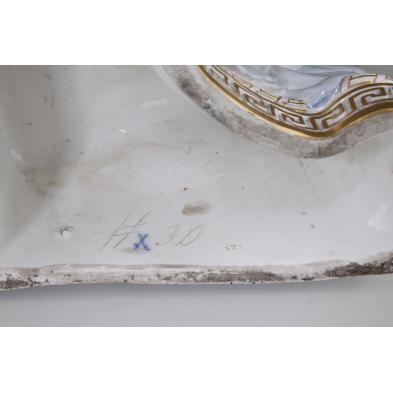 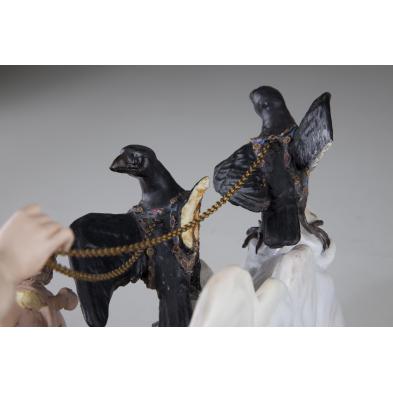