Robert Tait McKenzie may be considered a Renaissance man of the early 20th century. He was born into a Scottish minister's family in Ontario, Canada, and obtained his medical degree from McGill University in Montreal. In addition to his studies, he excelled in gymnastics and athletics in general. McKenzie managed to combine both interests in his professional life - he taught Anatomy at McGill and accepted a position as Head of the new Department of Physical Education at Penn State University in 1904. His artistic interests began as a stress relief tool with watercolors, but he soon started creating models to use as teaching tools for his lectures. Not long thereafter he was known for his realistic figures - many of which are in public and private collections throughout the world including the Joseph B. Wolffe Collection of R. Tait McKenzie Sculpture of Athletes housed on the campus of the University of Tennessee, the University of North Carolina in Chapel Hill, Brookgreen Gardens in South Carolina, Philadelphia Museum of Fine Art, and the Princes' Street Gardens in Edinburgh, Scotland.

Old hairline to front of square plinth of bronze below right front foot, some rubbing, and small flakes to wooden plinth. 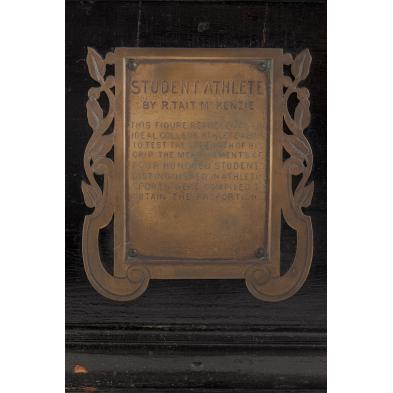 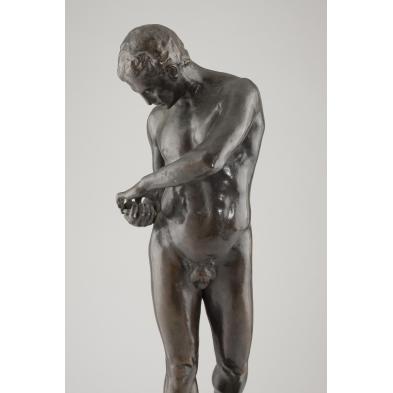 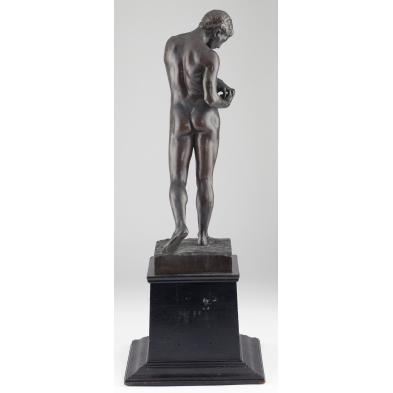 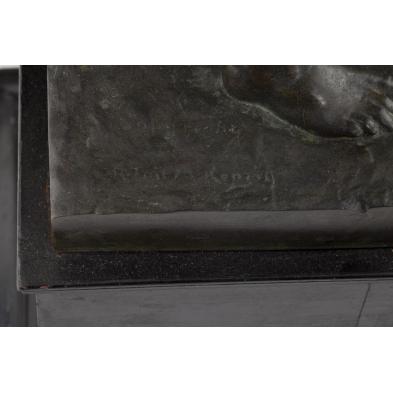 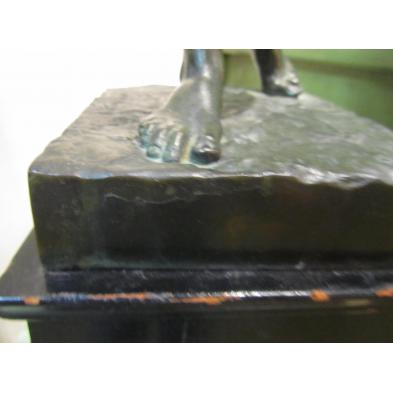