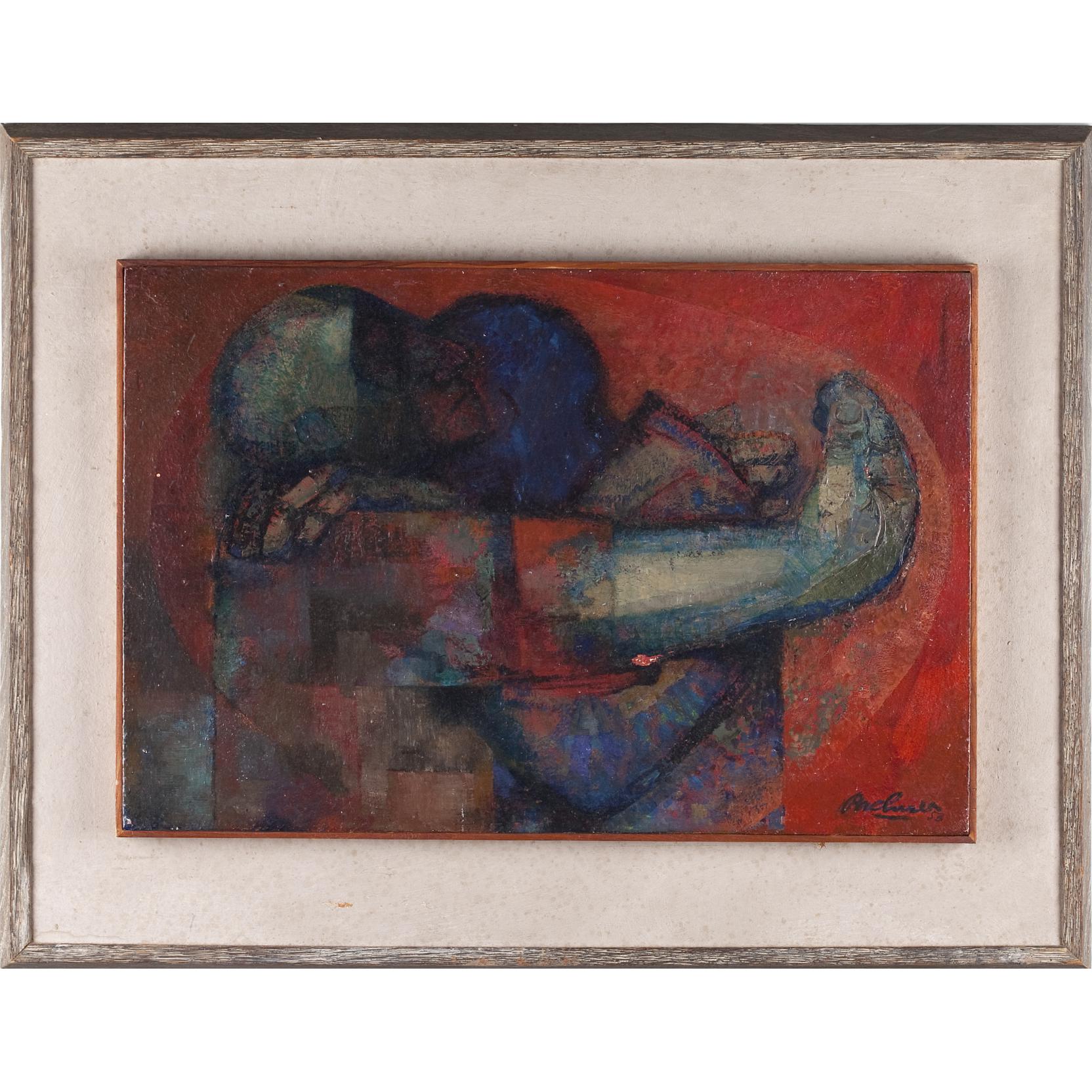 Lot Details & Additional Photographs
Oil on board, signed and dated at lower right "Pachner '53," housed in the original frame.

Originally from Czechoslovakia, William Pachner began his artistic career as an illustrator. Despite loosing sight in the left eye following a childhood accident, he studied fashion illustration at a design school in Vienna. After dropping out of the school he worked for several publications based in Prague. A professional contact arranged for him to visit the States in 1939 - what was originally intended as a brief visit becomes a permanent relocation after Germany invaded his homeland. Pachner's earliest work created during WWII was primarily figural - branching from his illustrations completed for the likes of Esquire, Collier's, Cosmopolitan, and Redbook. While his illustrations reference the horrors occurring overseas, Pachner vowed in 1946, after learning that his entire family had been murdered by the Nazis, "My hand cannot be hired by anybody. I must bear witness." He showed work in numerous East Coast galleries and in 1951 began teaching art in Florida, where he built a winter studio. Throughout his career, Pachner's work has morphed from the figural, of which this painting is an excellent example of his strong and solid figures, to landscapes, to beach scenes, to interiors, to abstractions - and eventually to the black and white works he began in the early 1980s after loosing sight in his right eye. Well-regarded early on and today, Pachner's work has been featured in several one-man shows including recently at the Florida Holocaust Museum in St. Petersburg. "How come I found myself in a country where one is free to do one's work? Where they let you be, and you can choose what you want to do? Don't question why it happened. There is no answer.'' - Willam Pachner, as quoted in the TAMPA TRIBUNE: "Truth and Beauty," February 20, 2005. 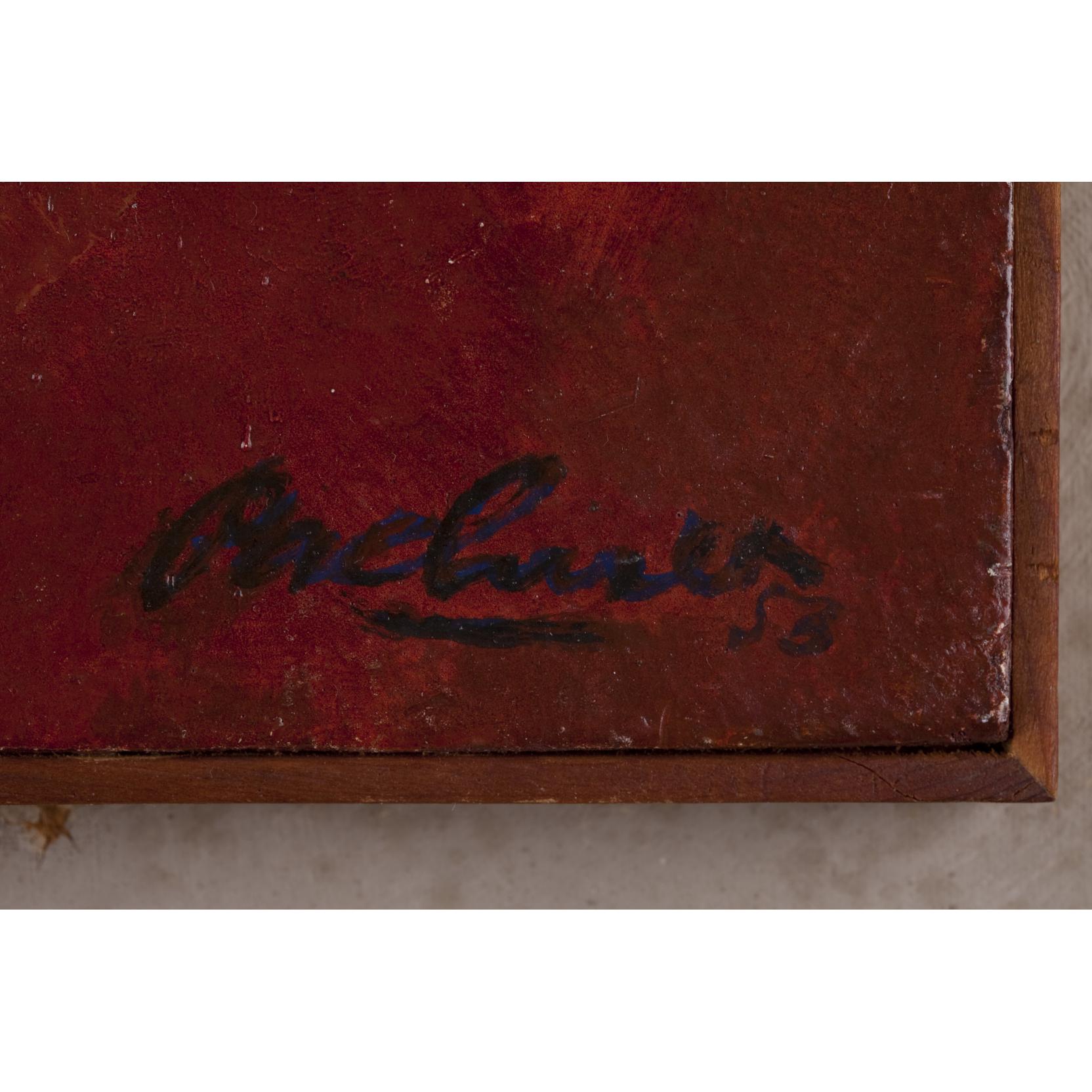 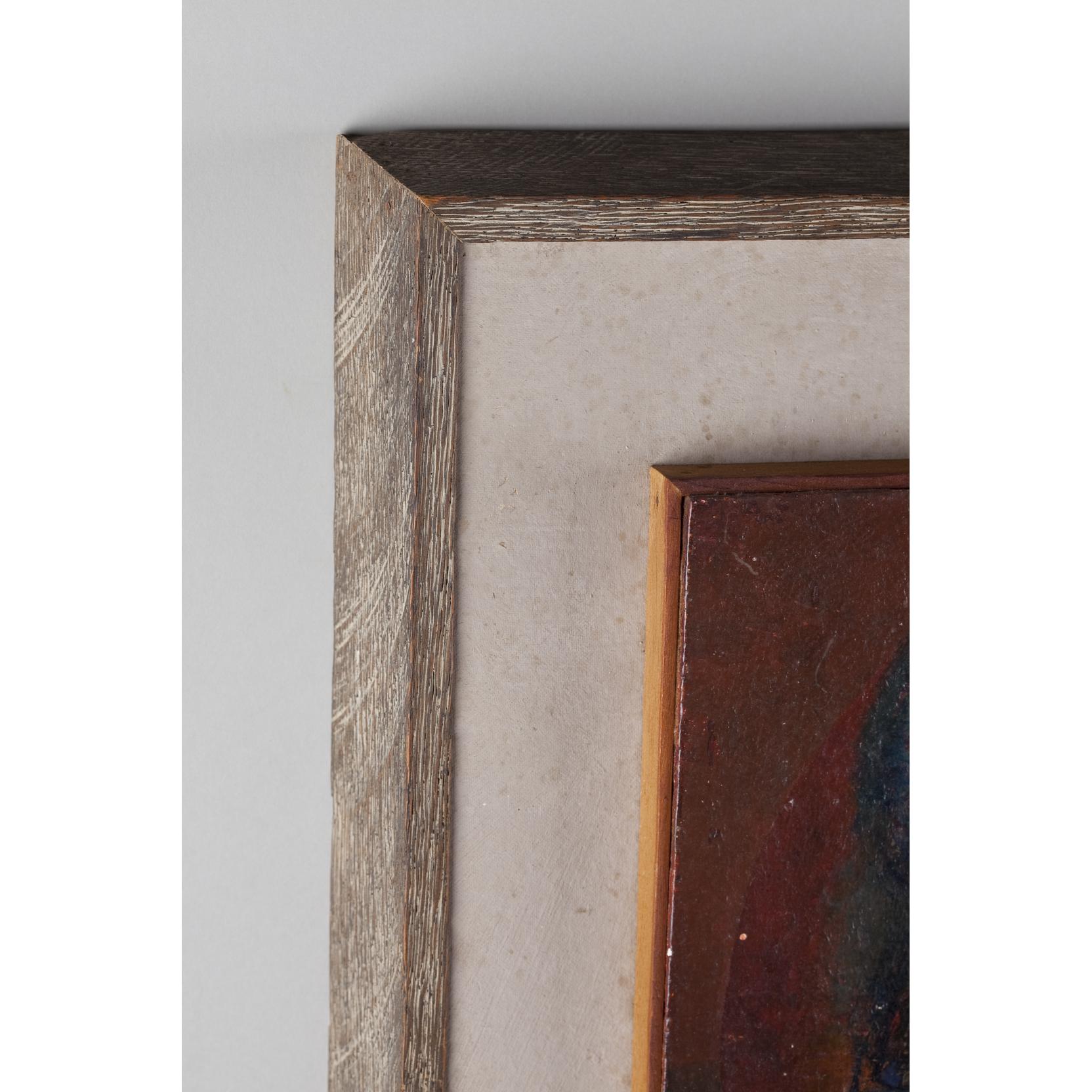 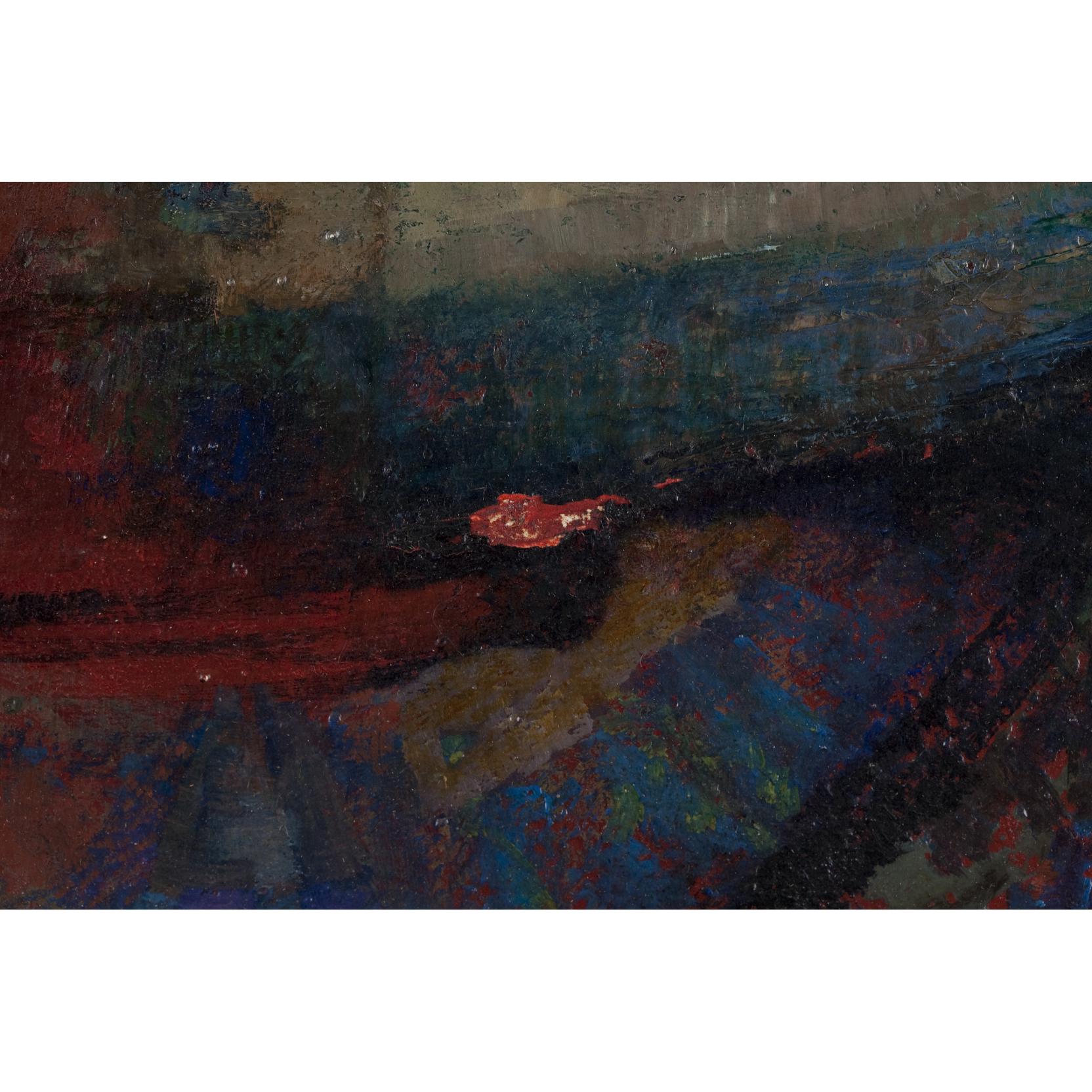