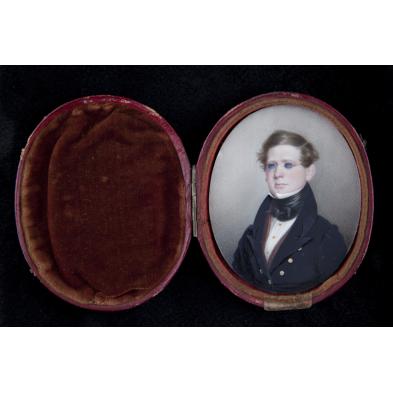 Lot 299
Charles Fraser (SC, 1782-1860), Alexander Baron
Lot Details & Additional Photographs
Watercolor on ivory, portrait miniature of Dr. Alexander Ladson Baron (1810-1842), of Charleston, SC, depicted in a black jacket and wearing blue tinted spectacles, the painting commemorating his first year of marriage to Sarah Gibbes DeSaussure (1811-1891), signed on paper backing of ivory, "C Fraser Charleston / SC Apl 1833," further inscribed on paper backing by sitter "Present for my wife / on the / 1st Anniversary of our marriage / April 26th 1833," research confirms that Dr. Baron married Sarah Gibbes DeSaussure (1811-1891) on 26 April 1832, housed in original red leather carrying case. A portrait miniature of Alexander Ladson Baron of a similar version and similarly inscribed was exhibited in 1941 at the Virginia Museum of Fine Art and is listed in the exhibit catalogue, "Virginia Miniatures." It is also signed by Charles Fraser and dated "Apl 1833." Mr. Fraser records painting Dr. Baron in 1833 in his Account Book of sitters. Nine years after the commissioning of the painting, Dr. Baron deceased and was laid to rest in St. Peter's Episcopal Church Cemetery in Charleston, SC. There is no record of children from his marriage to Sarah, who remarried in 1845 as reported in "The Charleston Observer" of 4 June 1845 the marriage of Sarah G. Baron DeSaussure to Rev. Stephen Elliott. Both Alexander Baron and his wife, Sarah, were members of prominent families of South Carolina who were instrumental in the governance, prosperity, and social affluence of Charleston. His father, the elder Dr. Alexander Baron (1745-1819), was a physician of renown and a founder of the Medical Society of South Carolina and "served for twenty-eight years as president of the St. Andrews Society, the oldest charitable society in the state." As his son, Dr. Baron was also painted by Mr. Fraser, and the 1813 portrait miniature is featured in Mr. Harry B. Wehle's AMERICAN MINIATURES 1730-1850, published in 1937 (see plate XXVII)I. A most likely posthumous version of the painting done in 1819 is included in THE MINIATURE PORTRAIT COLLECTION OF THE CAROLINA ART ASSOCIATION by Martha R. Severens, page 47. Interesting to note is that in the known images of the elder Baron and his son, spectacles are portrayed as part of the sitters' personas, the elder Baron with his perched on his forehead and his son with spectacles of blue tinted glass. His beloved wife, Sarah, was the daughter of Major Henry Alexander DeSaussure (1788-1810) and Susan Boone (1789-1864), who married 18 December 1810. Her paternal grandfather, Henry William DeSaussure (1763-1839) married Elizabeth Ford (1767-1821) of Morristown, NJ. In 1784, he was appointed by George Washington as director of the First United States Mint. For additional information, please contact the Gallery.

By direct descent of the family 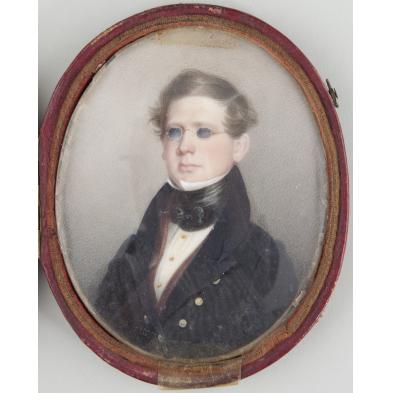 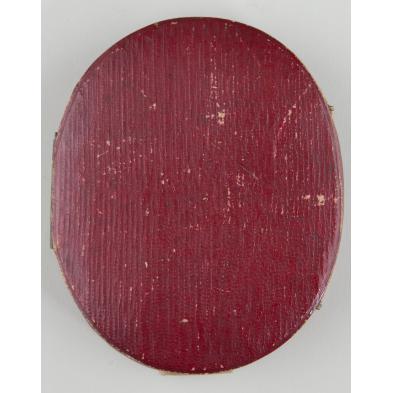 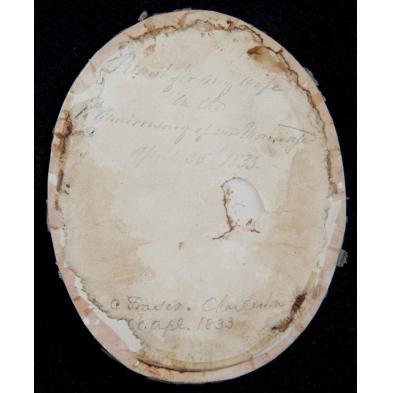 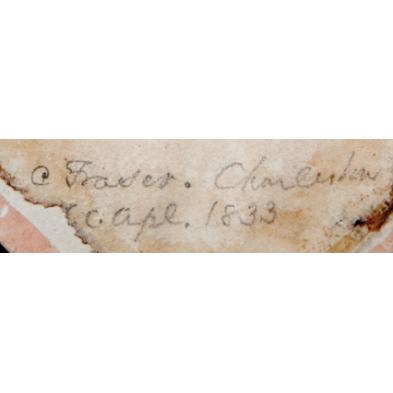