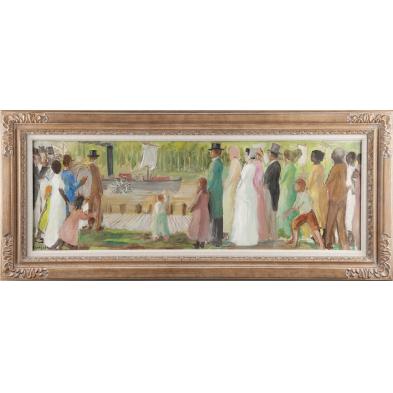 Born in Bertie County, North Carolina in 1896, Francis Speight began his art studies at Meredith College in Raleigh. Following his lessons there, he then moved on to the Corcoran in Washington, D.C. where he viewed an exhibition of Daniel Garber's work and was inspired to enroll at the Pennsylvania Academy of Fine Art where Garber was an instructor. Speight attended PAFA from 1920-1925. He then served as an instructor at the academy until 1961, when he moved back to eastern North Carolina. We wish to thank Barbour Strickland, co-author of the forthcoming book "Francis Speight and the Poetry of Place," for confirming that this painting was likely done for a mural competition in the mid to late 1930s. 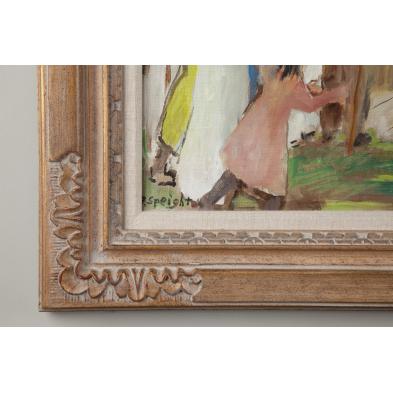 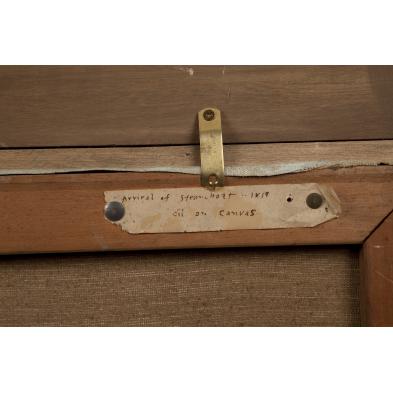