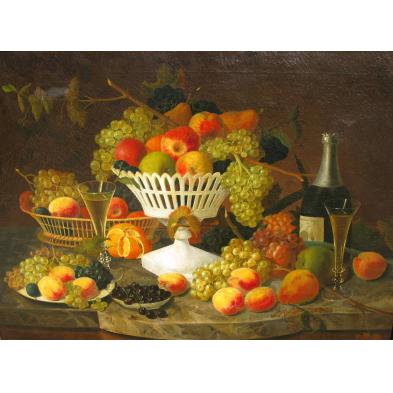 Lot 181
Paul Lacroix (NJ/NY, 1827-1869), Still Life
Lot Details & Additional Photographs
Oil on canvas, signed at lower left "P. LaCroix," with stencil on the verso reading "S. N. Dodges / Artist & Painter's / Supply Store / 189 Chatham cor(ner) / of Oliver St. / N. York" (Dodges used this stencil in the 1850s), housed in the likely original gilt wood frame. Paul Lacroix is believed to be French or French-Swiss in origin, but lived in New York City from 1858-1866. He lived in Hobeken, NJ for the remaining 1860s, but returned to New York City where he died in 1869. While he painted several landscapes, he was a very prolific still life painter with many of his works, this one included, illustrating Severin Roesen's influence. In fact, in Gerdts' "Painters of the Humble Truth: Masterpieces of American Still Life 1801-1939," he points out that Lacroix did not appear in New York City directories until after Roesen left the city. Therefore, the question has been raised that Lacroix may have painted under Roesen's direct tutelage. This picture is more evocative of Roesen's works than later still lives by Lacroix. It would have appealed to the wealthy classes with its lush depiction of grapes, segmented oranges, cherries, berries, and peaches piled into a pyramidal arrangement - with the stylish dining accoutrements of ceramic baskets and dishes - capped off by an open bottle of bubbly and two elegant champagne flutes. 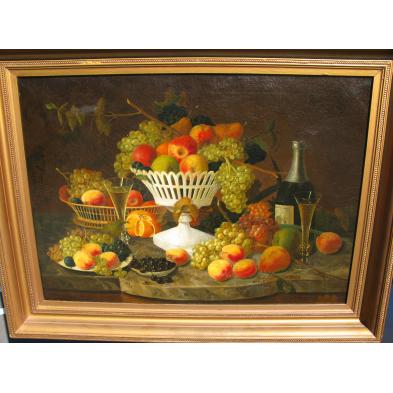 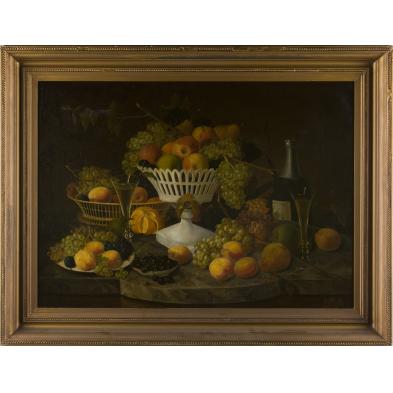 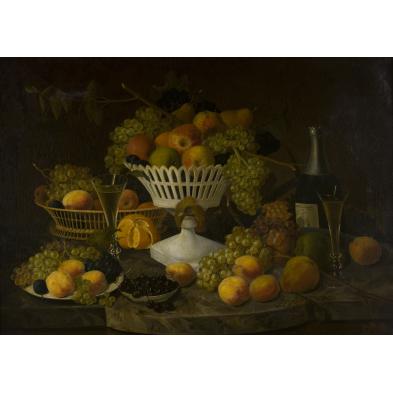 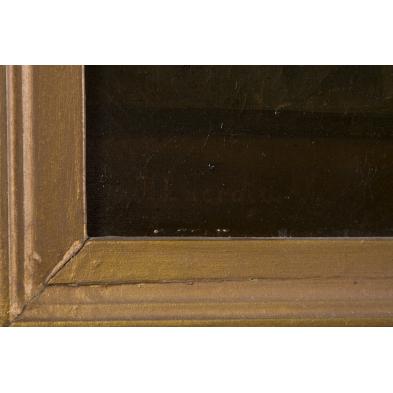 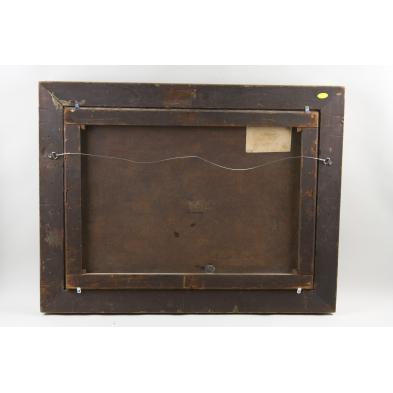