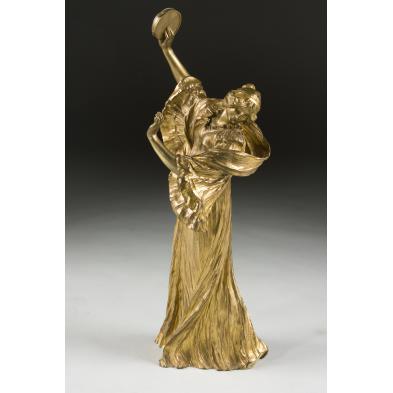 Lot 390
Agathon Léonard (French, 1841-1923), Dancer
Lot Details & Additional Photographs
Gilt bronze, the figure holding a tambourine aloft, inscribed "A. Léonard sclp," also bearing an impressed "M" below the Susse Freres foundry mark. Agathon LŽonard was the pseudonym of Van Weydveldt. He studied at the School of Fine Arts in Lille, his birthplace, and was soon elected to the AcadŽmie de Beaux-Arts in Lille. He was quite successful throughout the remainder of the 19th century, but he achieved his highest renown in 1900 with the debut of "Jeu l'Žcharpe" at the Exposition Universelle in Paris. While originally created for Sevres in fine porcelain as a centerpiece and based upon the fluid movements made famous by Loie Fuller in her scarf dances, the sets sold out and LŽonard contracted with the Parisian foundry Susse Freres to create the figures in bronze in varying sizes, of which these are the largest. The detail and sinuous form of each figure epitomizes the Art Nouveau movement. 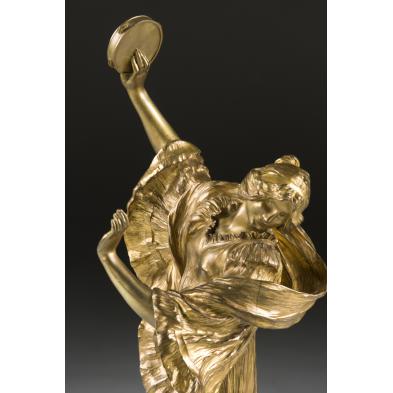 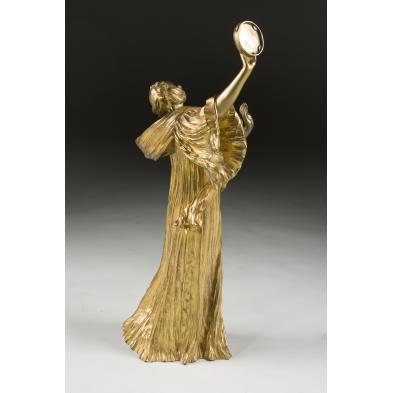 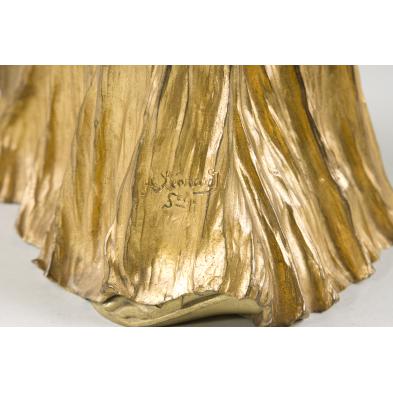