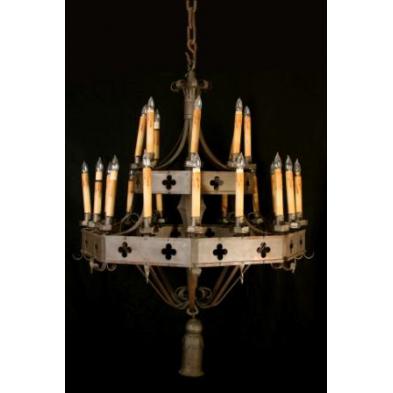 Lot 402
Roycroft Chandelier of Grand Proportion
Lot Details & Additional Photographs
Circa 1930, original to Hubbard Hill of East Aurora, New York (home of Elbert Hubbard II), where it hung as the focal point of the Great Room with its high vaulted ceiling. The two tier chandelier made of patinated copper and wrought iron, with both weld and rivet construction, was most likely designed by Victor Toothaker. The open octagonal form with pierced quatrefoil design, raising 16 candle arms on the lower tier and 8 on the upper, having faux candles which appear to be original as does the copper beam mount. 61", chain is 62", WOAS 40.75", beam mount is 27"w and made of copper and iron, the shaft is iron, the tassel drop is copper, and the candle cups are copper.

Victor Toothacre worked as the Foreman at the Gustav Stickley metal shop from 1907-1911. He became the Foreman at Roycroft copper shop from 1912-1915 during which time he designed all lighting fixtures for the Grove Park Inn, Ashville, NC. From 1915-1930, Victor Toothacre was a lighting designer for various firms in Cleveland & Detroit. In January 1931 he returned to Roycroft copper shop working for Elbert Hubbard II. Victor Toothacre died in late 1931 making this chandelier one of his last major commissions. Reference: "Aurora's Architectural Heritage" 1973, pub. Aurora Historical Society Inc., pg. 46-47. 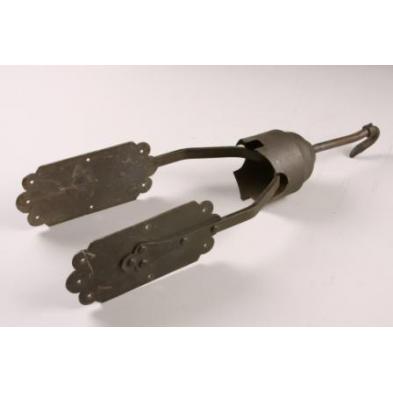 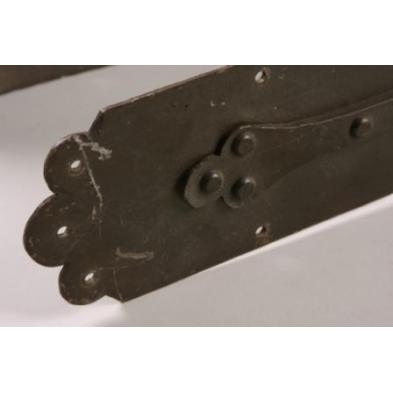 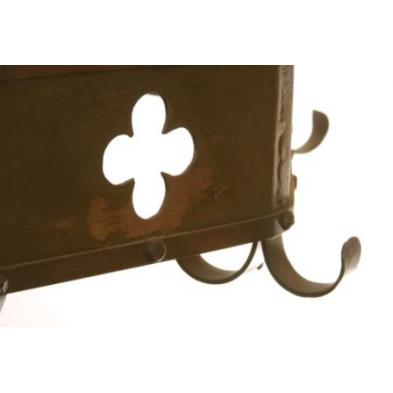 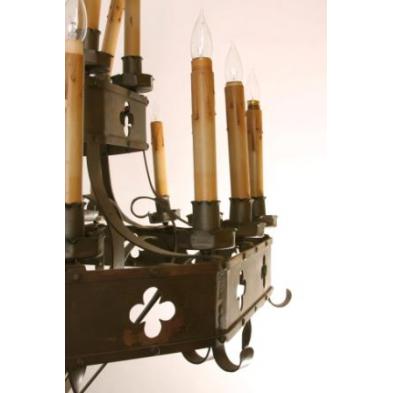 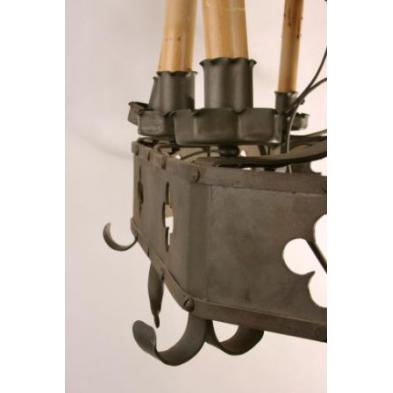 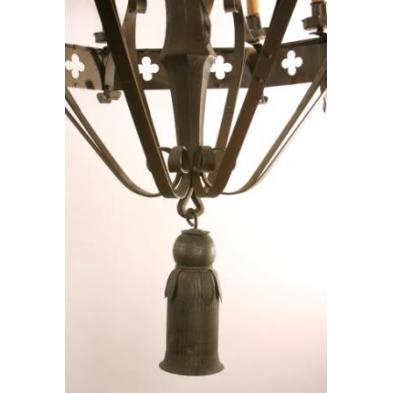 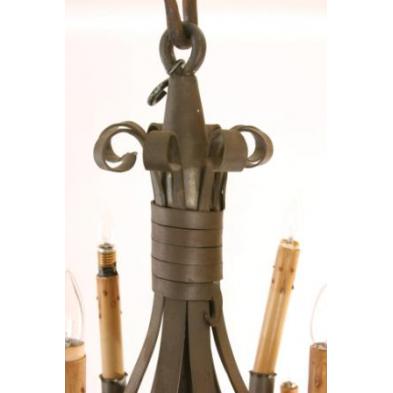 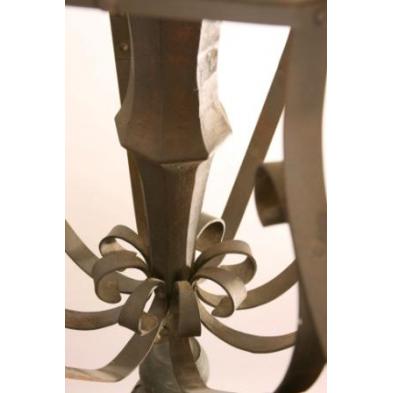