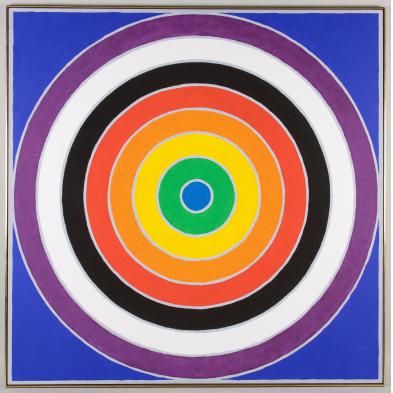 Lot 143
John McCracken (NY/CA, b. 1934), Mandala IV
Lot Details & Additional Photographs
Acrylic on canvas, signed and inscribed on the verso "Mandala IV (to Anne) / McCracken 1972," presented in the original gilt wood frame. A founder of West Coast Minimalism, McCracken has been an important figure in the California and New York art scenes since the 1960s. He received his BFA at the California College of Arts & Crafts in 1962 and later taught at the University of California in Irvine and Los Angeles, the School of Visual Arts in New York CIty, and Hunter College in NYC, and the University of Nevada. His works have been on view at the Whitney Museum, Los Angeles County Museum of Art, the Museum of Modern Art, the Chicago Art Institute. His paintings are also in the permanent collection of numerous public institutions. 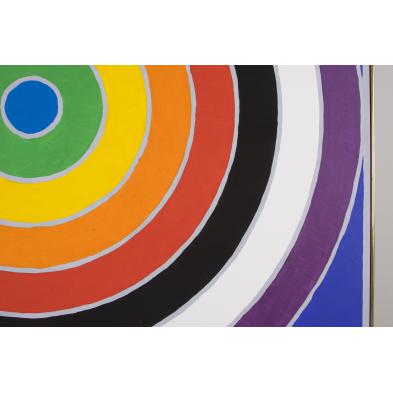 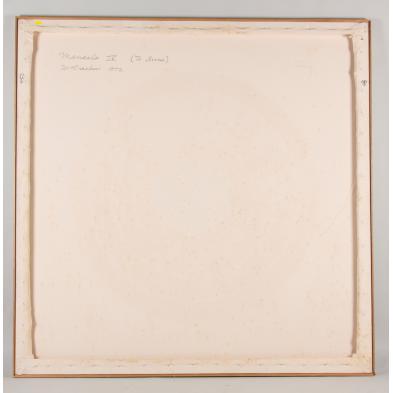 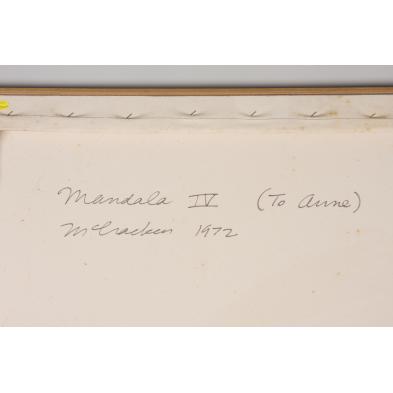