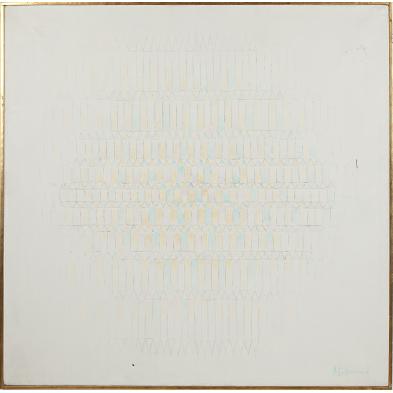 Minor abrasion; some slack in canvas; 1.5 in. tear to canvas at center right. 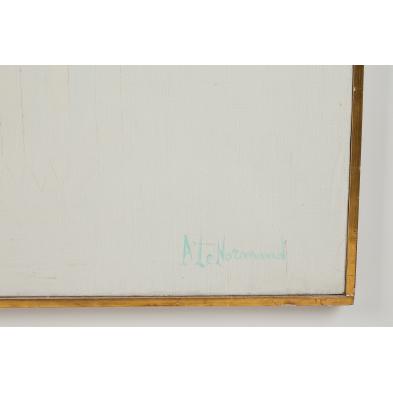 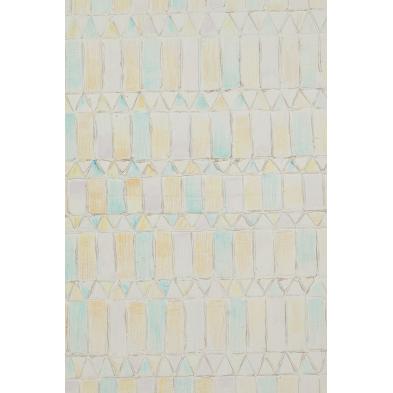 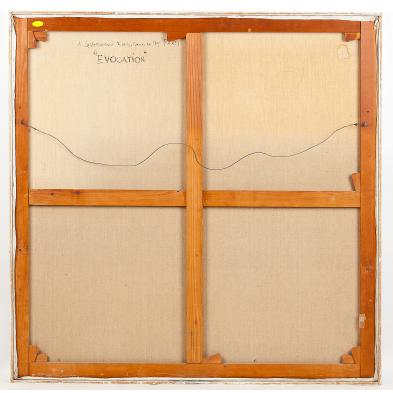