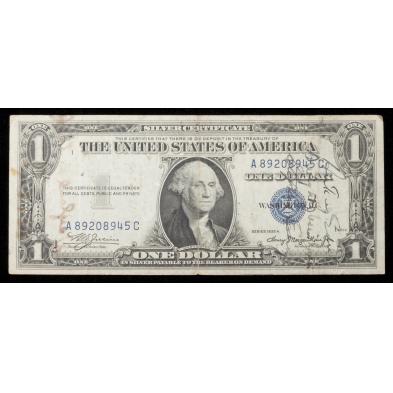 Lot 814
Important FDR Signed Casablanca Short Snorter
Lot Details & Additional Photographs
This Series 1935A $1 Silver Certificate was carried by Secret Service Agent Charles W. Fredericks on January 13, 1943 as he flew with President Roosevelt to the Casablanca Conference aboard a Boeing 314 Dixie Clipper. It was later signed by select attendees at the pivotal conference in which FDR and Winston Churchill would put forth a "Doctrine of Unconditional Surrender" as regards the Axis powers. This back of this significant note is inscribed "CASABLANCA / SHORT SNORTER FREDERICKS / Jan 13, 1943." and bears twenty-two (22) signatures. Among these, on the back, are those of Franklin D. Roosevelt with top advisers Harry Hopkins and Averell Harriman. Also, a likely Churchill signature - Winston's or Randolph's - is placed directly on the note's "pyramid." The front carries signatures of British Foreign Minister Anthony Eden, General Dwight D. Eisenhower and Stephen Early, FDR's Press Secretary. The note is preserved between two panes of glass in its likely original wooden frame.

From the estate of Secret Service Agent Charles W. Fredericks, FDR's bodyguard from 1942 until the president's death in1945.

During WWII it was customary for traveling companions to autograph one another's currency to create souvenirs of the journey. Signatories were also liable to stand for drinks in the future should they be unable to produce the note when asked to do so by a former comrade. The term "short snorter" referred to a small drink, of course. Every such signed bill is a treasured memento of the war by its participants and their descendants, however this one has far-reaching historical significance for us all. 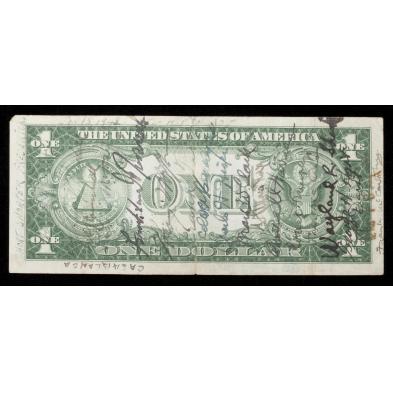 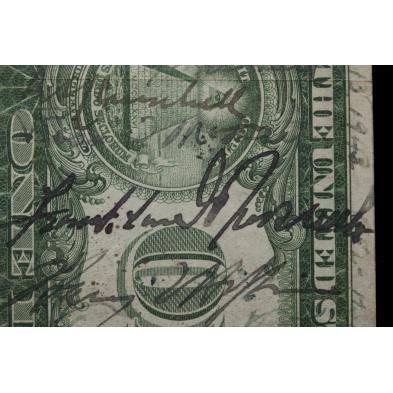 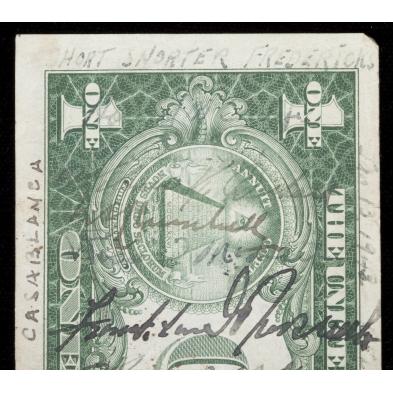