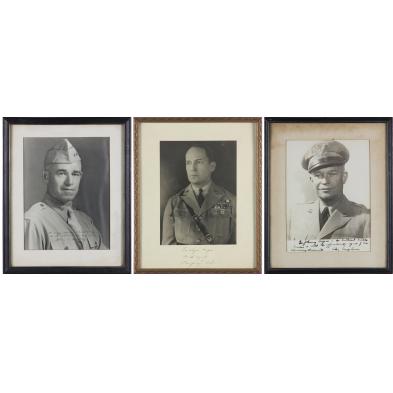 Lot 816
Eisenhower, MacArthur and Bradley Inscribed Photos
Lot Details & Additional Photographs
All presented to John B. Wogan, best known for commanding the 13th Armored Division during World War II. The images are as follows: The first, a pre-war General Douglas MacArthur photograph inscribed "To Major Wogan / With regard./ Douglas MacArthur," circa 1930, mat having Signal Corps blindstamp, the image presented in its original Art Deco gilt wooden frame (DOA 14.75 x 11.5 in.); the second, a General Dwight D. Eisenhower photograph inscribed "To Johnny Wogan - a brilliant battle leader - with the affectionate regard of his admiring classmate Ike Eisenhower," circa 1945, in original black wooden frame (DOA 13 x 10.75 in.); the third, a General Omar Bradley photograph inscribed "To Major General John B. Wogan with admiration and esteem. Omar N. Bradley," circa 1945, in original black wooden frame (15.25 x 12.5 in.).

Eisenhower and Bradley both graduated with Wogan from West Point in 1915. It is likely their portraits here were given to General Wogan sometime between his horrific wounding in April 1945 and his retirement in October 1946.

Some browning to the Eisenhower photo's mat, else fine condition overall. 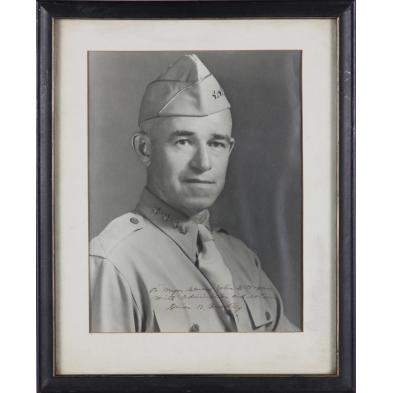 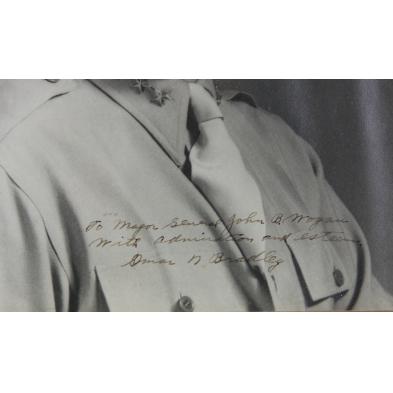 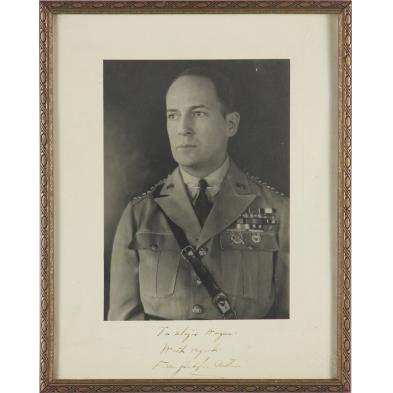 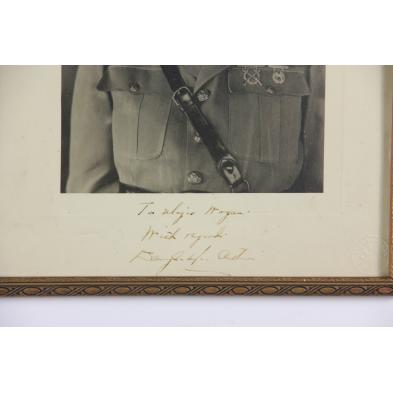 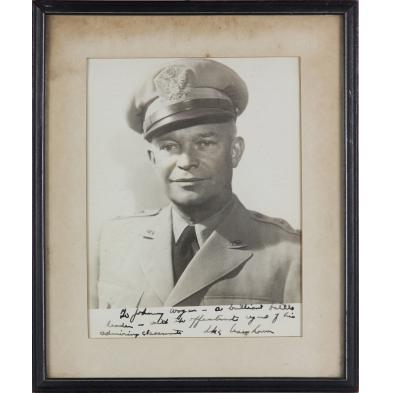 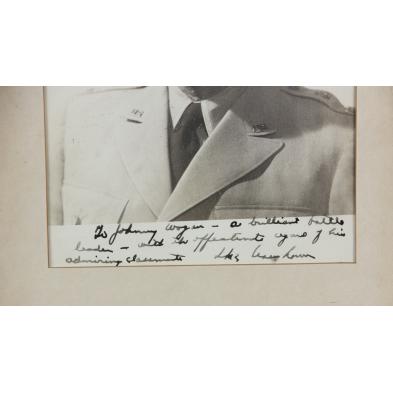