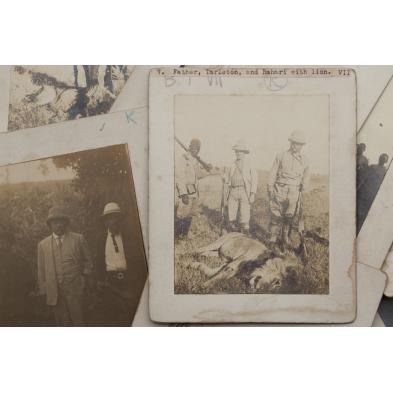 Lot 821
Theodore Roosevelt 1909 African Safari Photographs
Lot Details & Additional Photographs
Consisting of eight (8) documentary images taken in the field by the former president's son, Kermit, each a 3 x 4 in. print mounted to an overall 5.75 x 4.5 in., the mounts have manuscript identification numbers and are affixed with typed captions identifying the subjects. One photo shows"Father and Chief Priest of the Mission," whereas all of the other ones have Roosevelt posing with a big game kill, those here including a lion, a wart hog and two buffalo. Theodore Roosevelt set off for East Africa upon leaving the presidency and proceeded to "collect" hundreds of animal specimens for the Smithsonian. Heading an elaborate safari train, the former president spent nearly a year tramping through Africa's game lands and authored a two-volume record of his adventures upon returning home. Some of these images may appear in the books.

Fine condition with light soiling to the mounts. 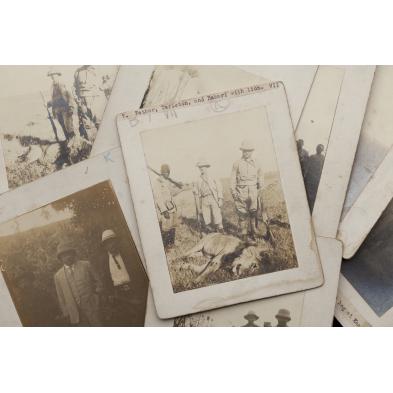 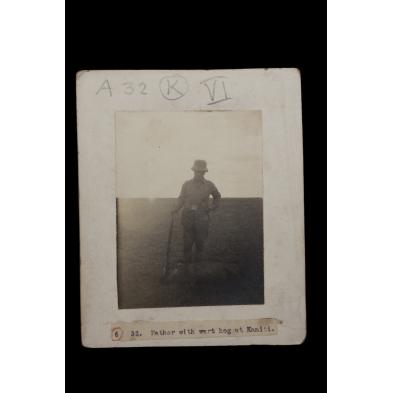 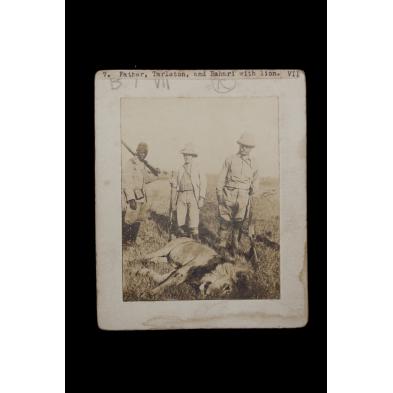 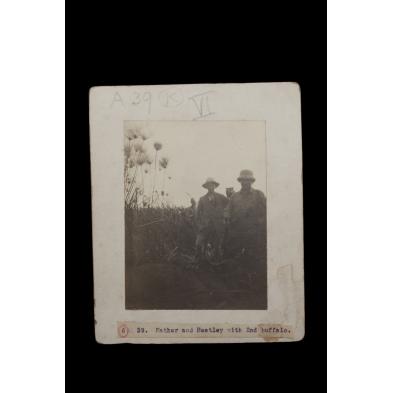 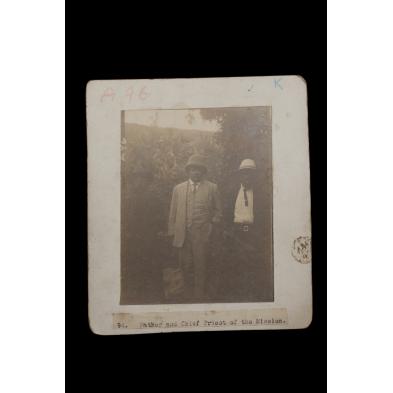 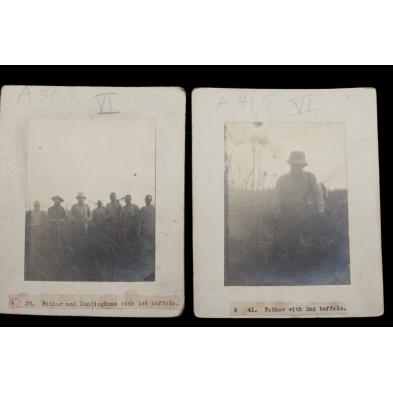 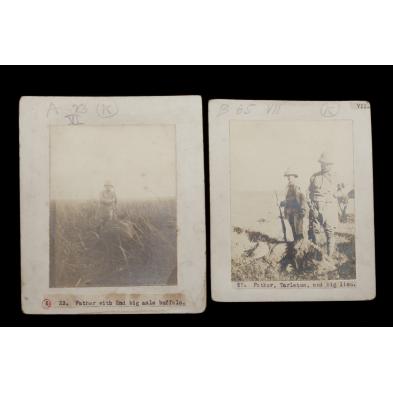