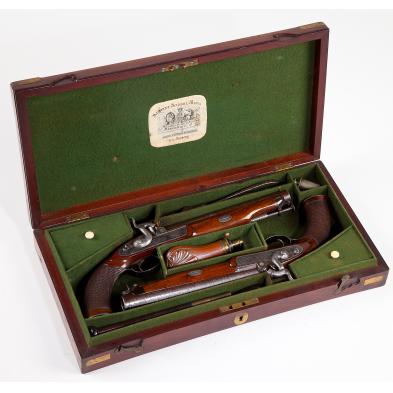 Lot 234
Cased Pair of English Presentation Grade Pistols
Lot Details & Additional Photographs
Custom made by Frederick Mares, circa 1860, percussion, 8.75 in. Damascus steel barrel with a nearly .75 in. bore, the top engraved ARMR SERGT MARES 16 LANCERS; walnut stock with checkered grip; blued steel furniture, the lockplate reading MARES; an owner's escutcheon plate behind the tang is initialed W. T. D.; integral swivel ramrod. The pistols are presented in a compartmentalized mahogany case with brass mounts, including an inlaid medallion on the lid that reads "CAPT. / W. T. Dickson / 16th QUEEN'S LANCERS." The interior has a label for Mares. Accessories accompanying the weapons are gun cleaning tools, a bullet mold, powder flask, balls and caps. Armourer Sergeant Frederick Mares served in the 16th Lancers between 1839 and 1856, during which time his regiment saw action in India. He retired to Dublin and engaged in gun-making. The owner of these pistols, Captain William Dickson of the16th, is mentioned in the "London Gazette" of May 20, 1864 as having been made a brevet Colonel in January of that year. It is unknown whether Mares and Dickson served together.

Private Collection of a Gentleman from North Carolina

Crisp working action; much of the original bluing is intact; a few insignificant dings to the stock; scratches and splits to the case. A fine pair of unique and historically significant weapons. 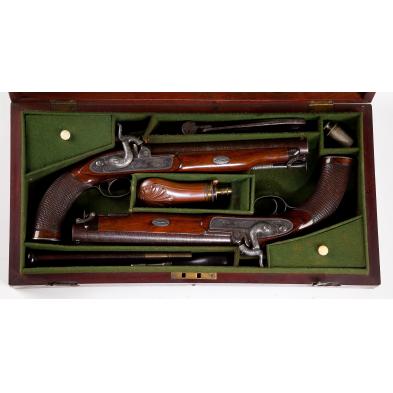 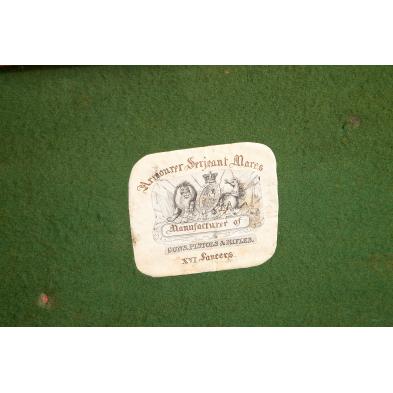 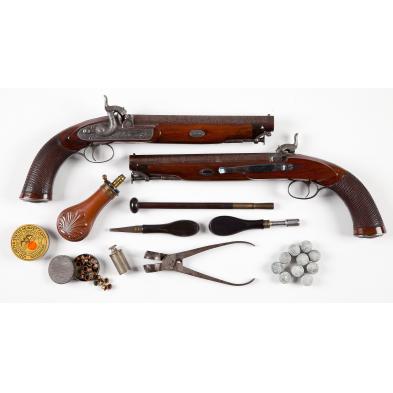 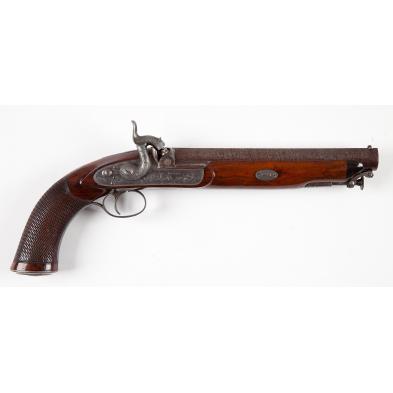 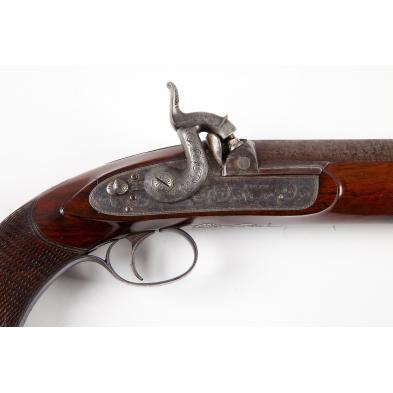 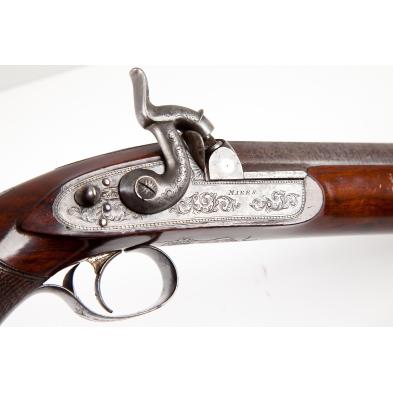 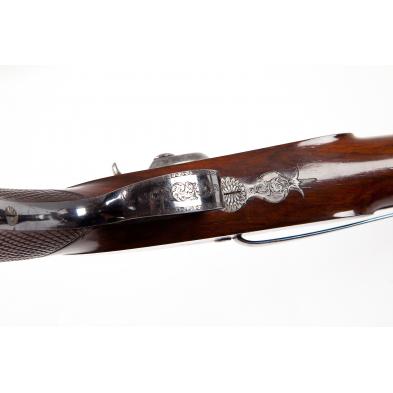 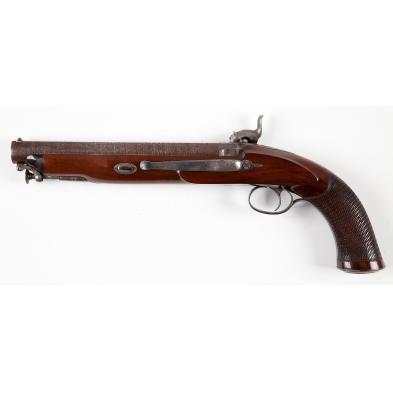 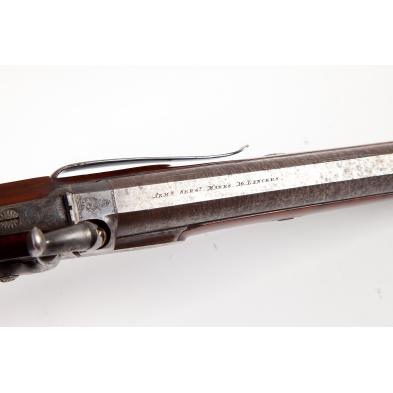 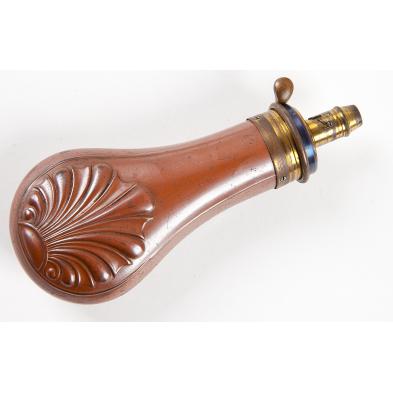 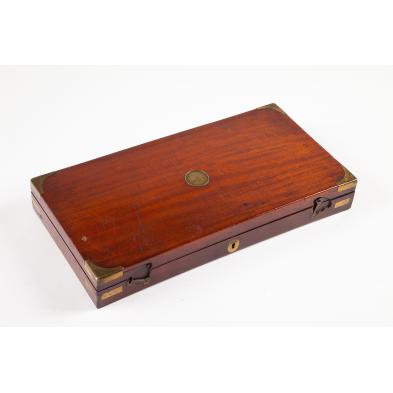 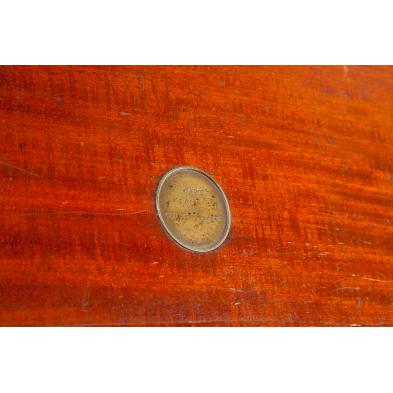