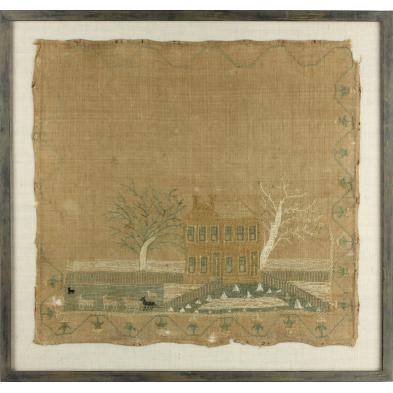 Lot 1
Sampler Attributed to Edenton, North Carolina
Lot Details & Additional Photographs
Colored thread on linen, unfinished scene of a two story house with fenced yard and goats, verso with Edenton Furniture Company framing label and pencil inscription "Made by Margaret Manning sister of old cousin Rosa (?) Betsy has the one she made with date." Research reveals a Margaret Manning (1815-862) living in Edenton, NC. It is likely the maker of this sampler is the same Margaret Manning listed in the 1840 US Federal Cenus as Margard Manning living in Edenton, Chowan County, NC. The NC Marriage Collection 1741 - 2004 documents the marriage of Margaret Manning to Henry Bond on December 31, 1840 in Chowan County. She is buried in Saint Paul's Episcopal Church in Edenton, NC.

The house depicted in this work is most likely Mulberry Hill Plantation, located on the Albemarle Sound outside of Edenton, and established by Captain James Blount (1634-1686). While further research is needed, the likely connection of the sampler maker to Mulberry Hill is in the marriage of William Augustus Blount, Jr. to Mary Bond Washington. A descendant of Captain Blount, William was the son of General William Augustus Blount (1792-1867) and Nancy Hawkins Haywood (1796-1825). 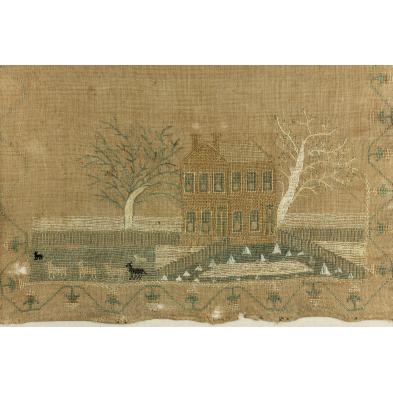 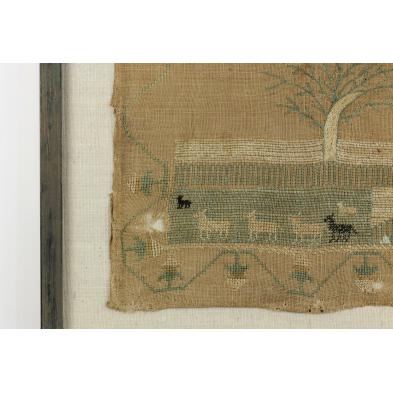 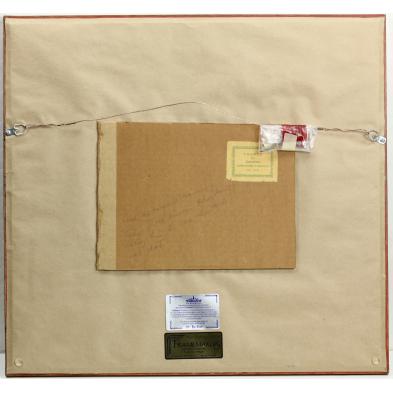 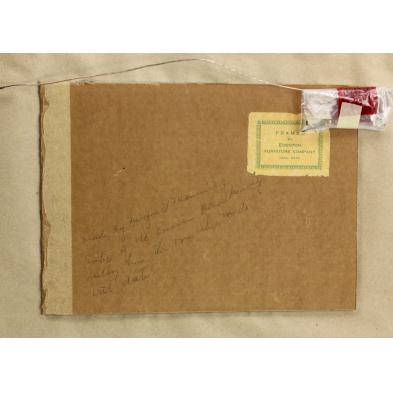