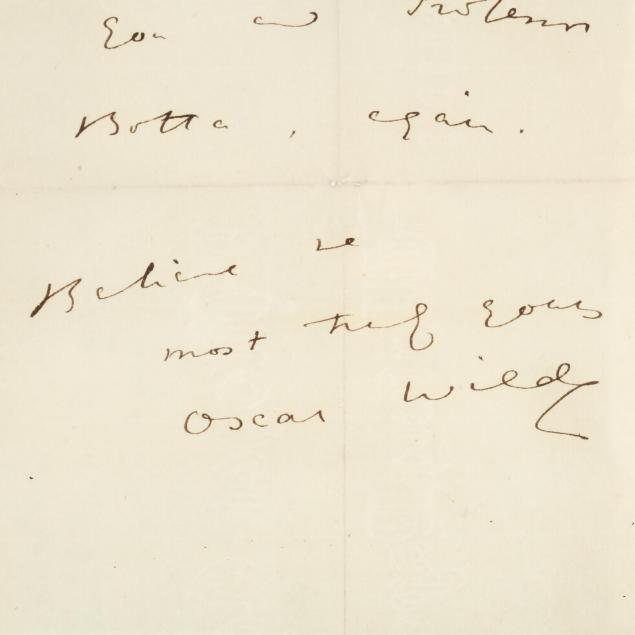 Lot 463
Oscar Wilde Autograph Letter Signed During His 1882 American Lecture Tour
Lot Details & Additional Photographs
4 pages, small quarto, in New York to Anne Lynch Botta, also in New York, reading,"Grand Hotel. May, 11. Dear Mrs. Botta, I regret so much that I am unable to accept your most kind invitation for Wednesday but, I go to Canada tomorrow. I rarely can stay in any city long, but am become a sort of civilized vagrant, an artistic tramp, wandering over the wide unfinished world, my only reward being that I have learned the minor virtues, such as punctuality and getting up early; but they after all are unattractive. When I return however I hope to have the pleasure of seeing you and Professor Botta again. Believe me most truly yours Oscar Wilde."

Presented in a two-sided wooden frame.

By descent from the consignor's great-grandfather Thomas Lynch, a prominent Gilded Age industrialist in Pennsylvania. As president of H. C. Frick Coke Co. and as a director of the powerful U. S. Steel Corporation, Mr. Lynch came to be closely associated with industrial giants such as Andrew Carnegie and Andrew Mellon. The Lynch mansion in Greensburg, Pennsylvania was a monument to its owner's tremendous success. Completed in 1907, the home was especially renowned for its custom stained glass windows created by Louis Comfort Tiffany.

The recipient of this letter, Anne Lynch Botta (1815-1891), was a poet and writer who encouraged creative luminaries to grace her salon when they visited New York City. That she would have extended an invitation to the flamboyant Oscar Wilde is hardly surprising.

Fold creases and age toning; the writing still quite bold. 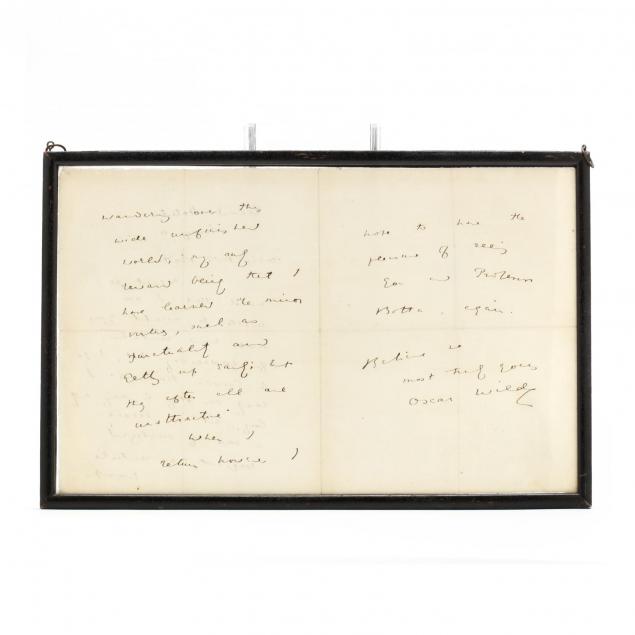 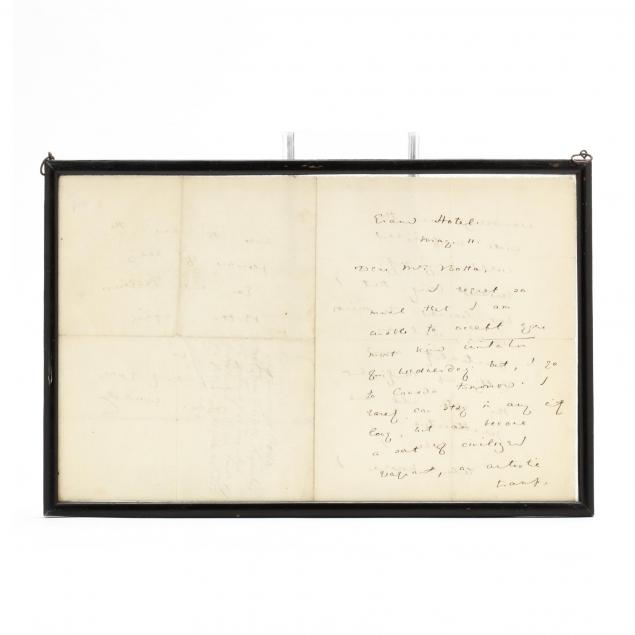