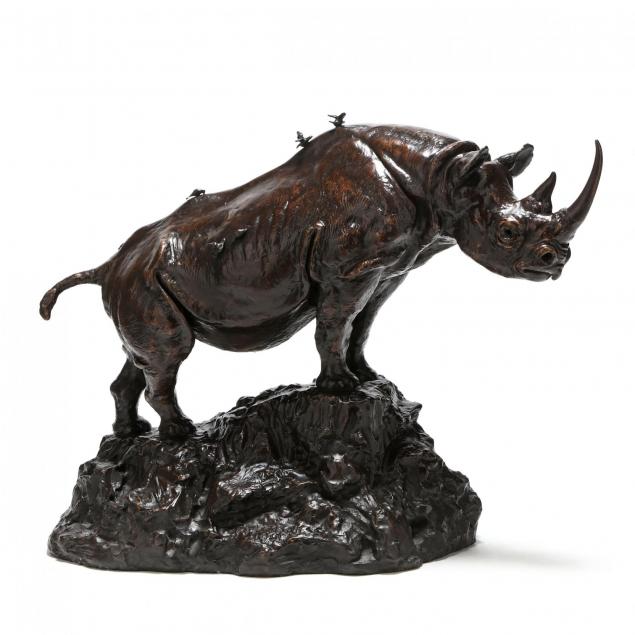 From the Collection of Mr. & Mrs. Carr, Durham, NC

An imposing cast of this monumental bronze greets visitors entering the front hall of Sagamore Hill, Theodore Roosevelt's "Summer White House" in Oyster Bay, New York. Legend has it that Mr. Roosevelt habitually used the rhino's protruding horn as a hat rack. The National Park Service, however, claims that First Lady Edith Roosevelt would deposit her hat on the horn. Perhaps, like most other parking places, the sculpture was used on a first come basis by all parties in the household.

In addition to the Sagamore Hill example, bronze castings of the rhinoceros reside in the National Museum of Wildlife Art, Jackson Hole, Wyoming and at the Explorers Club, New York City.

The sculptor, James L. Clark, applied abundant artistic talent and mechanical aptitude to training received at the Rhode Island School of Design, the Gorham Silver Company, and the American Museum of Natural History. His dedication to excellence brought about the creation of a bronze so vigorous that Theodore Roosevelt chose it as the focal point of his home. A wildlife artist's skill could receive no finer testimonial for the ages. 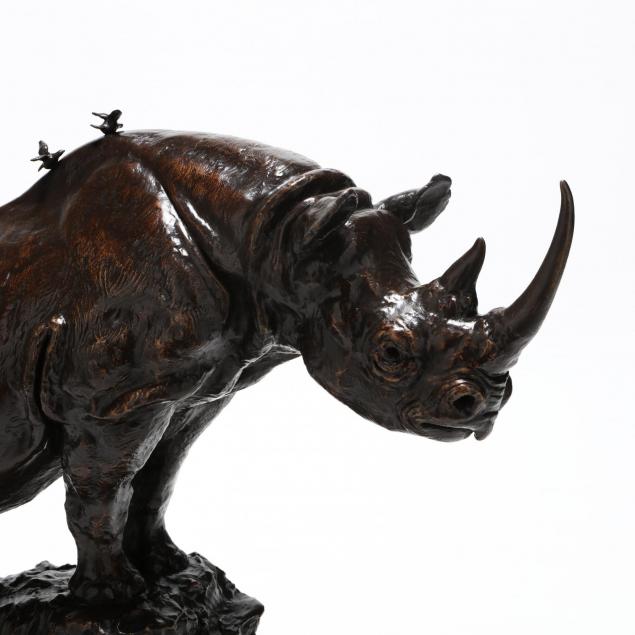 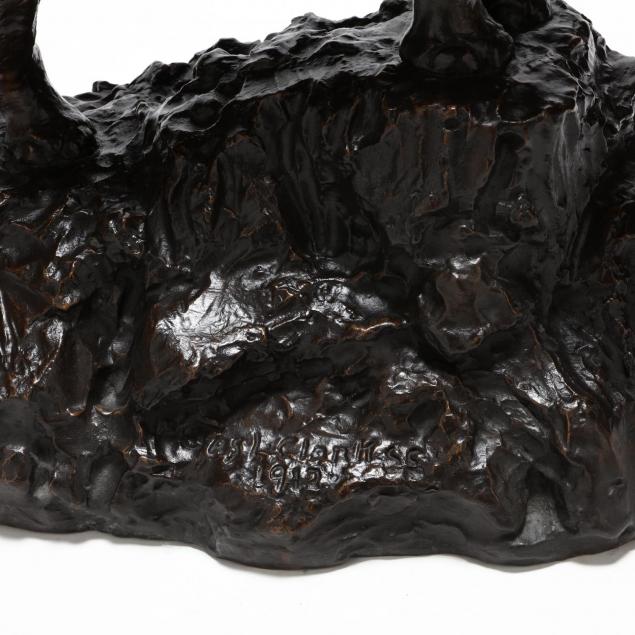 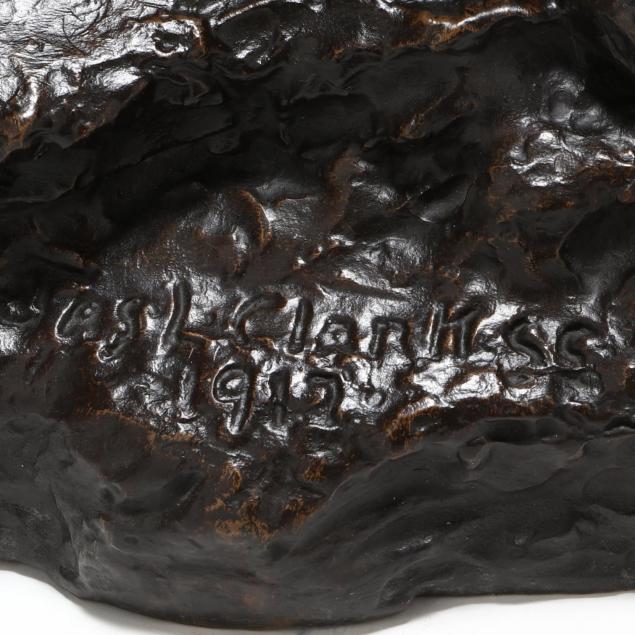 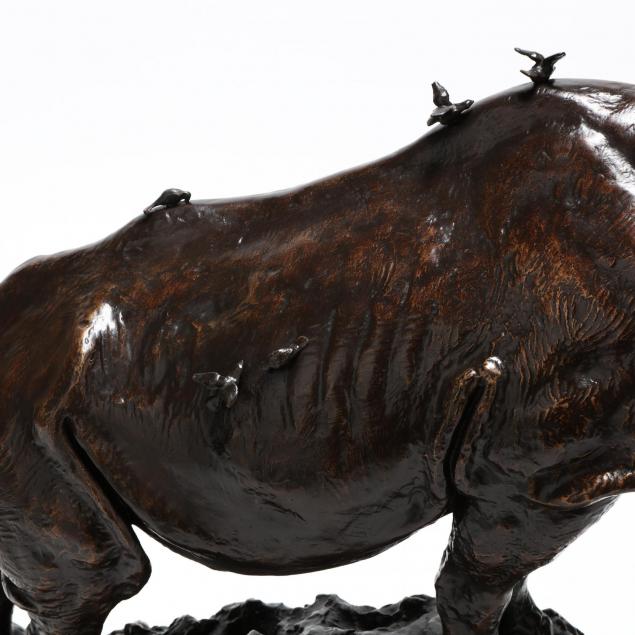 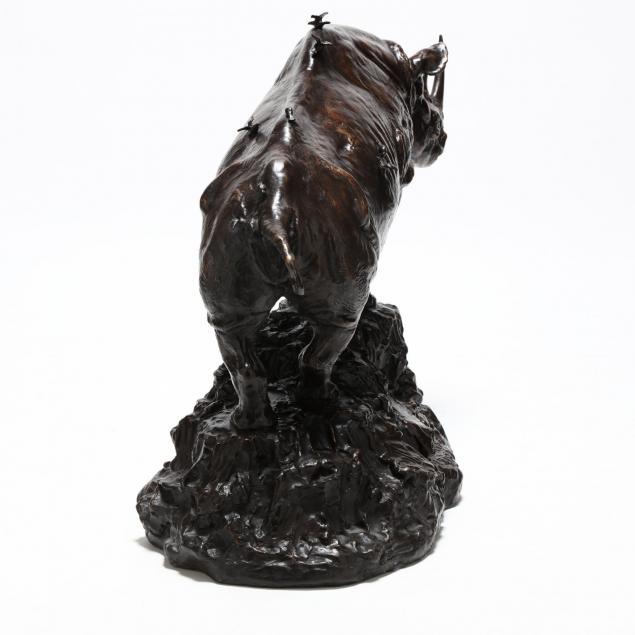 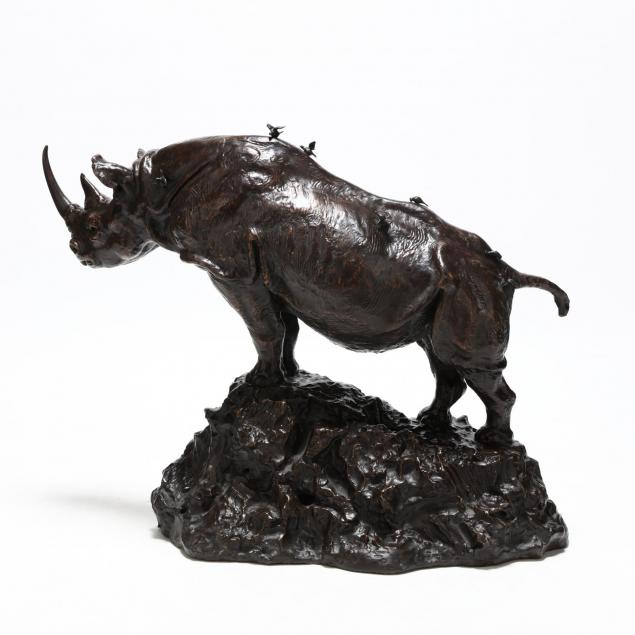 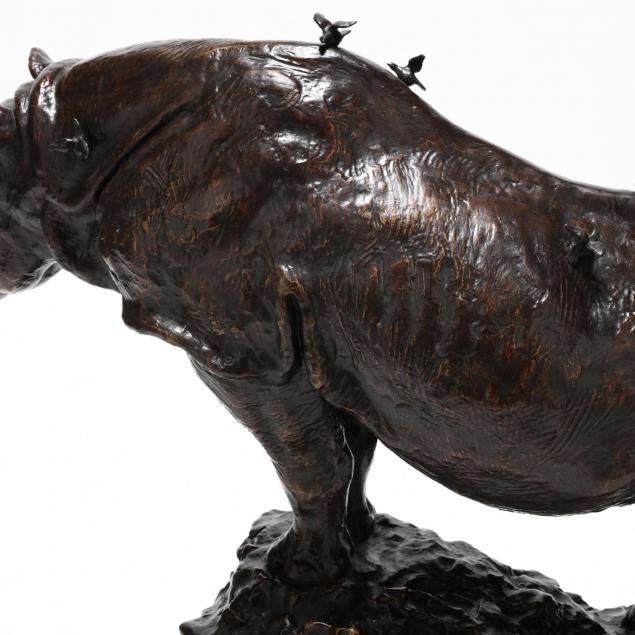