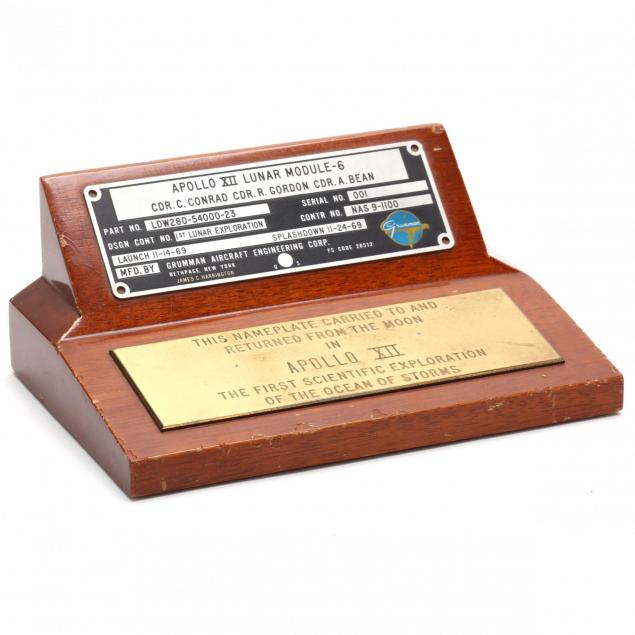 Lot 375
The Fourth Known Apollo 12 Lunar Module Intrepid Identification Plate
Lot Details & Additional Photographs
Owned by the late Jim Harrington, a Grumman Aerospace Corporation operations engineer on the Lunar Module Program. This enigmatic 1.75 x 5.25 in. flown metal plate is identical in every respect to the three known souvenir plates presented to Intrepid crew members Charles Conrad, Dick Gordon and Alan Bean, however this example is engraved "James C. Harrington" inconspicuously on its lower left corner. Unlike the astronauts' plates, which are mounted to wall plaques, Harrington's is affixed to a custom wooden desk stand over an engraved brass plate reading, "THIS NAMEPLATE CARRIED TO AND/ RETURNED FROM THE MOON/ IN/ APOLLO XII/ THE FIRST SCIENTIFIC EXPLORATION OF THE OCEAN OF STORMS." Is it possible that Grumman formally presented this Lunar Module plate to Harrington for his contributions to the project? Did other key Grumman employees receive a plate as well? Perhaps the appearance of this example will inspire research that might answer these questions.

From the personal collection of the late James (Jim) C. Harrington, an operations engineer with Grumman Aerospace Corporation who worked on the Lunar Module for NASA's Apollo Program and who later served as NASA Spacelab Division Director

Included with this lot is a photoprint transcript of a partial in-flight communication from Alan Bean in which he gratefully identifies Jim Harrington as a top contributor to the Apollo 12 Mission's success.

Allover crazing and some losses to the stand's finish; minor rubbing to the Grumman logo; light scratches and stains to the brass plate. 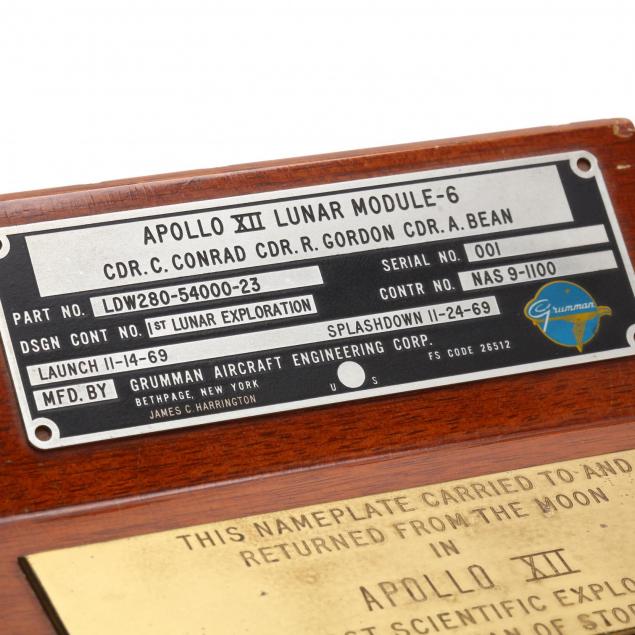 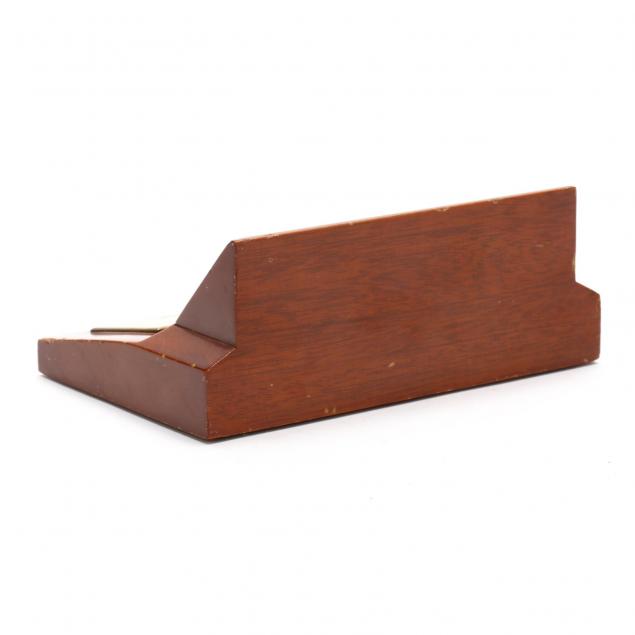 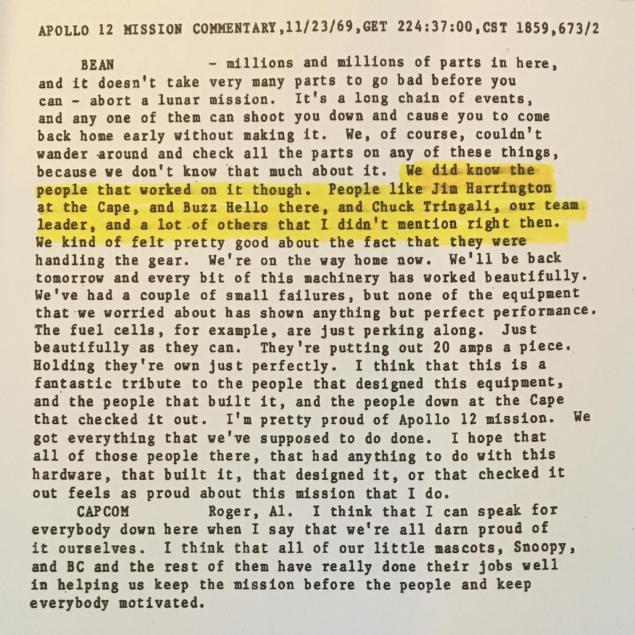