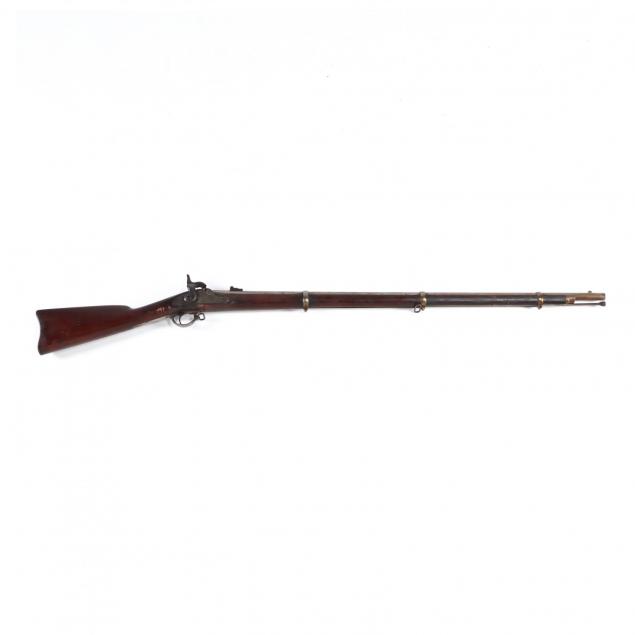 Lot 394
Unusual and Storied Remington Civil War Era Muzzleloading Rifle
Lot Details & Additional Photographs
.58 caliber, percussion, 40 in. barrel with VP and eagle proofs below an unidentified mark and "25", dated 1865 at breech and behind hammer on lockplate stamped REMINGTON / ILION, N.Y., walnut stock with faint inspector's cartouche, the furniture appears to be silvered brass, the buttplate stamped US while the barrel bands each have a "U," complete with tulip head ramrod. This variant of Remington's Model 1863 "Zouave" rifle lacks the patchbox and plain brass furniture.

From the Collection of the late Bartlett H. Chappell, New York City

Mr. Chappell, as a young Remington employee during the early 20th century, participated in an automobile trade show gimmick that involved a Remington typewriter, a Remington gun (this one), and a Remington animal trap. Chappell was charged to "shoot" car dealers who would not sign contracts to sell Remington Motor Company products. The photocopied story of Chappell's involvement in this odd sales pitch is included here along with two manuscript 1890s letters introducing Chappell that were penned by Eliphalet Remington III, son of the company's founder Eliphalet Remington, Jr. Rounding off the group is a collection of Ilion, NY postcards and a 1915 letter from Eliphalet Remington in which he repays a small debt owed to Bartlett Chappell.

Scratches and dings to the stock from use; age patina to metallic elements; the action works beautifully; two areas of spilled brown paint on the shoulder; overall good condition with minor blemishes. 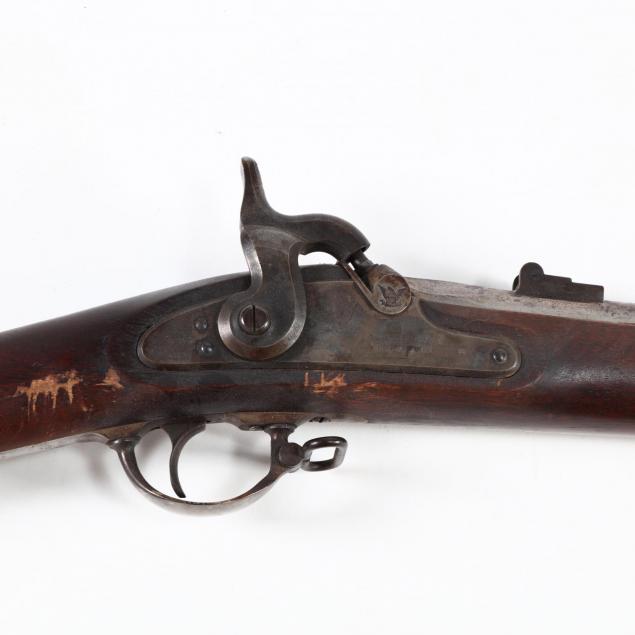 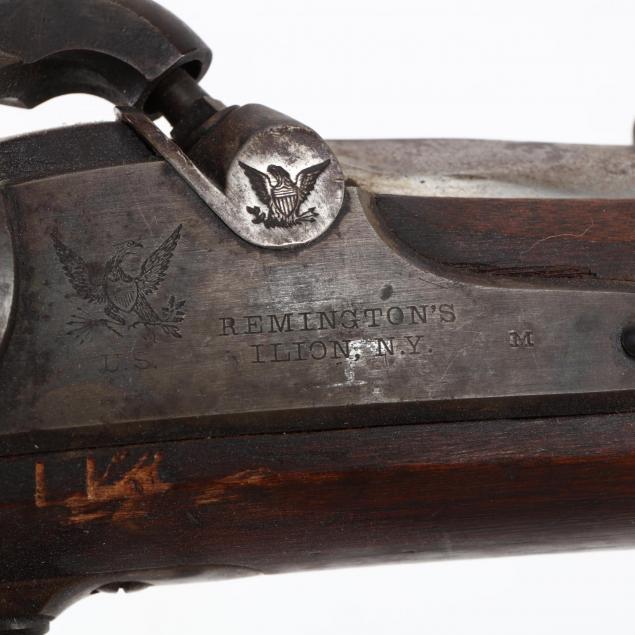 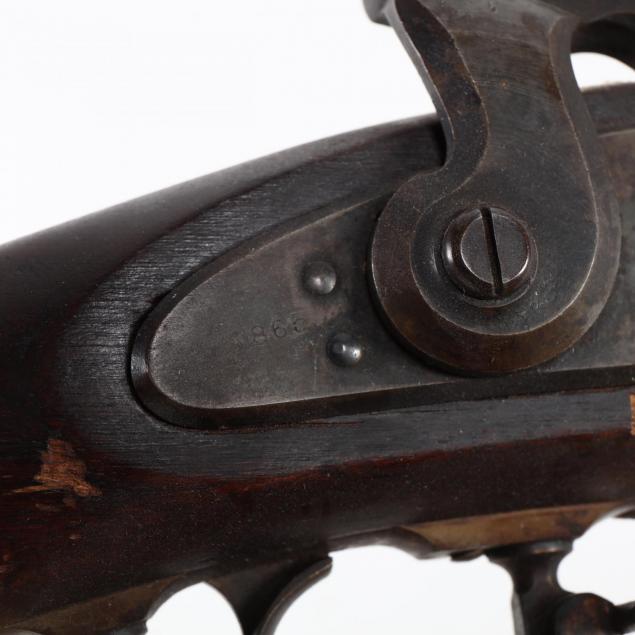 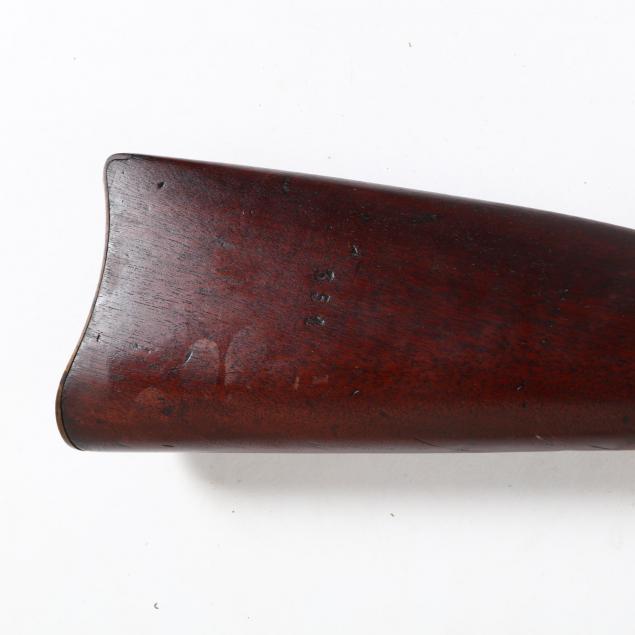 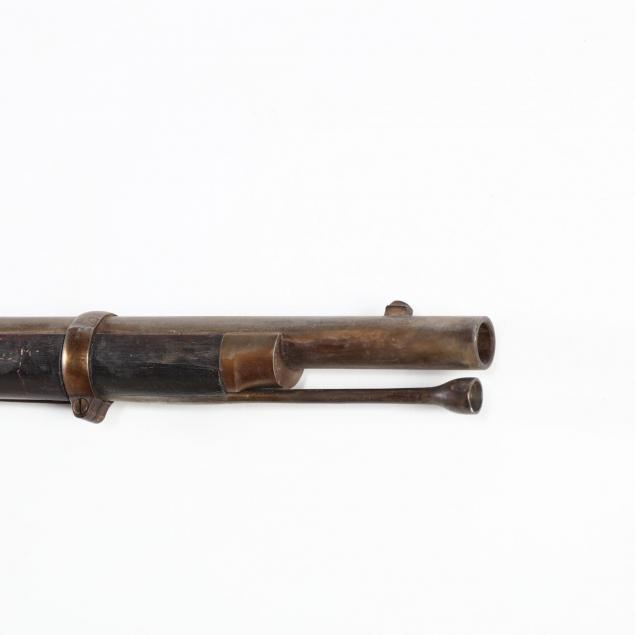 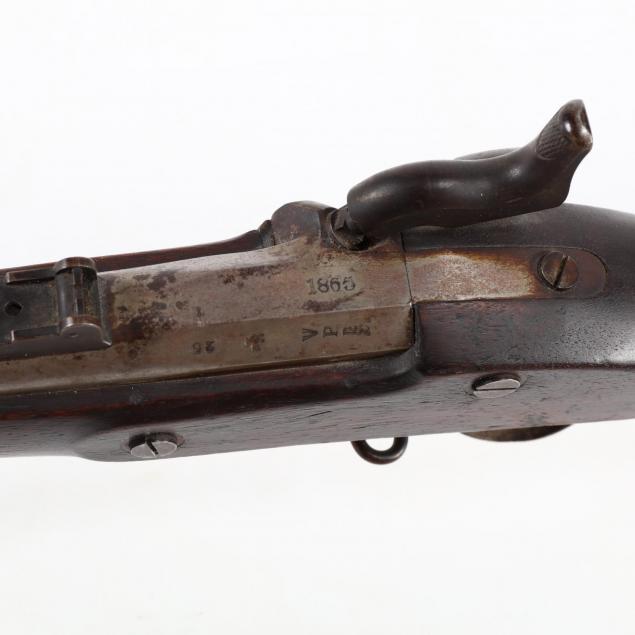 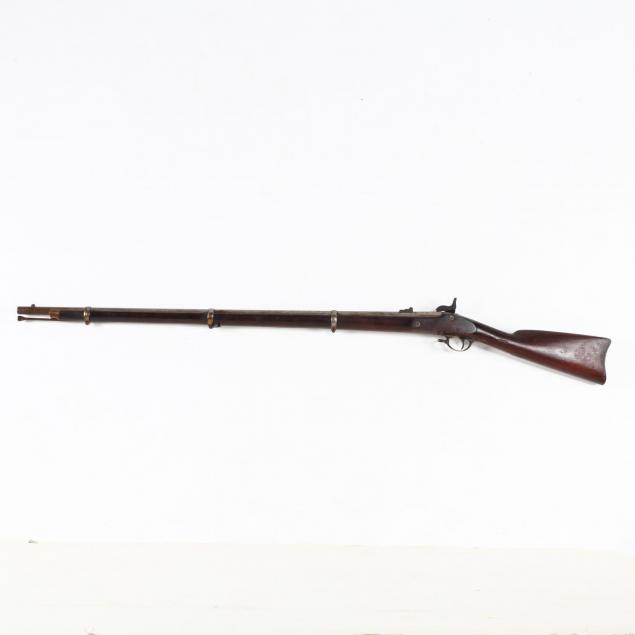 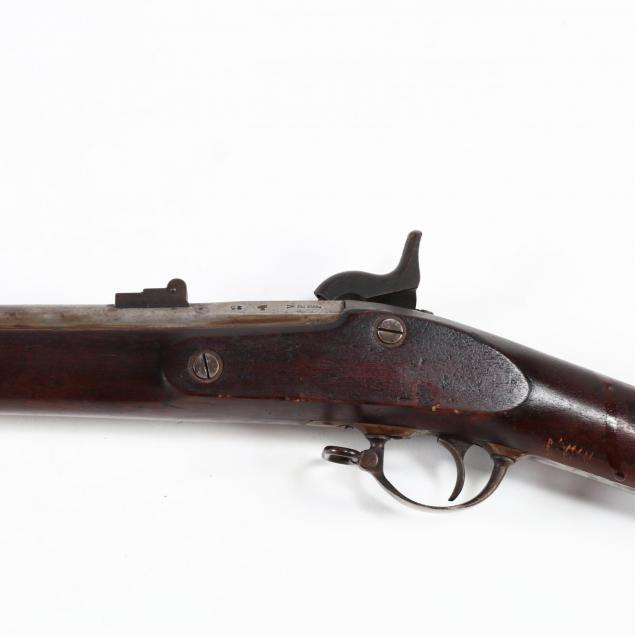 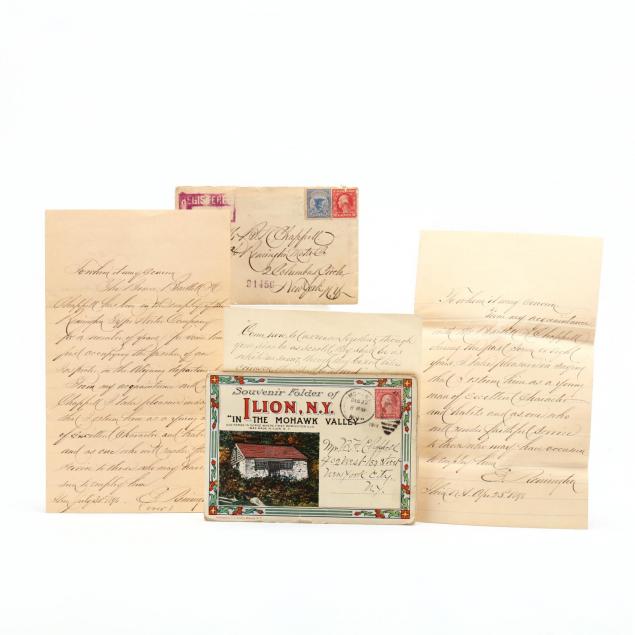 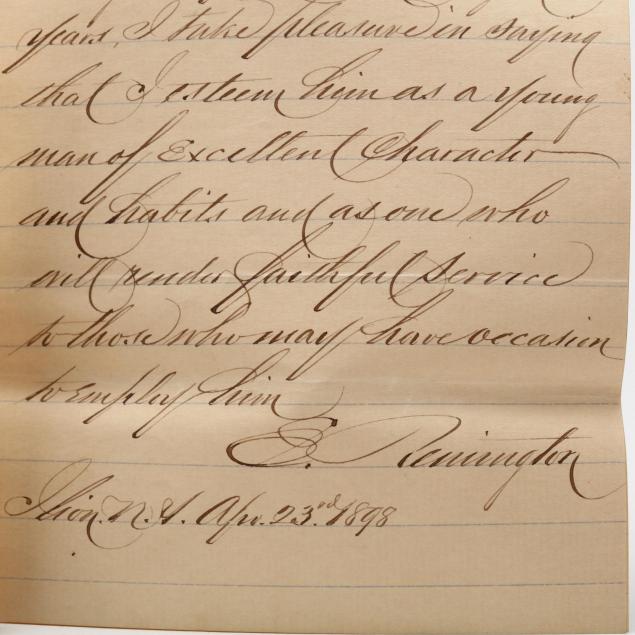 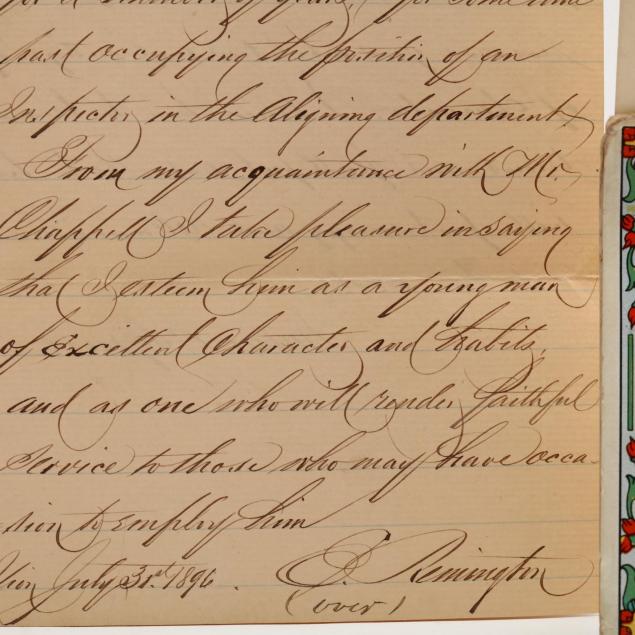