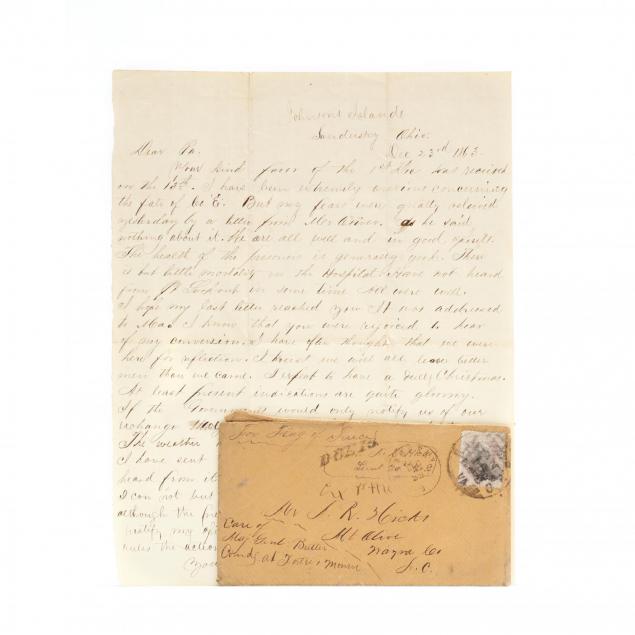 Lot 390
Confederate POW Captured at Gettysburg Writes Home to North Carolina
Lot Details & Additional Photographs
Officer's Autograph Letter Signed A. D. Hicks, Johnson's Island, Sandusky, Ohio, December 23, 1863, to S. R. Hicks, Mt. Olive, North Carolina, one page, quarto, reading, in full: Dear Pa, Your kind favor of the 1st Dec was received on the 12th. I have been extremely anxious concerning the fate of Co. “E.” But my fears were greatly relieved yesterday by a letter from Mr. Oliver. As he said nothing about it. We are all well and in good spirits. The health of the prisoners is generally good. There is but little mortality in the Hospital. Have not heard from Pt. Lookout in some time. All were well. I hope my last letter reached you. It was addressed to Ma. I know that you were rejoiced to hear of my conversion. I have often thought that we were here for reflection. I trust we will all leave better men than we came. I expect to have a dull Christmas. At least present indications are quite gloomy. If the government would only notify us of ur exchange we would spend a joyful Christmas. The weather has been very bitter for the last week. I have sent the order forward but have not yet heard from it. We have seen the President’s message. I can not but believe that we will leave for Dixie soon although the present appearance of things don’t at all justify my opinion. We can only trust to Him who rules the actions of men for our deliverance. Your affectionate son, A. D. Hicks. The letter retains its original "Flag of Truce" postal cover which carries a 3¢ federal #65 stamp, a Sandusky, OH cds, a Richmond, VA cds (tying the stamp), and a Confederate "DUE 10" handstamp.

Augustus Doanne Hicks, Sr. (1842-1919) of Mt. Olive enlisted as a sergeant in Co. "E," 20th North Carolina Infantry on April 28, 1861. Exactly one year later he was commissioned a 1st Lieutenant, staying with his company. Lt. Hicks was captured at Gettysburg on July 1, 1863 and sent to the officer's POW camp on Johnson's Island in Lake Erie. He would not emerge from captivity until exchanged less than three weeks before the surrender at Appomattox. After the war Hicks settled in Faison, NC and went on to marry. Twice.

The letter with two small marginal splits along fold lines, else fine condition; the cover with light soiling, edge wear. 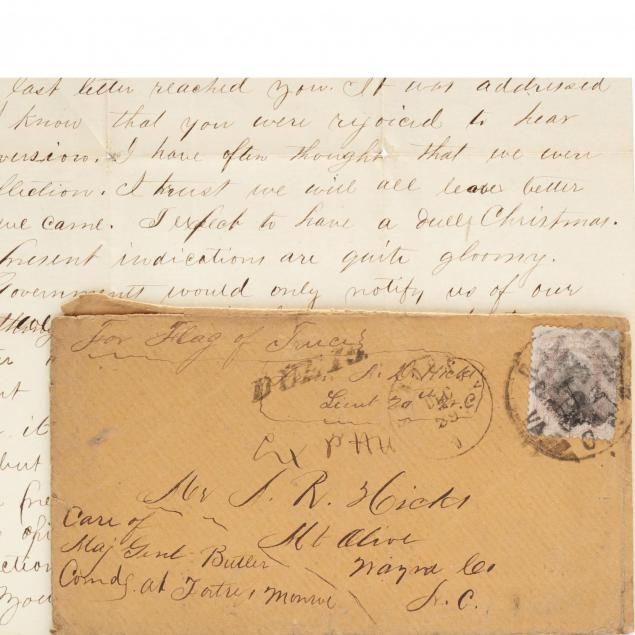 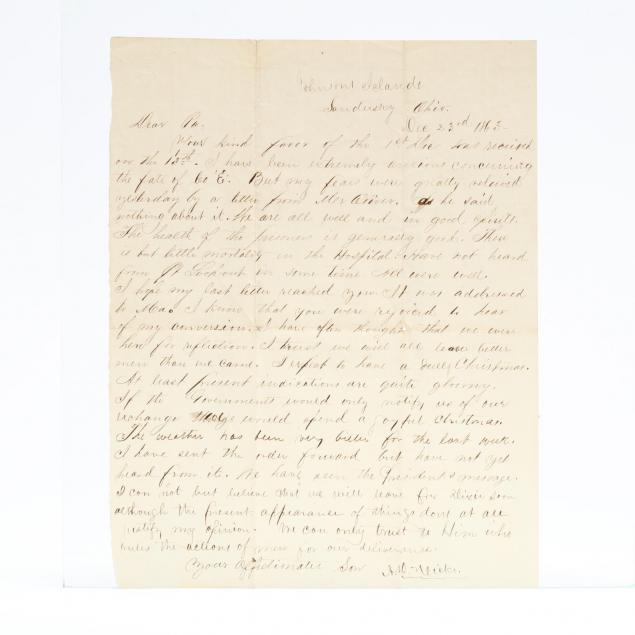 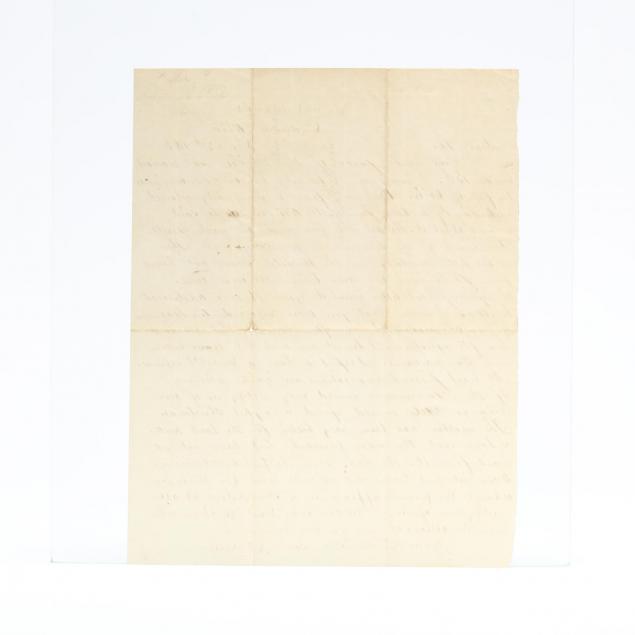