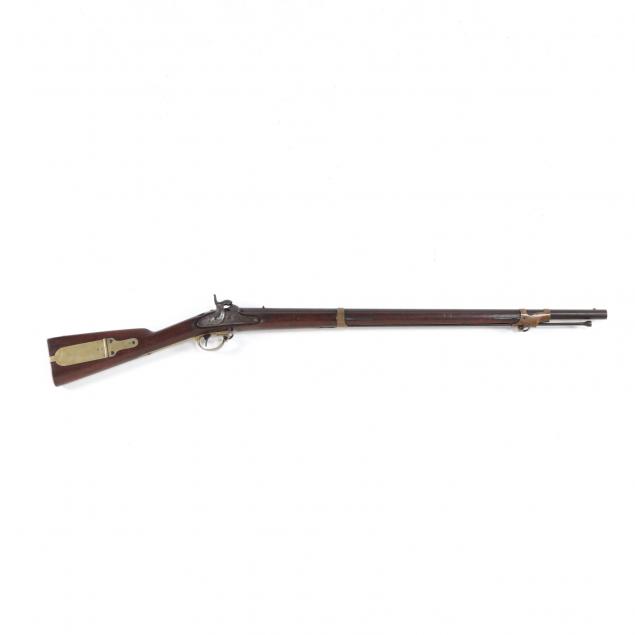 From a Private North Carolina Collection

The Model 1841 U. S. rifle became popularly known as the "Mississippi" rifle during the Mexican War when troops from that state used the weapon to great effect.

Working action; corroded iron surfaces at breech and nipple from heavy use; wear to lockplate markings; very old thumbnail-sized area of loss to the stock behind the hammer; crudely incised initials on the patchbox; original surfaces and attractive; good condition overall. 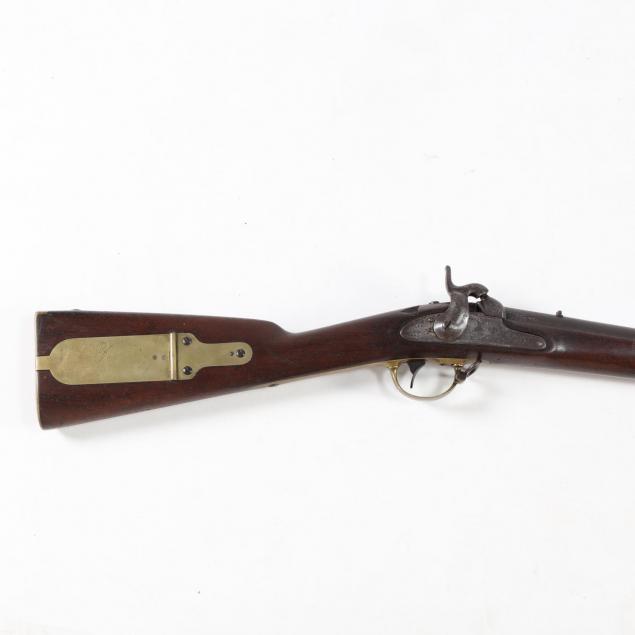 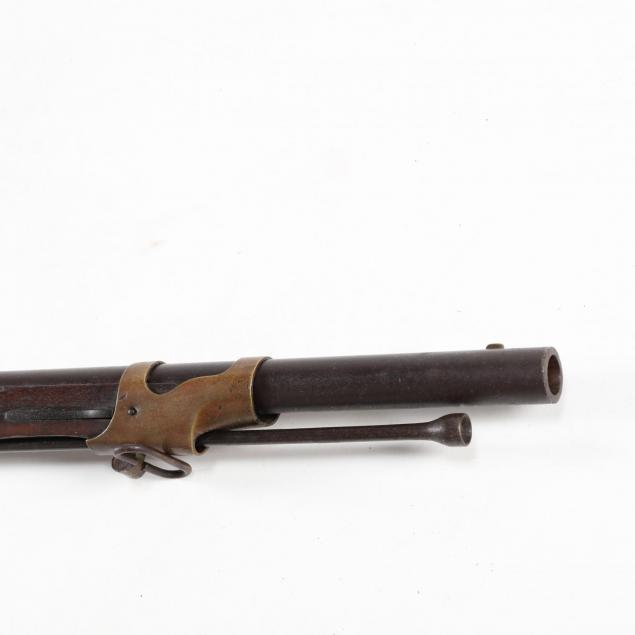 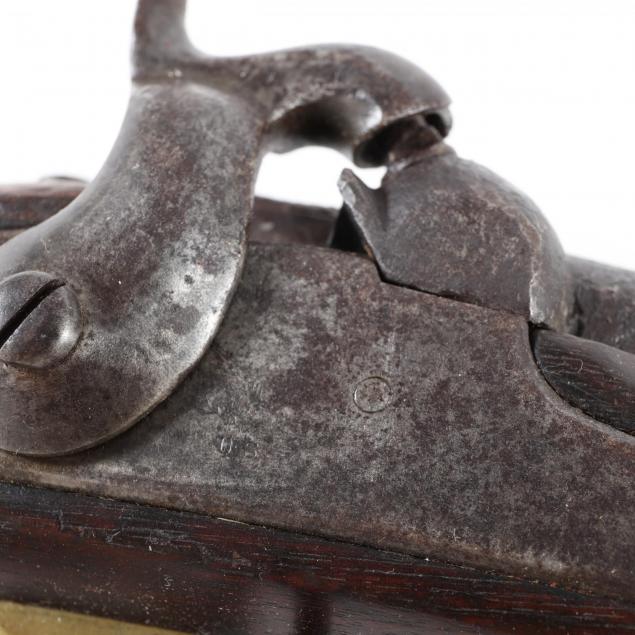 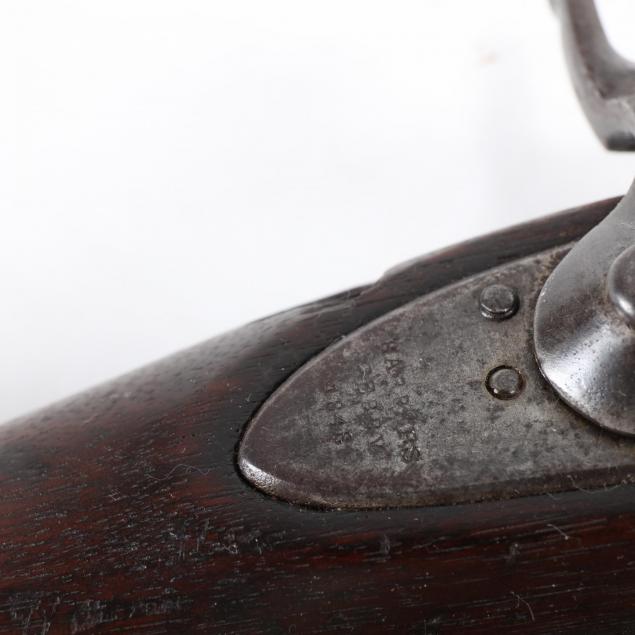 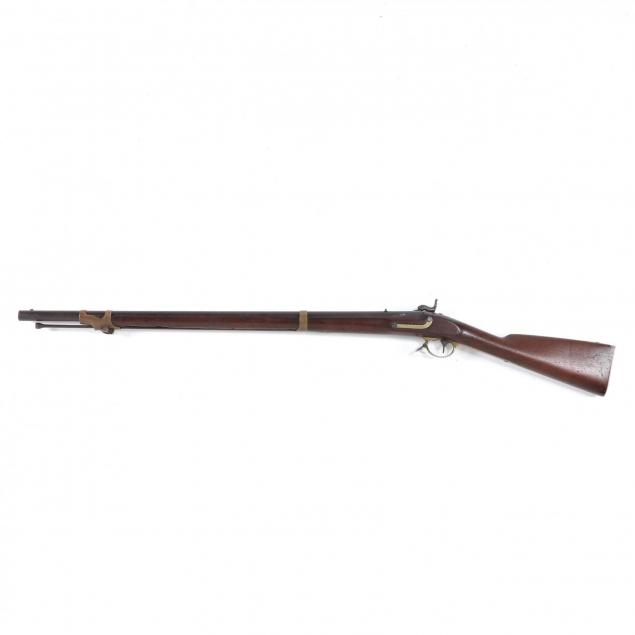 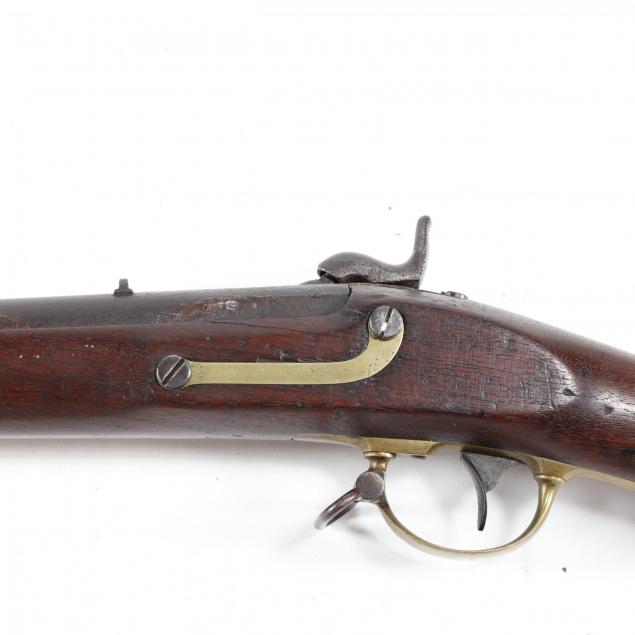