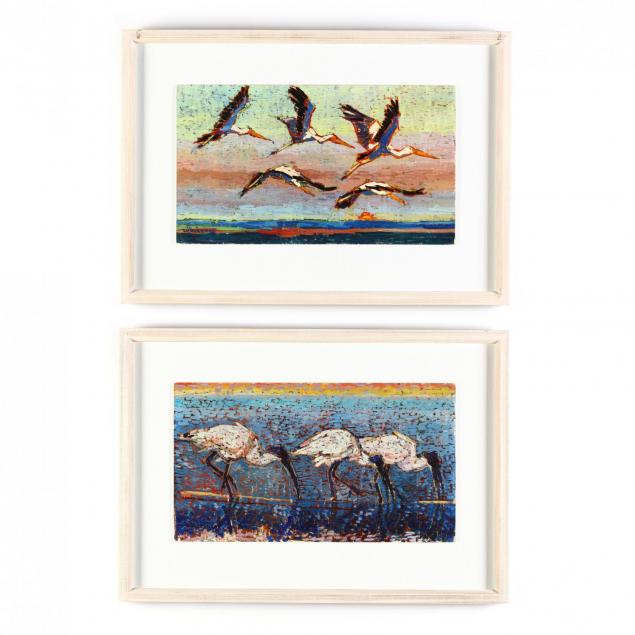 Lot 317
Mieczysław Lurczyński (Polish/French, 1907-1992), Two Paintings
Lot Details & Additional Photographs
Oil on board, each signed at lower left, both paintings depicting waterbirds - in flight and foraging along the shore, each mounted and presented under glass in a later frame.

Born in St. Petersburg to middle-class Polish parents, Lurczyński established himself in inter-war Poland as a painter and a poet. He was arrested in 1943 and sent to Majdanek and Buchenwald Concentration Camps. He moved to Paris in 1949, achieving success with his art. He traveled extensively throughout Algeria, Morocco, and Spain, drawing much inspiration from the saturation of color and light which he incorporated in his paintings.

Minor rubbing to edges of boards; one frame with two "dents" to top edge. 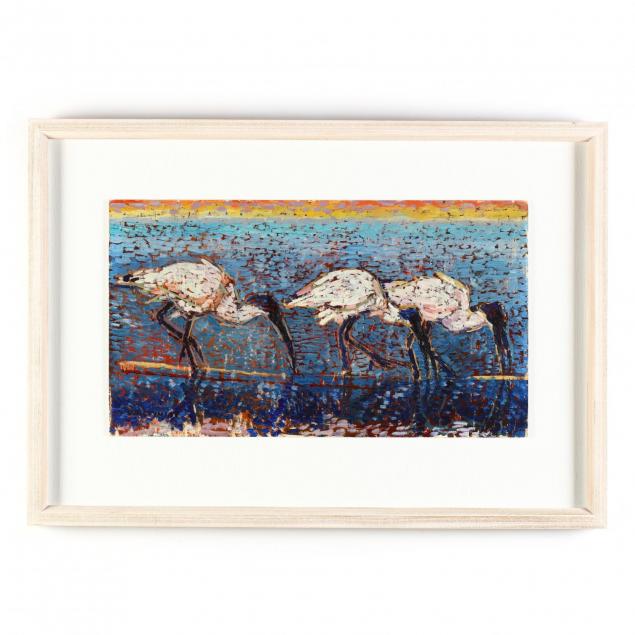 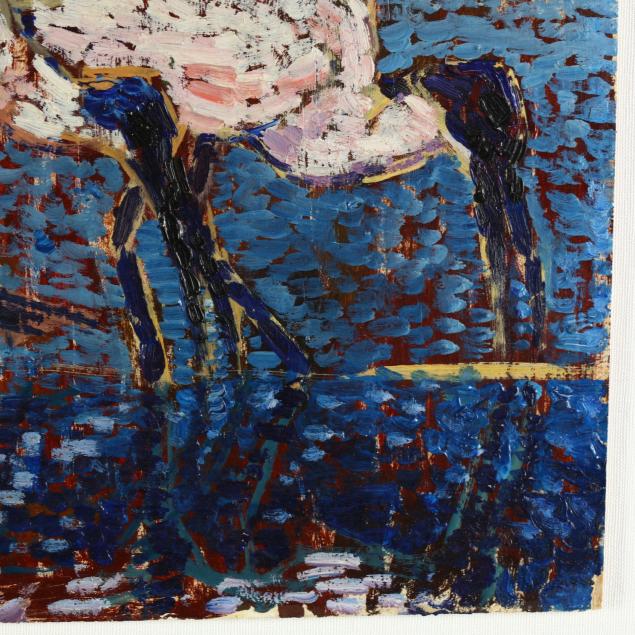 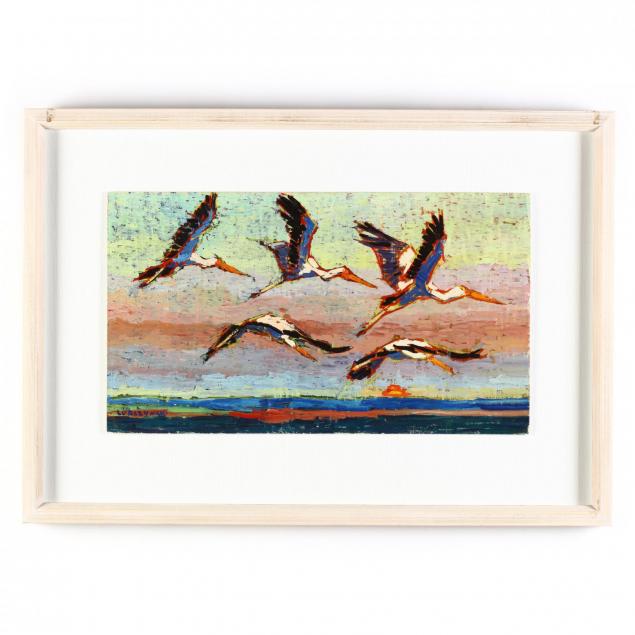 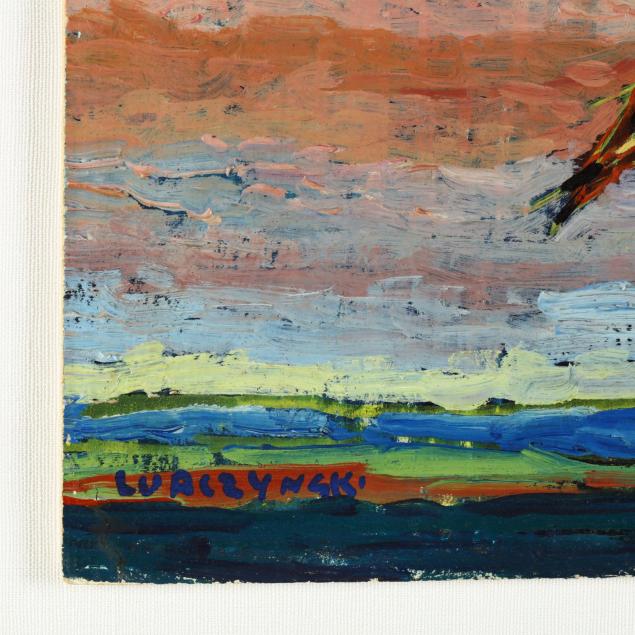