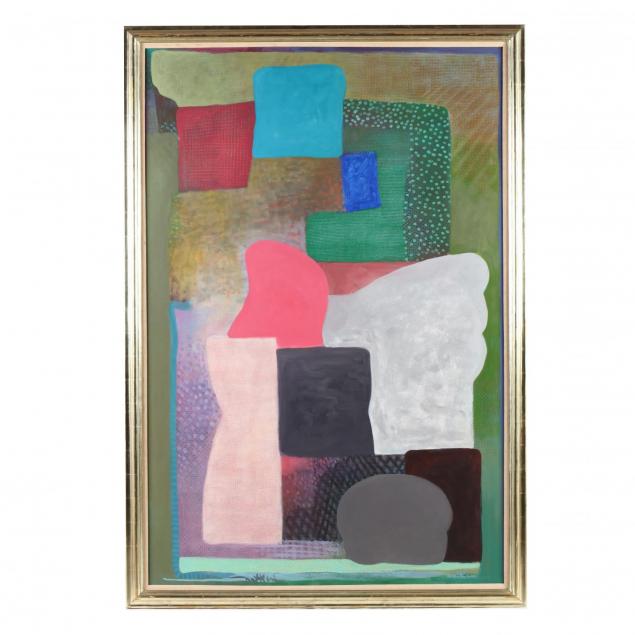 Educated at the School of the Art Institute of Chicago, Natkin achieved his greatest success as a painter following his move to New York in 1959. Inspired greatly by the Post-Impressionists and Abstract Expressionists, Natkin synthesizes his own unique compositional arrangements and techniques through the layering of colors and forms on large scale canvases.

In the artist's introduction to Robert Natkin: Recent Paintings from the Hitchcock Series (Exhibition catalogue, Gimpel & Weitzenhoffer Ltd., New York, 1985), Natkin describes his relationship to the cinematic work of Alfred Hitchcock as:
"Hitchcock dealt with life’s inescapable and frightening contradictions in a manner much different from Rothko and Van Gogh. There is no self-mutilation; there need not be. He created myths to dramatize and celebrate love and horror. Hitchcock accepts and seeks to reveal what is known and intuited at all levels. Nothing gets denied. If there is a price to be paid for complete seeing, it is the dread of contradiction, uncertainty, duplicity; but there Hitchcock dresses in riddle and laughter. The contemplation of his work prepares me to admit and inspires me to accept my collusions with the demons within."

Some rubbing and re-touch to frame. 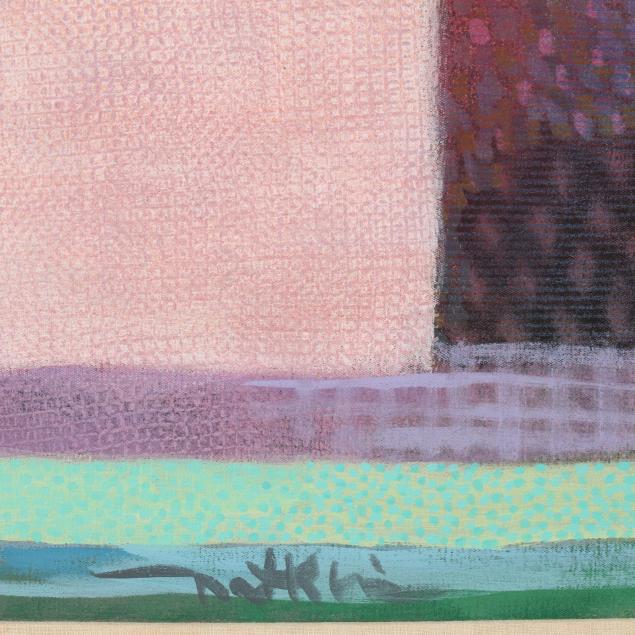 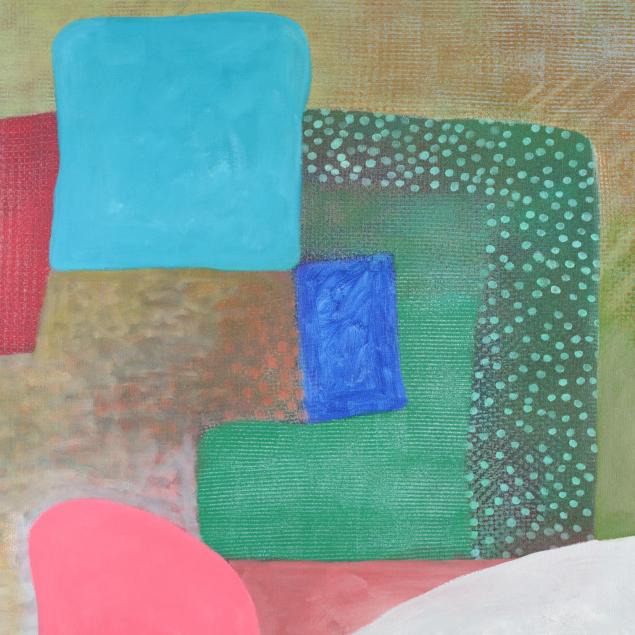 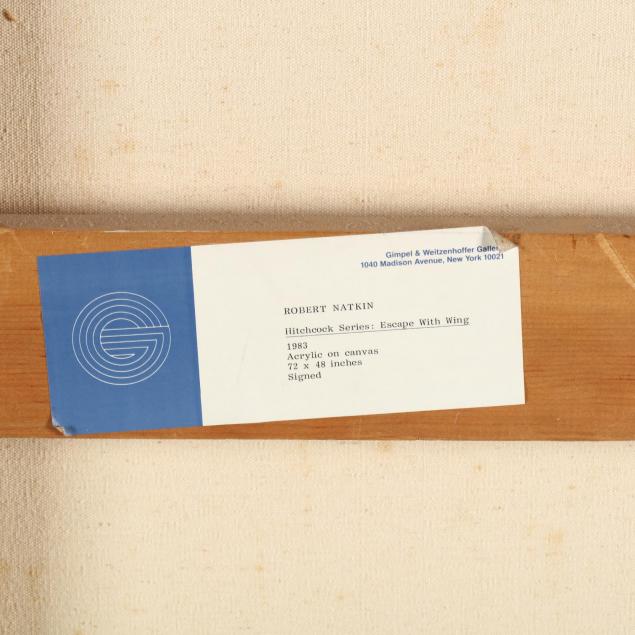 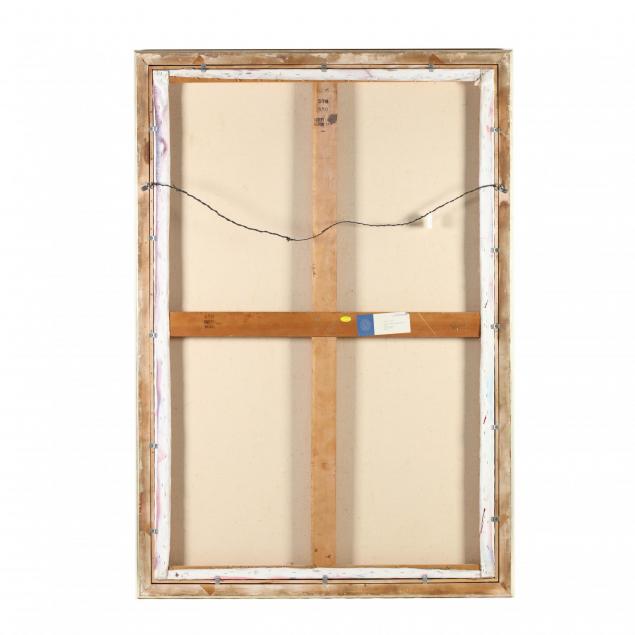