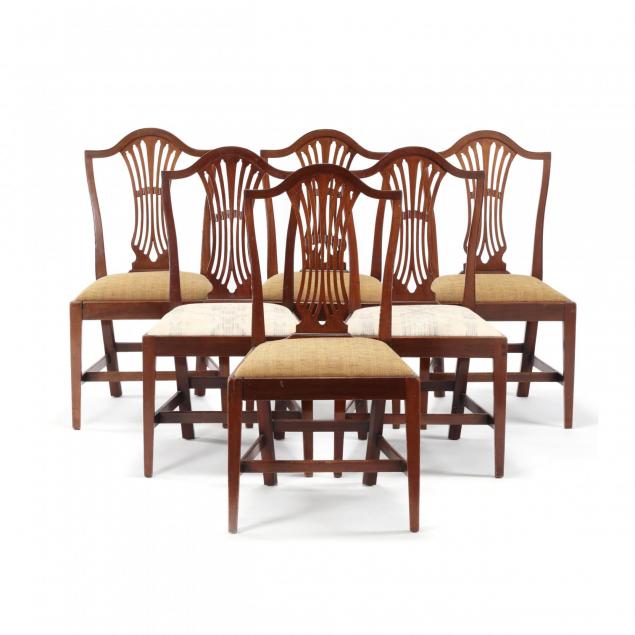 Later upholstered seats (four of one pattern and two of another); later corner blocks; four chairs with slightly loose joinery; one chair with cut and tipping to all four feet. 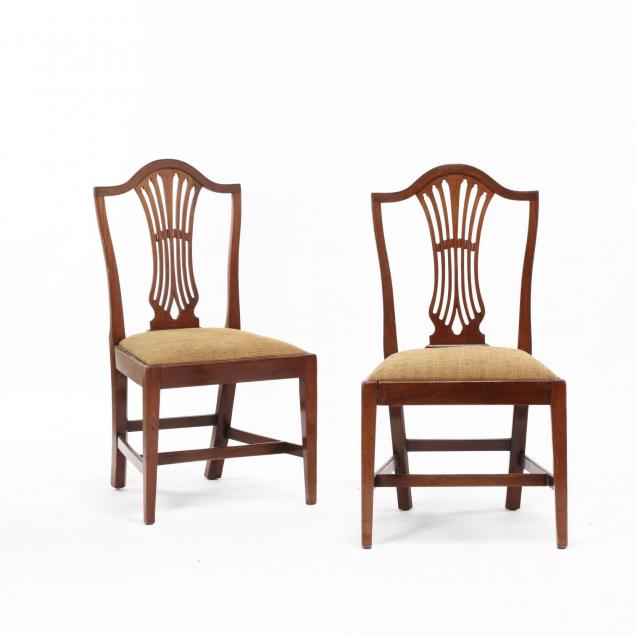 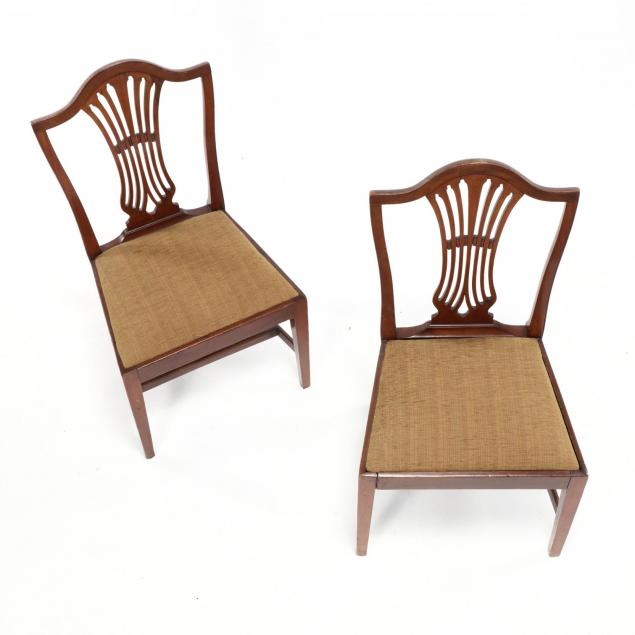 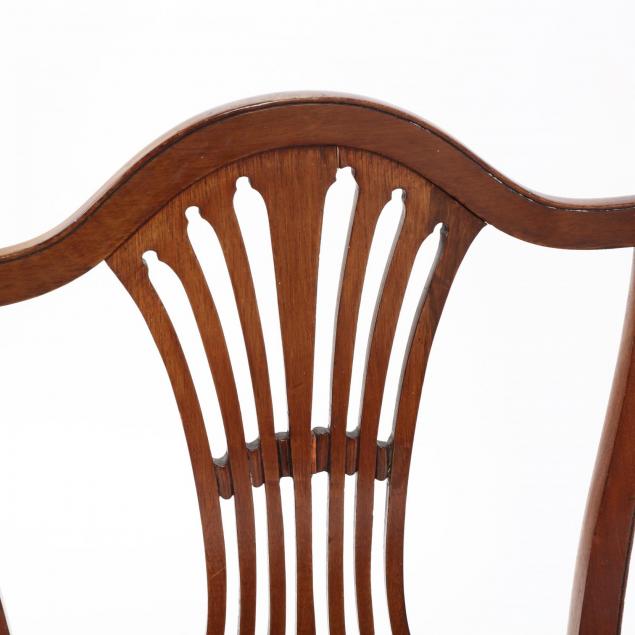 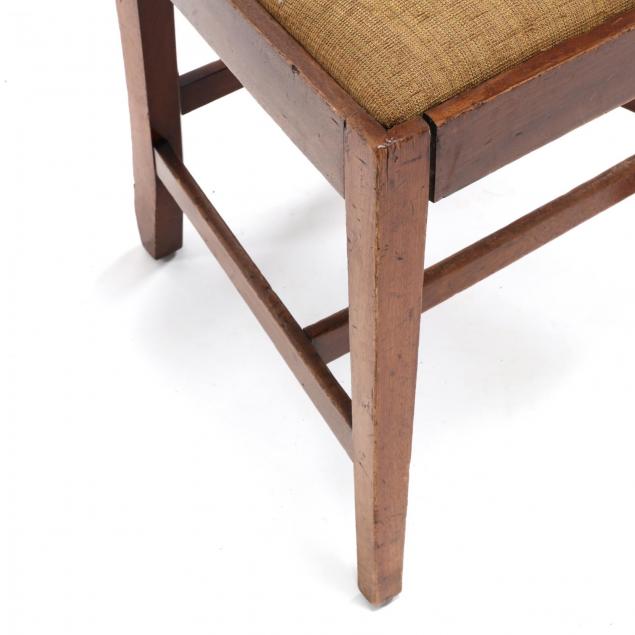 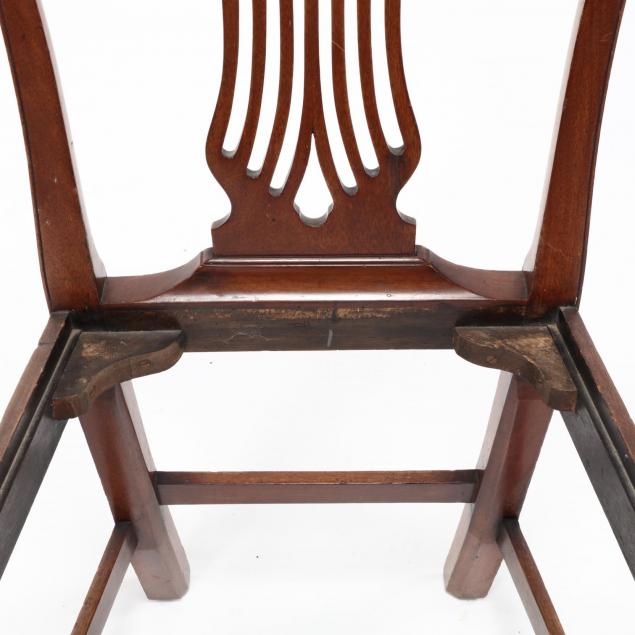 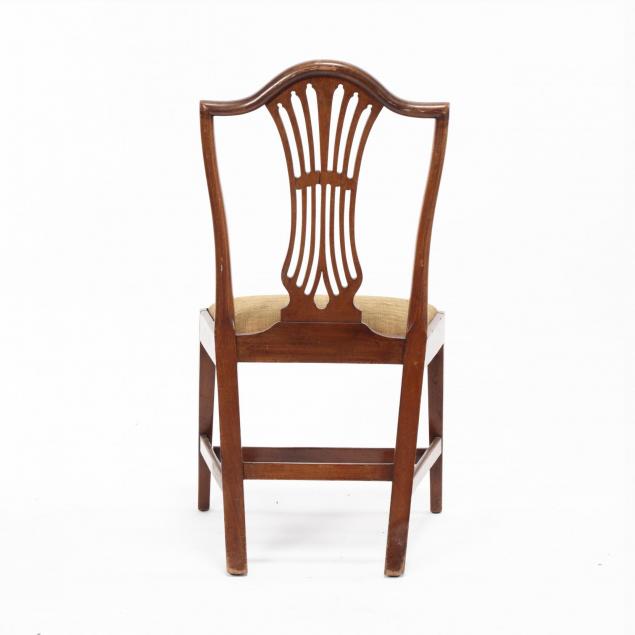 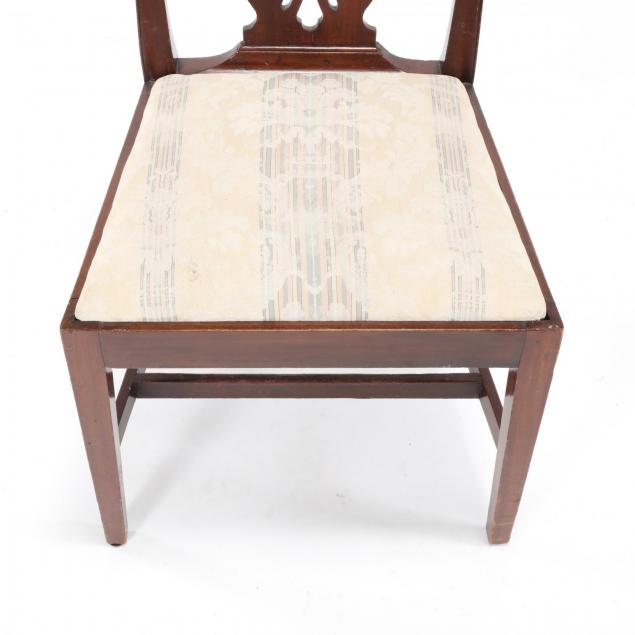