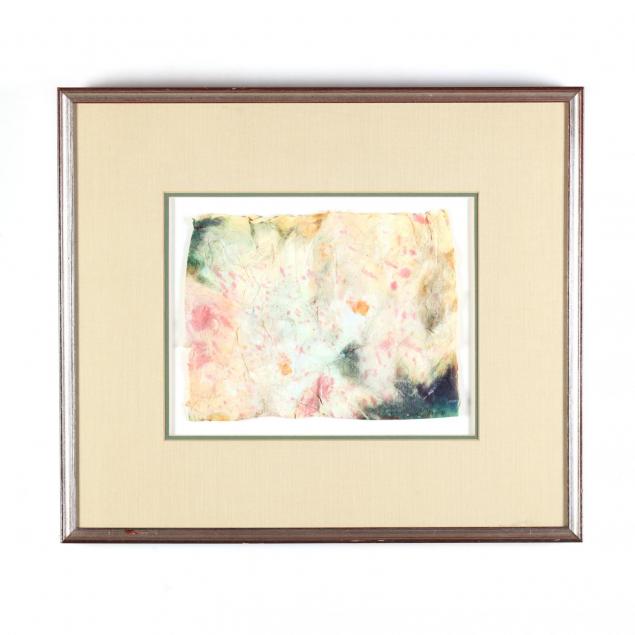 Acquired by Dick & Mary Jo Bell directly from the artist in Washington, D.C. in the mid-1970s.

The Bells were instrumental in developing the arts scene in NC. A noted landscape artist, Dick Bell studied at NC State University. In 1955, he began work on the Water Garden development in Raleigh, where his wife, Mary Jo, opened the Garden Gallery. The first exhibition opened in 1963 and the gallery remained an important fixture on the contemporary art scene in North Carolina until its closure in 2006.

Born in Tupelo, MS, Gilliam is closely associated with the Washington Color School. Active and highly regarded throughout his long career, interest in Gilliam's work has soared since a commission from the Smithsonian's National Museum of African American History & Culture and recent acquisitions of his work by The Metropolitan Museum of Art and MoMA in New York.

Minor nicks to frame - not examined out of the frame. 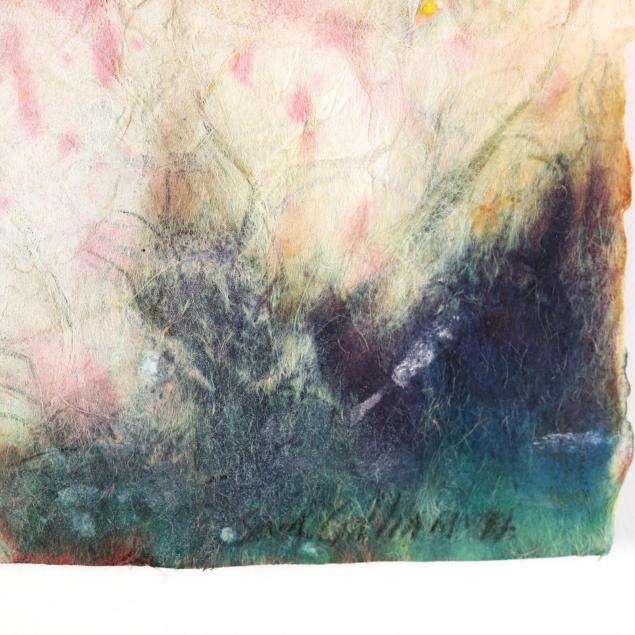 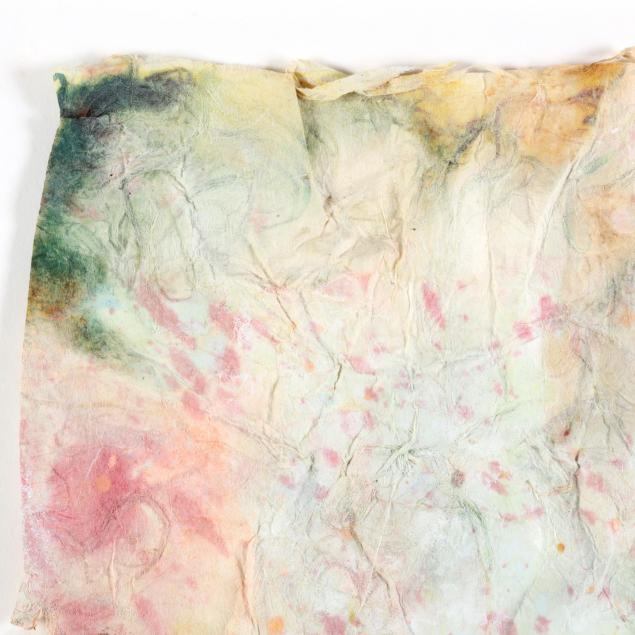